Activists and opposition groups have called on people to take to the streets again over the next few days. 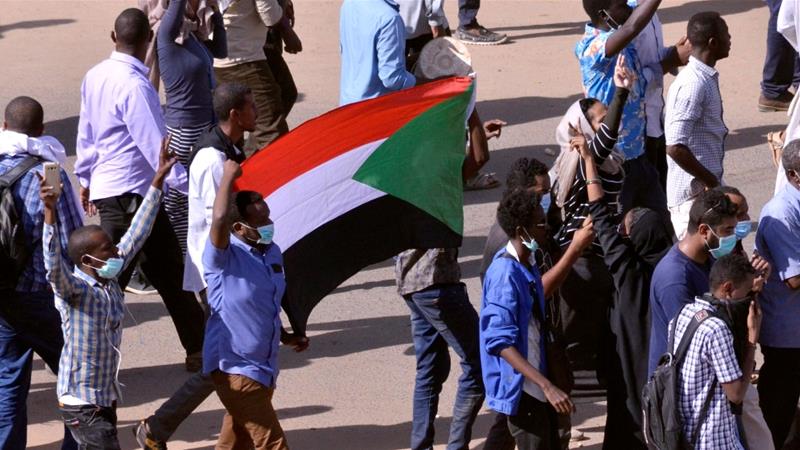 A network of Sudanese journalists has started a strike in the wake of deadly protests sparked by an increase in bread prices, while opposition groups have called for further rallies.

Angry crowds have taken to the streets in the capital Khartoum and several other cities since December 19, leading to a crackdown in which a number of protesters have been killed.

“We declare a three-day strike from December 27 to protest against the violence unleashed by the government against demonstrators,” said the Sudanese Journalists’ Network, which advocates free speech, on Thursday.

Sudanese authorities say eight protesters have been killed in clashes, but Amnesty International has put the death toll at 37.

The Popular Congress Party, which is part of President Omar al-Bashir’s government, says that 17 people have been killed and 88 wounded in clashes.

Journalists in Sudan frequently complain of harassment from the authorities, and the African country has a dire rating on international press freedom rankings.

Entire print runs of newspapers are often confiscated over articles deemed offensive by the powerful National Intelligence and Security Service (NISS), which is spearheading the ongoing crackdown on protesters.

Doctors have already been on a strike since Monday.

Police and security officers remained deployed in several parts of the Sudanese capital on Wednesday, but for the first day in a week no new demonstrations were reported.

Activists and opposition groups have called on people to take to the streets again over the next few days.

“We urge the Sudanese people to continue their demonstrations until success is achieved by overthrowing the regime,” the Sudanese Communist Party said in a statement.

Several members of the party have been arrested by security agents since the protests started.

“We also call on all opposition parties to unite and work together to coordinate this movement.”

Protests initially started in towns and villages and later spread to Khartoum, as people rallied against the government tripling the price of a loaf of bread from one Sudanese pound to three ($0.02 to $0.06).

Demonstrators have also been marching against Sudan’s dire economic situation and some have called for the president’s resignation.

After the protests erupted, Bashir, who has been in power since a 1989 coup, vowed to “take real reforms” to tackle the country’s financial difficulties.

Sudan is facing an acute foreign currency crisis and soaring inflation despite the lifting of an economic embargo by Washington in October 2017.

The rate of inflation is as high as 70 percent and the Sudanese pound has plunged, while shortages of bread and fuel have regularly hit several cities.