SUITCASE killer Heather Mack's ex and accomplice Tommy Schaefer has been struck down by both TB and Covid while living in squalor in prison, The Sun can exclusively reveal.

Mack was released last Friday for 'good behavior' after serving seven years for assisting Schaefer to kill her mother Sheila von Wiese Mack, a wealthy Chicago socialite, back in 2014. 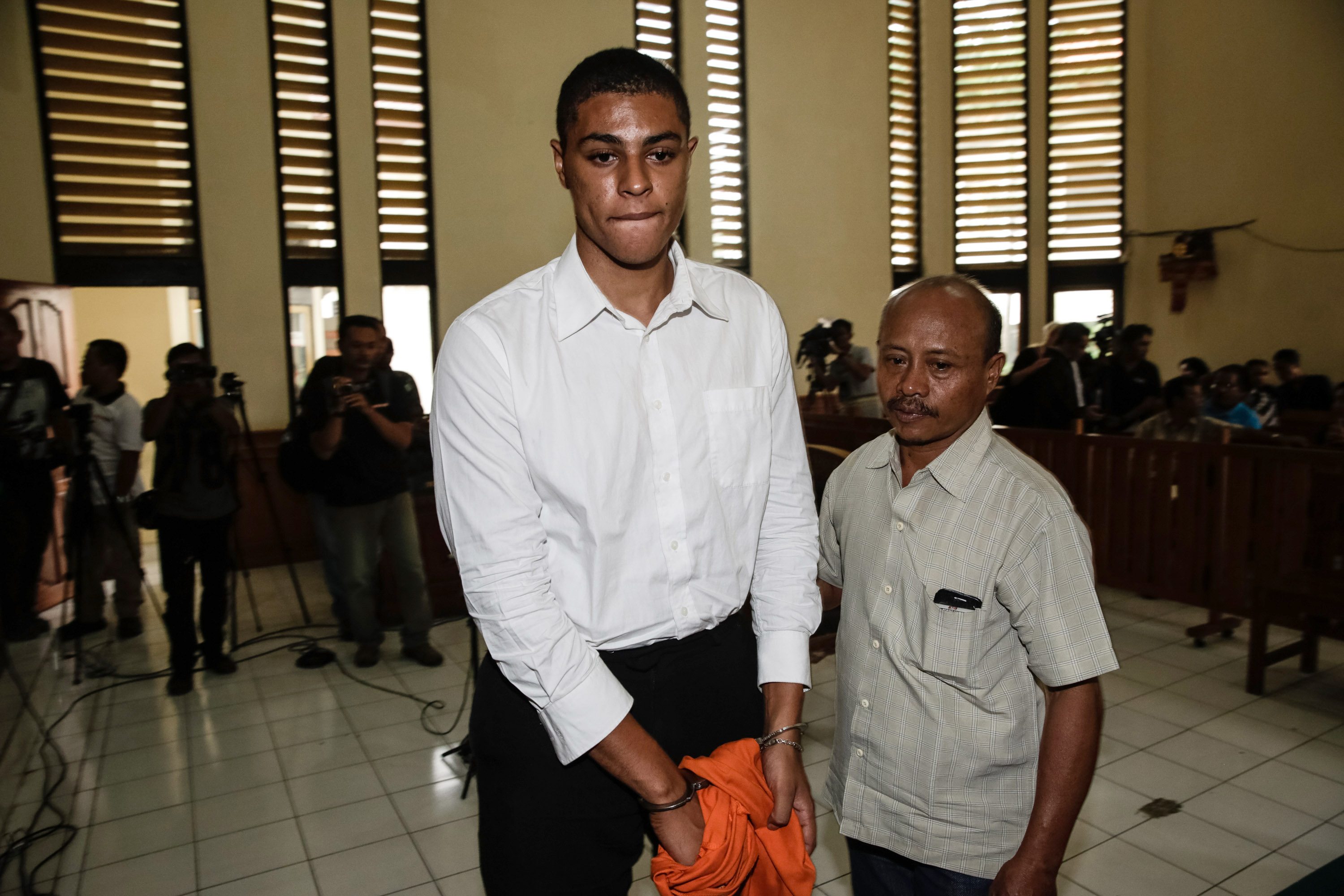 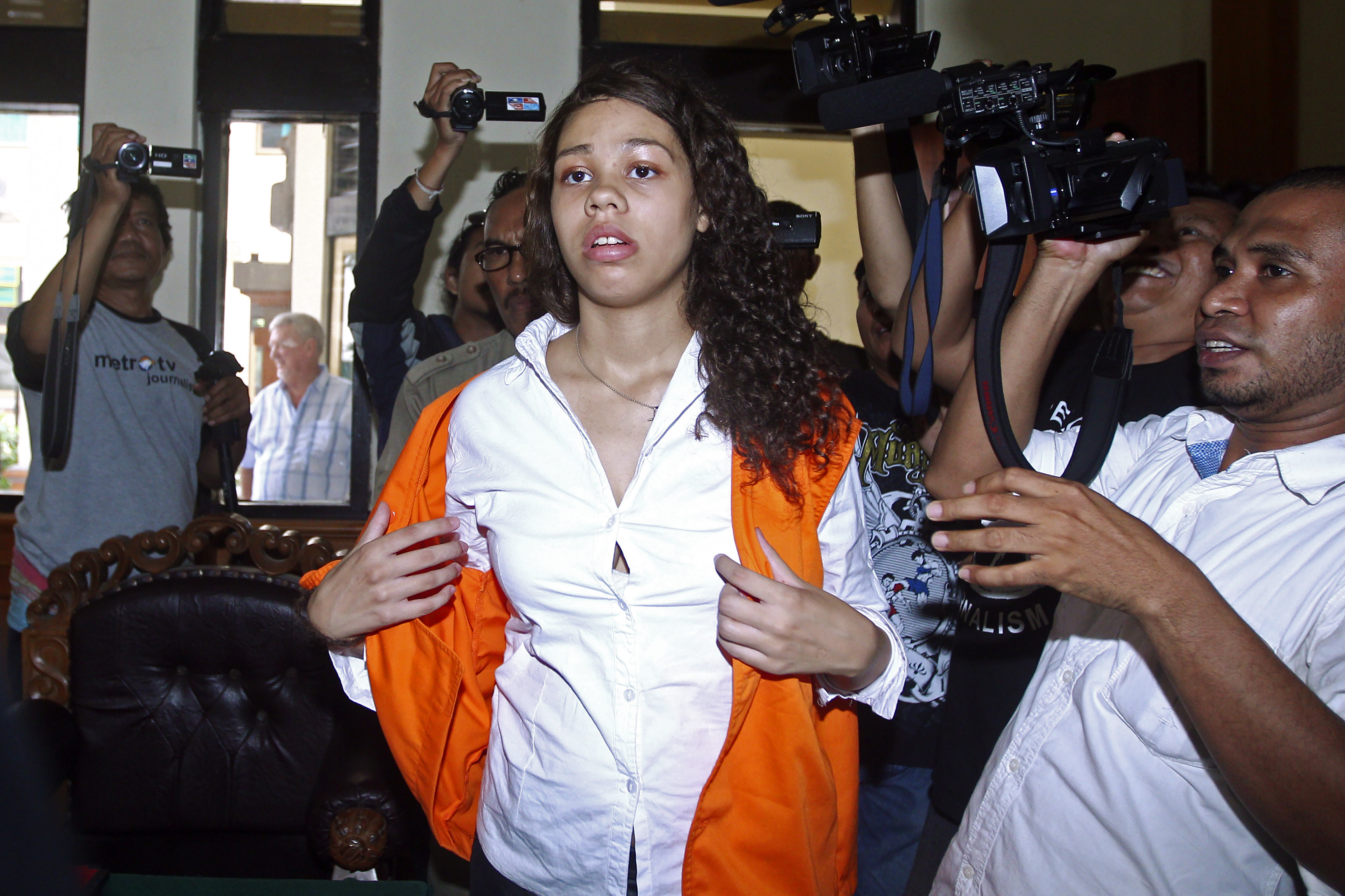 But he still has 11 years of an 18-year sentence to go and the difference in their prison lifestyles couldn't be more stark.

Schaefer – who's turned to God during his time behind bars and is full of remorse – suffers from malnutrition while battling health problems, a close friend has claimed.

The pal exclusively told The Sun: "Tommy is doing okay, it's been a tough couple of years, he got TB in 2019 and was very sick for about nine months and then, in early 2021, he got Covid.

"His health has been a struggle, but he's hanging in there and trying to make the best of the situation.

"He definitely still uses his faith for his strength and to become a better person. He has grown up and matured a lot in the last couple of years.

"Tommy feels his sentence is fair for what he did, so he doesn't feel like he should be getting out, although he does feel Heather should have got an equal sentence.

No visitors have been able to enter the prison for over 20 months because of the pandemic and he has little money coming in from family in the US.

Money is vital in Bali's Kerobokan prison as it enables inmates to buy decent food and other provisions.

Schaefer refuses to own modern items like a cell phone – despite being banned in the jail, almost every Westerner has one – as he'd prefer to spend his time helping others and reading the bible.

Mack, 25, was escorted to the airport Tuesday for her deportation to America.

She flew from Jakarta to Chicago with her young daughter, who had previously been living with foster parents, and they plan to live with a friend of Mack's.

Schaefer's pal went on: "Their experiences in prison have been totally different, Tommy has definitely suffered more. Heather has bought her way through her time.

"Most of Tommy's hardships come from the lack of food and clean water, malnutrition, which makes him susceptible to the various viruses and diseases in the prison, and the lack of medical or dental facilities.

"You need money for everything – he hasn't had a phone for three years.

HE HAS NO MONEY

"Tommy doesn't want to live in the foreigner's block, he prefers living with the Indonesians, they are more peaceful people and help each other out.

"He spends most of his time reading the Bible and going to church. Having conversations about his faith is what makes him happiest especially when it helps someone who is lost or struggling.

"He feels that being in prison in Bali has made him a better person and led him to the path he was meant to be on."

The Sun has reached out to Schaefer's attorney for comment.

The former couple, who murdered von Wiese Mack, had stuffed her corpse in a suitcase before stashing it in the back of a taxi while holidaying in Indonesia.

Her daughter was handed a 10-year sentence for helping plan her mom's murder and during their sensational trial in 2015 and gave birth to daughter Stella in prison.

The trial heard how the killing was carried out in room at Bali's five-star St. Regis resort.

Police said the hotel's CCTV showed the couple had argued with von Wiese-Mack in the lobby shortly before the killing, which is alleged to have taken place inside one of the rooms.

Mack insisted in an interview with news.com.au that she had "planned it all in Chicago."

"But when it happened at the hotel it wasn’t like that," she said. "There were huge knives in the kitchen for cutting up pineapples. If we had planned to kill her then, we would’ve gone for the knives.

"It just happened in the heat of the moment. He beat her to death with a fruit bowl that was in his hand."

ON A RELIGIOUS PATH

She said stuffing her corpse in a suitcase was her idea.

"So we wrapped her up with tape, put her in a suitcase, and got it outside to a taxi.

"But when we refused to let the taxi driver help us put the suitcase in the back of his car he became suspicious. He thought it was drugs, he wanted to open it, so we left it and ran.

"Yes, I feel remorse. She didn't deserve to die."

But an insider previously told The Sun Mack basked in being the most famous criminal at Kerobokan prison, telling inmates: "I'm Heather Mack, the one who killed my mom."

She also allegedly brawled with death row gran, Lindsay Sandiford, 65, who was sentenced to death by firing squad after being caught with 10lb of cocaine on a flight from Bangkok to Bali.

"Heather and Lindsay hate each other, they would smash things against each other. They're not friends," the source said. 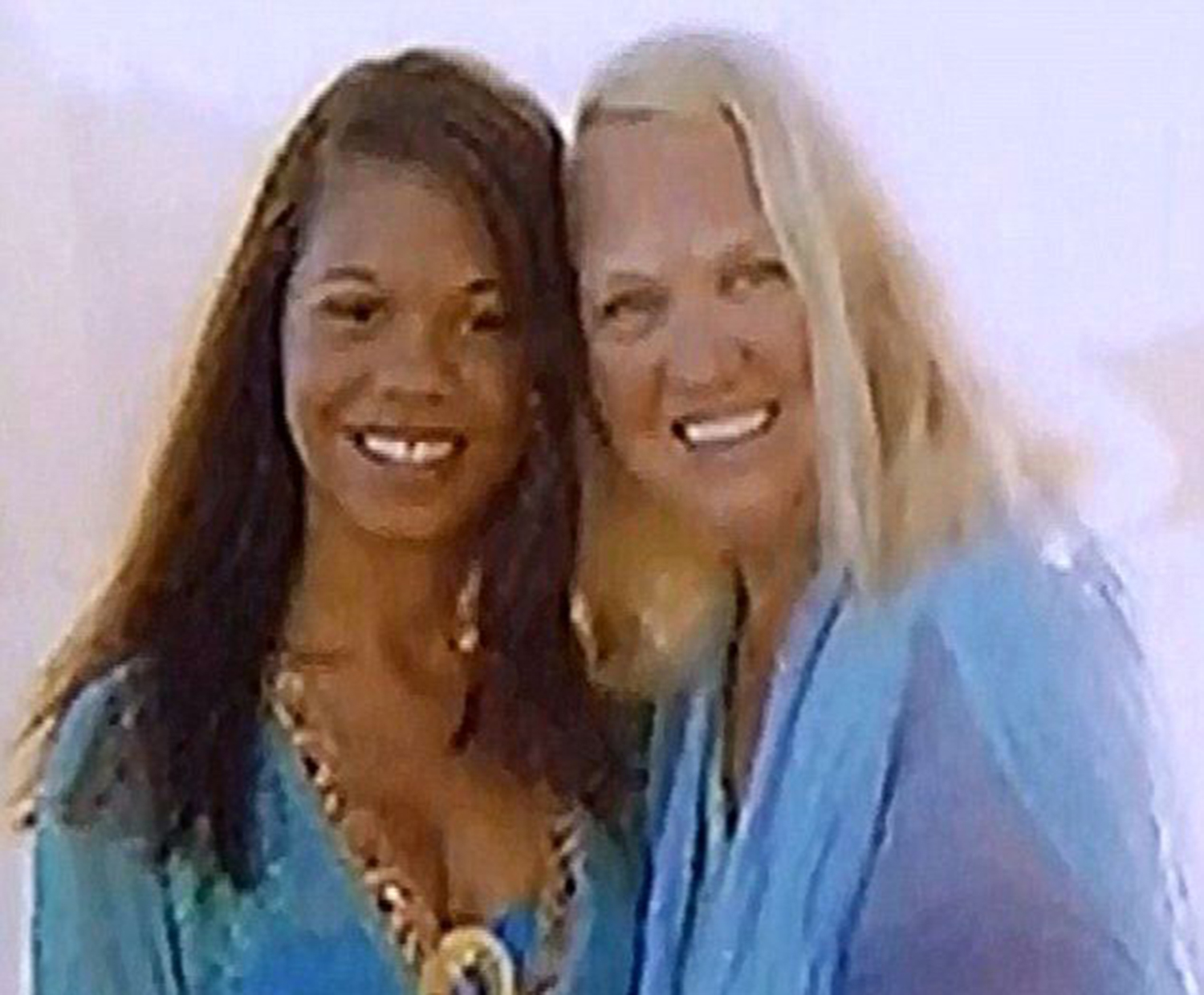 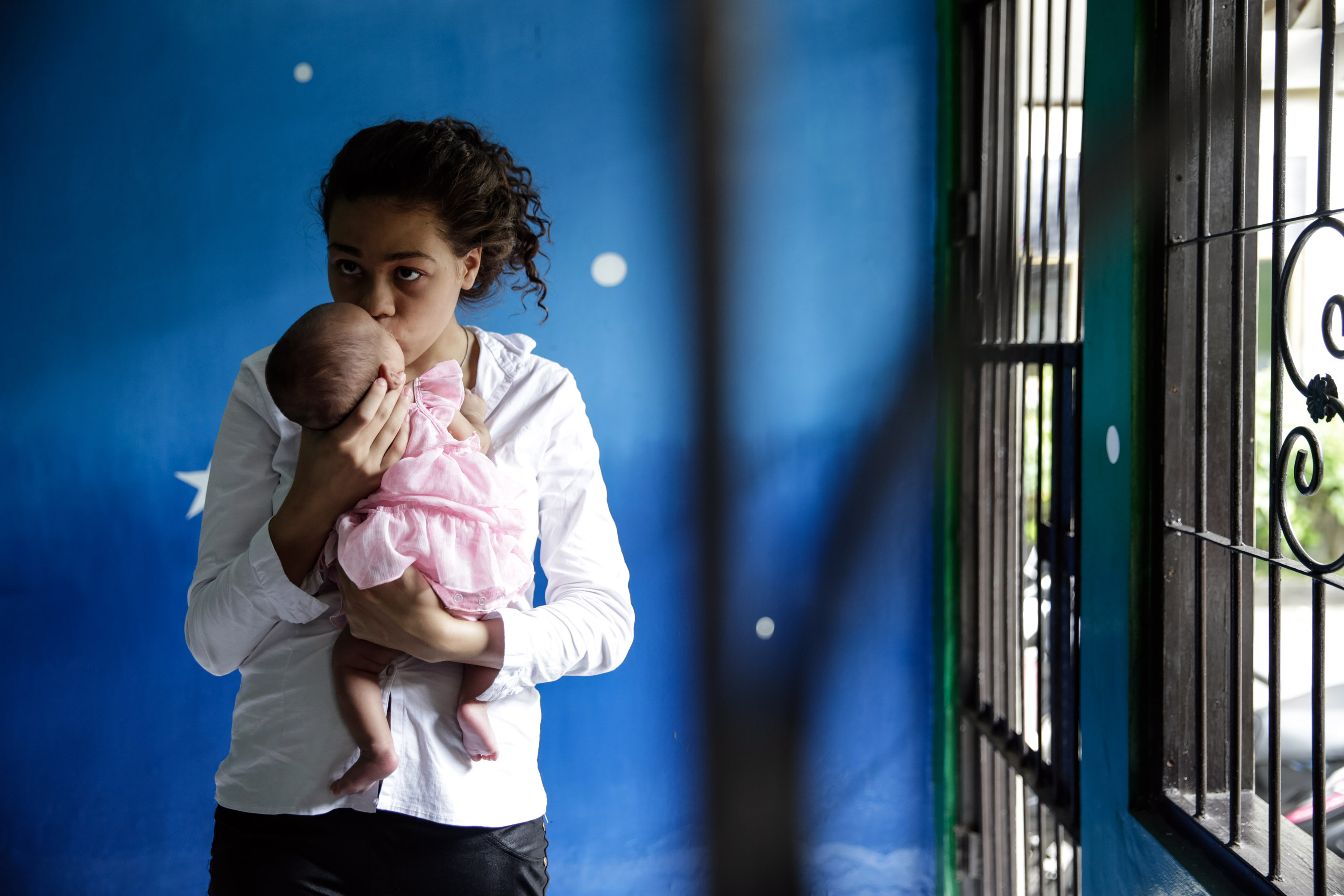 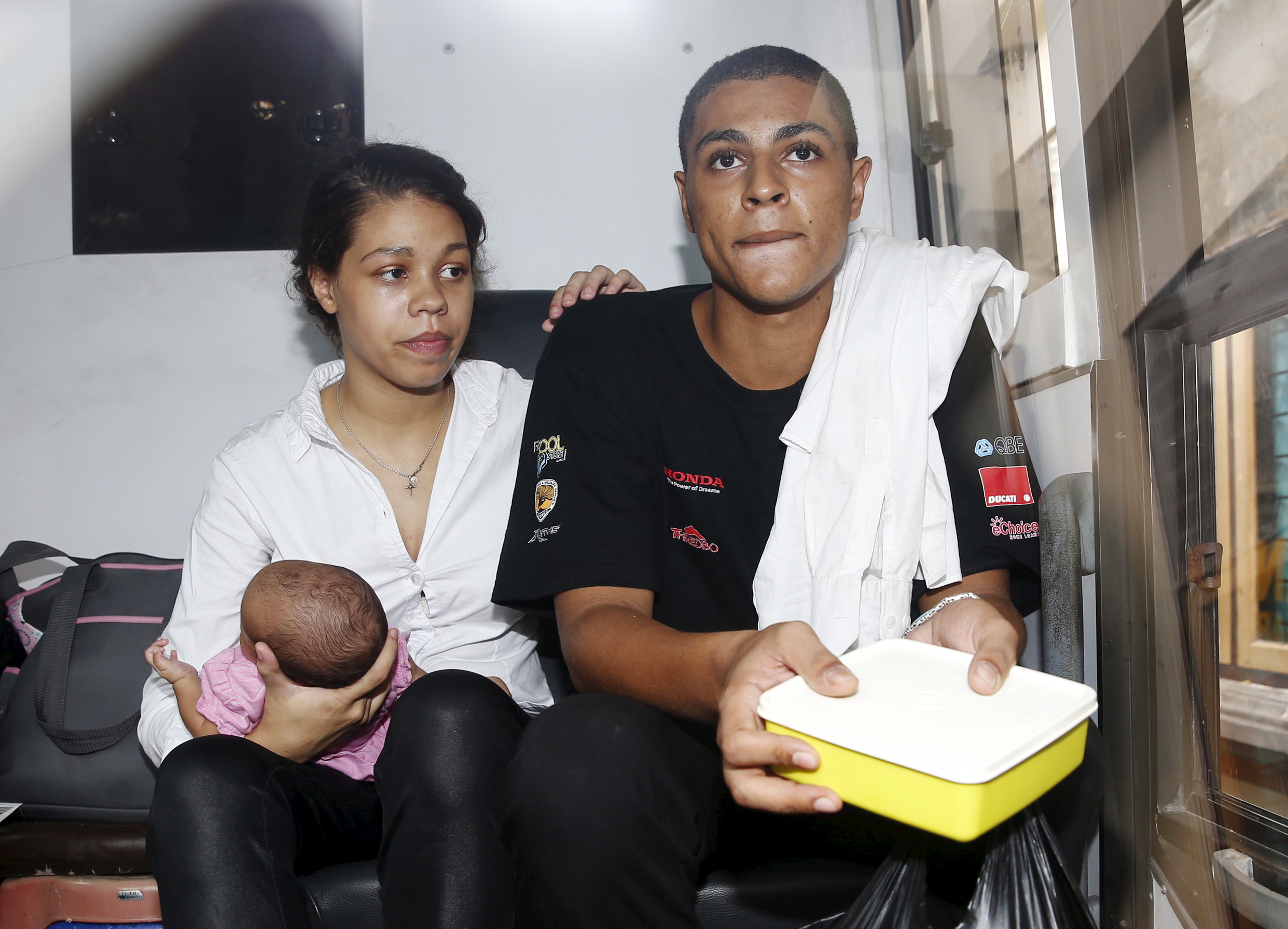