Many Victorian tourism businesses have been buoyed by a bumper summer, with accommodation booked solid in coastal towns.

But the looming loss of JobKeeper payments at the end of March, combined with fears the return of international visitors could be delayed until as late as 2023, has some fearing they may still go to the wall. 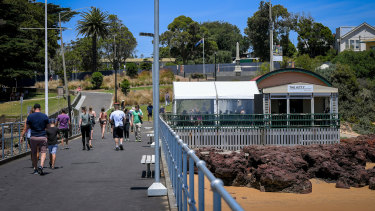 Summer has been busy at Phillip Island with domestic visitors but many businesses are struggling with the lack of international tourists. Credit:Eddie Jim

The end of the summer tourism peak and uncertainty about freedom to travel between states also loom as major tests for the beleaguered sector.

This week the Tourism Transport Forum released research showing the national tourism industry would lose an estimated $6.8 billion between December 24 and January 31. It estimated Victoria would lose 85,300 jobs by September if JobKeeper was not extended.

Phillip Island has been a popular destination for international travellers, the loss of which has left its tourism businesses grappling to find ways to withstand the loss of income, while increasing their appeal to domestic visitors.

Phillip Island Chocolate Factory owner Panny Letchumanan said before the pandemic about 40 per cent of visitors were foreign tourists, mostly from China. 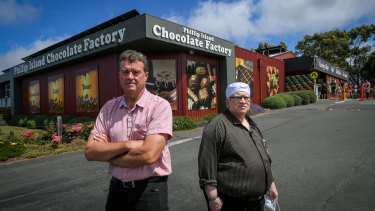 But prolonged international border closures, the expiry of JobKeeper payments and continuing restrictions in Victoria were incredibly stressful.

“We will make it through, but just at the bare minimum,” he says. “We will just have to see month-to-month how we go.”

Geoff Moed, who runs the nearby A Maze’N Things fun park, said it was near impossible to operate a tourism business in another year of uncertainty.

“A lot of your business judgments, historically you always based it on last year. You think, this is what we took last year, the economy is going ok, we will expect a five or 10 per cent increase this year. But we can’t even do that because last year’s figures don’t count anymore,” he said. 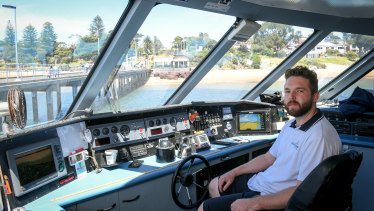 Ben Dickie, who works at Wildlife Coast Cruises with his father and founder of the business John, said they have had a steady increase in customers since the end of the lockdown, but they hold concerns for the coming 12 months.

They have about 20 employees, most of them on JobKeeper.

“That’s really what has kept us afloat during this time, even now at the moment we are still operating at 50 per cent capacity,” he said.

Dianne Ray, who operates Dianne’s Venture Tours among other tour businesses on Phillip Island, said the past eight months had been terrible. 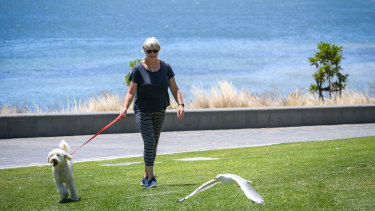 There had been some interest from domestic visitors, particularly for winery tours. But Ms Ray said the winter months would be make or break for many Phillip Island businesses.

In East Gippsland, Tony Carroll from Waterwheel Beach Tavern at Lake Tyers, said last year’s bushfires and the pandemic made for an incredibly difficult year.

“The biggest problem is finding staff. We used to say qualified and experienced staff but at the moment we are struggling to find any.“

Mr Carroll said they previously relied on international tourists to work through summer.

One day this week the pub was forced to shut its doors, which Mr Carroll said felt wrong and “so anti-hospitality”.

“It’s not going to replace what’s been lost,” she said.

She said February visitation would also be strong with people keen to avoid school holiday crowds.

But Ms Storey insisted it was too early to know whether most businesses would survive in the long-term.

“The challenge is how much debt they’ve racked up in the past nine months,” she said. “Certainly we’re nowhere near recovery at this stage.“

The board’s chairman Wayne Kayler-Thomson said the absence of international visitors was felt most at attractions such as the 12 Apostles where visits dropped as much as 60 per cent for this time of year.

However, he said caravan parks and accommodation providers were full and summer had been busy with domestic visitors.

But the holiday rush may not prevent collapse for some operators.

“If there’s an expectation all things are looking good, they’re not,” he said.

Before the pandemic, 70 per cent of their guests came from overseas.

He was distraught upon learning international borders may not be open for another 12 months.

“To say that it was devastating is probably an understatement,” he said.