Yet despite claims of haunted bedrooms and ghostly figures stalking the corridors, The Mermaid Inn in Rye, Sussex is still a firm favourite with guests. 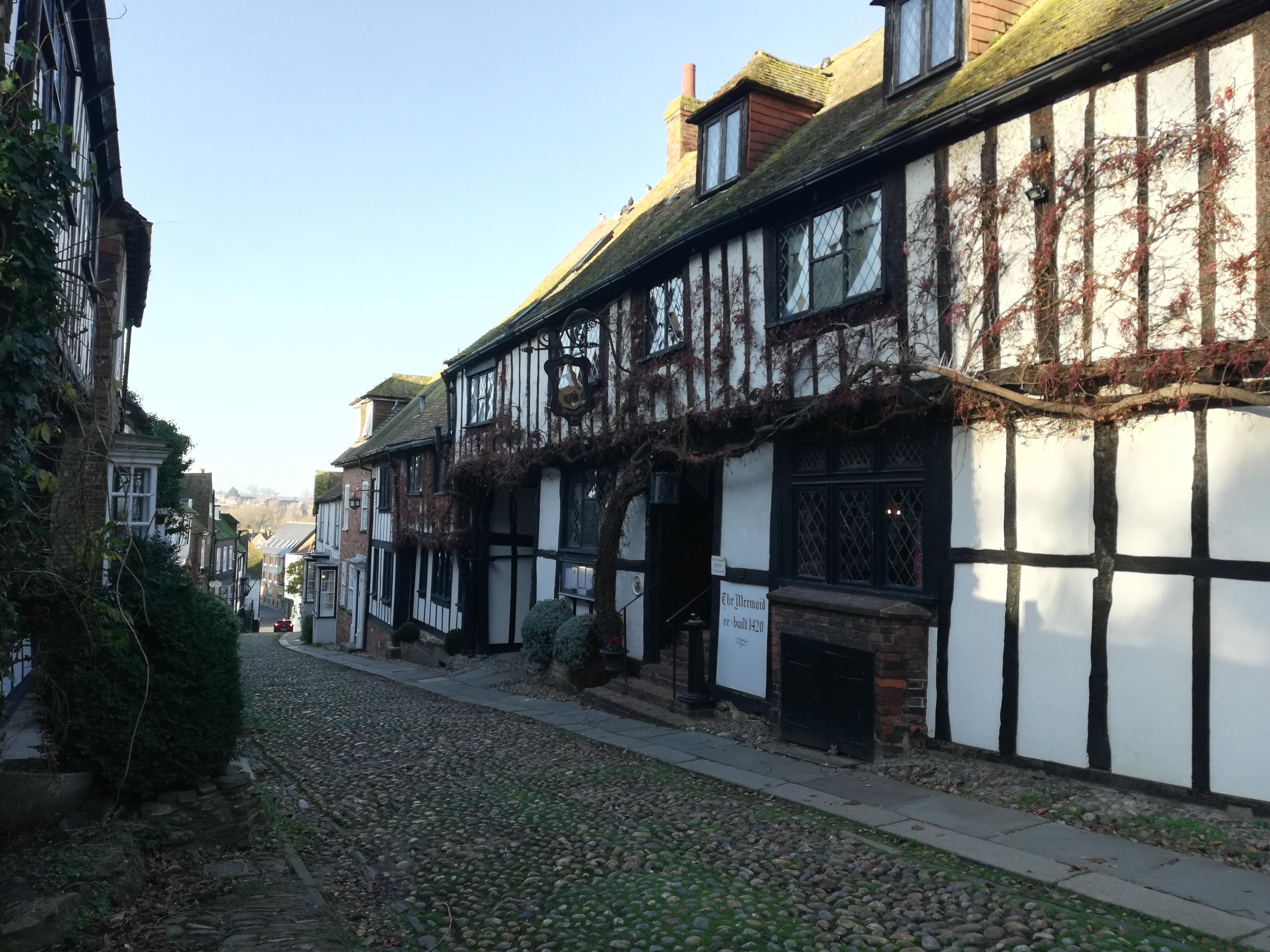 With cellars dating back to the 12th century, dozens of visitors claim to have encountered spooky experiences – from a ghoul rampaging in bedrooms, to a gentleman in fine clothes perched on the end of guests' beds and a man who walks through a bathroom wall.

Many visitors have told how they turned "icy cold" during the night, while others are convinced they weren't alone in their room – with reports of strange noises and an "uncomfortable atmosphere".

One barman even quit on the spot after all the bottles on one shelf fell off while he was tending to a fire on the other side of the room.

Armed with these terrifying tales, the Sun Online stayed at the creaking Grade II inn on a wintry night to see if we too could find proof of a ghost or two. 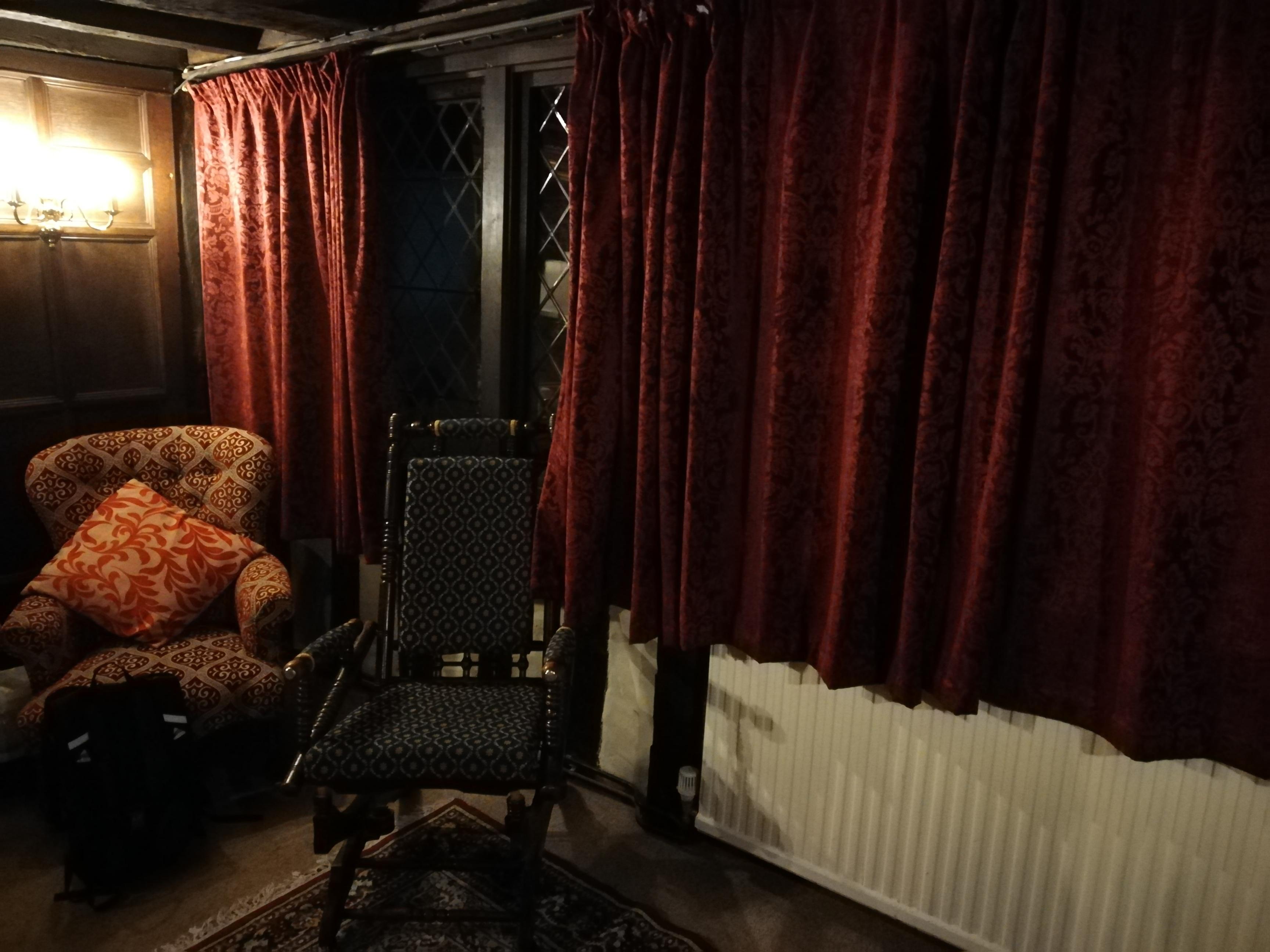 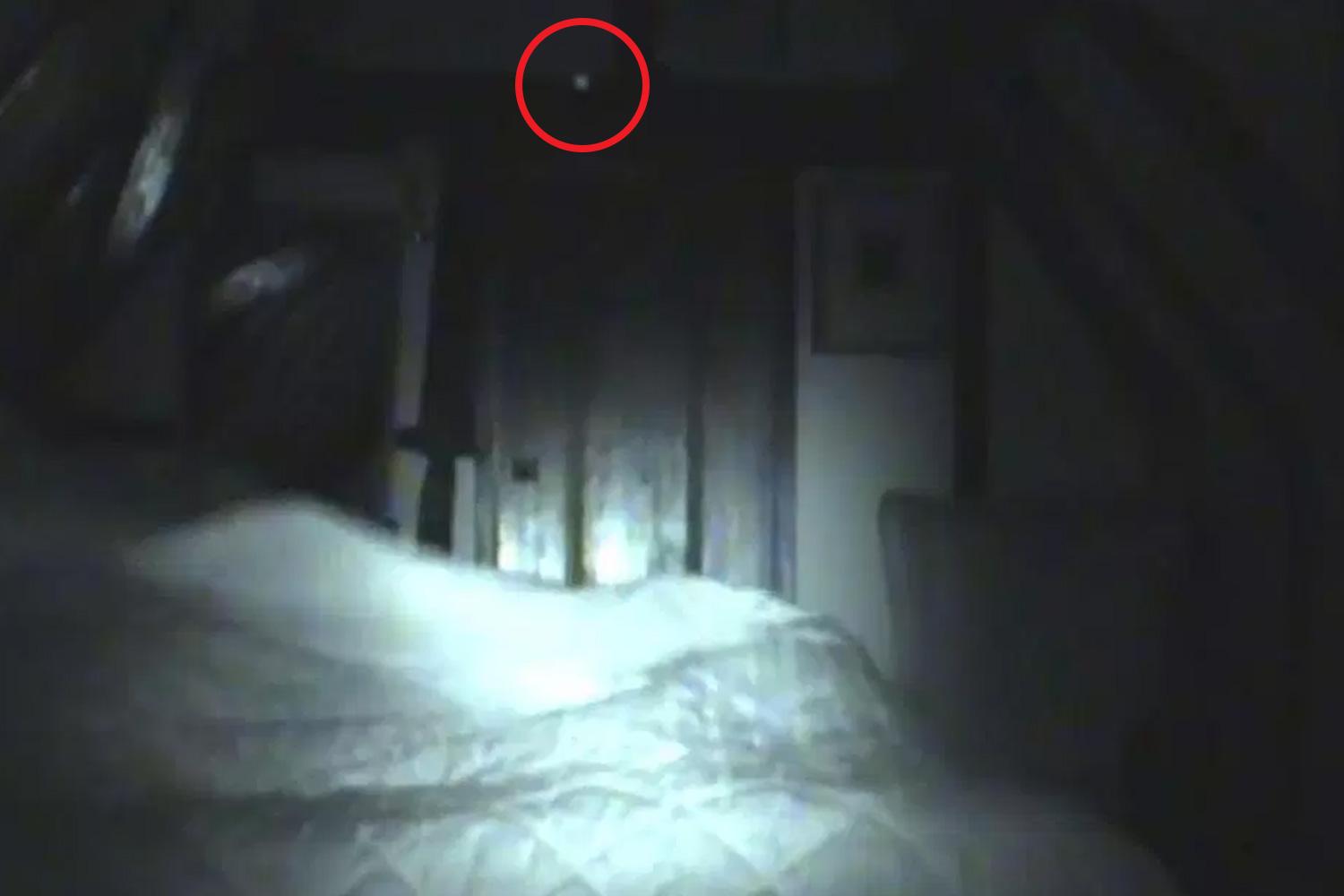 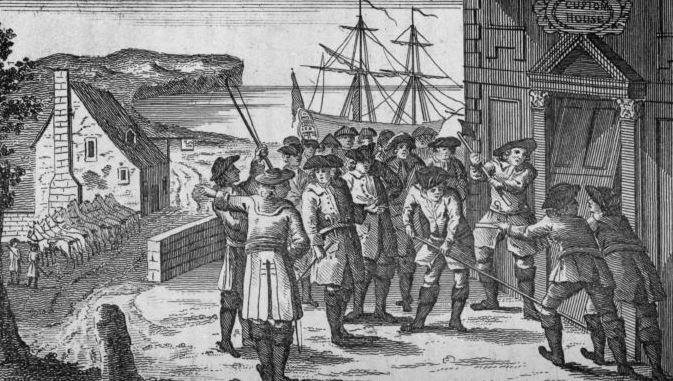 Many of the feared ghosts have links to the Hawkhurst gang – made up of around 600 men who ruled the whole marsh area Rye sits on – who seized the Mermaid and used it as a stronghold in the 1700s.

We stayed in Room 17, where chambermaids would once only enter in pairs as they were too afraid to go it alone.

Dubbed "Kingsmill" after Thomas Kingsmill, a keen murderer and second in command of the smuggling gang, the room once housed an ominous chair where a ghost is said to have rocked back and forth.

A chilling warning in the room reads: "The Kingsmill Room is said to be haunted by the ghost of a woman alleged to be the wife of Hawkhurst Gang founder George Gray.

"She supposedly haunts a rocking chair in the room.

"Rest assured that you will have a peaceful night, but when you hear those floorboards creaking…" 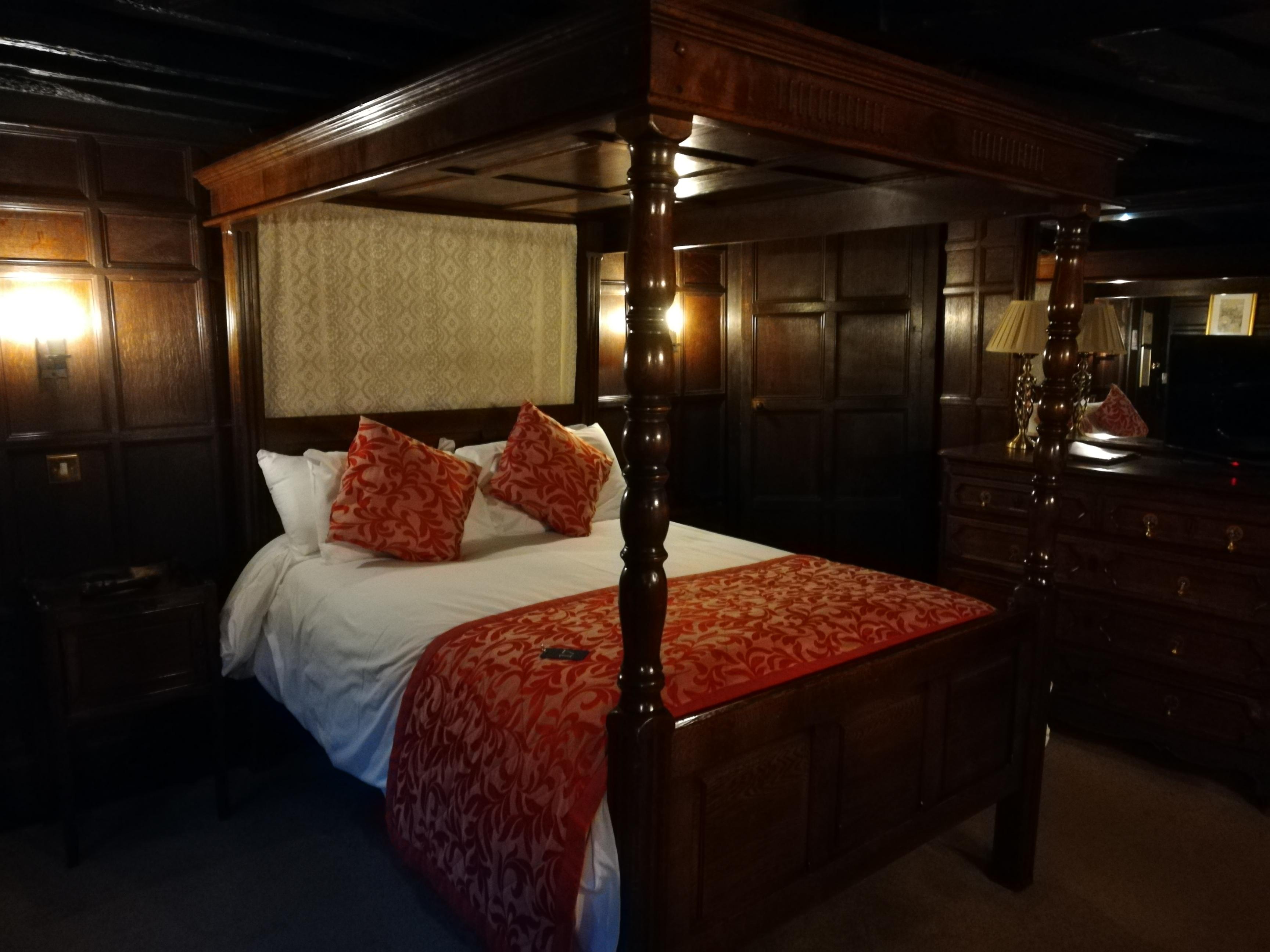 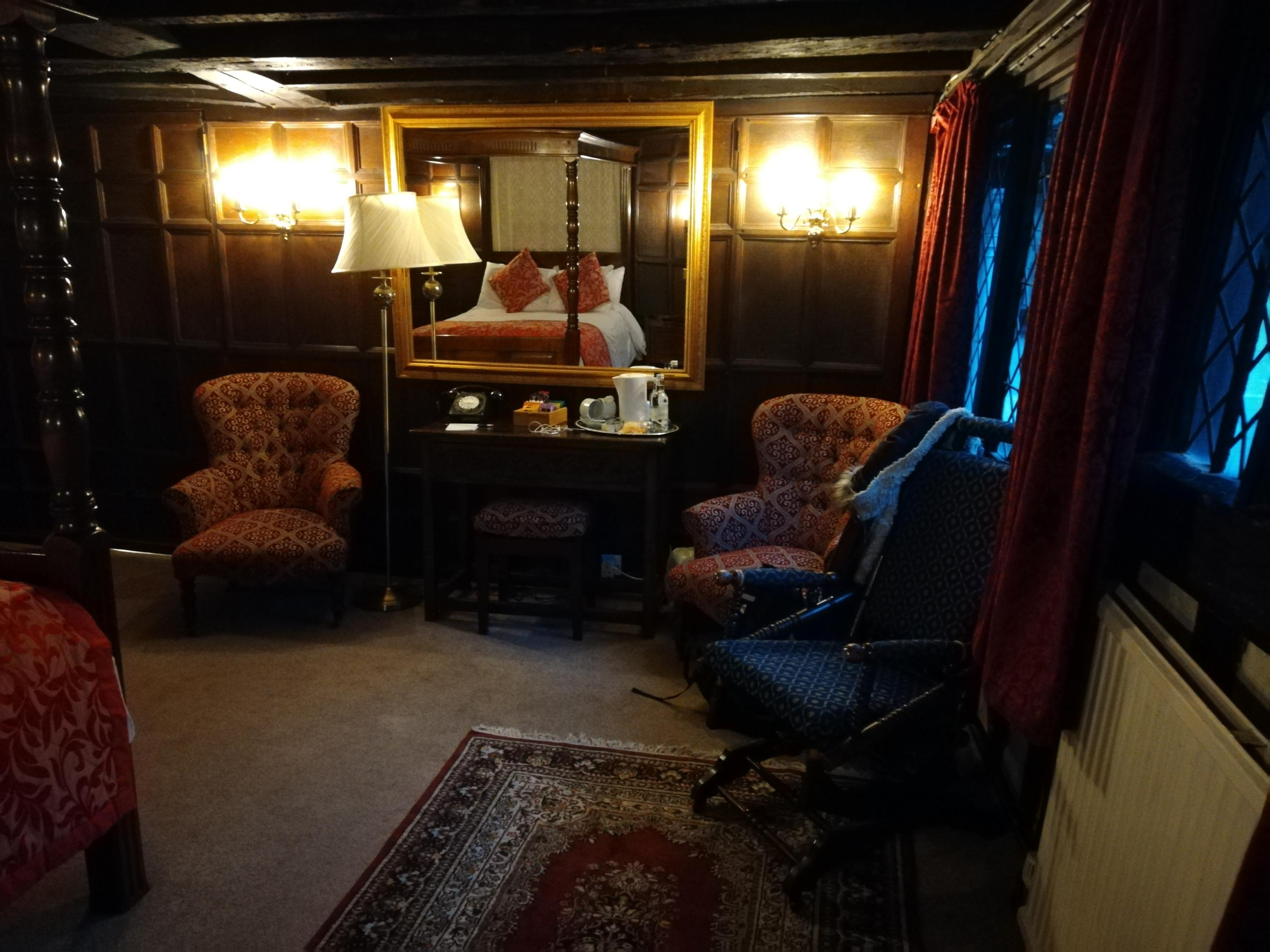 What was the Hawkhurst Gang?

The Hawkhurst Gang were named after their home village of Hawkhurst, and were one of the most famous gang of smugglers in the Dorset to Kent area.

Members of the 600-strong gang were said to often frequent the town of Rye, regularly sitting with loaded pistols on tables at the Mermaid Inn.

It is said there was a network of tunnels built by the gang for secret passage, with hidden cellars and remote barns used for storage.

They controlled the large swathe of land until their leaders, Arthur Gray and Thomas Kingsmill, were executed in 1748 and 1749.

Many guests who have stayed in the room have reported feeling "sudden cold chills" and "rattling" noises throughout the night. Others have had more terrifying experiences.

One recalled: "When my partner sat in the chair to take a photo she felt something push into her and turned cold. When we looked back at the photo it freaked her right out." The photo is said to have contained strange orbs floating around the room, which could not be explained.

Another guest at the inn said: "We got woken up at 3.30am by someone rattling on the door. There was definitely an atmosphere."

One more added: "My wife was sitting at the dressing table when suddenly the door to the room flew open by itself.

"No one was there when we went to investigate but there was a "chill" hanging in the doorway."

And Channel 5's Most Haunted crew, who visited the Mermaid in 2002, reported picking up floating orbs on camera that weren't visible to the naked eye during lighting tests for filming. 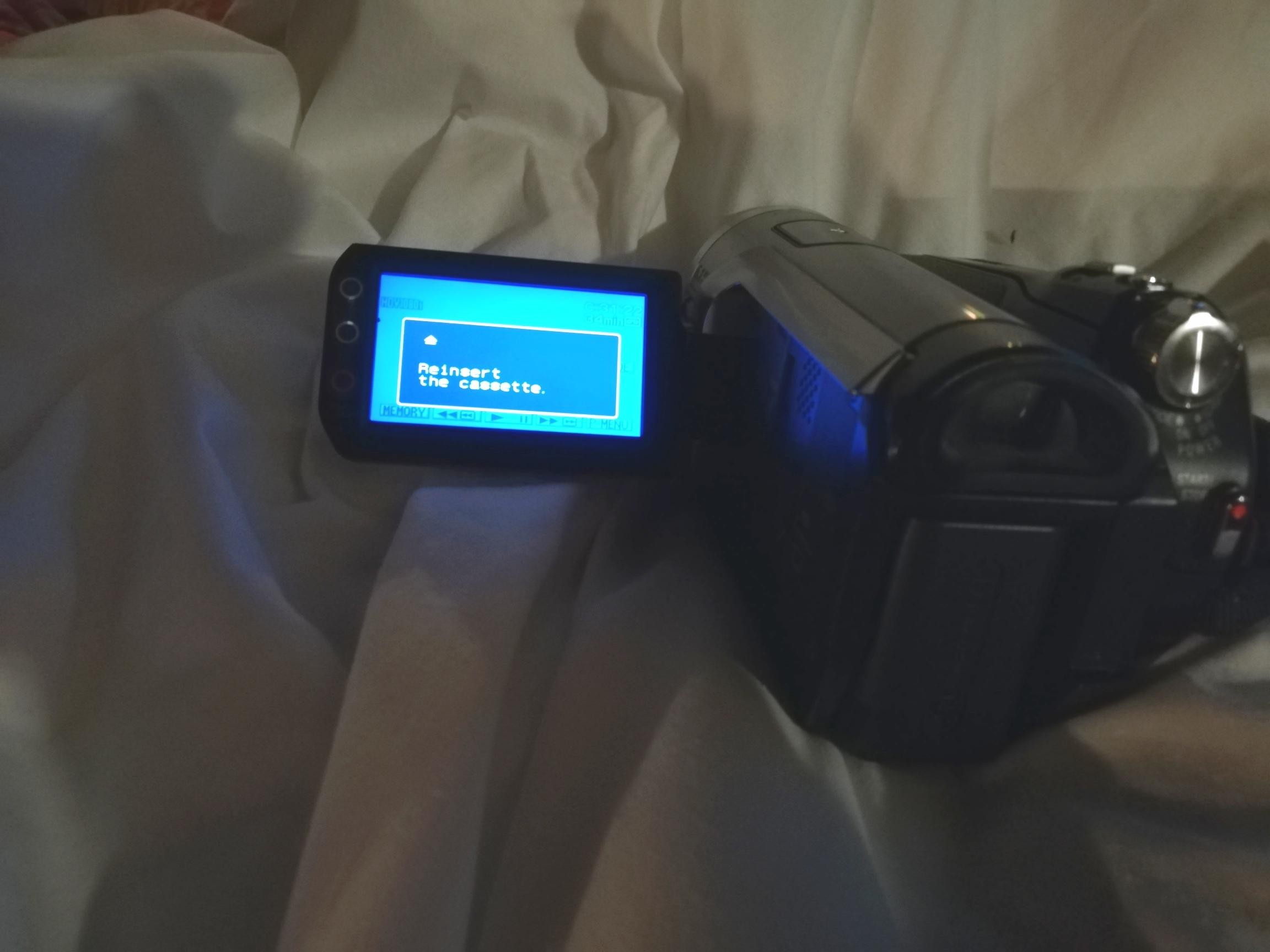 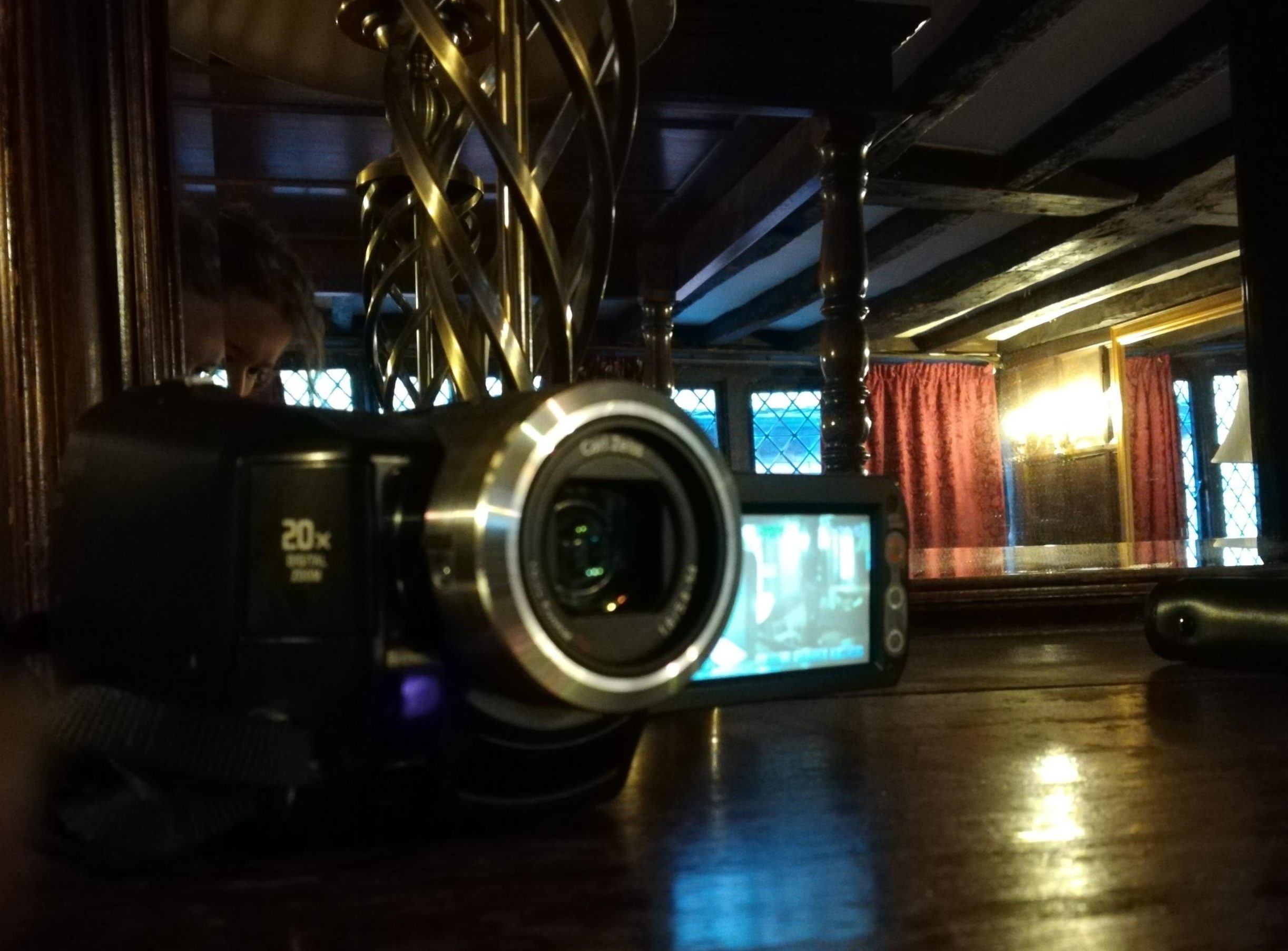 GHOSTED: Other spooky experiences at The Mermaid Inn

A 'lady-in-white' is said to have been spotted walking through the doors at the hotel and across the room before stopping at the foot of guests' beds.

Many have also reported seeing her figure sitting in the chair by the hotel's main fireplace.

Others, staying in the 'James' room, have recounted the same story of leaving their clothes on the chair – only to wake in the morning and find them soaking wet. There is no windows or leaking pipe near the chair which could explain this.

Two years ago, a couple reported to reception that while spending the night in this room, they awoke to find a 'male ghost' walking through their bathroom wall with a 'wife and child'.

Last year, a medium carried out a seance in the room with five staff members. The medium warned that, when and if he made contact with any spirits, his face and voice would change. Shockingly, his face and voice did change and he told the group a figure with a dog had entered the room and was standing in the corner. No one could see anything, but when each put their hands out to touch, they said they felt something like a dog.

Several tears ago, a bank manager and his wife awoke to find a man walking through their bathroom wall and across the centre of the room. They were frightened they spent the rest of the night downstairs in one of the lounges and made the porter bring all of their luggage and clothes downstairs.

Knowing this, we spent the night cowering under the covers, waking multiple times drenched in sweat – mostly due to the fear of poking any limb out from under the duvet.
And although we didn't manage to capture any footage of a ghost, we did have unexplained experiences.

We can reveal reports of an unexpected cold chills and odd noises at night are true – we heard creaking floorboards and rattling well into the early hours.

And, most chillingly, our night vision camera – set up to capture any ghostly figures – managed to eject its tape in the dead of the night.

Despite needing a hard push of a button to do so, and the battery being fully charged, the tape somehow managed to eject all by itself after making some very strange noises.

As morning broke, we tried to replay our footage but the screen gave instruction to “reinsert the cassette”. 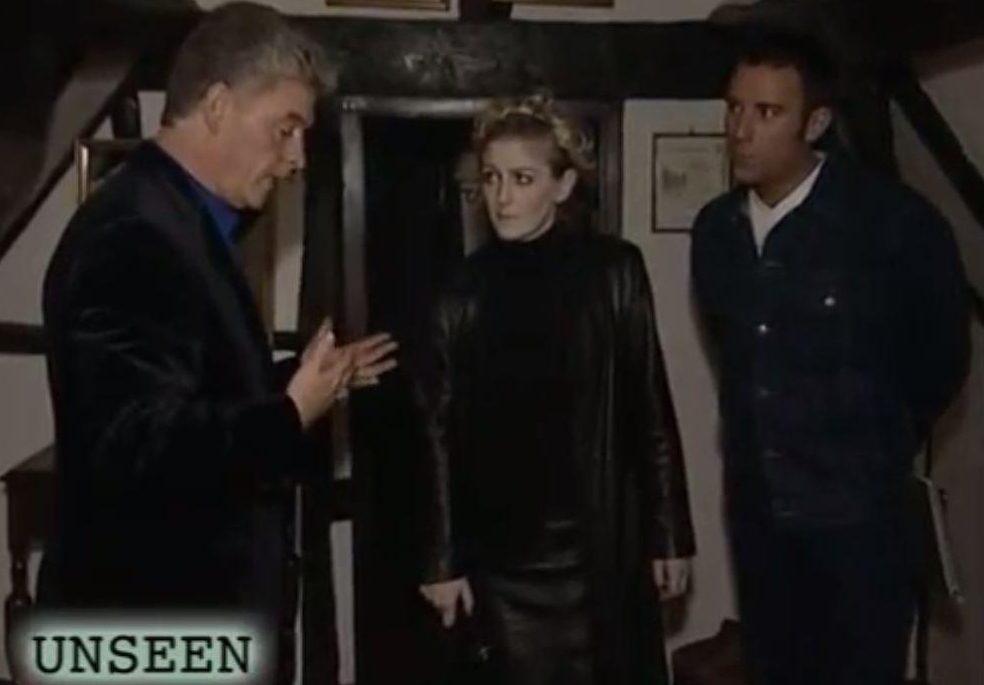 EVEN THE FAMOUS GET FREAKED OUT AT THE MERMAID

ACTRESS Kiki Kendrick and her husband Robin recalled a spooky experience at the Mermaid.

They stayed in December 1993 and woke up at 4am to an "eerie presence" in the room.

At the time, they said: "The warm room had suddenly turned strangley cold and we could hesr a fight going on in the corner of the room.

"By the fireplace there were huffs and puffs and sounds of clashing knives.

"We could see shapes moving. They fought violently. It was very scary.

"The next morning we told the barman who produced a newspaper article revealing how two journalists had endured the exact same experience just six months before.

Other famous guests who have stayed at the inn include:

Night porter Patrick, who has worked at the Mermaid for 14 years, had prepared us for creepy findings.

He said: "I have tried to find an explanation for things like this, and I can't."

He recounted a night in November 2016 when he was in the bar with six guests and the barman.

Patrick saw the latch to the back door lift up before the heavy wooden door was thrown open – something he said was hard to do without some real strength. 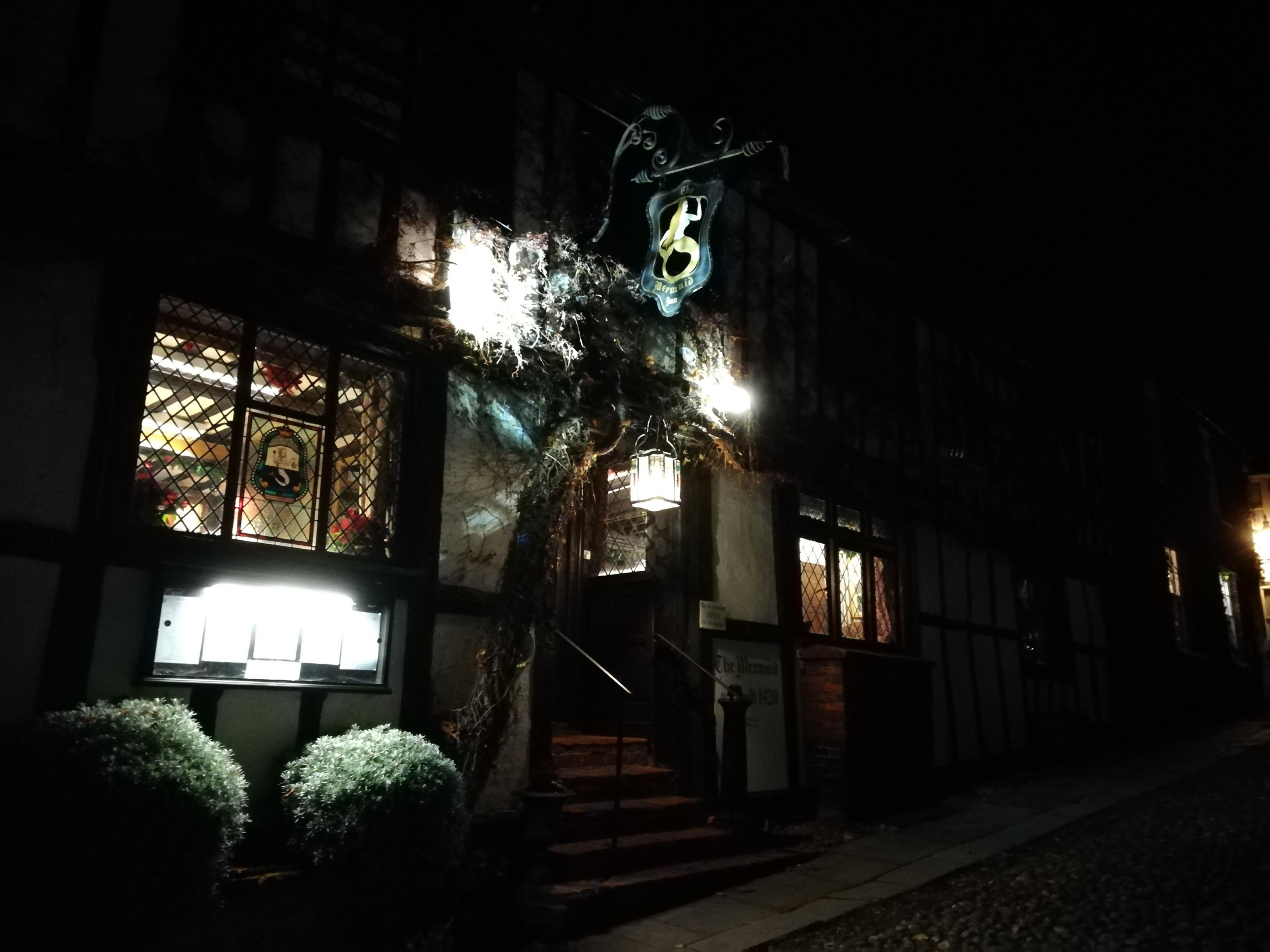 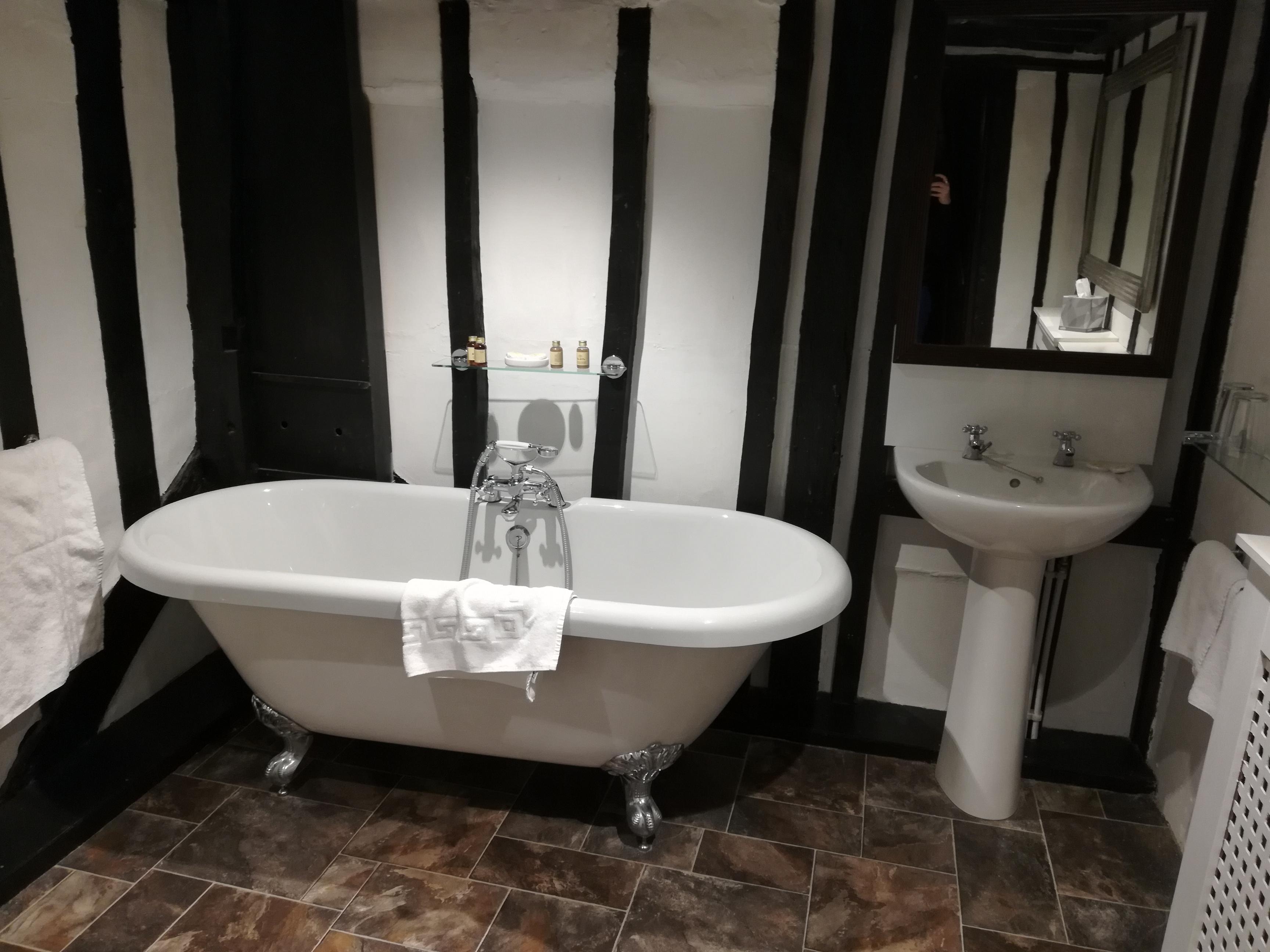 He said: "Wind wouldn't have opened it. I ran out to see if it was kids mucking about, and the barman ran out the front to catch anyone running out that way round the side.

"We met each other and hadn't seen anything."

The porter also told how two girls stayed at the inn armed with a divining rod – a tool used to try and communicate with the paranormal.

Patrick let them into the bar briefly after it closed, and the pair began to ask questions to any spirit that might be lurking in the room.

They found they were apparently talking with a local Rye woman who visited the bar each night to drink with the locals.

Chuckling, Patrick added: "After that I went home and changed my pants."

Want to go on your own ghost-hunting adventure? Soak up the history at the Mermaid Inn in Rye, Sussex.