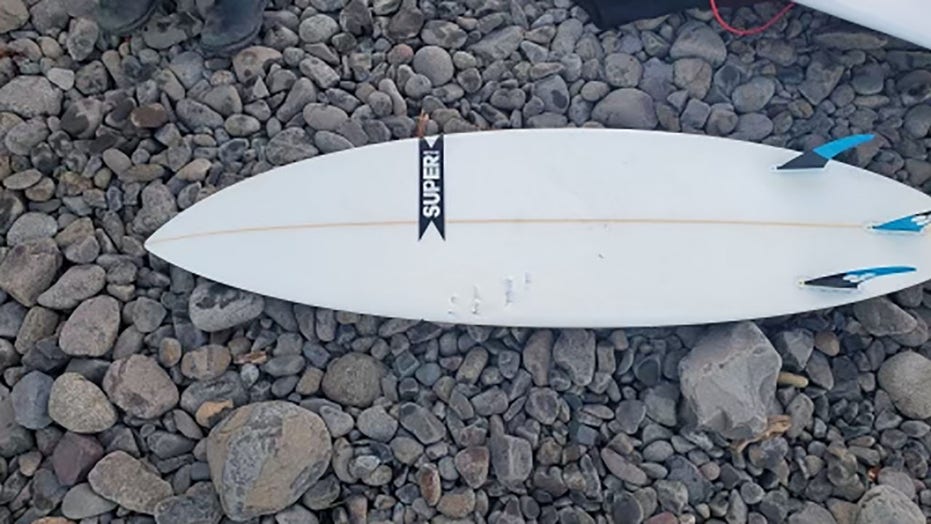 A surfer is expected to survive a shark attack off the coast of Oregon after suffering injuries that were not life-threatening to his lower leg on Sunday, officials said.

The incident happened just before 3:30 p.m. in the area of Seaside Cove near the resort city of Seaside, city officials said in a statement.

First responders found the adult male surfer with injuries to a lower leg being carried to the parking lot by fellow surfers, the statement said. An off-duty Seaside Beach Lifeguard had applied a field tourniquet to help slow the bleeding. 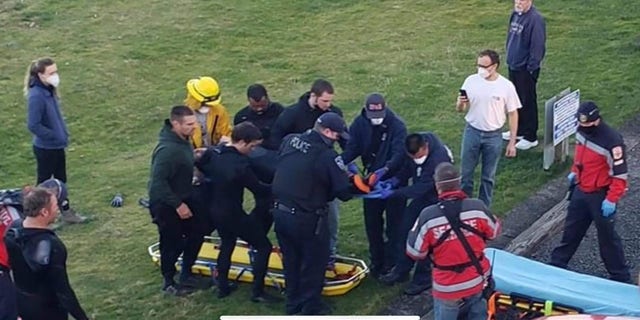 First responders found the adult male surfer being carried to the parking lot by fellow surfers with injuries to a lower leg, the statement said.
(City of Seaside)

Officials shared photos of the scene and of the local surfer’s surfboard, which had markings from the shark’s bite indented on its surface. 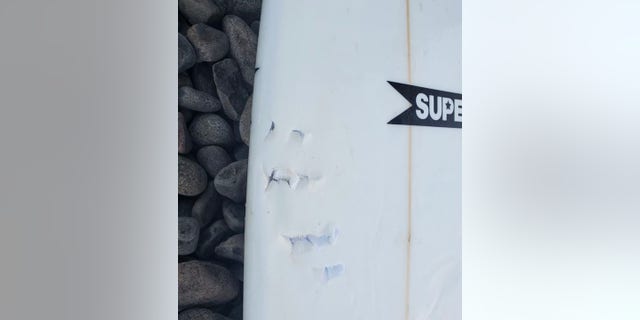 Markings from the shark’s teeth made indentations on the surfboard.
(City of Seaside)

A Medix crew rushed the man to a local hospital where he was evaluated in a trauma unit. 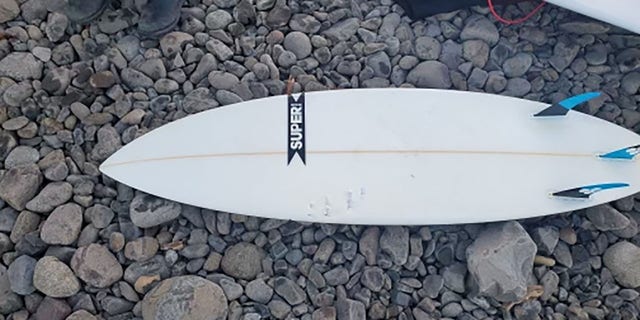 The man is expected to survive, though his current condition was not immediately known.
(City of Seaside)

Officials credited bystanders, fire and police units, and the Medix team with saving the man’s life.

“The incident serves as a valuable reminder to never recreate alone, in or out of the water,” officials said. “The fast response of fellow surfers was instrumental in providing aid to the victim.”

The man’s current condition was not immediately known.