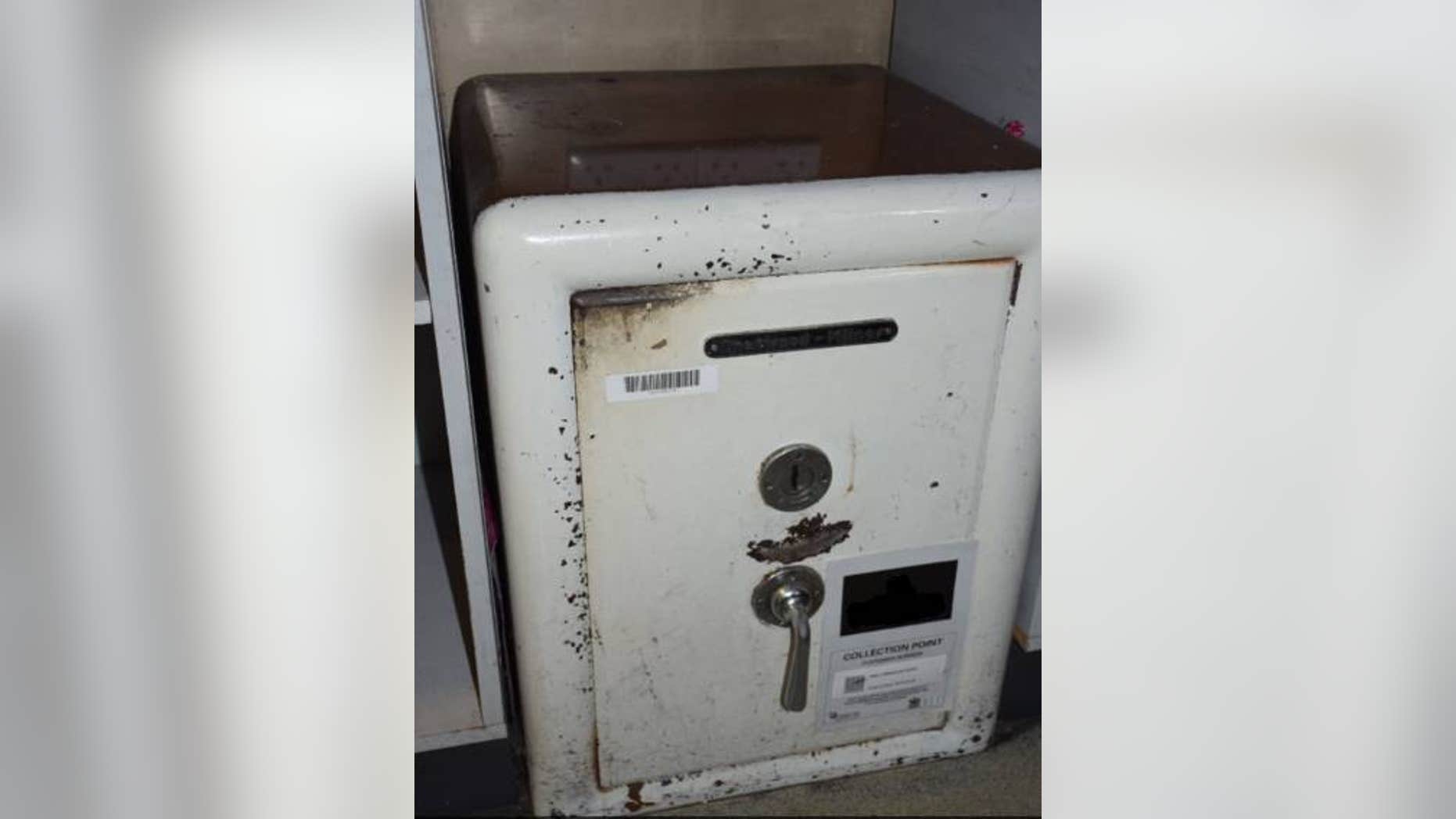 FILE: A suspected burglar was crushed by a 900-pound safe during an alleged heist.
(NSW Police)

A suspected burglar was found crushed to death by a 900-pound safe in an Indiana home this week, local authorities said.

The Marion Police Department said they received a call on Tuesday from a man named George Hollingsworth who believed his garage was broken into. Hollingsworth told police that the door frame was damaged and the garage was so cluttered that he couldn't tell what was stolen, according to a press release.

While cleaning out the garage on Wednesday to see what might have been stolen, Hollingsworth found a body underneath a 900-pound antique floor safe that had evidently fallen over, Deputy Chief Stephen D. Dorsey said.

“My mind couldn’t comprehend it,” Hollingsworth told Indianapolis' FOX 59. "I would have rather seen him steal stuff and get out than die like that. What a horrible way to die."

The Marion Fire Department helped Hollingsworth lift the safe and remove the body, according to police. Police identified the failed burglar as 28-year-old Jeremiah A. Disney, of Marion after an autopsy on Thursday. An investigation is ongoing.