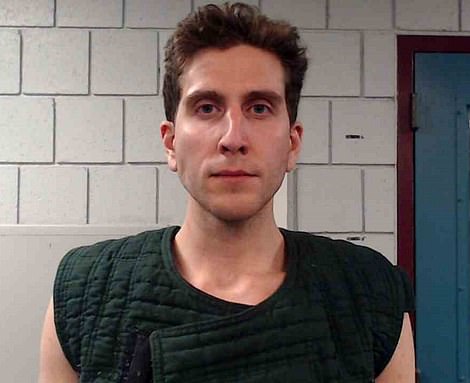 Bryan Christopher Kohberger, 28, was arrested after a SWAT team swooped in Scranton, Pennsylvania, at around 3am this morning. Local cops and the FBI took him into custody

Police have raided the office of suspected University of Idaho killer Bryan Kohberger, DailyMail.com can reveal.

Kohberger, 28, was arrested in the early hours of Friday morning by a SWAT team and is currently being held in Monroe County, Pennsylvania, while awaiting extradition to Idaho.

Authorities were seen at his office on the University of Washington Pullman campus, with exclusive DailyMail.com photos showing cop cars from Washington State University Police parked outside Wilson Short-Hall which houses the criminology department.

Photos show officers inside the building – at the entrance to Room 12 where Kohberger shared space with two other PhD students.

DailyMail.com photos show police also searching his home at the Steptoe Village apartment complex in Pullman, Washington. They arrived at 7.30am – hours after he was arrested on the other side of the country. 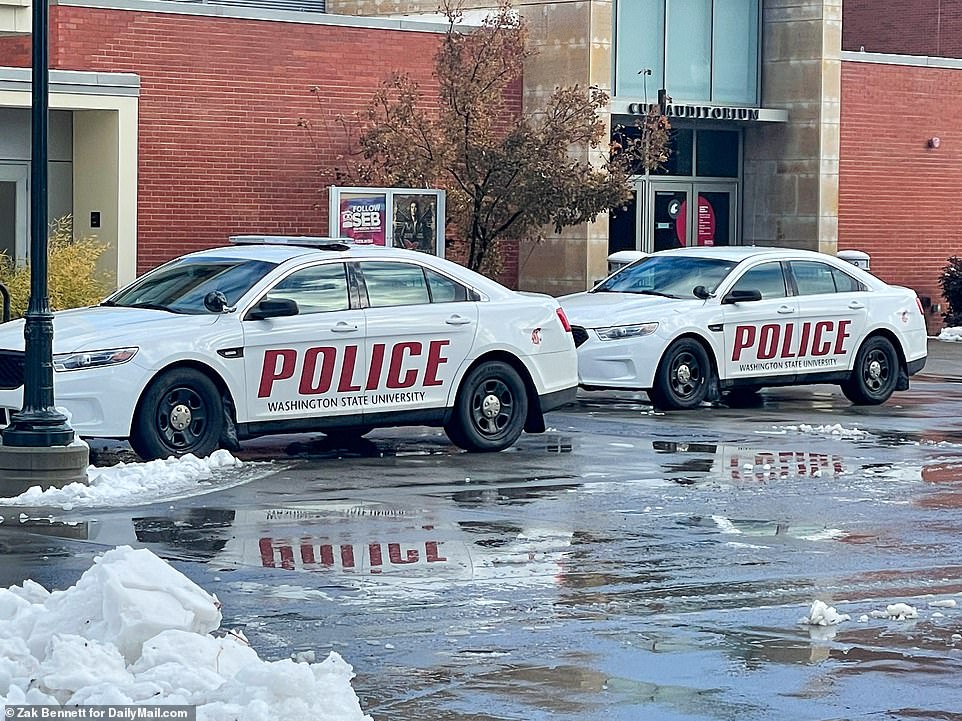 Authorities are searching his office on the University of Washington Pullman campus, DailyMail.com can reveal 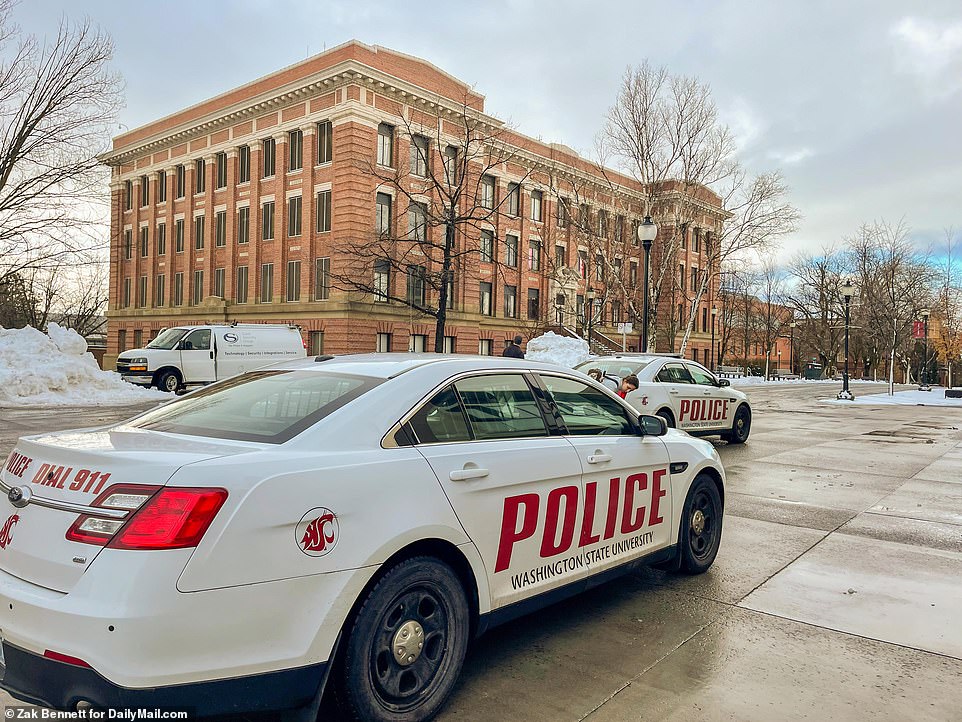 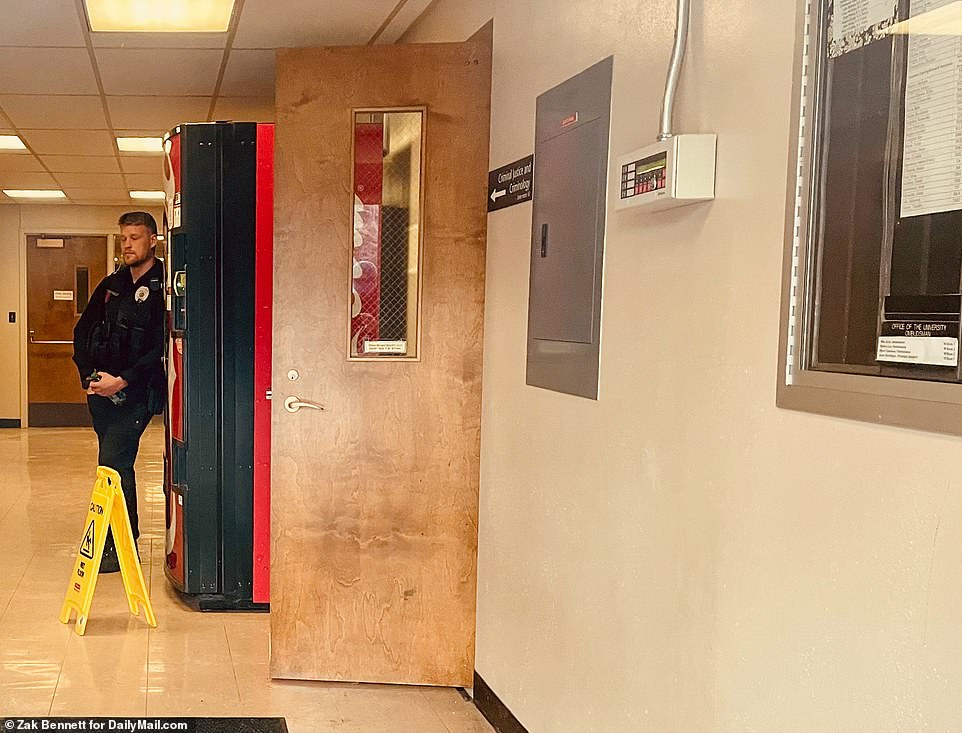 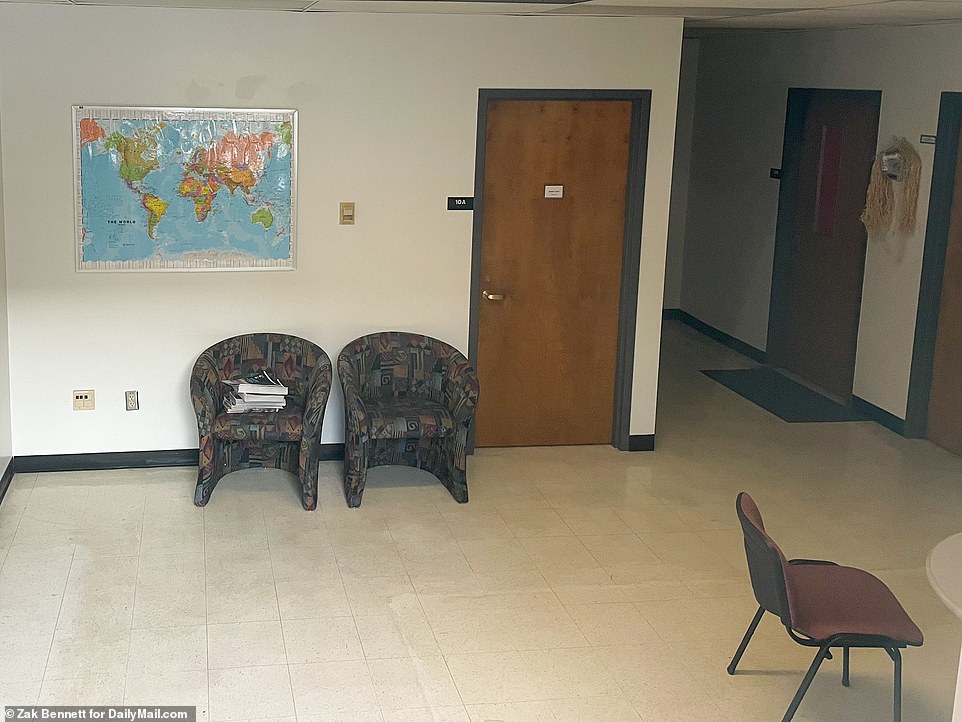 Kohberger, 28, had used office 12 on the first floor of Wilson-Short Hall at Washington State University 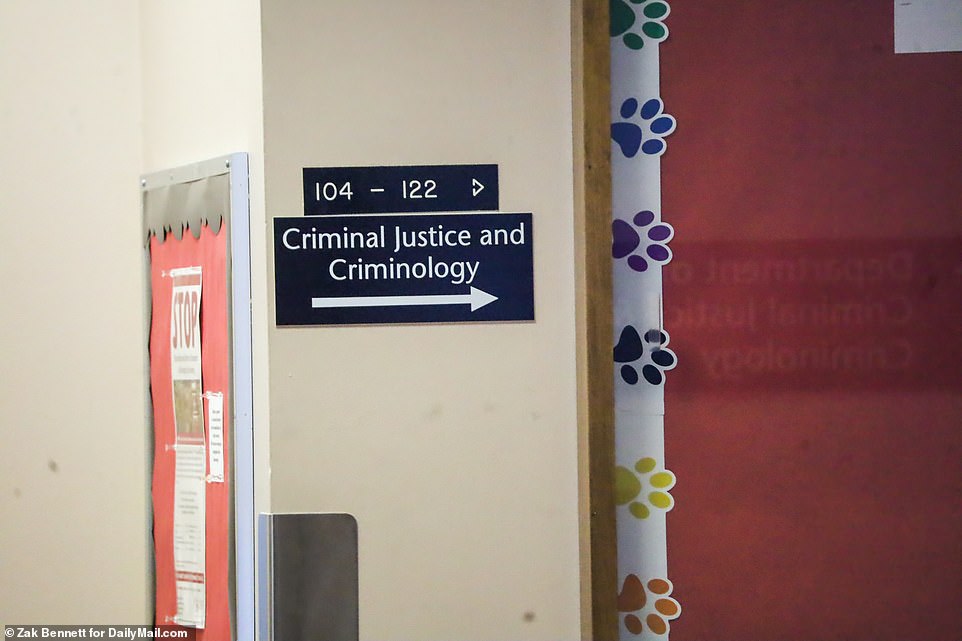 Kohberger’s office is housed in the  criminology department at the University of Washington, which is just a 15 minute drive from Moscow, Idaho 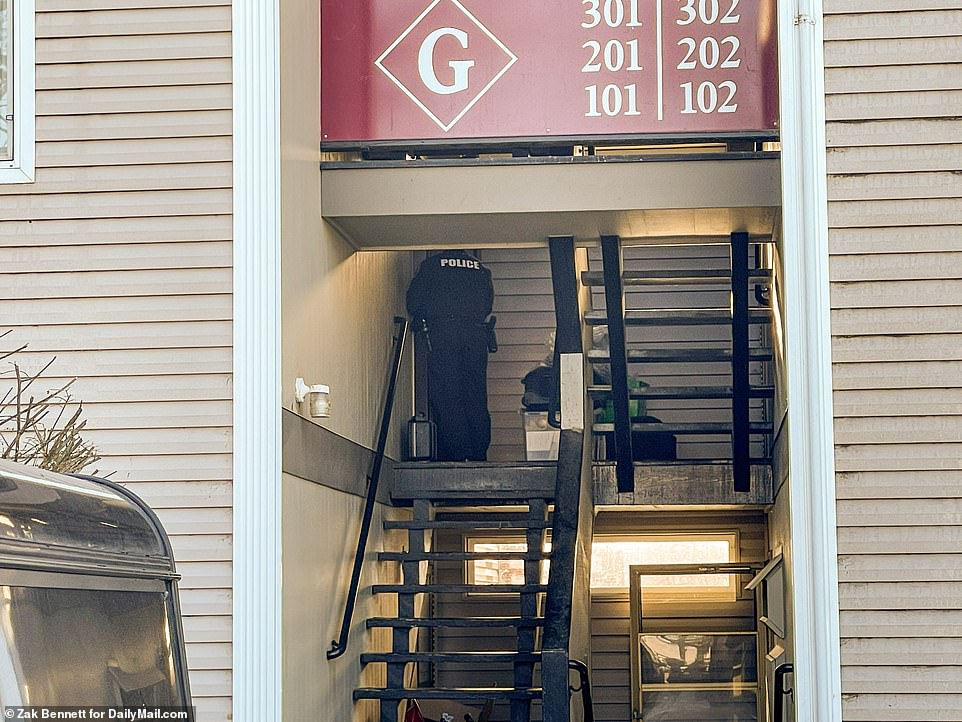 Police arrived at 7.30am Friday to search his home at the Steptoe Village apartment complex in Pullman, Washington 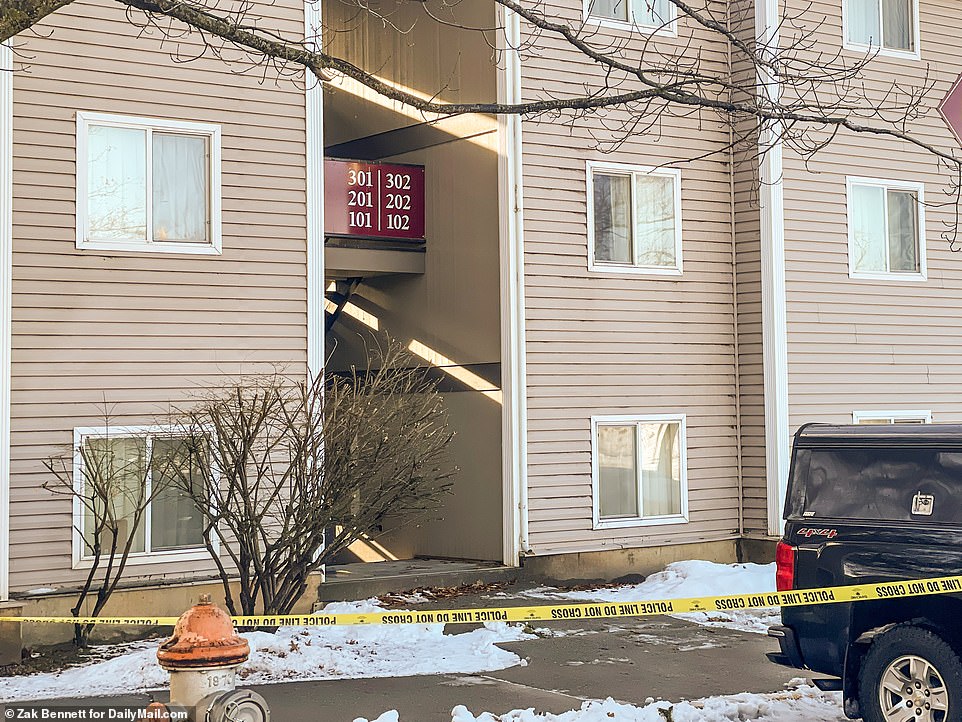 Kohberger was arrested in the early hours of Friday morning by a SWAT team and is currently being held in Monroe, Pennsylvania, while awaiting extradition to Idaho 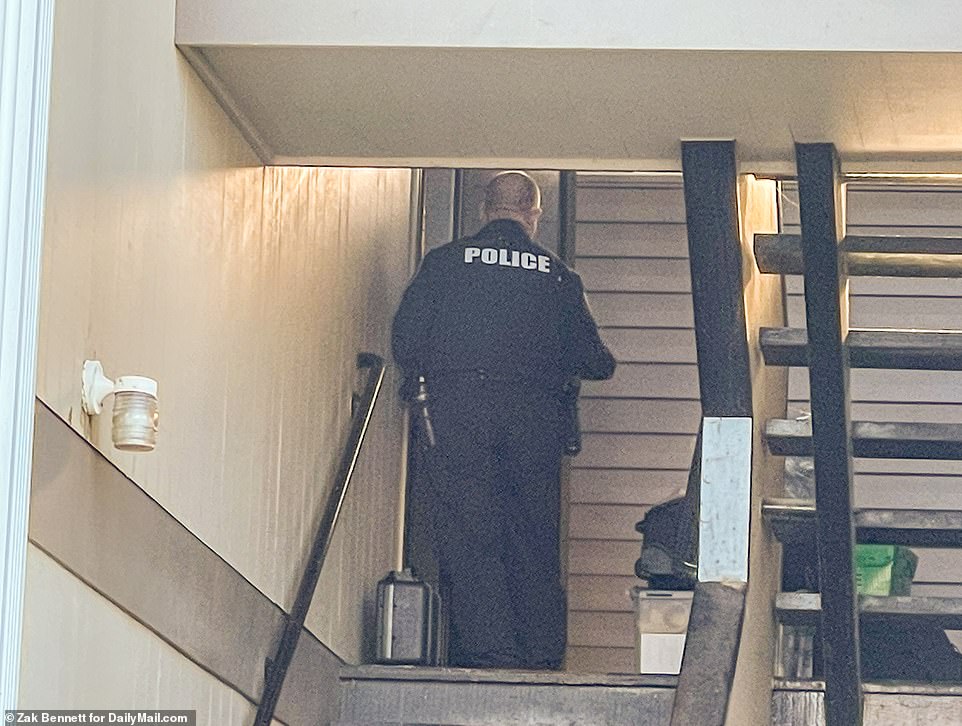 Officers arrived to his home in Washington state at 7.30am – hours after he was arrested 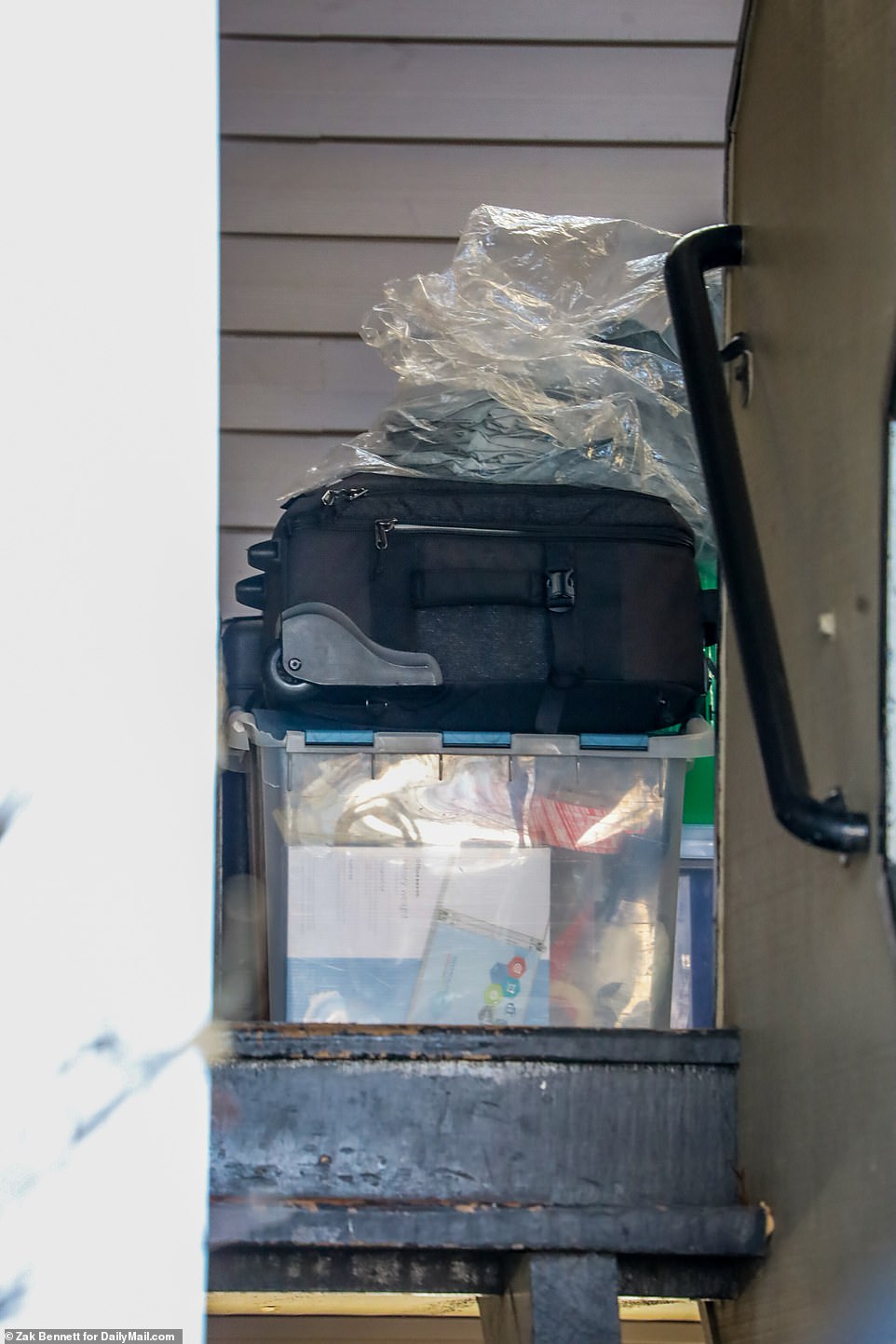 Pennsylvania native Kohberger was studying criminology at the University of Washington’s Pullman campus which is a 15-minute drive from Moscow, Idaho.

Along with Kaylee Goncalves and Madison Mogen, Kohberger is also accused of murdering young couple Xana Kernodle and Ethan Chapin, both 20.

All four died in their beds at their home in Moscow in the early hours of November 13 in a killing so brutal, police described the scene to DailyMail.com as ‘the worst we have ever seen’.

A Rambo-style knife was used to carry out the murders, police said, at the six-bedroom rental property where three of the victims’ lives.

The murders – the first in Moscow since 2015 – left the small town of 25,000 people in a state of shock and the police desperately searching for answers.

Kohberger’s arrest is the culmination of an investigation that has dragged on for more than a month and left the Moscow Police Department facing a barrage of criticism.

Cops have also been criticized for describing the murders as ‘targeted’ while refusing to release any information to explain why. 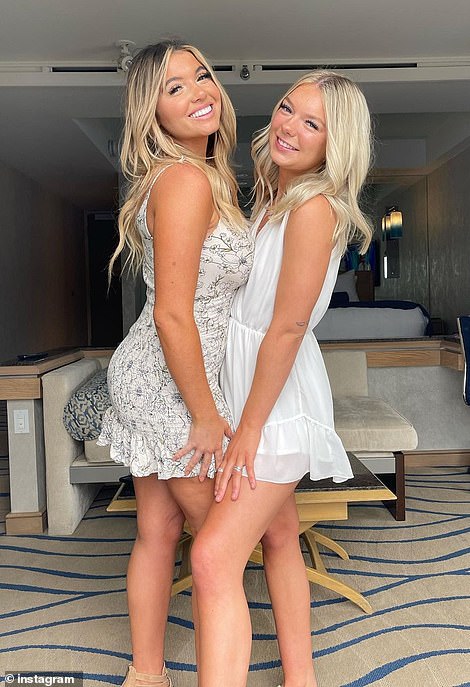 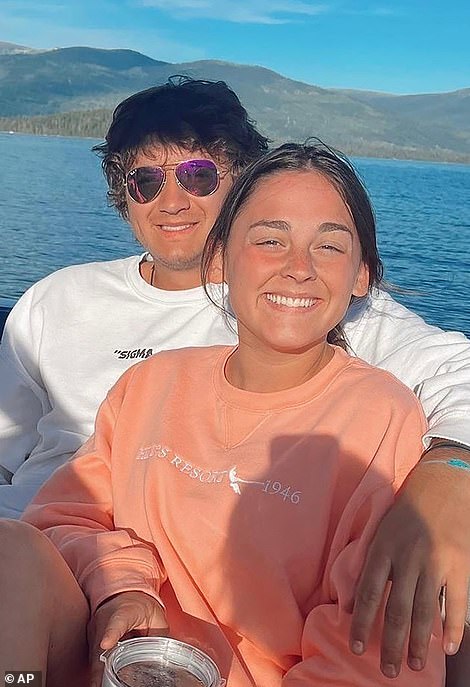 Bestfriends Kaylee Goncalves, Madison Mogen, both 21, were murdered on November 13 along with roommate Xana Kernodle and her boyfriend Ethan Chapin, both 20 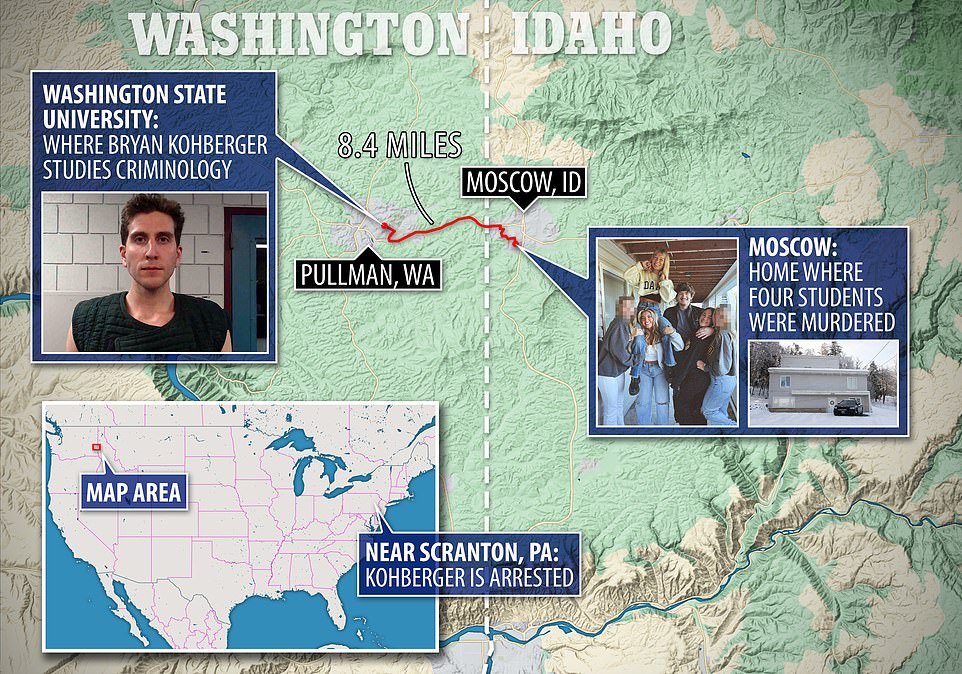 Sources say that authorities knew who they were looking for and hunted the suspect down to Pennsylvania in the Pocono Mountains – more than 2,400 miles from Idaho.

NewsNation reported that Kohberger had a quiet, blank stare’ when arrested by local cops and the FBI on Friday morning.

Kohberger is a PhD college student at Washington State University, within the Department of Criminal Justice and Criminology, and did not attend the University of Idaho. It is not clear whether he knew any of the students he allegedly killed.

He graduated from DeSales University in Pennsylvania in May 2022 with a master of arts in criminal justice.

As part of his research Kohberger posted an appeal for help on social media with his research – which was looking at how ‘emotions and psychological traits influence decision-making when committing a crime.’

His sister, Melissa, is a mental health nurse in New Jersey – specializing in ‘trauma’ and ’emotion regulation’.

Bill Thompson, the Latah County prosecutor, was also seen outside the apartment alongside investigators, gearing up with protective booties before heading into Kohberger’s apartment in Washington.

Law enforcement sources told CNN that Kohberger’s DNA was discovered at the scene of the crime – with officers managing to track down who owned the white Hyundai Elantra seen in the area of the slayings.

Authorities then discovered that he had left the area and traveled to Pennsylvania, where an FBI surveillance team had been tracking the 6ft tall man.

He was kept under surveillance, with the FBI watching him for four days, while investigators from Moscow Police and Idaho State Police worked to get an arrest warrant.

Friday’s sensational arrest is the first major break in the case – with Kohberger asking if ‘anyone else was arrested’ when he was taken into custody.

Kohberger has no prior arrests, according to public records, so it is unclear how officials got hold of his DNA.

On Friday, a chilling survey created by Kohberger asking ex-criminals how they’d felt while committing their crimes re-emerged.