A SWIMMER was saved from downing by a cleaner who spotted him blacking out and sinking to the bottom of an empty pool.

The stricken swimmer was seconds from death at Planet Fitness in Johannesburg, South Africa, when employee Karabo Thosago, 23, saw him. 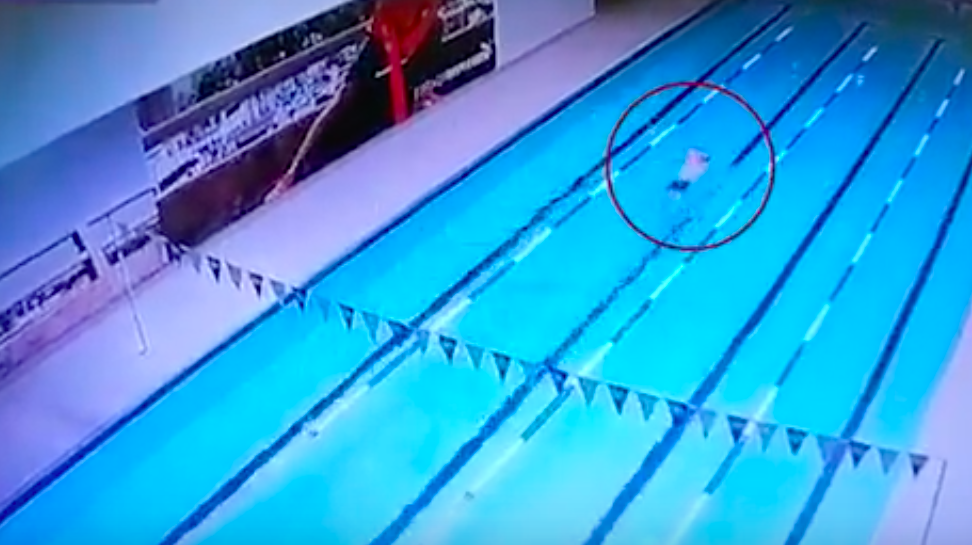 Without hesitation or stripping off any clothes he dives head first into the pool and grabs the unconscious man.

He kicks off the bottom and swims up to the surface with the man and grabs a lane dividing rope and calls for help and other workers come running to the rescue.

One man jumps straight in with a flying bomb and helps brave Karabo support his head above the water and they move him along the rope to the side of the pool.

Other staff are waiting to drag the man out and they begin resuscitating him immediately until paramedics arrived and rushed him to hospital where he made a full recovery.

Cleaner Karabo told News24: “I just heard a shout which must have been him and ran out to check what it was and found the guy under the water and was so very scared.

“I’ve never seen something like that and I just thought if I don’t jump in now then then this person can die in a matter of seconds so I dived him and got his head above water.”

Gym general manager Shanice Butcher told News24: “He was very brave and with no hesitation he just jumped in.

"Others went to help and another man jumped in.

"It was terrifying at the time but when we looked at the CCTV afterwards it was within seven seconds that they had this gentlemen out. Karabo saved his life."

The swimmer is a regular at the gym and is considered fit and healthy but it is not known why he blacked out.

Thosago has worked at the gym for a year but after his brave rescue told management it was always his dream to be a lifeguard and they have promised to help him achieve it.

The gym said it would reveal the identity of the swimmer only with his permission.