Syrian refugee, 18, who arrived in Britain eight years ago studies medicine at Cambridge with hopes to be a doctor… then the Prime Minister! 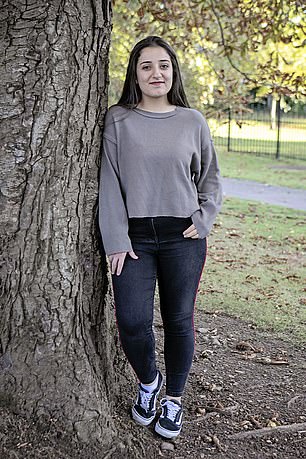 She barely spoke a word of English when she arrived in Britain as a refugee from Syria eight years ago.

But now Nazh Chendi, 18, is studying medicine at Cambridge University.

She hopes one day to go into politics, aspiring to become prime minister, but first wants to gain ‘life experience’.

She told yesterday how she was inspired to study medicine by her early experiences in her war-torn homeland where her grandparents, aunts and uncles still live.

Her Kurdish parents fled the city of Aleppo in 2011 amid a civil war that has so far led to the deaths of 400,000 civilians.

‘I just want to see where my course takes me,’ said Miss Chendi, who is studying at Homerton College. ‘I really admire the NHS. In Syria people are not so lucky – they usually have to wait hours to be seen by a doctor and it is very crowded.

‘My mum’s brother is a surgeon in Aleppo and I can remember him coming home in bloody scrubs after a day in theatre. I would love to go back there one day and maybe work with him.’

She added: ‘I’m loving life in Cambridge. The support I have been given by tutors and college staff is amazing and I’ve made lots of friends.’

When the family first came to the UK, settling in Derby, she went to the city’s Bemrose School where more than 40 languages are spoken by pupils. 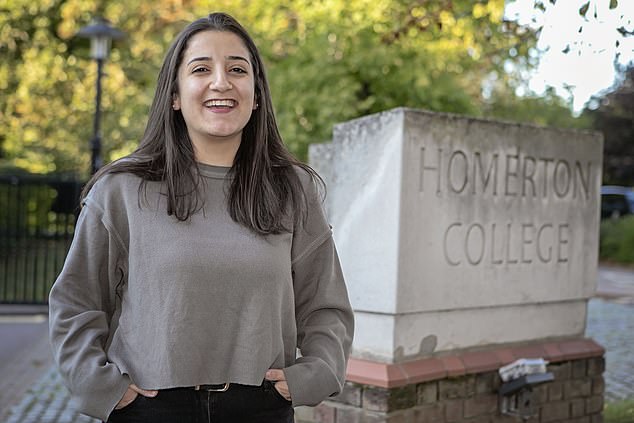 She hopes one day to go into politics, aspiring to become prime minister, but first wants to gain ‘life experience’

In 2015, she was one of three pupils from the school chosen to take part in the TV documentary School Swap: The Class Divide and spent a week at 300-year-old Warminster School in Wiltshire.

During the programme she spoke of her ultimate ambition to become prime minister but yesterday she said: ‘I am still interested in politics and I might go down that route one day.

‘I have chosen to study medicine because I want to make a difference to people’s lives and I think you have to gain life experience before you can do that in politics.’

Her father Raman Chendi, 48, a builder, and mother Hevi Khalil, 45, helped her move to Cambridge in October.

Mr Chendi said hearing their daughter had earned a place at the elite university ‘was the happiest day of our life’.