TAIPEI (Reuters) – Taiwan President Tsai Ing-wen took a dig at China’s lack of freedom in a message to mark Tuesday’s start of the Lunar New Year, saying she hoped ethnic Chinese all over the world could experience the “blessing” of democracy. 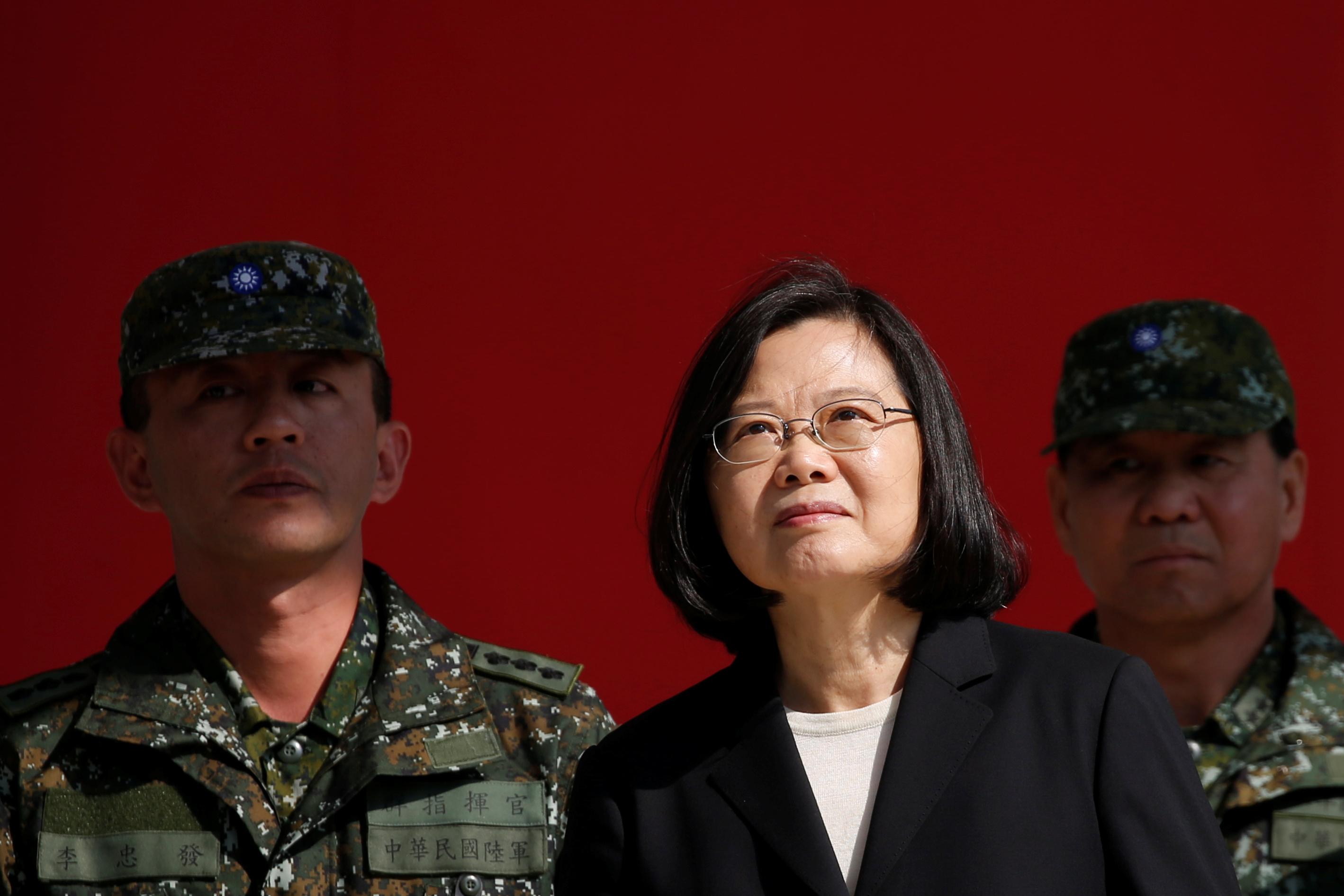 Self-governed Taiwan is China’s most sensitive issue and is claimed by Beijing as its sacred territory.

President Xi Jinping has stepped up pressure on the democratic island since Tsai, from the pro-independence Democratic Progressive Party, became president in 2016.

He kicked off 2019 with a speech warning that China reserves the right to use force to bring Taiwan under its control, though it will strive for peaceful “reunification”.

Taiwan is able to maintain cultural traditions and is committed to uphold the values of freedom and democracy, Tsai said in the message, posted late on Sunday on her official social media accounts.

“Those in places lacking democracy may not understand this commitment. We hope that ethnic Chinese all over the world can experience this blessing,” she added, without directly mentioning China.

“So I want to make three new year’s wishes for our ethnic Chinese friends both at home and abroad. I hope that you may all enjoy democracy, freedom and continued prosperity.”

There was no immediate reaction from Beijing. Xi’s new year’s speech, also on Sunday, did not mention Taiwan, apart from new year wishes to people on the island.

Taiwan is gearing up for presidential elections early next year. Tsai’s party suffered stinging losses to the China-friendly Kuomintang in mayoral and local elections in November.

Tsai has repeatedly called on China to respect Taiwan’s democracy, and to embrace democratic reforms itself.

Taiwan has shown no interest in being ruled by autocratic China, where Xi has overseen a sweeping crackdown on dissent since assuming office six years ago and the ruling Communist Party has tightened controls on all facets of society.