THE BRITISH economy is out of intensive care, but the return of the patient to full health is painfully slow.

This week’s official figures revealed that growth in May was just 1.8 per cent, much lower than most economists predicted. 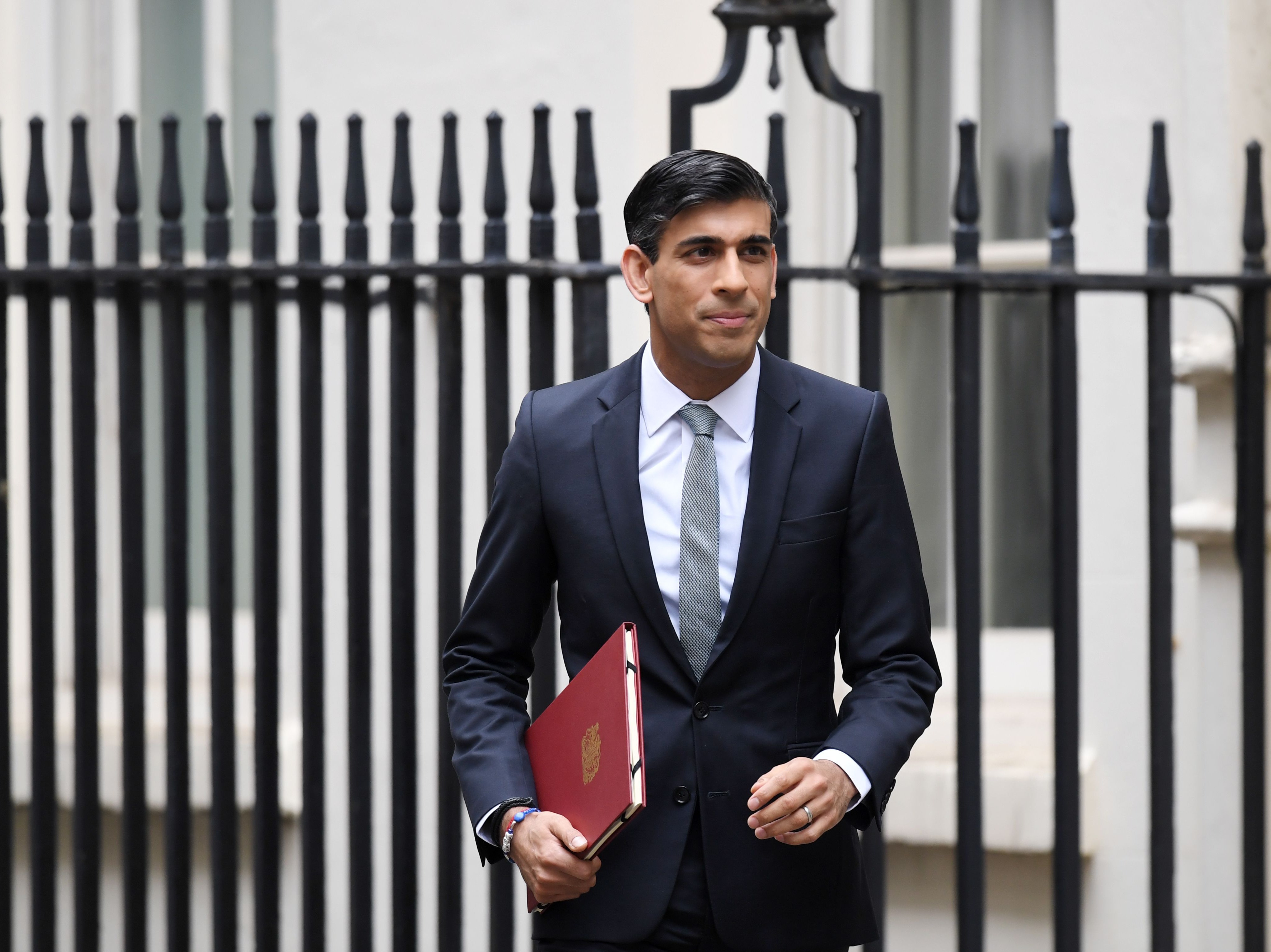 The anaemic recovery adds to the pressure for further action from the Chancellor Rishi Sunak, who has already lavished a fortune on support programmes.

His recent mini-Budget added another £30billion of public money to the colossal £280billion he had previously promised to prevent economic meltdown.

Nothing on this scale has ever been seen in peace time and public finances have taken an unprecedented battering. 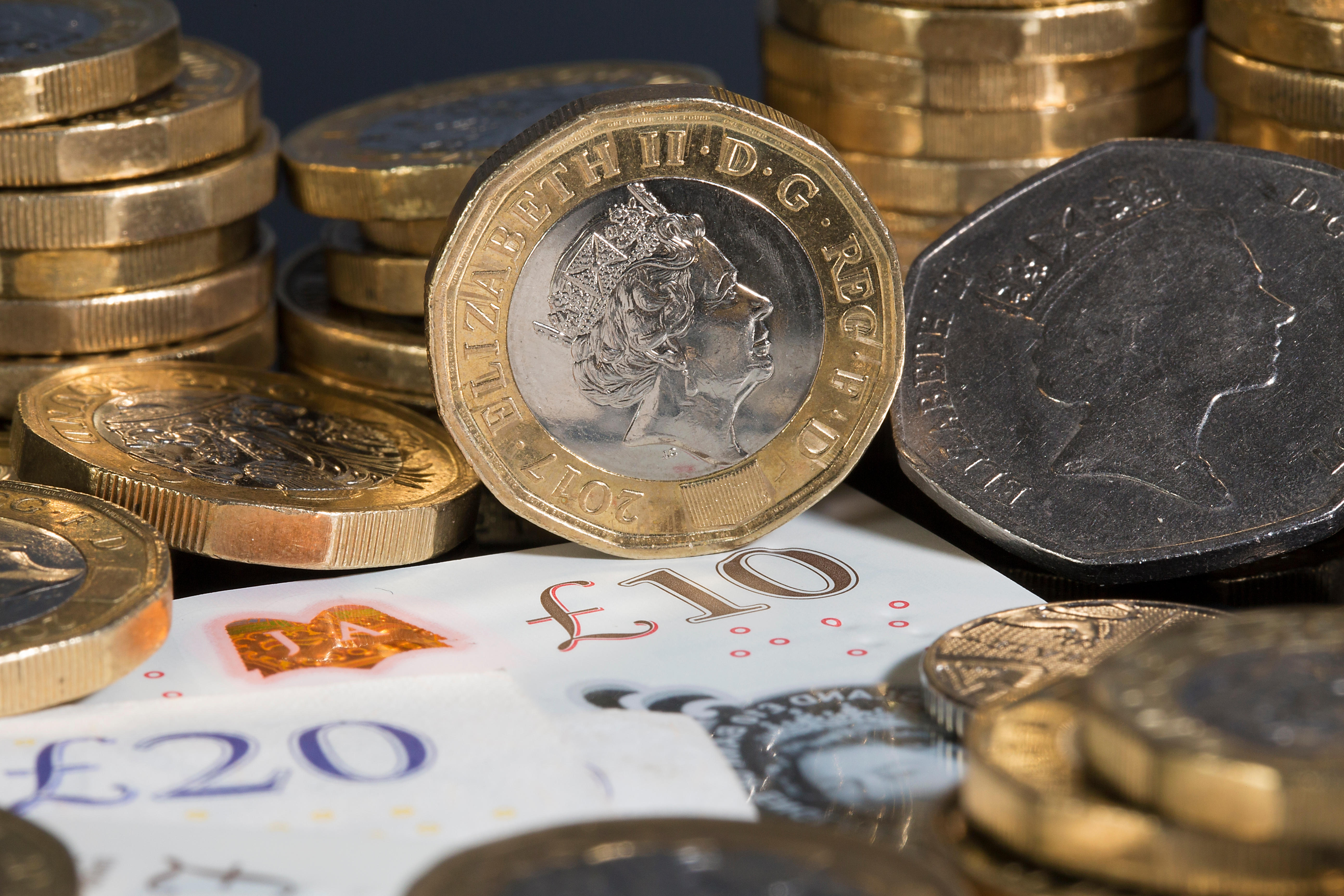 As Government borrowing soars and the national debt swells, there is a real threat that the Chancellor will have to put up taxes to restore some stability.

But it would be profoundly unfair if ordinary British citizens were now to be hammered, when too many wealthy companies, particularly the hi-tech giants, avoid their financial responsibilities to the rest of us. 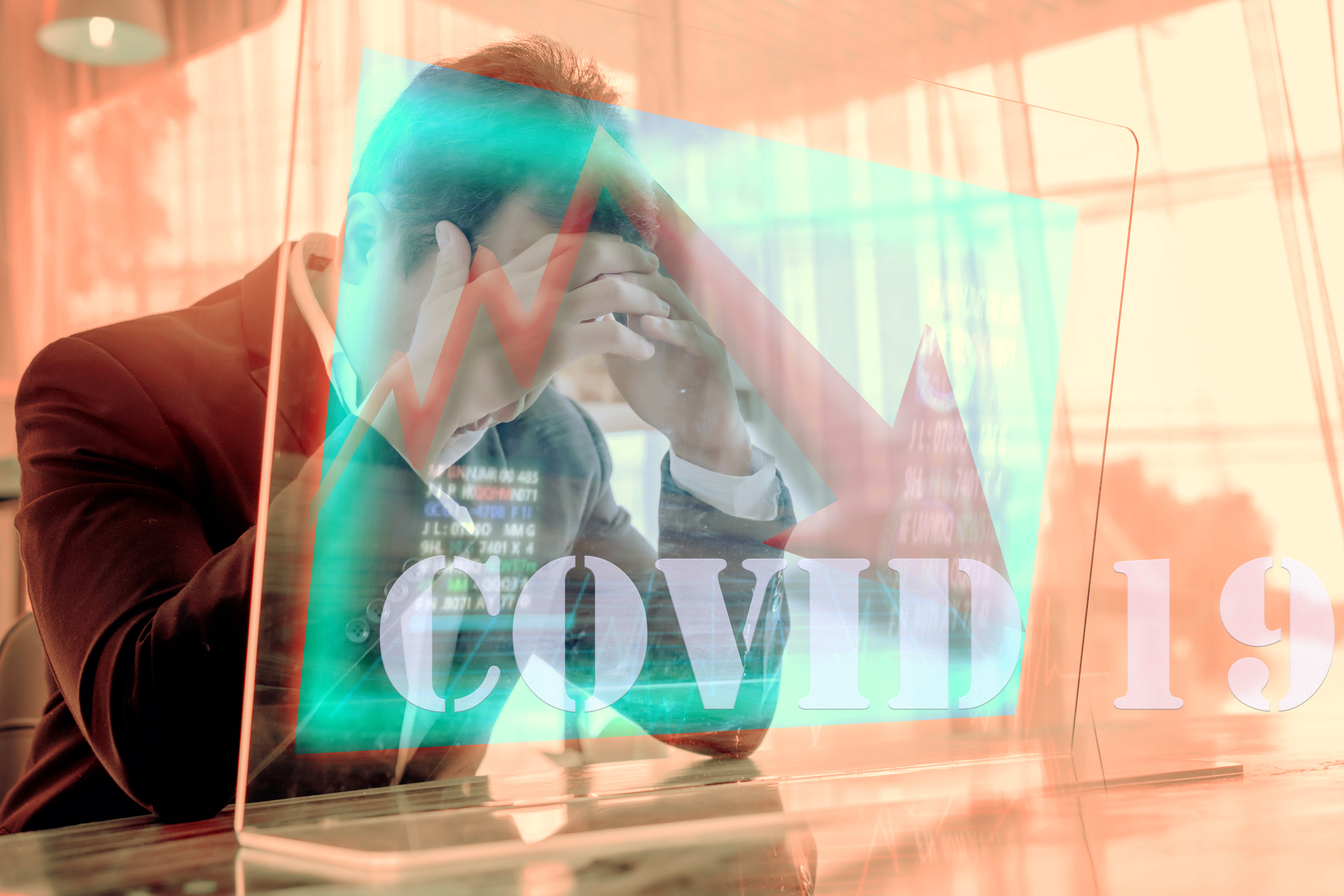 Brimming with self-righteousness, these firms love to trumpet their social concern, their commitment to equality and their desire to protect the environment, but they are never so quick to pay their financial dues to our nation.

For all their fashionable eco prattle, they are keener on reducing their tax bills than carbon emissions.

The best way to fulfil all their trendy language about supporting communities and campaigning for fairness would be to pay more to the Treasury.

If they paid a proper amount in taxation, then there would not be such a fiscal crisis at present.

But that is precisely what these politically correct global corporations fail to do. 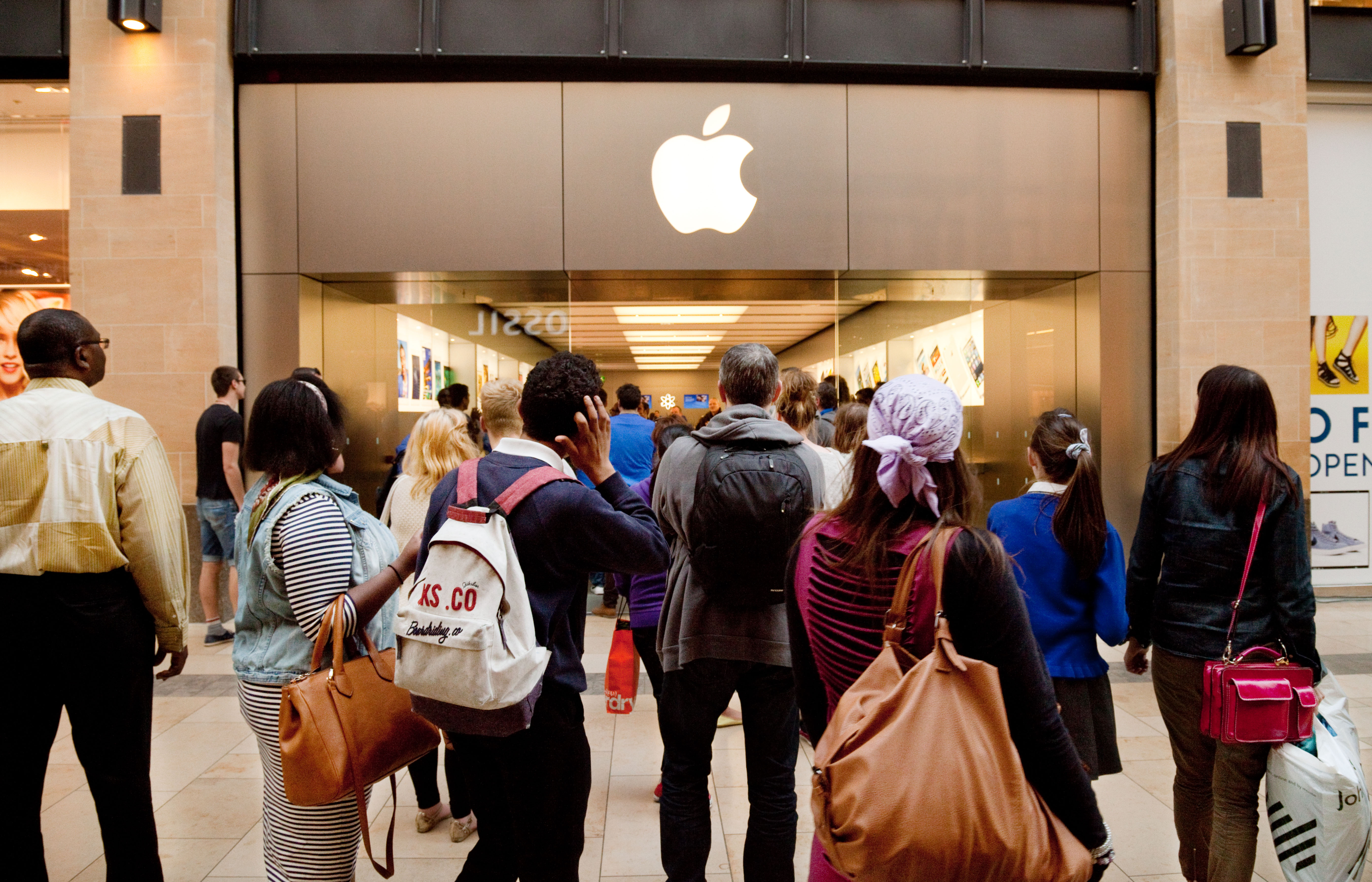 Only last week it was revealed that, through sophisticated accounting manoeuvres, Apple paid just £6.2million in tax last year in the UK, despite enjoying British sales of no less than £1.37billion.

If they paid a proper amount in taxation, then there would not be such a fiscal crisis at present.

Those sums are a profound insult to millions of hard-working taxpayers, including successful employees who have to hand over to the Government 40 per cent of anything that they earn above £50,000.

As Richard Palmer, the executive director of the group Tax Justice UK said, “People are fed up of big companies like Apple using clever tricks to slash their tax bills.” 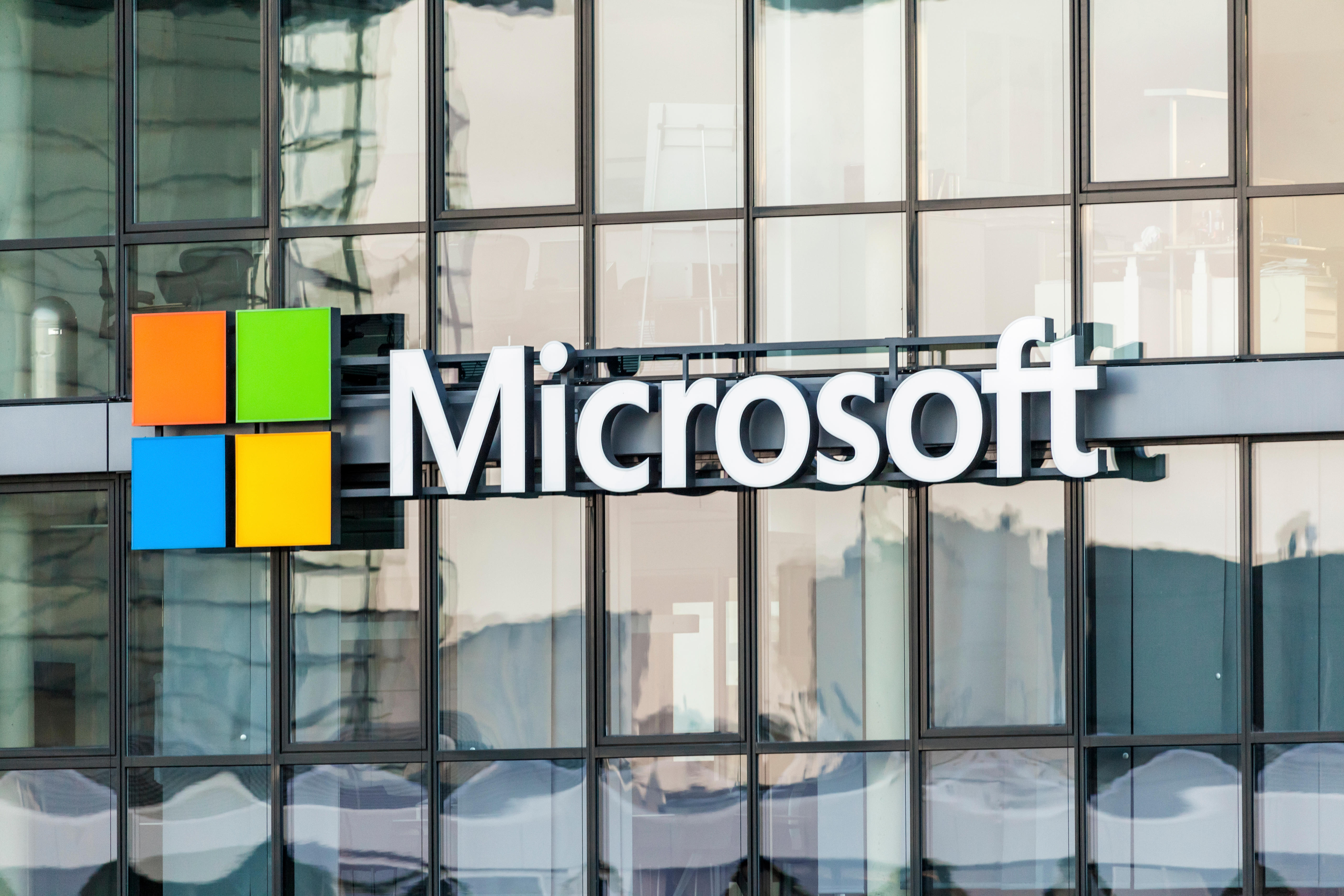 Its rival Microsoft reported in June that its UK revenues increased to £2.85billion in 2019, up from £2.1billion the previous year.

Yet Microsoft paid just £34million in UK taxes, marginally up from £28million in 2018.

The same story can be found at the mighty Google empire. 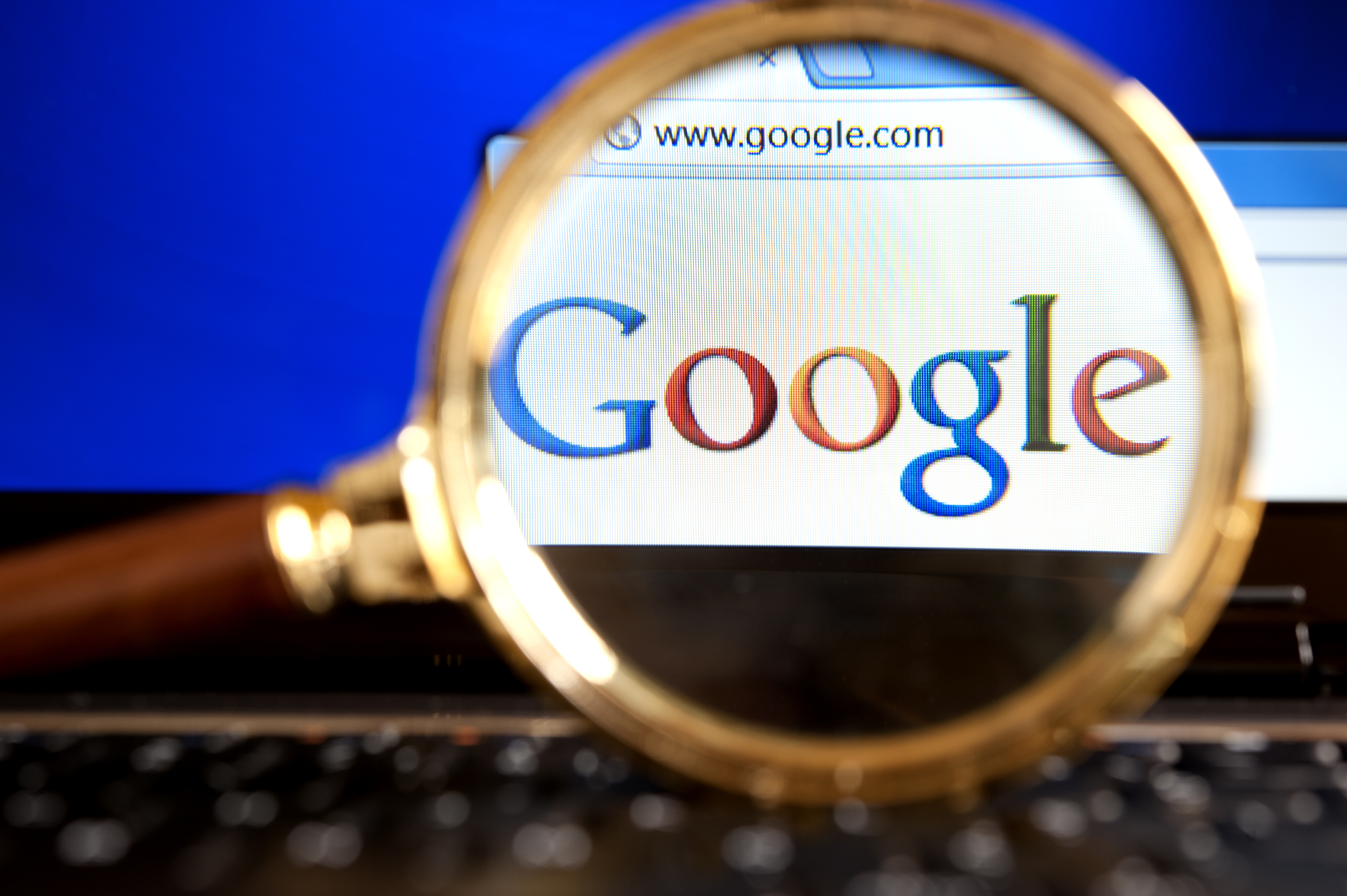 In April, the company reported UK revenues of £1.6billion for the year to June 2019, up by almost £200million on the previous year, yet its corporation tax payment to HM Revenue and Customs was a measly £44.3million, down from £65.6million a year earlier.

Indeed, Google dished out ten times more in bonuses – £441million – than it paid in corporation tax.

This prompted Paul Monaghan of Fair Tax Mark to complain, “Once again, it seems like Google are writing their own rules in the UK. Income tax is up but corporation tax charges are down.”

The hi-tech tax avoiders like to justify their actions by claiming that they abide by British law.

But this is not a question of legal compliance. 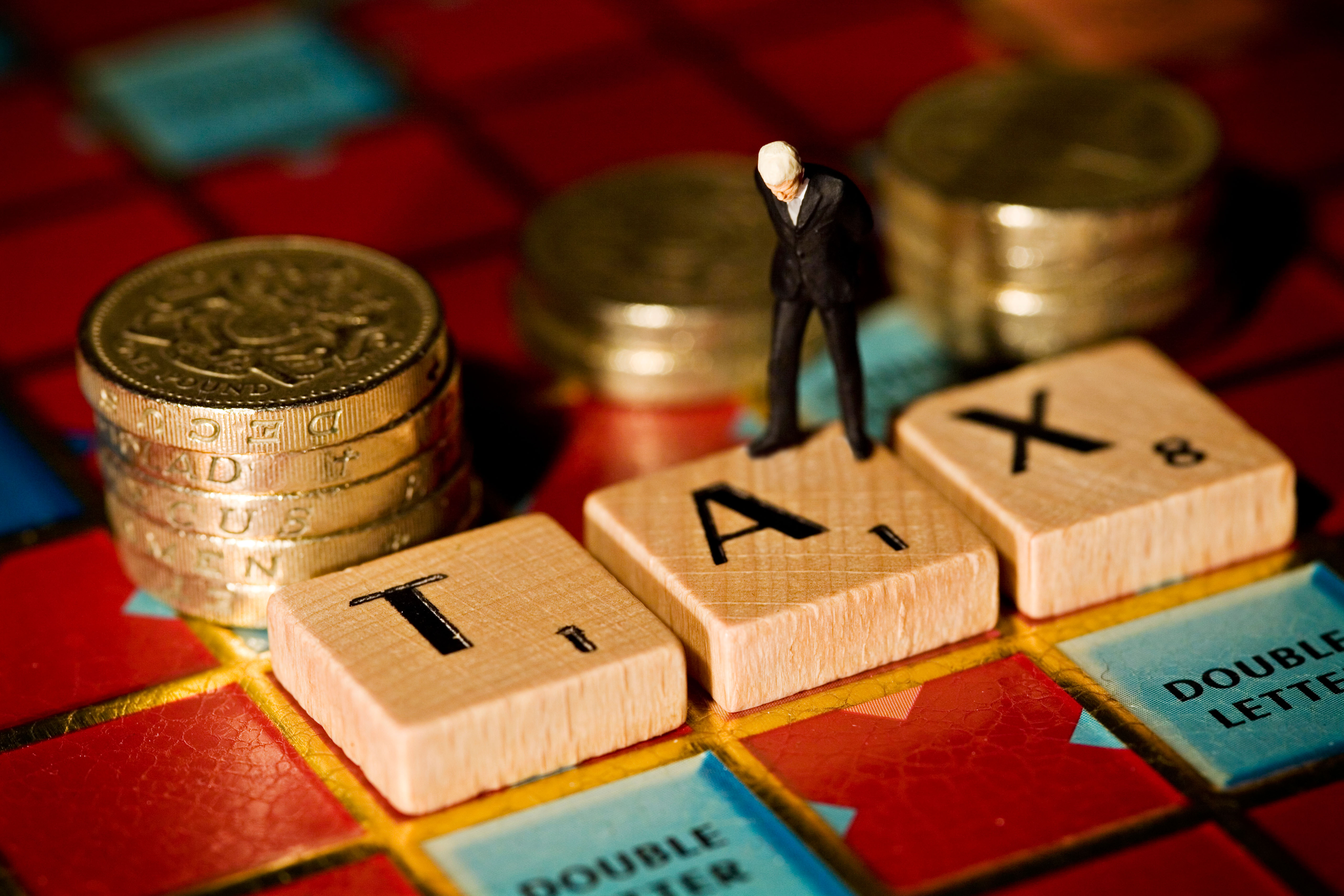 No one is accusing them of breaking the law.

It is a question of moral duty.

At a time when the entire economy is struggling because of the fallout from Covid-19, they are acting disgracefully in making such a meagre contribution to the state’s depleted coffers.

Who do they think pays for the roads or the health service or the education system used by their staff?

No one is accusing them of breaking the law. It is a question of moral duty. 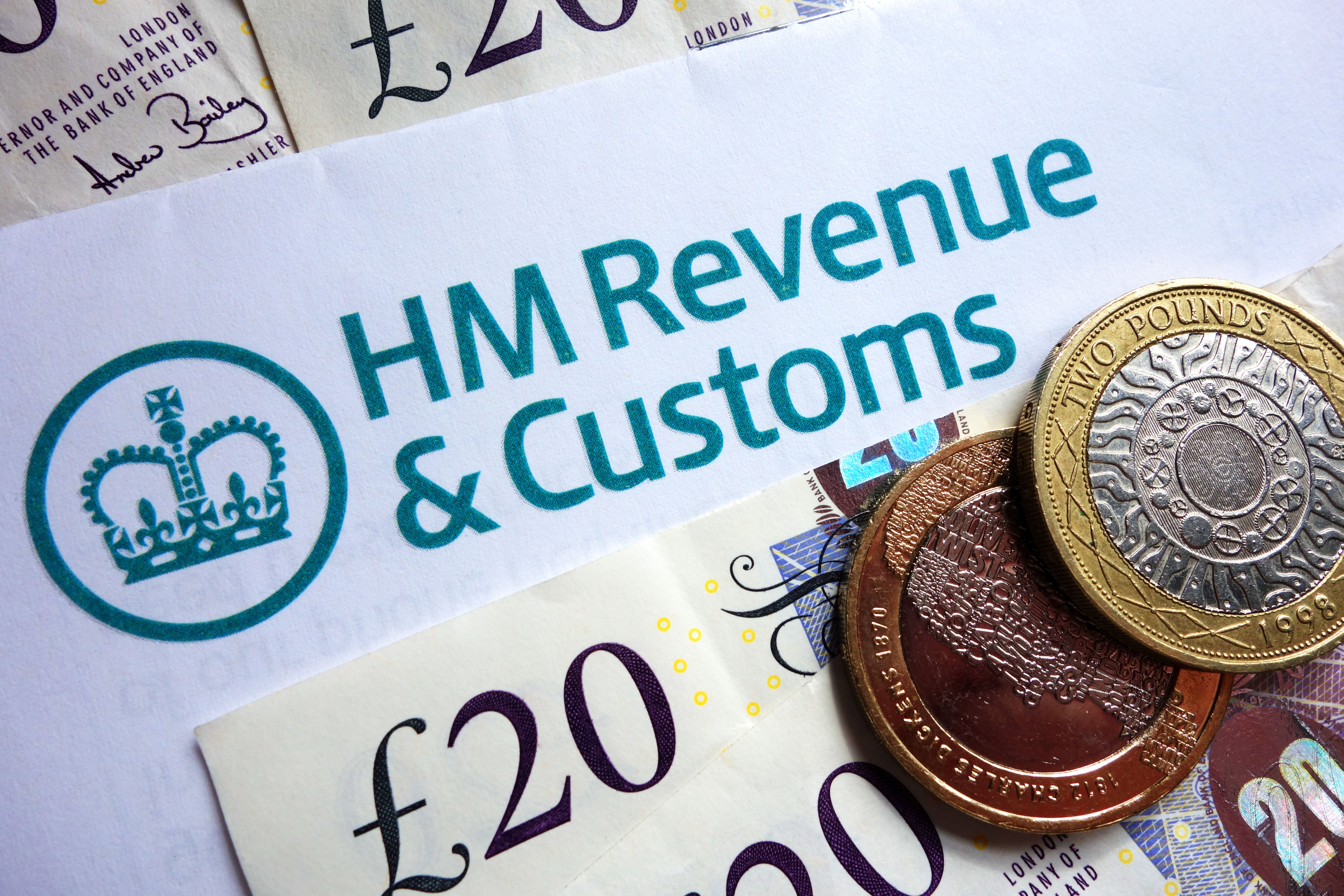 Just as insultingly, with many of these hi-tech giants such as Facebook, the social networking site, it is the public that provides the data on which their commercial success is built.

The most valuable product is the users’ information rather than anything created by the company.

Yet that reality does not appear to inspire any sense of obligation to the public. 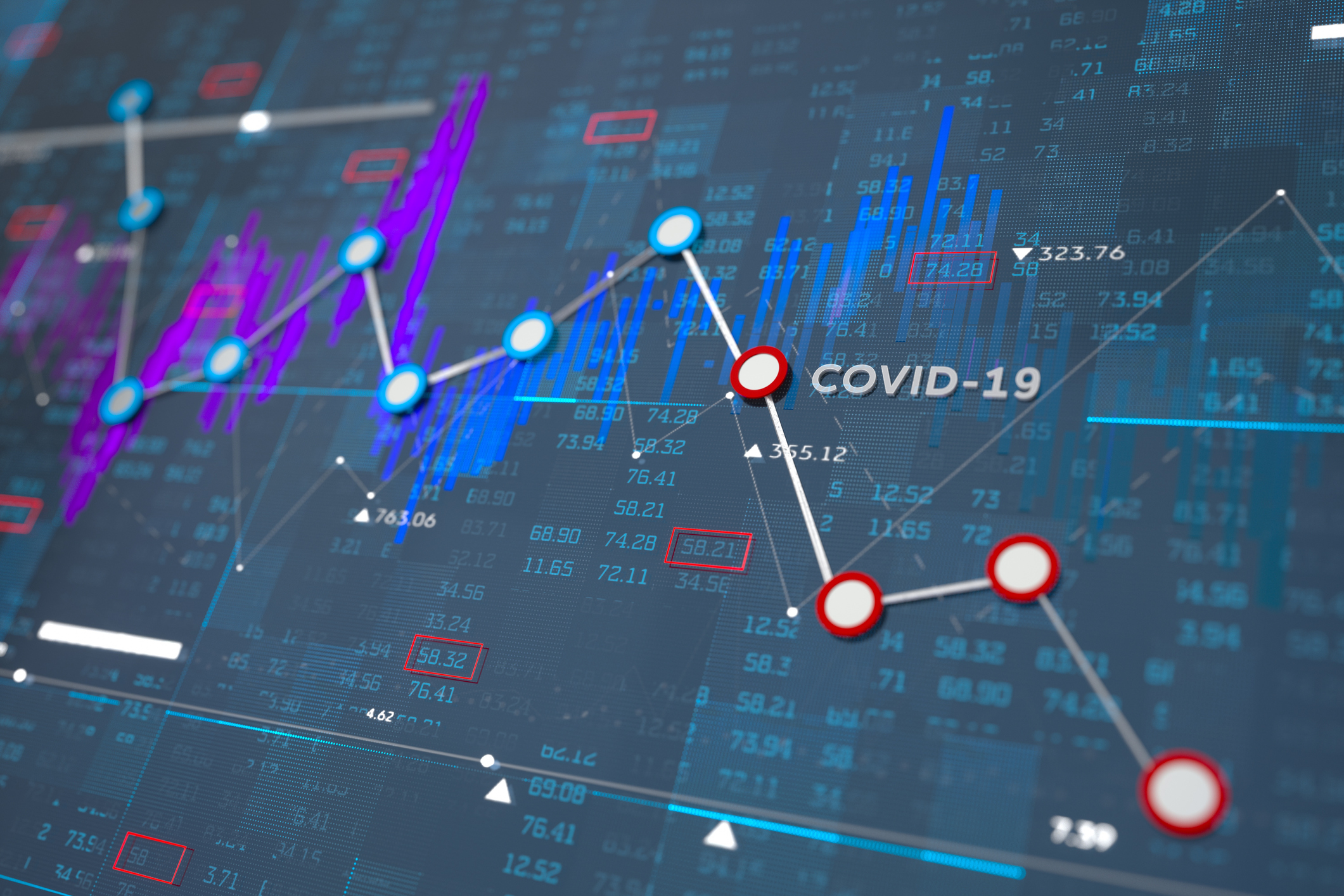 And the tech corporations’ refusal to fulfil their moral duty makes a mockery of all their fine talk about their ethical values.

They pose as champions of compassion, but act like the most hard-hearted capitalists.

And the tech corporations’ refusal to fulfil their moral duty makes a mockery of all their fine talk about their ethical values.

That is certainly the spirt of Amazon, run by the world’s richest person, Jeff Bezos.

Last September, it was revealed that Amazon paid just £220million in direct taxes in the UK in the previous year, despite total revenues in this country of £10.9billion. 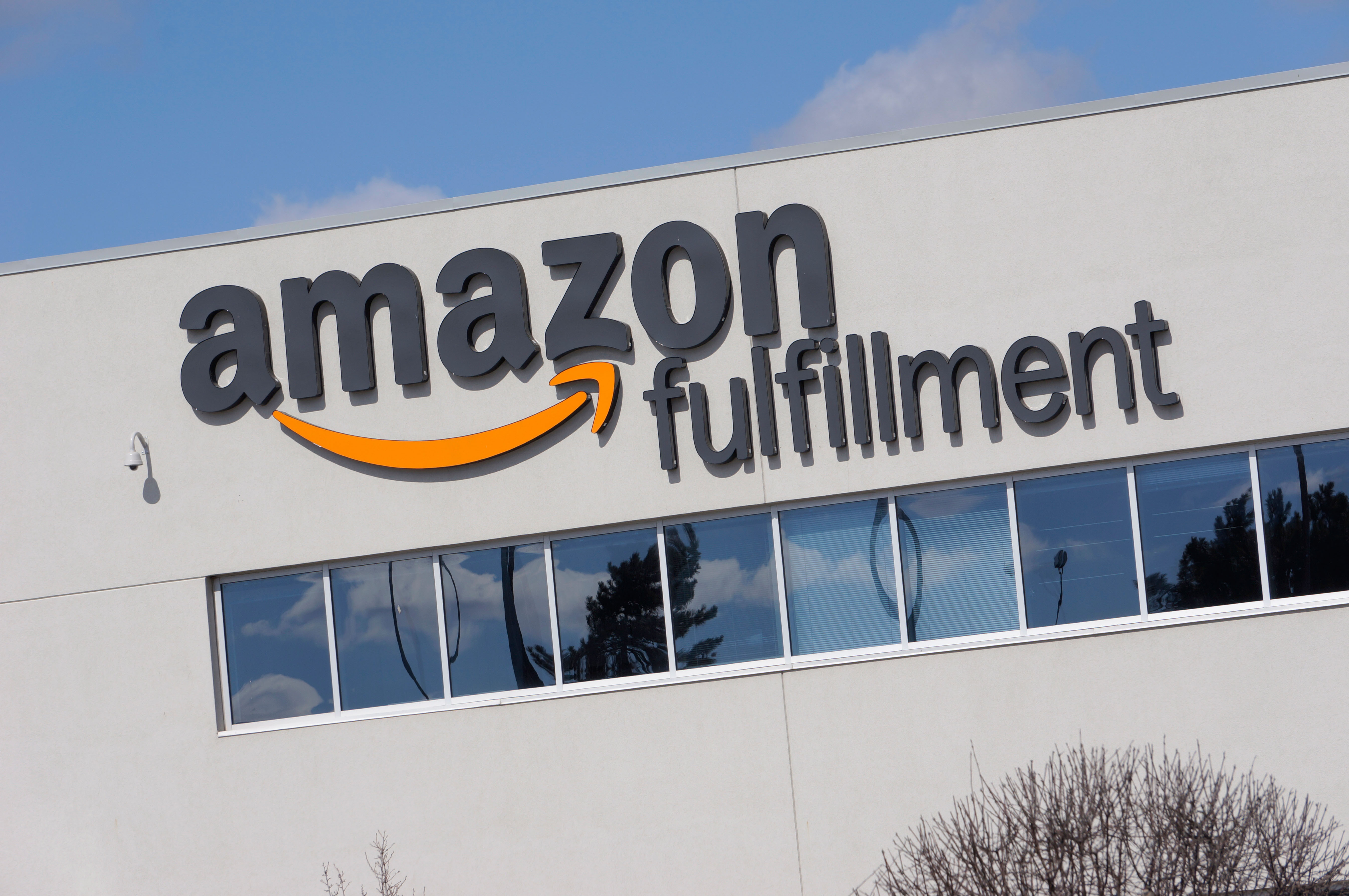 Similarly, Facebook in 2018 paid just £28million in corporation tax last year despite record British sales of £1.6billion and a rise in pre-tax profits of 50 per cent.

The hugely popular streaming service Netflix even received a £57,000 tax rebate from the Government in 2018, even though it made an estimated £700million from British subscribers.

HMRC has been far too weak in allowing the giants almost to dictate their own terms.

But the companies themselves have been ruthless in exploiting their own financial muscle, with sorry consequences for us all.

As Alex Cobham, the chief executive of the Tax Justice Network, puts it, “When multi-national corporations abuse their responsibilities to society, they weaken the supports that our economies need to work well and create wealth.”

For all the frequent talk of government crackdowns, the culture of avoidance remains deeply embedded. 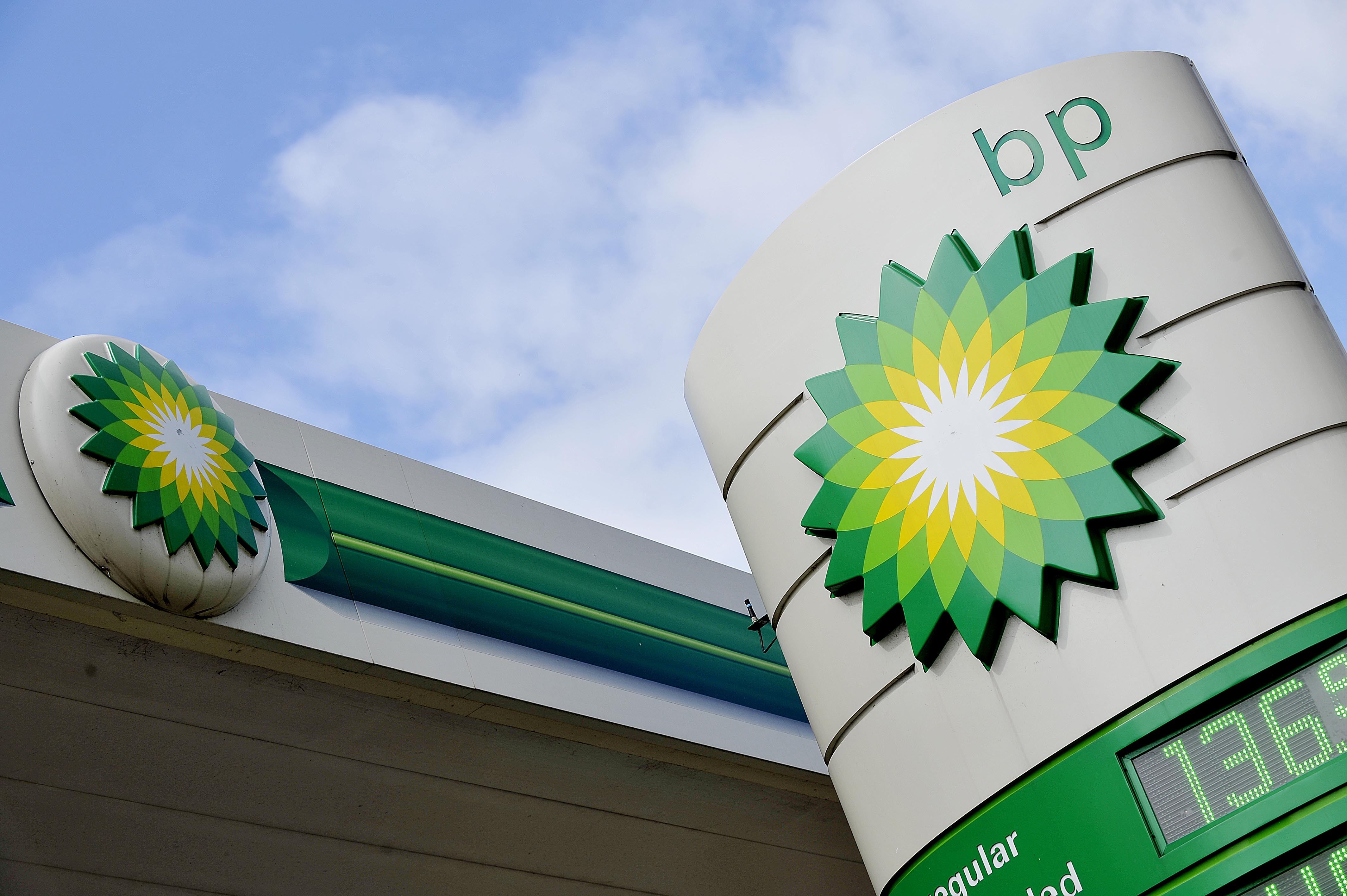 One study in December 2018 asserted that a fifth of the biggest enterprises pay no corporation at all, highlighting the case of the oil company BP which made a £5.6billion profit the year before, yet received tax credits worth £134million.

In the same vein, the Standard Chartered Bank made a £1.8 billion profit, yet was handed a £12 million.

The Tax Justice Network argues that £35 to £90 billion in taxes goes uncollected every year, while £164 billion is spent on relief that is poorly targeted.

The selfish behaviour of the avoiders like Google and Amazon stands in stark contrast to the more ethical companies who have shown a real social conscience during the Coronavirus crisis.

With a sense of respect for the public purse, several firms have decided to pay back the furlough money they were given by the Treasury to protect the jobs of their employees. 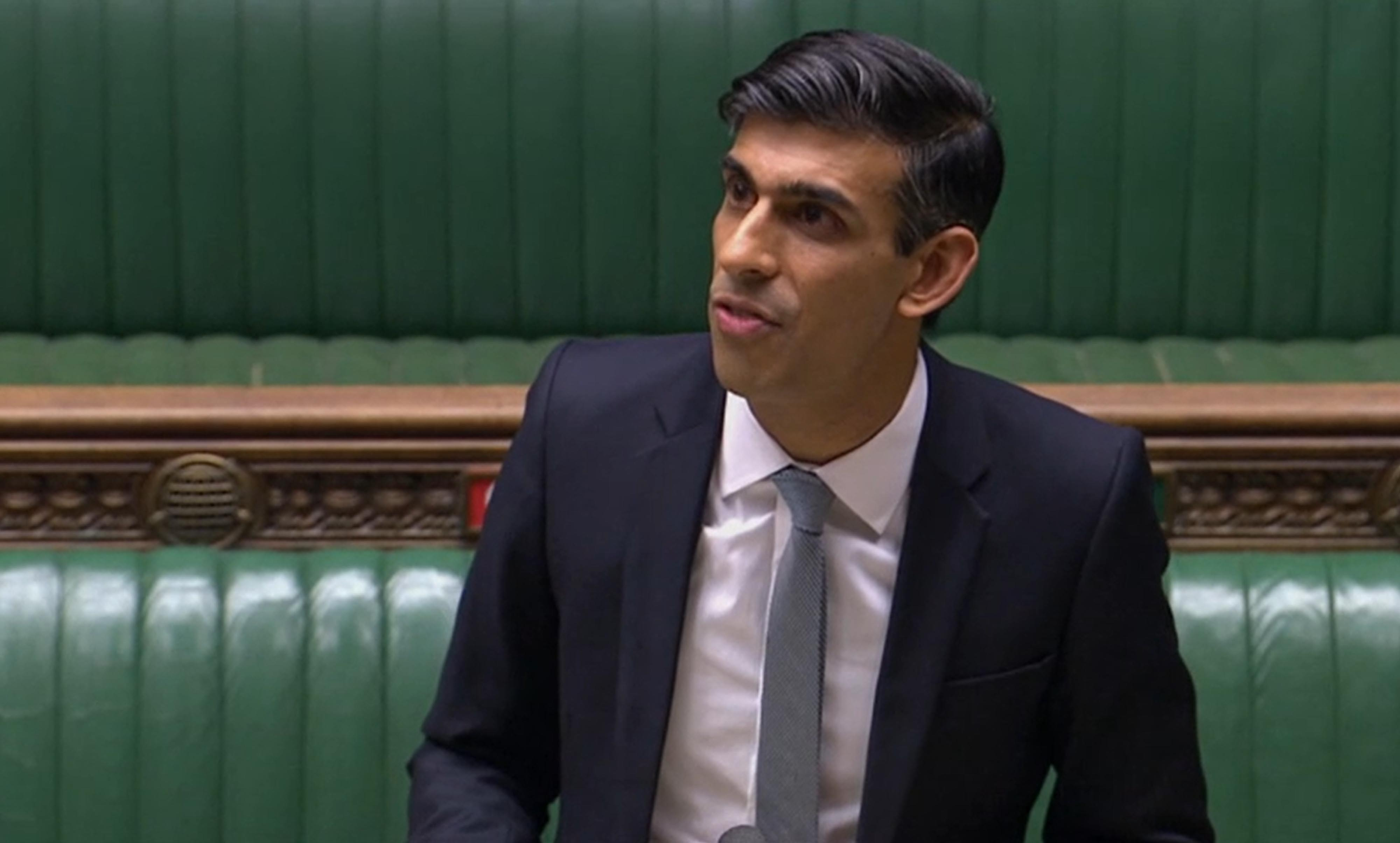 Better trading performances than they expected meant that they did not need the cash, so they honourably returned it.

Among such companies are Ikea, Scottish Sea Farms, Games Workshop, the Spectator magazine, and the housebuilders Taylor Wimpey and Redrow.

With the same patriotic outlook, some employers have refused to accept the £1000 bonus offered by the Government – as set out in Rishi Sunak’s mini-Budget – for each furloughed staff member they take back.

Several firms have decided to pay back the furlough money they were given by the Treasury to protect the jobs of their employees… among such companies are Ikea, Scottish Sea Farms, Games Workshop, the Spectator magazine, and the housebuilders Taylor Wimpey and Redrow.

With enough cash coming in, they do not require another round of subsidies. Those doing the right thing include Barratt homes, the betting giant William Hill and retailers John Lewis and Primark.

That is exactly the approach that the hi-tech firms should demonstrate towards taxation.

Those doing the right thing include Barratt homes, the betting giant William Hill and retailers John Lewis and Primark.

They are fond of pushing all the politically correct buttons about social justice.

“We stand in solidarity with the black community” boasts Amazon, while Netflix trumpets its “freedom and responsibility culture” and Microsoft aims to drive “progress on diversity and inclusion.”

But those words would have more meaning if their authors were not depriving our Government of so much cash.