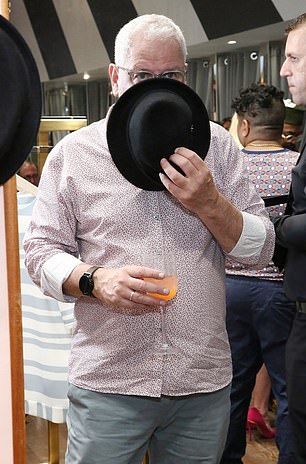 Ray Kelvin (pictured above) has been accused of making sexual innuendos

The boss of Ted Baker faces new bullying allegations amid claims of shoving an employee against a wall because he wasn’t invited to a wedding.

The member of staff was allegedly paid off with an undisclosed sum after he signed a gagging order, The Daily Telegraph reported.

The allegation is one of many now being investigated by the fashion brand as part of an independent review into bullying and harassment allegations.

The incident involving the firm’s chief executive and two members of staff, who were engaged, is said to have taken place in February 2016.

Mr Kelvin has also been accused of making sexual innuendos towards employees, as well stroking necks and detailing his sex life.

On one occasion he is supposed to have taken off his shirt in the open plan office. These allegations were detailed in an online petition by a campaign group.

One employee wrote: ‘The chief executive tries to massage people around the office, insists on long hugs with staff members, touches them inappropriately and openly asks his staff for sex. Many of the staff have reported their chief executive to HR, but HR keep saying ‘that’s just what he’s like’.’ Several members of staff saw the alleged workplace attack as the three were stood in a glass-walled meeting room.

It is claimed Mr Kelvin was furious that the couple had only invited him to their wedding reception but not the ceremony itself.

The wedding was due to take place about a month later.

The retail veteran, who was awarded a CBE in 2011, is accused of hectoring the wife-to-be before then berating her fiancé.

One eyewitness told The Telegraph: ‘The executive who was a really good friend of Ray’s and had worked at the company for about a decade was getting married to another senior member of staff. 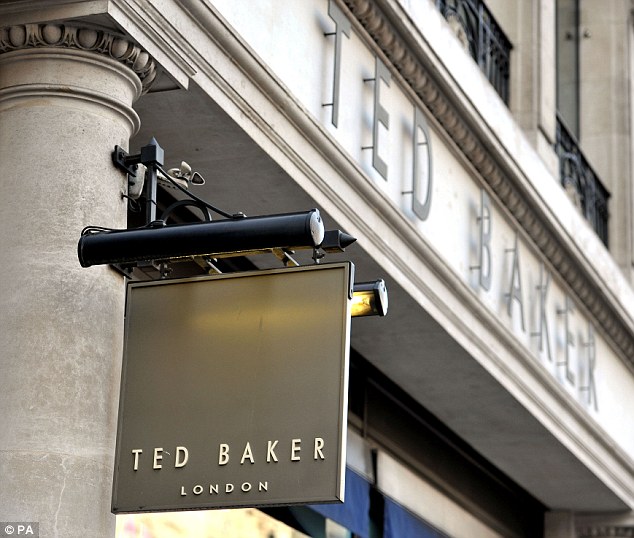 ‘Ray found out he was only invited to the evening do, not the wedding itself. He called the executive into the glass meeting room. People saw the shouting. People had to get Ray off him.’ The source said Mr Kelvin was so angry he was seen punching a table in anger once he had left the room.

Another eyewitness said: ‘He [Kelvin] was shouting at this woman… He was talking to her quite aggressively, then they went into this meeting room.

‘She came out after about five minutes crying. When Ray came out, he was still fuming. Then the director came over and wanted to have a word with Ray and then they had a bit of a shouting match. 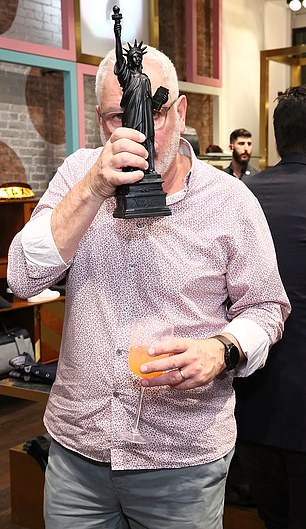 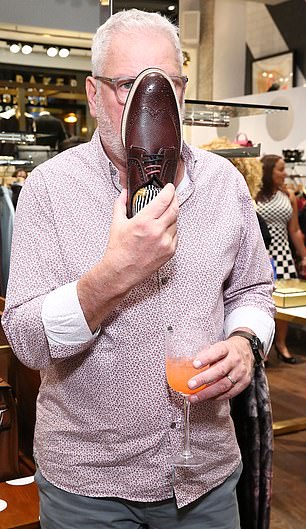 CEO of Ted Baker, Ray Kelvin (left and right) has worked in the fashion industry for more than 40 years

It was quite loud and then Ray held him up against the wall.’ The pair, both unnamed senior executives, left the office never to work for Ted Baker again.

The Telegraph later discovered the couple were paid off and agreed to sign non-disclosure agreements to prevent them telling their story.

According to the second eyewitness, Mr Kelvin explained to staff the next day why he blew his top.

The insider told The Telegraph: ‘We were sitting there the next day and he comes over and started reeling off how livid he was, ‘do you know what this f*****g c*** has done?’

‘He said, ‘I want to talk to you all about what happened’ and he reeled off this list. 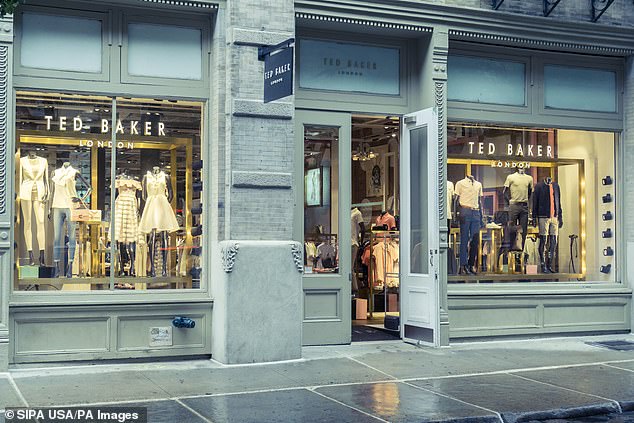 More than 100 staff have submitted anonymous stories of harassment on Organise, the campaign website where the petition began

‘They are getting married in two weeks and I’ve known him years and supported him through cancer, and he’s just gone and not invited me to the day and only to the evening’.

‘Then he paused kind of expecting us all to agree.’ Mr Kelvin set up the luxury clothing retailer in 1988 and is still its chief executive. He saw the value of his near-35per cent holding fall by £43m to £241m.

Mr Kelvin has worked in the fashion industry for more than 40 years.

The online petition urging Ted Baker to deal with the matter has amassed more than 2,500 signatures.

It is unclear how many have come from employees as the petition is open to the general public. However, more than 100 staff have submitted anonymous stories of harassment on Organise, the campaign website where the petition began.

A Ted Baker spokesman said: ‘Hugs have become part of Ted Baker’s culture, but are absolutely not insisted upon.’ He added: ‘Ray, and the company’s leadership, have always prided themselves on Ted Baker being a great employer and business to work with. Accordingly, they and the board take these concerns very seriously.’

The firm is investigating the complaints. It has appointed an independent committee of non-executive directors to consider the allegations.