Journalist Dan Sewell has recalled how killer Ted Bundy could make him smile, even after a jury found him guilty of murder in 1979.

The Associated Press reporter remembers visiting the then-32-year-old in prison to carry out an exclusive interview and admitted he couldn’t help by respond positively to the man known for being both charming and a callous murderer.

Bundy received attention from young women who hung on his every word in the courtroom, unsure of why they were fascinated and even got kind words from Judge Edward Cowart who said he would have like to see law student Bundy practice before him. 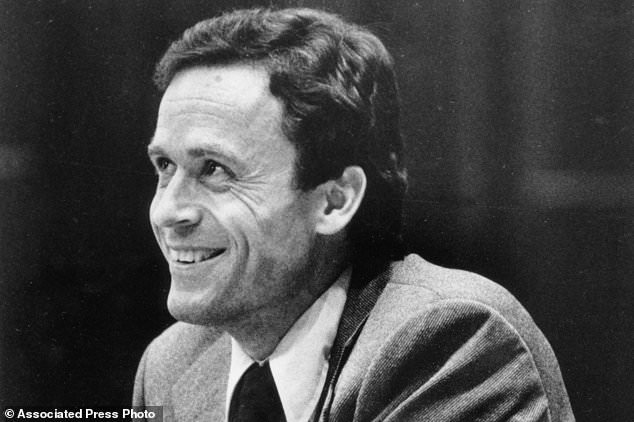 Journalist Dan Sewell found himself smiling in the presence of killer Ted Bundy (pictured June 27, 1979 in a Dade County courtroom in Miami, Florida) 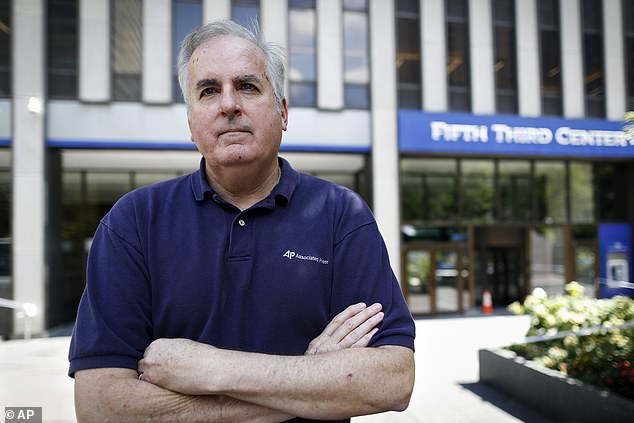 But as Bundy imitated the judge’s drawl as he confidently predicted the death penalty but imaged winning an appeal, telling Sewell, ‘Ah can only hope that the judge will look at mah case with an open mind,’ the journalist was surprised to find himself beaming.

‘Bundy had me smiling, and he left me wondering about the contrast between this personable, engaging man across from me and the ruthless killer the jury found him to be,’ Sewell commented in a Saturday article about his experience 40 years ago.

The married father was prepared to charm at all times it seems. Sewell’s chat with him was unplanned after he was assigned to go to Dade County Jail and find out what he was doing.

Ready to probe into who was visiting him and whether he was causing problems for jailers ‘as he had at times during the trial’, Sewell writes in the new article, a sergeant who noticed he had been waiting for a while whisked him into the visiting cell.

‘Bundy was meeting with one of his attorneys,’ Sewell reveals. ‘The cell door closed behind me. I introduced myself, and it was clear by his grin that Bundy was amused by my audacity. 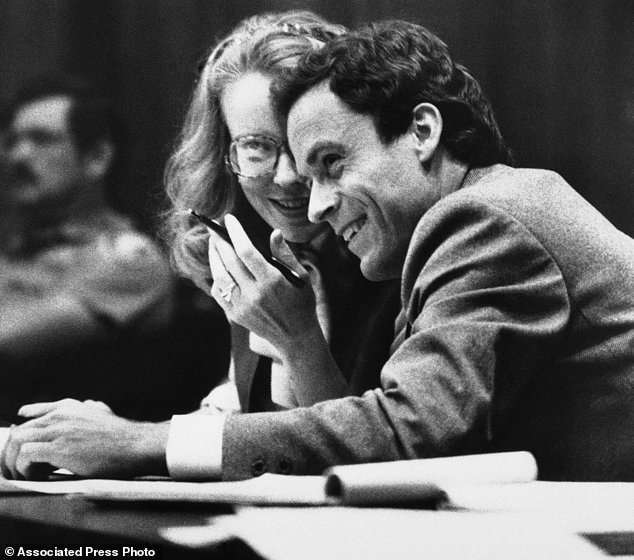 In this July 6, 1979 file photo, Ted Bundy (right) confers with Margaret Good, a member of his defense team, during jury selection for his murder trial in Miami, Florida. Bundy was accused of murdering two Florida State University students 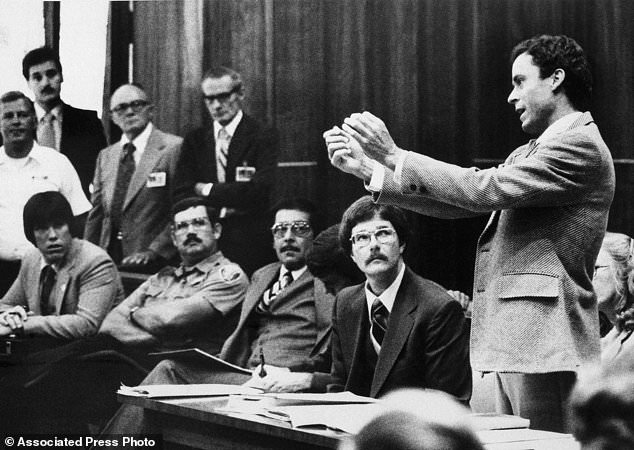 Seemingly endless people were spellbound by Bundy who questioned witnesses for the prosecution, raised objections, and disrupted his defense team (pictured June 25, 1979) 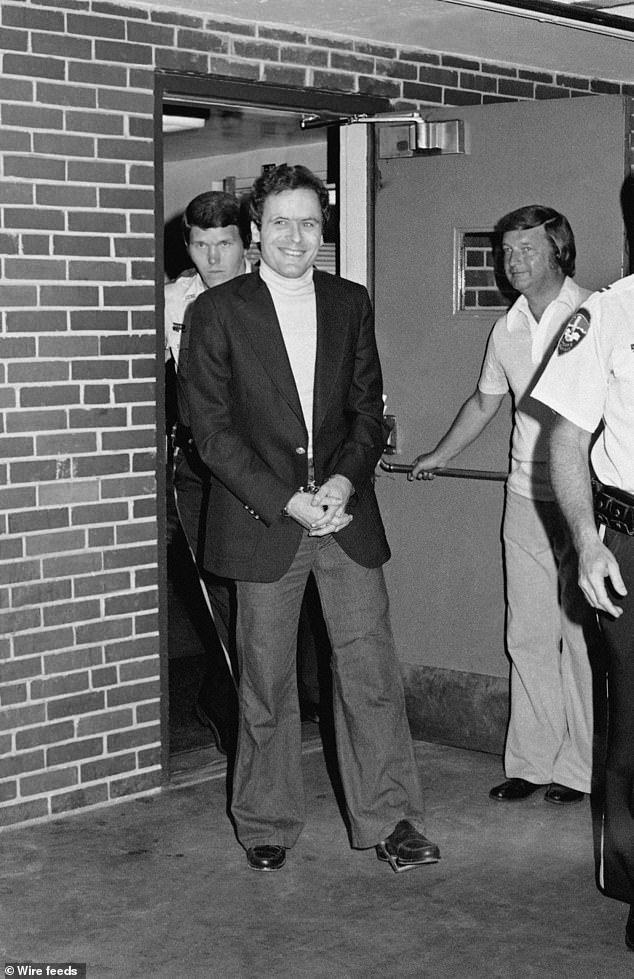 Bundy (pictured June 13, 1977) was always ready to speak to media. Sewell noted he was talkative and charming although his 1979 visit was unannounced

Despite the attorney’s uneasiness about an unplanned interview, I sat while Bundy, unshaved and dressed in jail grays left open at the top, leaned back on his elbows on a bench, and went to work on me.’

Unlike he later did with another journalist, Stephen Michaud, shortly before he was executed, Bundy maintained he was innocent and said ‘he wasn’t losing any sleep’.

Sewell said he was told in the interview published in 1979: ‘I’m not trying to sound callous. … I’m very confident we have a good appeal.’

Speaking about how he was ‘surprised and disappointed’ by the jury deciding his fate in under seven hours on July 24 after the five-week trial in Miami, Florida he then attempted to charm with his knowledge of literature, something that was completely lost on Sewell.

The journalist explained he mentioned complicated forensic evidence would help him but Bundy suggested there wasn’t much point explaining how so: ‘He told me it would take a mind like William S. Burroughs to explain it. Not a fan of the Beat generation author he referenced, I didn’t get what he meant, other than to show he was well-read.’ 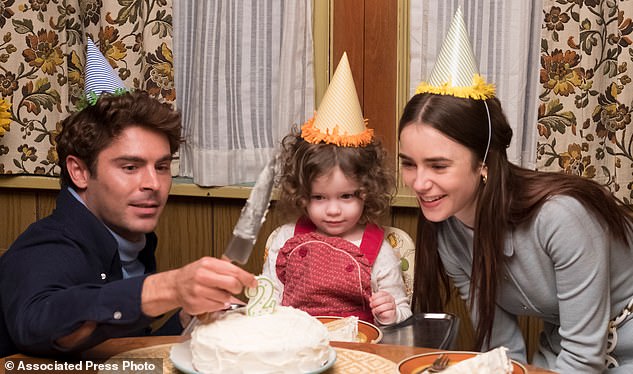 Zac Efron and Lily Collins appear in Extremely Wicked, Shockingly Evil and Vile directed by Joe Berlinger. The movie and a new Netflix documentary series have stirred up complicated reactions to handsome Bundy who killed at least 30 females in a multiple-state spree

It didn’t work out for Bundy however as the next week, Judge Cowart sentenced Bundy to die for ‘extremely wicked, shockingly evil and vile’ crimes.

Al Carlisle, a Utah State Prison psychologist, advised he was not insane as he had claimed and believed he was smarter than everybody else. His appeal was denied.

Despite delivering the line that has become the title for a 2019 movie starring Zac Efron and Lily Collins playing wife Liz Kloepfer, Sewell writes that ‘throughout the trial, Cowart showed judicial firmness mixed with some homespun warmth.

Mentioning how Cowart called Bundy ‘a bright young man’ and lamented over how he could’ve been working in his field, ‘But you went another way, partner,’ Sewell notes how even as deputies prepared to take Bundy away, the judge softly said: ‘Take care of yourself.’

Of course, there were seemingly endless people spellbound by Bundy who questioned witnesses for the prosecution, raised objections, and disrupted his defense team in the case of the Chi Omega murders that saw two Florida State University sorority sisters die and three injured.

Sewell remembered how a teenager he interviewed while providing court coverage for AP at the time told him: ‘I don’t know what it is he has, but he’s fascinating. He’s impressive. He just has a kind of magnetism.’ 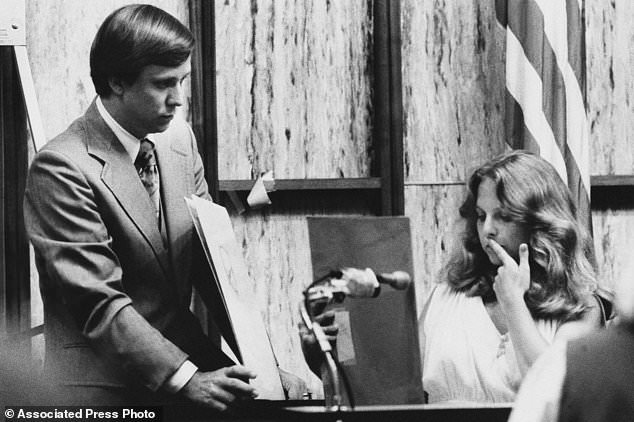 Nita Jane Neary (right in July 18, 1979) looks at a drawing in court as prosecution attorney Larry Simpson holds additional prints during the murder trial of Ted Bundy in Miami 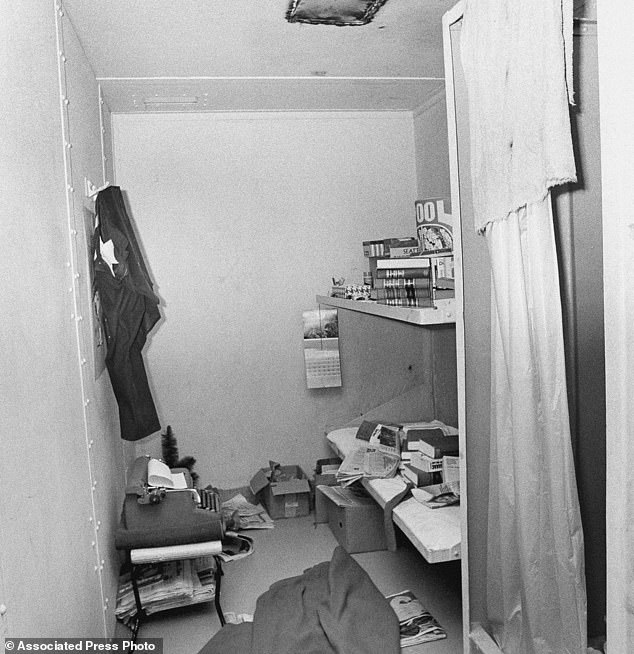 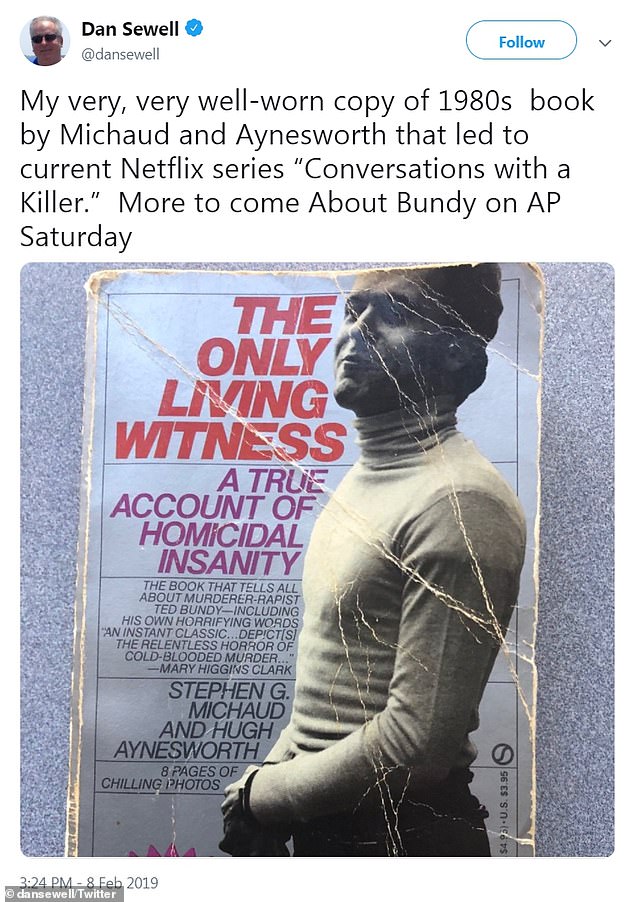 Netflix asked viewers to find another attractive man on the streaming service to crush on after their documentary series Conversations with a Killer: The Ted Bundy Tapes – inspired by interviews with journalist Stephen Michaud in the pictured book – came out

The journalist says she was part of the ‘backdrop of spellbound female spectators who were “attractive, young and single” … just like the women Bundy was on trial for bludgeoning and sexually assaulting’.

On February 9, he abducted, sexually assaulted and killed a 12-year-old girl in Lake City, Florida.

After two murder trials, Bundy would confess on death row in 1989 to taking the lives of at least 30 women across the country from Washington to Florida.

Netflix asked viewers to find another attractive man on the streaming service to crush on after their documentary series Conversations with a Killer: The Ted Bundy Tapes reignited a fire in viewers who called him ‘hot’.

Similarly, Zac Efron’s Sundance Film Festival motion picture from the same director, Joe Berlinger, came under fire for portraying his charm a little too much perhaps.

But the helmer has refuted the criticism and noted it was important to show how his handsome looks and expressive eyes charmed people at the time.

‘I certainly don’t think we’re glorifying him because he gets his due,’ Berlinger told the Salt Lake City Tribune.