Upper West Side residents are shelling out $120 (£90) a month each for private security guards to patrol their neighbourhood seven days a week, The New York Post has revealed. 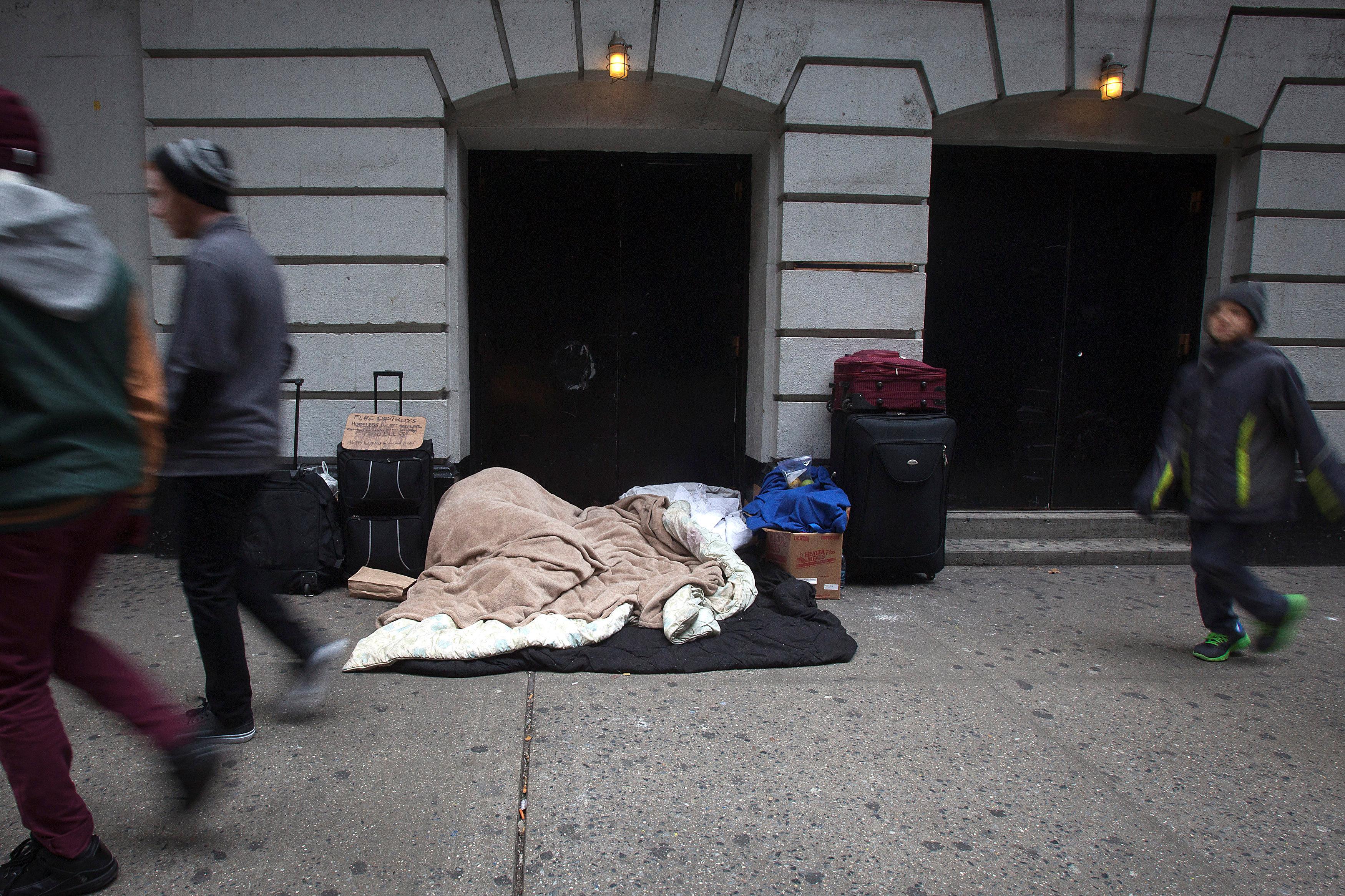 A dozen apartment buildings are part of the effort that’s costing a total $140,000 (£107,000) a year in the area around the former Hotel Alexander, that was turned into a homeless shelter under the leadership of Mayor Bill de Blasio.

“It’s a classic case of adding insult to injury,” said one aggrieved resident.

“The city dumped the problem in our lap, then refused to provide the tools to keep the problem at bay. So now we’re footing the bill ourselves, so at least we don’t have to worry about getting mugged. It’s a total outrage.”

The money pays for a single guard at a time from Cambridge Security Services to keep tabs on the four-square-block area bounded by West 95th Street, Broadway, West 93rd Street and Riverside Drive between 5 pm and 1 am, and from 6pm – 2am on Fridays and Saturdays.

The city dumped the problem in our lap, then refused to provide the tools to keep the problem at bay

“My initial reaction was ‘I don’t want to do that,’ but people in this neighbourhood are upset,” said veteran Broadway and TV actor Bill Tatum, president of the co-op board at The Fremont, two doors from the new shelter.

“I wish that the police force made the security guard unnecessary. The 24th Precinct is great, but my understanding is they’re stretched a little thin.”

Aaron Biller, a former trade magazine publisher who lives in The Fremont, spearheaded the extra-security plan last year and said it mirrored a similar effort during the 1990s.

Under then-Mayor Rudolph Giuliani, Biller said: “There was a feeling things were getting better.”

“We’re having to reach into our own pockets and pick up where the government has failed us,” said Biller, president of the “Neighborhood in the 90s” group that is lead plaintiff in a suit seeking to close the new shelter, inside an SRO that still has rent-paying tenants.

City Hall spokesman Eric Phillips said, “In the safest big city in America, the NYPD will continue to reduce crime to record levels and we will continue to help homeless New Yorkers find shelter.

“Those concepts and missions don’t compete with each other. We’ll do both.”

But police statistics show that rather than crime rising in Manhattan's 24th district, robbery has actually dropped by 59 per cent since 2001.

Police spokesman Phil Walzak commented: “The NYPD has added 36 cops to the 24th Precinct over last year and a half, and overall crime there was down 1.6 percent in 2018 compared to 2017.

“The hard-working, dedicated officers of the 24th Precinct are out there every single day fighting crime, keeping people safe, and improving quality of life,” he added.

A version of this story originally appeared on the New York Post.