Incredible images show the 16-foot-long predator emerging from the water and swimming over to check out the photographer’s camera which he was dangling in the water. 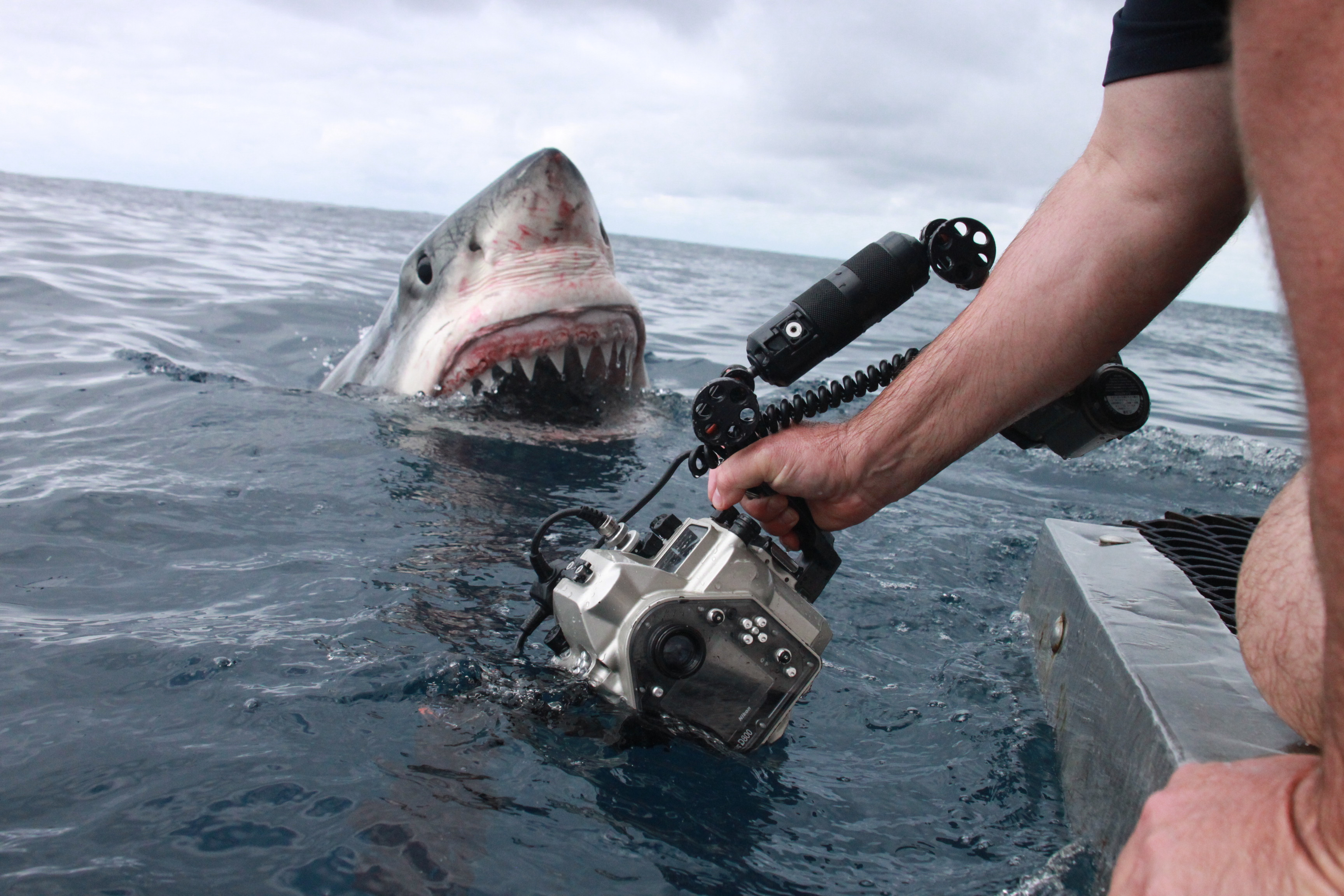 The shark's razor sharp teeth can be seen clenched around the boat, which was sailing around the Neptune Islands, Australia.

The remarkable incident was caught on camera by commercial abalone diver Luke Thom, 26, from Margaret River.

He was hoping to capture the extreme danger the photographer got in to snap the shark.

Luke said: “I was watching Andrew Fox taking these incredible photos of Great White sharks so I thought I’d try to get a shot of him getting his photo because of how close he gets to them with the fish-eye camera.

“'Holy s***' is probably the most common reaction. I see a story and a moment in the photo. It’s not like watching a video.

"You can look at a photo and imagine what is going on."

“These sharks are pretty incredible animals and they need protection and minimal human impact.”

The Neptunes comprise two pairs of islands known as the North and South Neptunes.

Male Great White Sharks – which grow up to 16-foot-long – inhabit the islands all year round.

The pups are born in summer (December to January), but don’t start entering the ocean until winter (April to August).

This is when the giant female Great Whites – which are up to 19-foot-long – come to the Neptunes.

Yesterday beaches around Byron Bay were shut after a Great White bit a surfer.

Three people were mauled by sharks before Christmas in the seas around Australia's Whitsunday Islands, further north in Queensland. 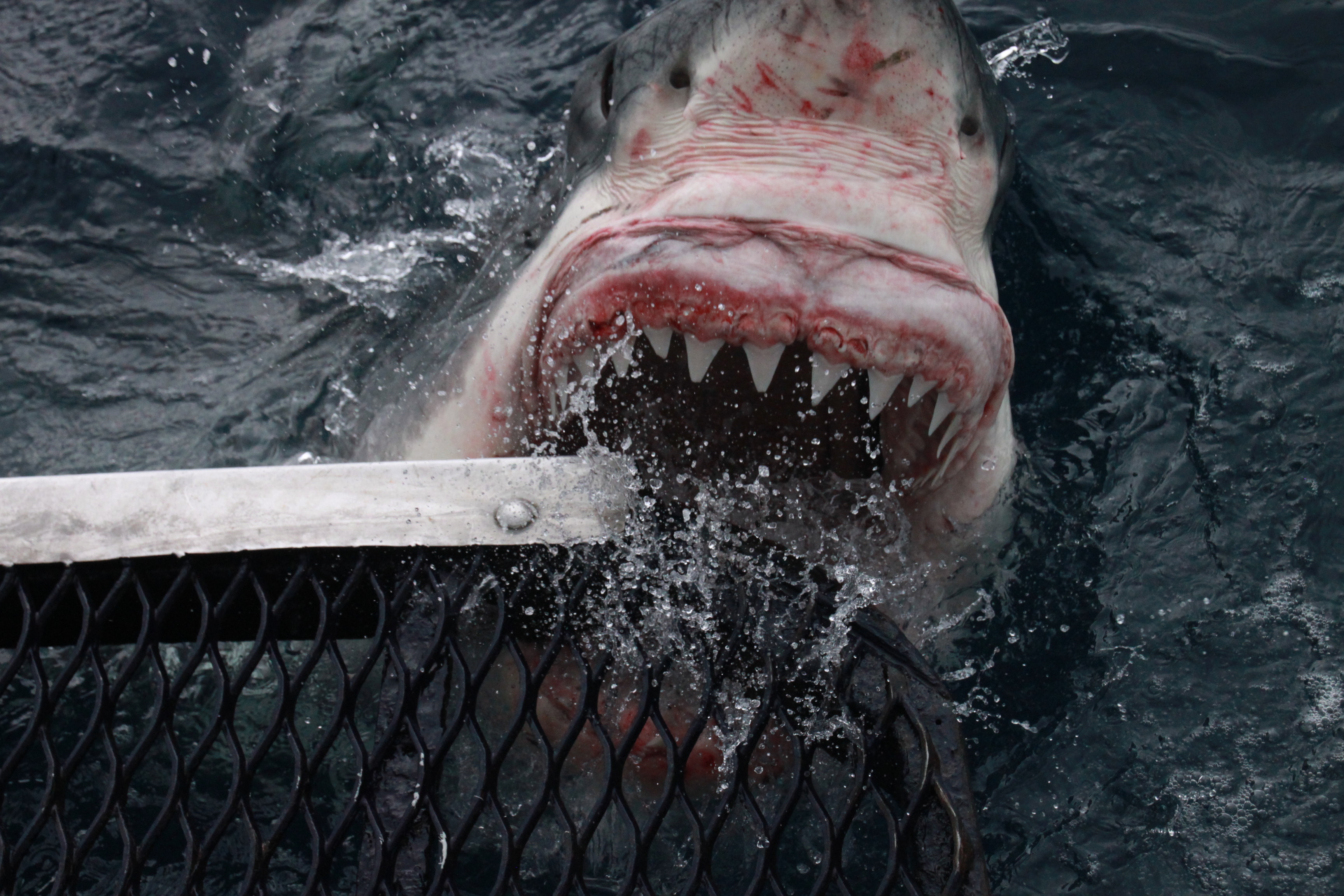 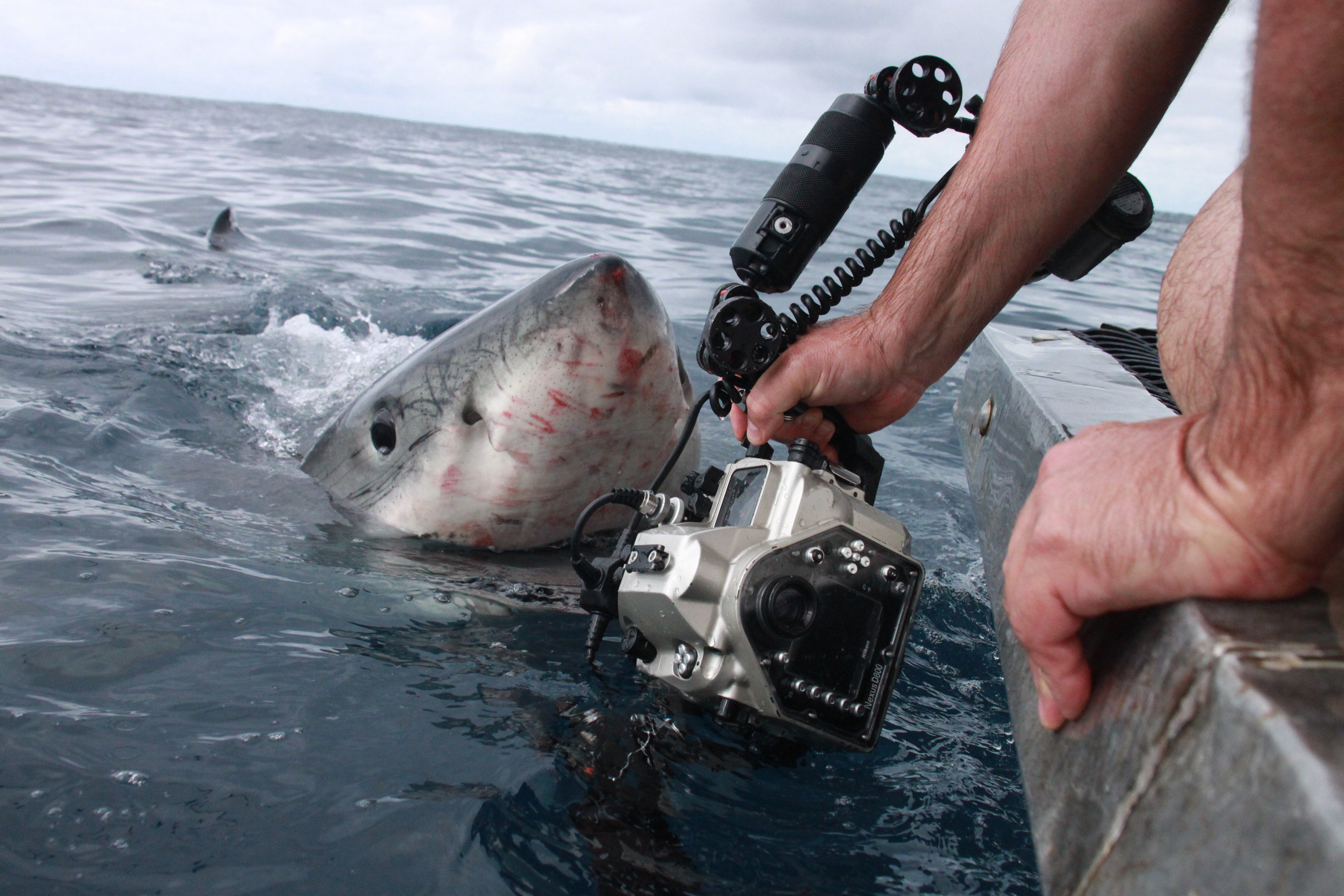 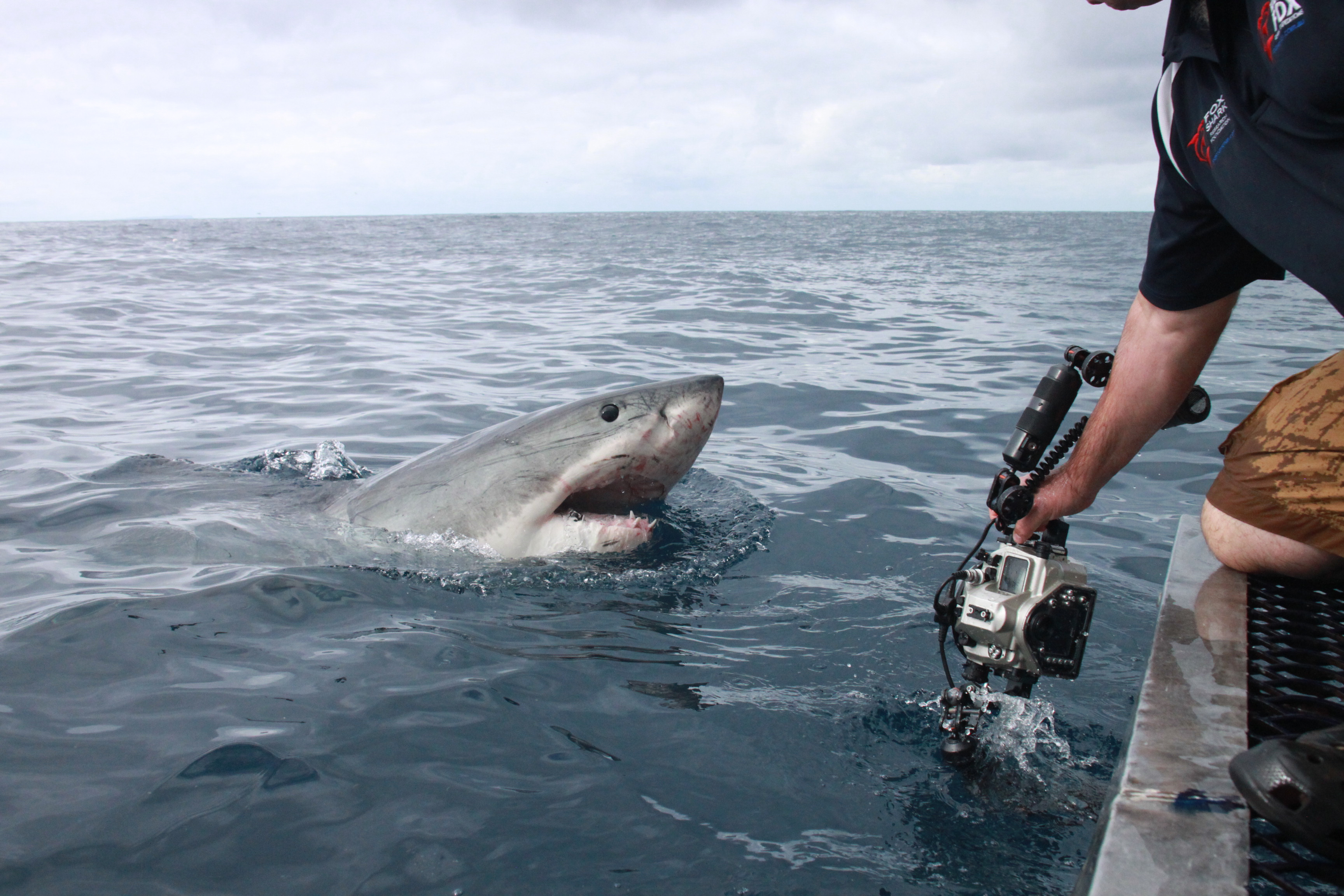