A police investigation is under way after three armed thieves smashed their way into a property and left a couple and their terrified child barricading themselves into a room.

CCTV footage released by Greater Manchester Police showed two members of the masked gang launching bricks at a glass door at the back of the property before a third person runs towards the home clutching a hatchet.

A man and woman in their 30s, along with their child, who were inside the property, located in the Middleton area of Manchester, barricaded themselves into a room and contacted emergency services.

The man suffered bruises to his hands as he tried to stop the offenders from breaking down the door to the room, according to police. 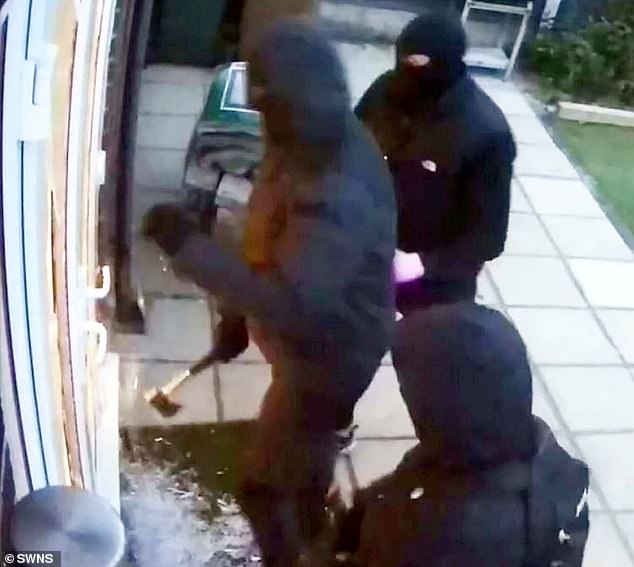 The three offenders smash the glass door and storm into the house in the Middleton area of Manchester at around 9.45pm on May 22 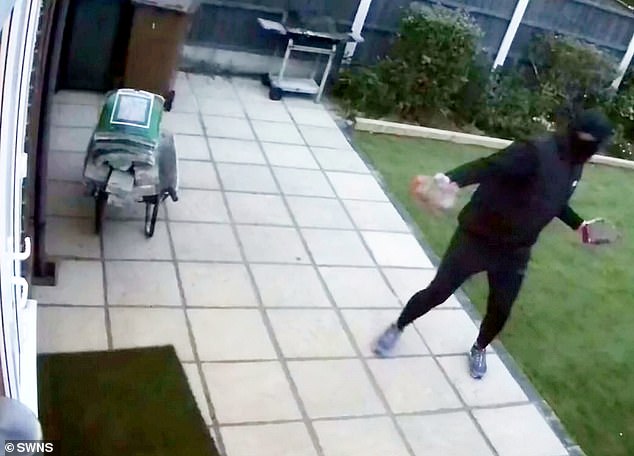 One member of the gang, wearing black clothing and a balaclava, launches bricks at the property

The three offenders then fled the scene in a Blue BMW 1 series after leaving the property through the garden.

Following the incident, which took place at around 9.45pm on May 22, police have released CCTV footage in a bid to trace the thieves.

During the clip, the axe-wielding thieves, dressed in black clothing and balaclavas, smash the door to the back of the house and storm in.

Detective Constable Melanie Jeffery of Greater Manchester Police said: ‘This is a horrific incident which has left a family understandably traumatised.

‘Nobody should be made to feel unsafe in their own home, especially a child.

‘We have released CCTV footage of three men we would like to speak to in connection with the incident and we want anyone who may have information to contact police as soon as possible. 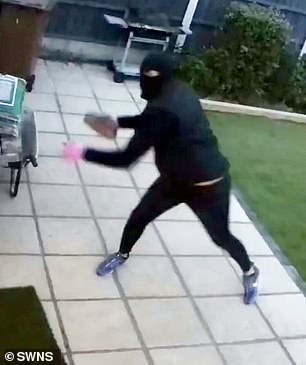 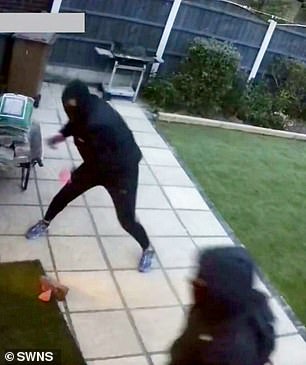 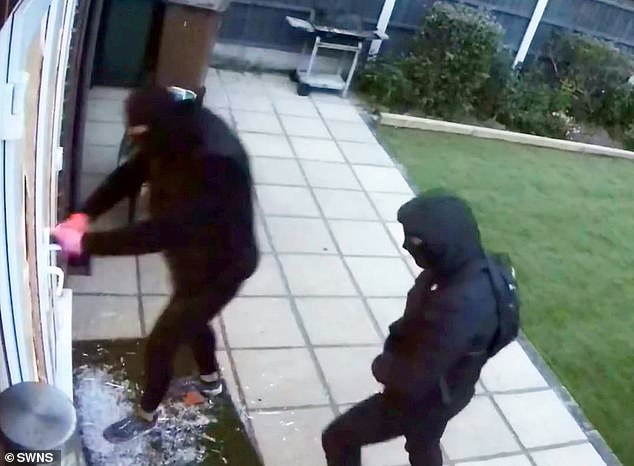 The masked gang shatter the glass and enter the property in Middleton at around 9.45pm 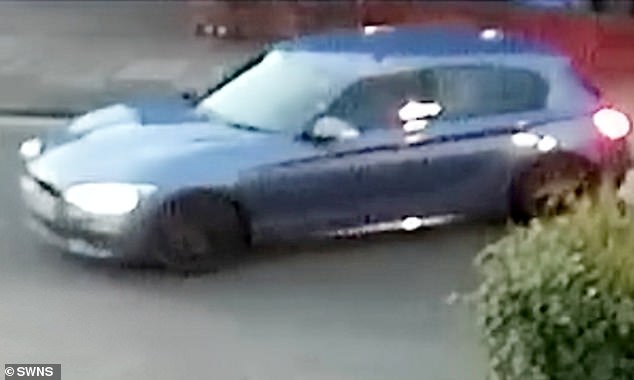 ‘I ask anyone who was near or on Boardman Fold Road at the time of the burglary to try and think back to that night and recall whether they recognise the men in the video so we can establish the full details of this terrifying incident.

‘I would also like to reassure the community that we are doing all we can to protect residents and find those responsible.

‘I have a dedicated team of officers investigating this burglary and you will see extra patrols in the area. Please stay vigilant and report anything suspicious to the police.’

Alternatively, information can be passed on to the independent charity Crimestoppers, anonymously, on 0800 555 111.