THIS is the terrifying moment a mum-of-two was swept away after leaping into a frozen river in Russia – as her kids watched in horror.

The woman, 40, jumped into the Oredezh River to mark the Orthodox Epiphany in the village of Vyra, near to St Petersburg, on Wednesday. 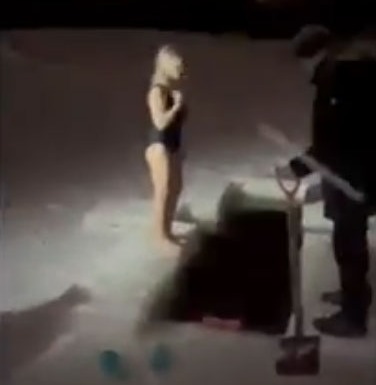 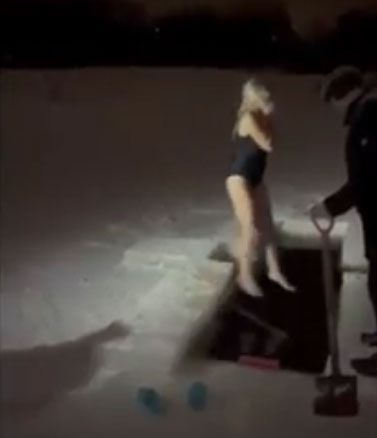 But she was quickly dragged under the ice and swept away by the fast current.

Her horrified kids cried "mama mama" as a man, believed to be her husband, dove in to try to find her.

When his attempt failed, rescue divers also launched a search for the woman – who has not been named but is understood to be a lawyer, MailOnline reports.

The woman was one of thousands who dove into the icy water for theOrthodox Epiphany this month.

They share the belief that dipping in the freezing water has healing properties.

Footage show the woman – wearing only a black one-piece swimsuit – stand on the ice next to the hole before jumping in.

She quickly disappears from view before a man plunges in to try to find her.

Despite his efforts and those of the rescue divers, the woman has still not been found.

Alexander Zuyev, head of the area's rescue service, criticised the group for cutting the ice hole where currents are strong.

He said: "The woman went for a plunge in a location where there are no rescuers or appropriate lighting in an unsuitable ice hole.

"It is one of the most dangerous rivers in the Leningrad region and people drown in it every year, even in summer." 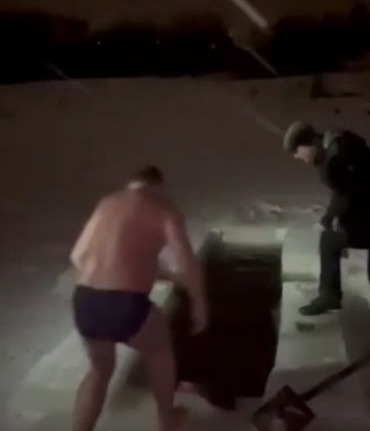