A supermarket has launched an investigation after one of its employees found a spider, alleged the ‘world’s most venomous’, crawling the bananas.

Tesco worker Jack Farrar, from Portsmouth, was unpacking boxes of the fruit from Colombia on Wednesday when he made the horrifying discovery in Havant, Hampshire.

He shared a video of the spider, believed to be a Brazilian Wandering Spider or ‘Murderess’ as it is commonly known, lurking under the shelves of the supermarket and wiggling its limbs on social media. 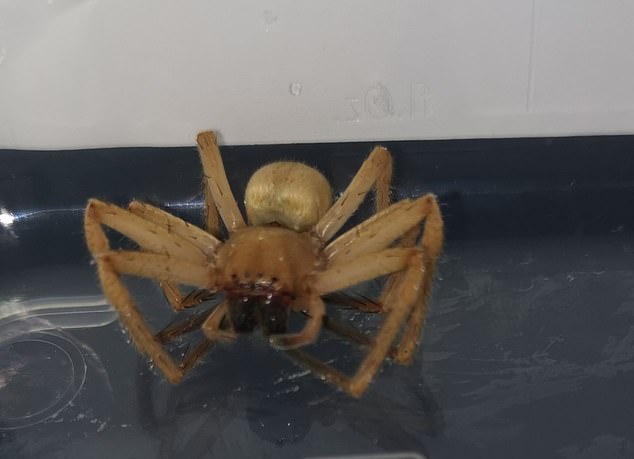 Jack Farrar, from Portsmouth, found what is believed to be a Brazilian Wandering Spider in a box of bananas imported from Colombia while working at a Tesco Extra in Havant, Hampshire

Mr Farrar zooms in on the light brown creepy crawly which waves its front legs menacingly – an action which is said to be a warning that they are about to attack.

The horrified supermarket worker took to Twitter to share the footage, posting the video with the caption: ‘Here’s a close up just for you, came all the way from Colombia 1st class.

‘I don’t know how I feel about unpacking bananas at Tesco anymore after experiencing this.’

A Twitter user named Sean Fair replied, saying: ‘That looks like a Brazilian Wandering Spider, one of the most venomous spiders in the world, just googled it.’

The post has since been deleted but Tesco have announced they are looking into the matter.

A spokeswoman for Tesco said: ‘We were sorry to hear about this and are investigating this with our supplier. 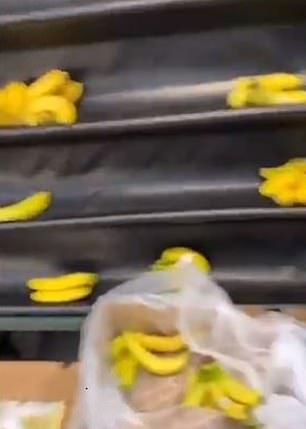 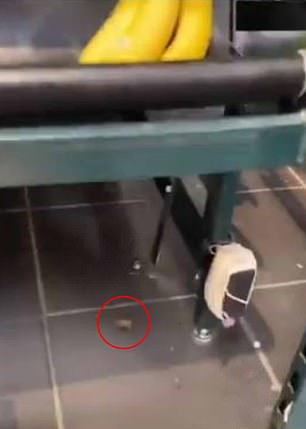 ‘We sell millions of bananas every week and our growers work carefully to clean and inspect all our fruit before it is packaged and transported.

This is not the first time the spider has been found in bananas from Tesco.

In June 2015, a family from Rainham, Essex purchased a bunch of bananas with a cocoon of spider eggs attached to it.

The Brazilian Wandering Spider is also known as Phoneutria, or in ‘Murdress’ in English and has been named ‘world’s most venomous spider’ by the Guinness Book of World Records.

It was reported that the spider’s venom was being used for studying erectile dysfunction after it was found a bite from the spider can leave men with painful four-hour erections.