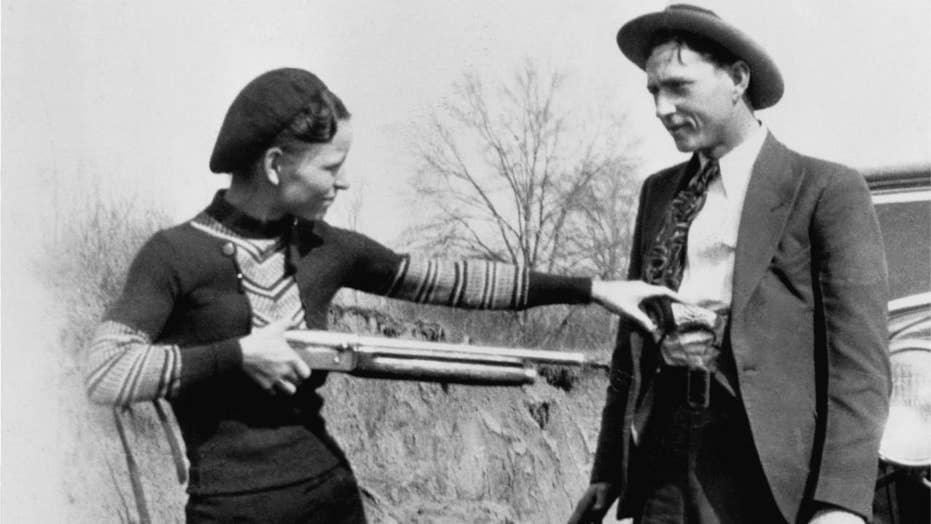 Bonnie and Clyde met their demise before ever having to answer for their crimes inside a Texas courtroom — but a state court clerk recently unearthed the long-lost, 85-year-old documents that had been meant to bring the notorious outlaws to justice.

The documents are the original 1934 Tarrant County indictments charging the infamous Depression-era outlaws with the murders of two Texas state troopers.

“A piece of history in my hands,” Clerk Ann Perry said after finding the indictments, NBC 5 Dallas reported Thursday. The files turned up while she was scanning old paper court records into the Tarrant County computer system.

Prosecutors obtained the indictments seven weeks after Bonnie Parker and Clyde Barrow killed troopers E. B. Wheeler and H.D. Murphy on Easter Sunday, April 1, 1934. The lawmen had stopped to help when they saw what they believed was a broken-down car. But the vehicle's occupants turned out to be the infamous villains, who gunned down the young cops.

KANSAS UNDERGROUND TUNNEL MAY LINK TO BONNIE AND CLYDE

A farmer sitting on his porch witnessed the shootings and provided information to help identify the killers, according to the Southlake Historical Society in Texas.

GUNS OF OUTLAWS BONNIE AND CLYDE TO BE AUCTIONED 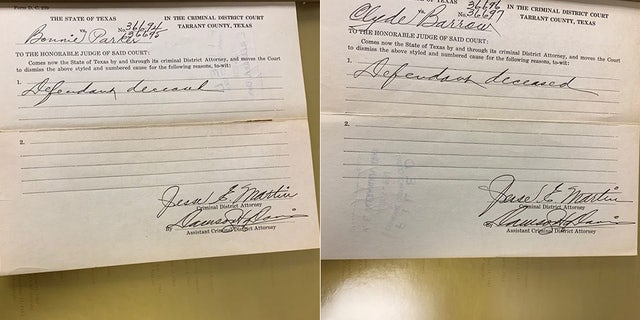 Bonne and Clyde met their demise a week after the charges were filed when agents cornered them in a stolen car in Louisiana and opened fire with a barrage of bullets.

"Instead of executing the indictments, they executed the people," Tarrant County records manager Paula Ford told the station. "We didn't catch them. We didn't get them in our jail. But we do have the papers."