The Great Walk of China: Thai mother with dementia is found EIGHT MONTHS after setting off to see her nearby son and walking 400 MILES away to China

A 59-year-old Thai woman with dementia has returned home after leaving her house eight months ago to see her son nearby, and accidentally walking 400 miles to China.

Kaeomanee Arjaw was reported missing on June 12 from her house in the Thai province of Chiang Rai, part of the mountainous ‘Golden Triangle’ zone which borders Laos and Myanmar.

She was found in late January in the southern Chinese city of Kunming carrying a Thai identity card, helping officials swiftly contact the local consulate. 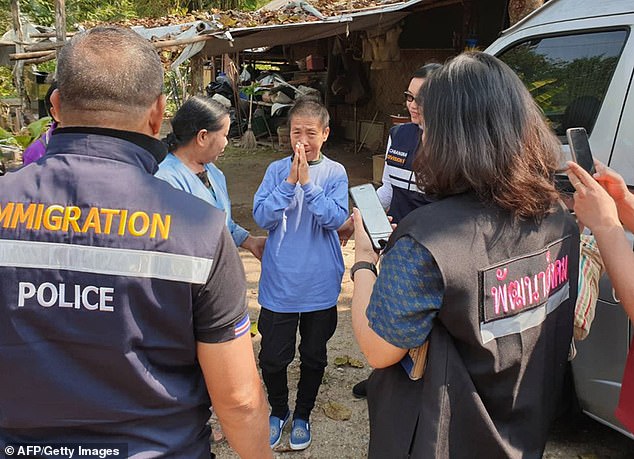 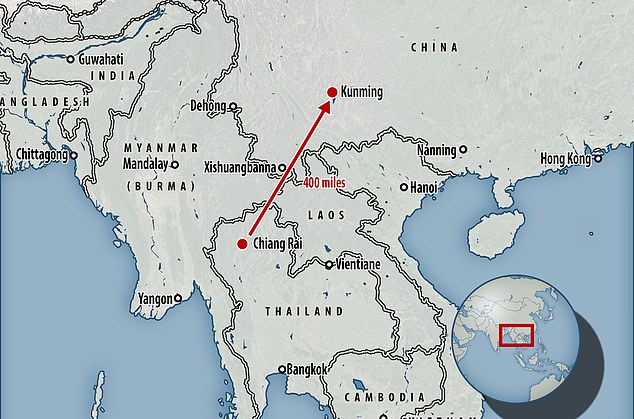 China borders both Laos and Myanmar and it was not immediately clear which route she took across the remote frontiers or how long her journey took.

‘She told officials she went there by foot, she kept walking, asking for food from stalls along the way,’ said Colonel Aekkorn Butsabarbodin of Chiang Rai immigration police.

On Thursday Kaeomanee’s daughter Suchada, 35, flew with Thai officials to Kunming where the pair were filmed hugging each other – the daughter on her knees, sobbing with relief – in an emotional reunion.

In the footage, an official asks the woman where she was going when she left her daughter’s home last June. 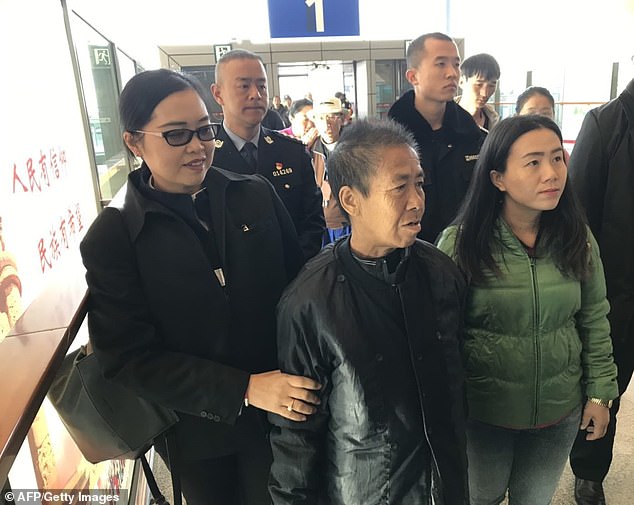 Kaeomanee Arjaw, (centre), is escorted by her daughter Suchada, 35, (right) who flew with Thai officials to Kunming in China to collect her mother, who has dementia 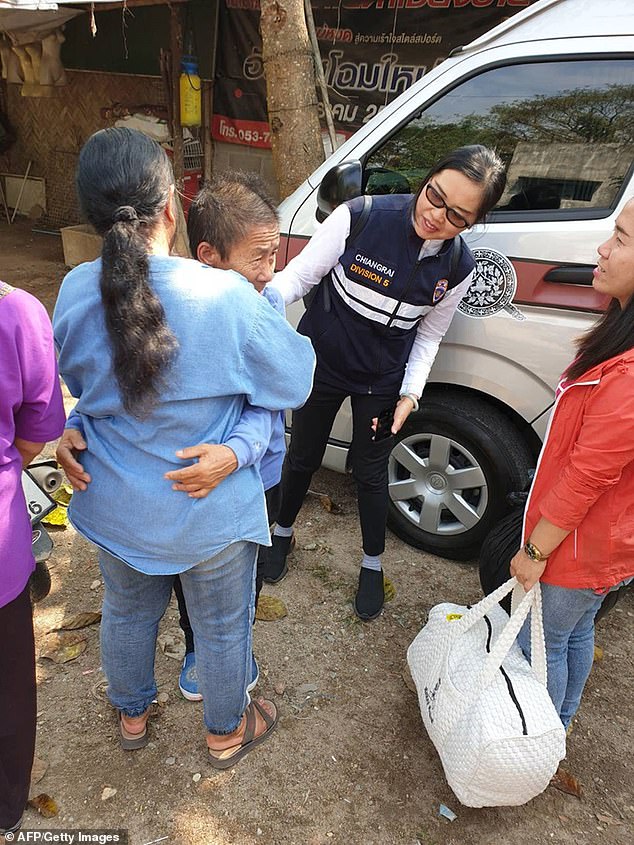 Kaeomanee Arjaw embraces a relative upon arriving home. The 59-year-old, who was dementia, said she went to visit her son last June and just ‘kept walking’, ending up in China

‘I went to see my son… I met him, then I kept walking,’ the woman answers. ‘There were no cars around.’

She had lost 20 kilograms along her journey, her jubilant daughter added.

Kaeomanee and her daughter, who are from the ethnic Akha hill-tribe, flew back to Chiang Rai on Friday.