THIS map reveals the areas at risk of moving into Tier 3 coronavirus restrictions from next week.

Both Suffolk and Gloucestershire could be forced into tougher measures as cases continue to increase in both areas, app data has revealed. 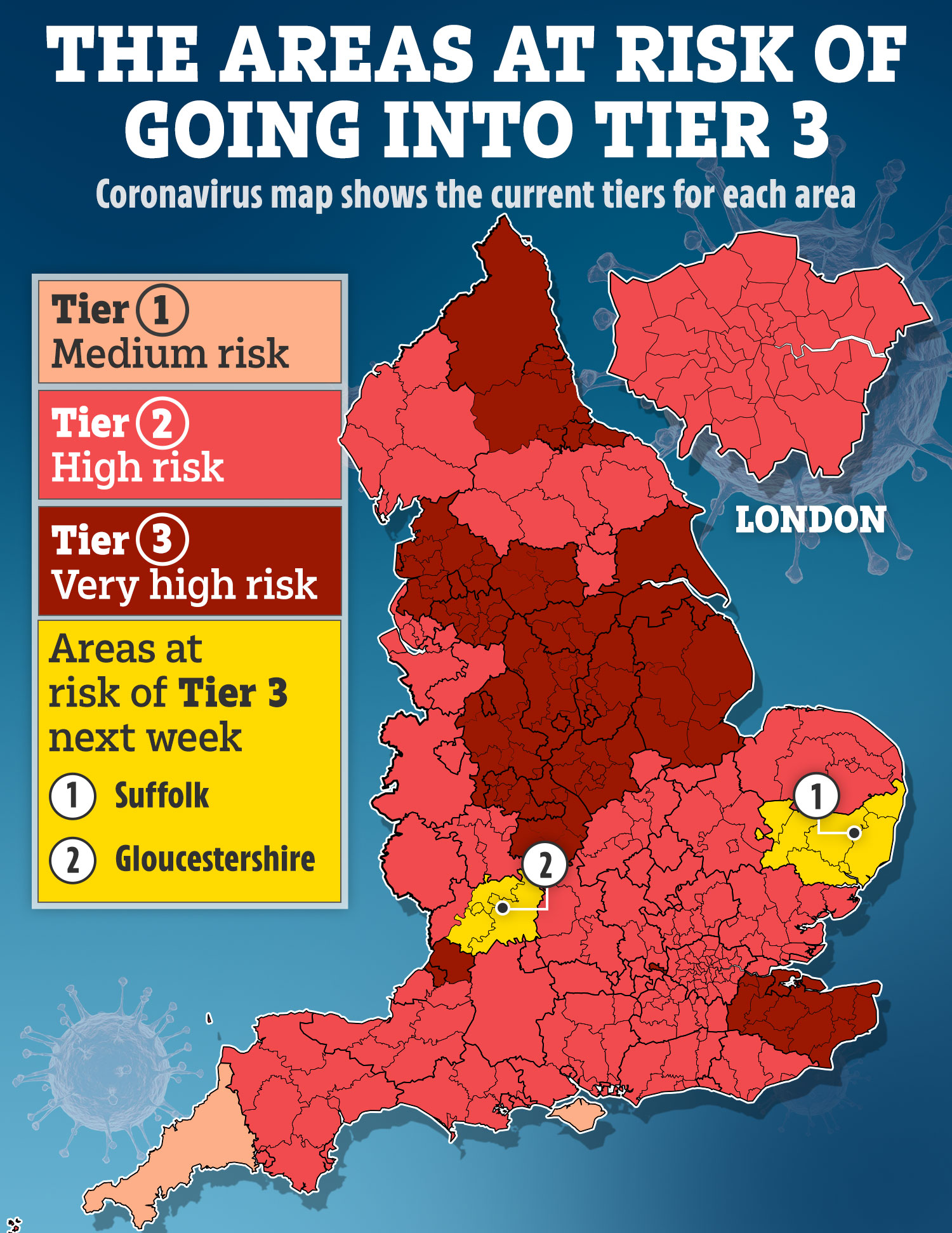 It comes after experts today warned that restrictions could be in place until March as the UK waits for a vaccine to be rolled out across all ages and vulnerability groups.

Professor Chris Whitty said not enough people will have had the vaccine by the spring – despite a mass inoculation programme kicking off yesterday.

Once the elderly and the most vulnerable have received the vaccine, Prof Whitty said it would only be then that the government could look at policy changes – including social distancing and Tier restrictions.

Data from the ZOE Symptom Tracker App today revealed that in the UK, there are currently 19,091 new daily cases of the virus.

It also suggested that both Suffolk and Gloucestershire are two areas in Tier 2 that could be moved to Tier 3 restrictions.

The data from the ZOE App looks at the region as a whole, whereas data from Public Health England (PHE) splits the areas into three places.

Data from PHE also suggests that cases have gone up in East Suffolk, West Suffolk and Mid Suffolk.

In Gloucestershire – the second area identified as being at risk of moving into Tier 3, the experts at ZOE said cases have increased in the last week. 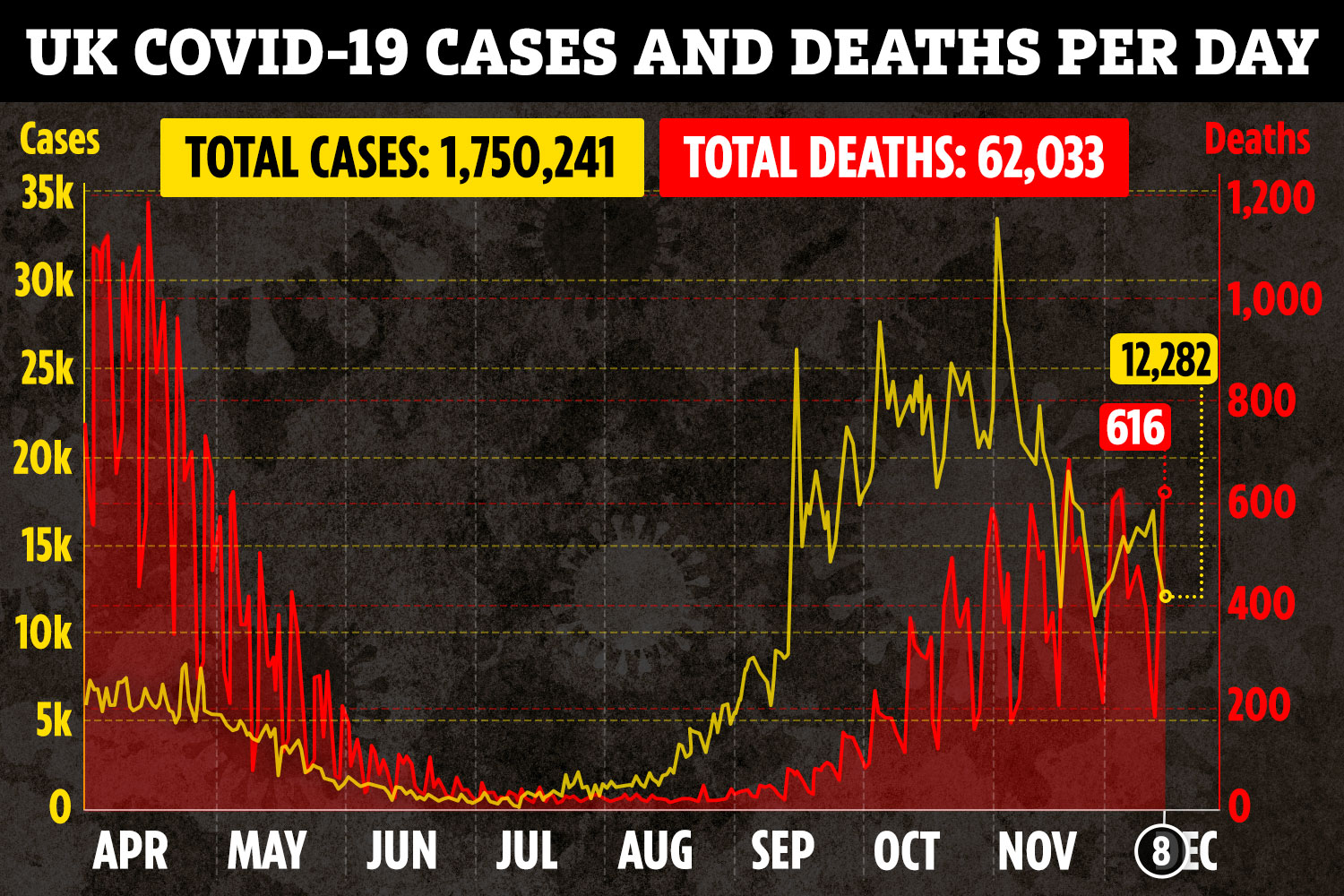 It's worth noting that these areas aren't necessarily those with the highest cases overall.

The app data suggests that most places that are currently in Tier 3, such as Kent and Medway and The Humber, still have the highest cases per 100,000.

England's tier system, which was re-enforced on December 2, will be reviewed every two weeks with the first review next Wednesday.

It takes into account the case rates and NHS capacity as well as the views of local directors of public health all taken into consideration.

A final decision on whether any areas should change tiers made at a Cabinet committee with changes coming to effect on December 19.

After the fourth review on January 27, the tier regulations will be brought to Parliament again.

While data from the app suggests Suffolk and Gloucester should go into Tier 3, public health experts have warned that Londonders should also face tougher restrictions.

One expert said the capital needs to enter Tier 3 "within 48 hours" or risk a "terrible situation" and rising deaths over Christmas.

Professor John Ashton, a former regional director of public health for north-west England, said: "[The government] needs to decide in the next 48 hours whether to move London into tier 3 otherwise they really risk a terrible situation for London, with deaths going up during the Christmas period.” 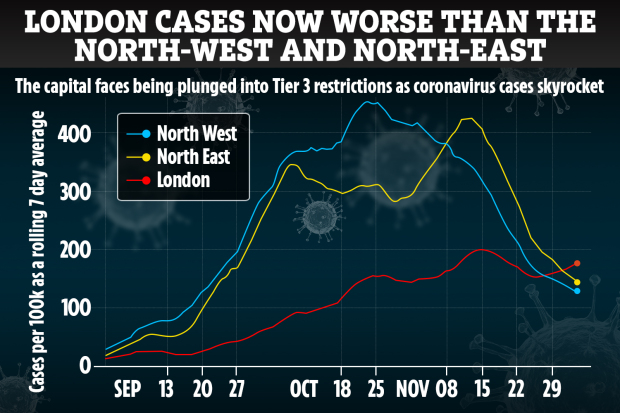 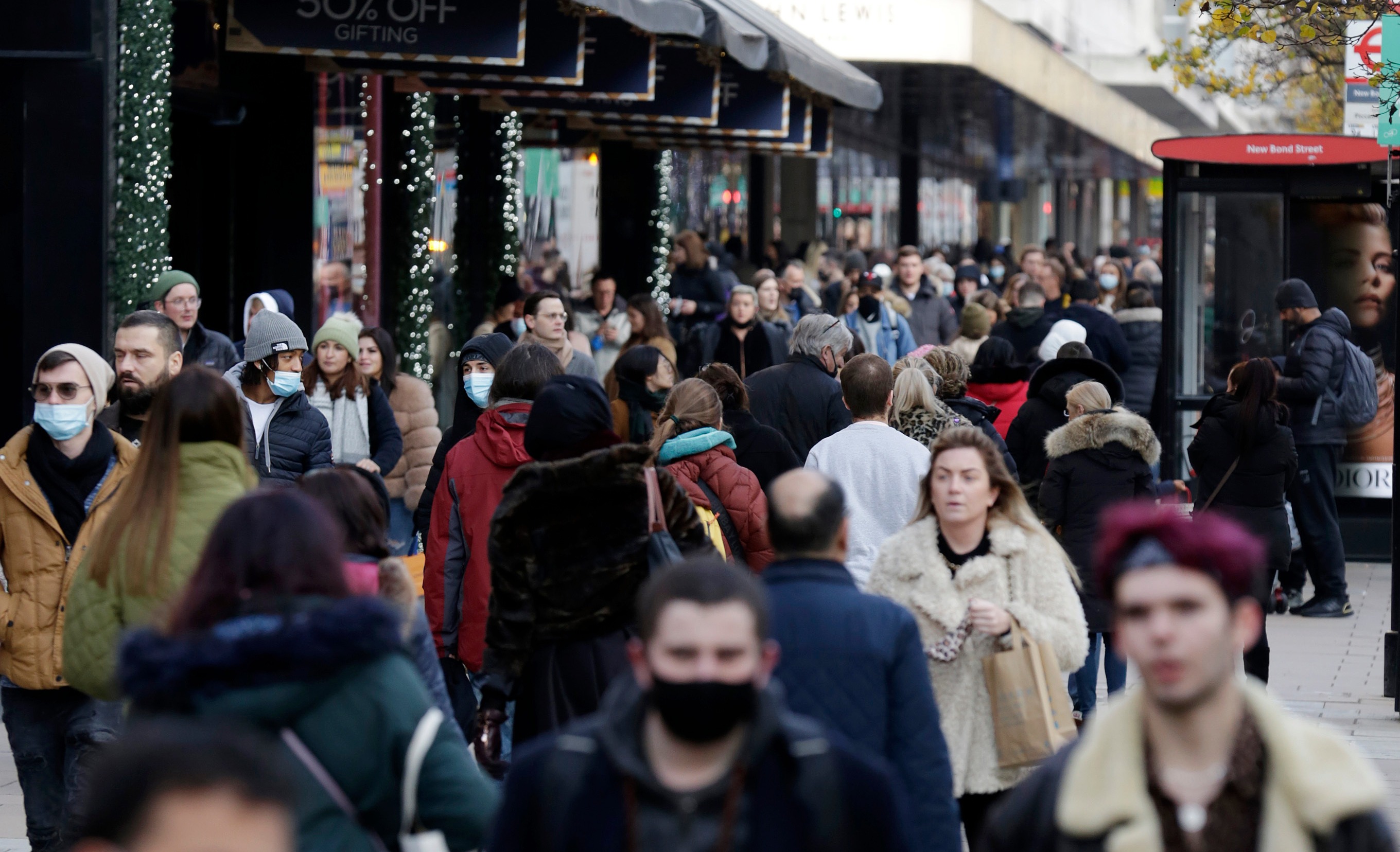 He also warned: “They might have to go to complete lockdown.”

The city was placed into Tier 2 when England exited its national lockdown a fortnight ago – but rates of infection have been climbing since before then.

The city has now overtaken the north-east and north-west where most regions are subject to tier three rules.

Cases could continue rising as Londoners flock to bars and shops now restrictions have eased.

Mayor of London Sadiq Khan added: “The number of cases in London are rising again and if we don’t all work together now we may face tougher restrictions across the capital.

“Londoners have worked incredibly hard to help bring down the number of cases before, but we must not risk undoing all the sacrifices that have been made by lowering our guard and allowing cases to rise further ahead of Christmas.”

Researchers behind the app earlier revealed they have created a new dashboard looking specifically at tier risk.

It forms part of their daily report, which is then presented to the Government, and is based on around one million weekly self-reporters and the proportion of newly symptomatic users who have positive swab tests.

Professor Tim Spector, who leads the team, said: "We launched on the ZOE app a complex dashboard about the stats for English tiers based on the govt criteria on prevalence, trends and NHS capacity."

He added that they will be simplifying the format, but that the data is available to all those who self-report on the app.