The pillowcase thief, the shopbreaker and the con artist: Child crooks as young as 12 who faced the birch, the workhouse or an adult jail for petty crimes a century ago

From stealing doormats to dine-and-dashing, they were mostly petty offences committed by youngsters that nowadays might result in a telling off at worst.

But these candid photographs dating from 1902 to 1916 show how children as young as 12 faced the birch, the workhouse or an adult jail alongside murderers and rapists for their crimes.

The mugshots feature young offenders who were brought before the North Shields Police Court near Newcastle upon Tyne and might have faced being whipped by a birch cane as a punishment for their misdemeanours.

Among the children from the North East was Maud Garmey, 17, a domestic servant who was arrested for theft and sent to a home after stealing three bedsheets, a pillow case, and several other household articles.

Others included Margaret Ann O’Brien, 14, who was jailed for two weeks for obtaining money by false pretences from fishermen, and Alfred Yarrow, 17, who stole a shirt and cotton from his mother and was jailed for six weeks.

The mugshots were taken around the time of the Children Act coming into law in 1908, which brought in a separate juvenile court to deal with crime and welfare issues, where custody for those under 14 was abolished.

In the same year, the Prevention of Crime Act rolled out borstals nationally for boys and men aged 16 to 20 – involving a strict regime based on physical training and education, after the first one opened in Kent in 1902.

The mugshots were taken just after the Victorian era, which saw children as young as ten caught breaking the law finding themselves thrown into prison with adult offenders, in the workhouse, or even facing deportation. 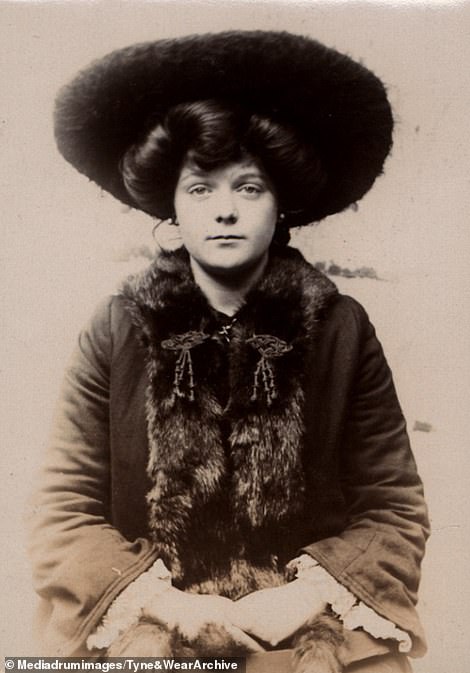 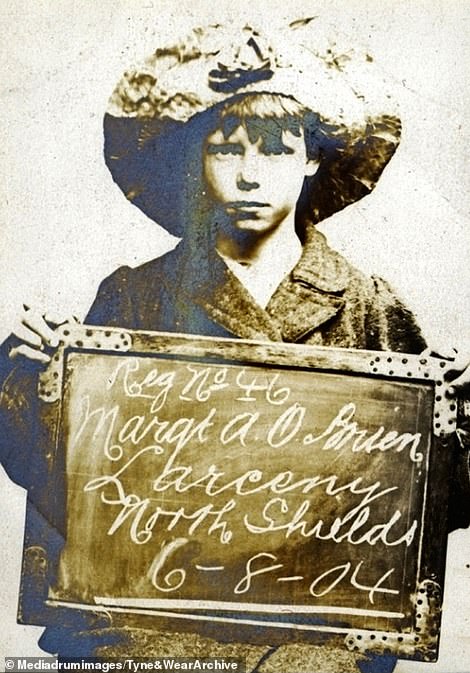 Maud M Garmey (left), 17, was a ‘domestic servant’ arrested for theft. She stole three bedsheets, a pillow case, and several other household articles. She was sent to a home. Margaret Ann O’Brien (right), 14, was arrested for obtaining money by false pretences from local fishermen. She received two weeks in prison 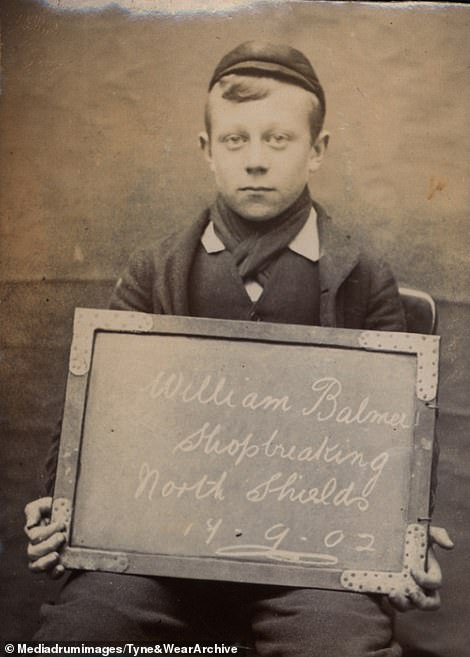 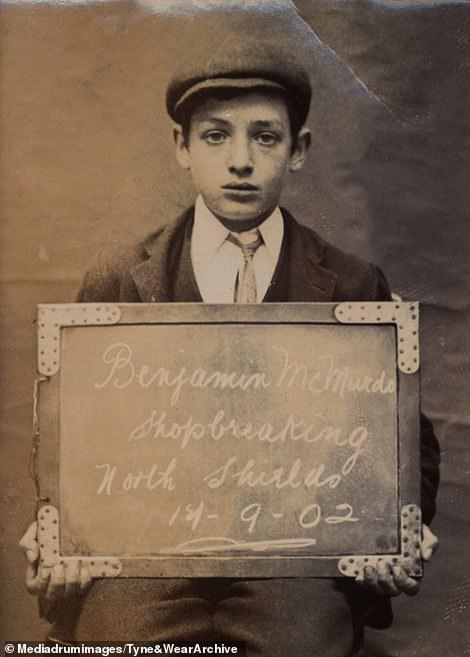 William Balmer (left), 15, was arrested for shopbreaking with Benjamin McMurdo (right). In 1902, a report told how the duo were part of a gang of five 15-year-old boys charged with breaking and entering into business premises and stealing property worth between £4 and £5. Balmer and McMurdo both pleaded guilty to six charges, although their punishment is unknown 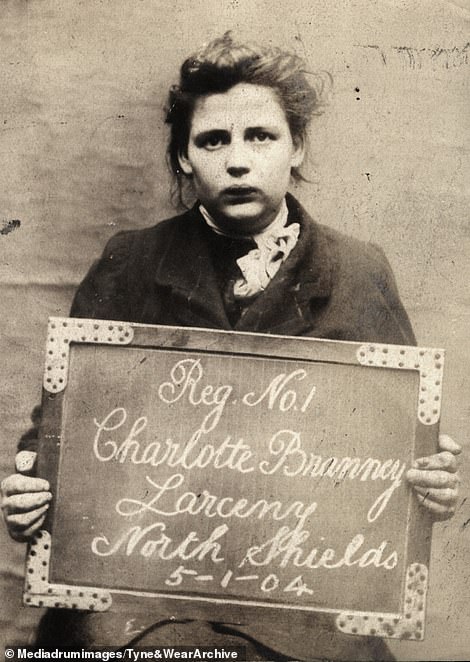 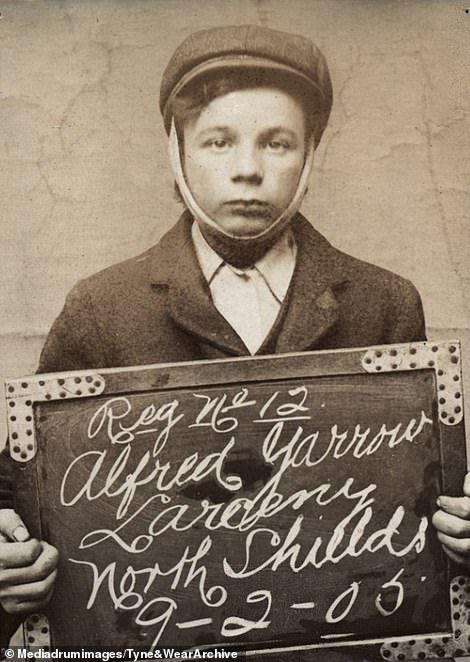 Charlotte Branney (left), 18, was in domestic service with Ed McHugh as eating-house keeper in New Quay, North Shields. She obtained a day’s leave and, after she was gone, a jacket was missed from a stand in the hall. The next day she left altogether and so did a skirt from the bedroom. Branney was apprehended at Seaham Harbour and pleaded guilty to stealing the skirt but, as to the jacket, she said she only borrowed that for the afternoon. Being afraid of detection on her return she threw it over a fence near her mistresses’s house and it was gone the next morning. She was jailed for two weeks. Alfred Yarrow (right), 17, stole one shirt and 4½ yards of cotton, value 4s 11d, from his mother, Jane Yarrow. He received six weeks in prison 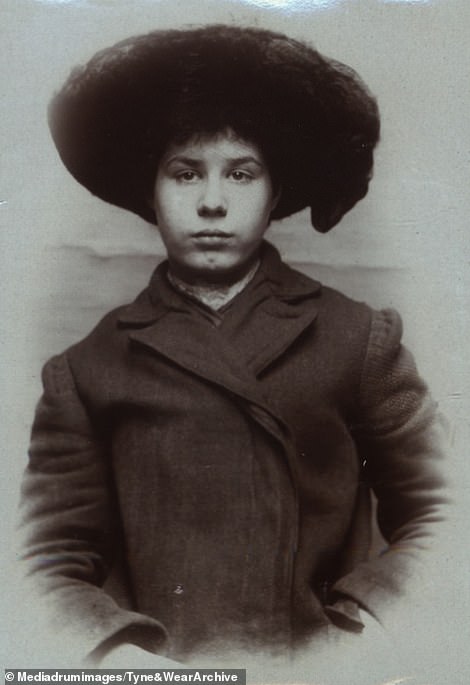 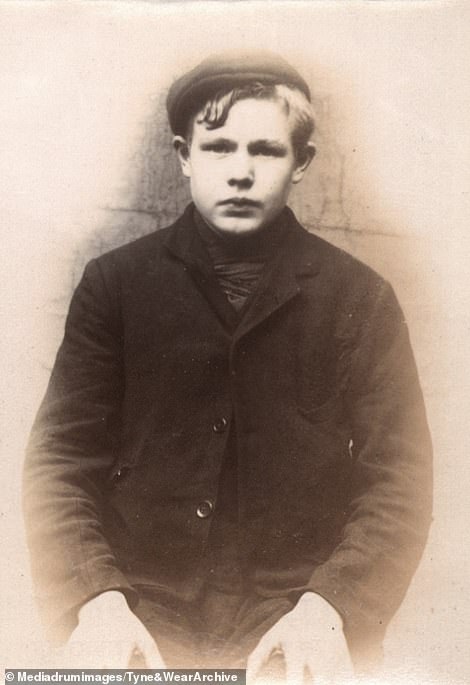 Alice Maud Marr (left) was arrested for stealing door mats. She was jailed for two weeks alonsgide family members. Thomas Craigie (right), 18, was a labourer arrested for breaking into a house. He was let off with a warning 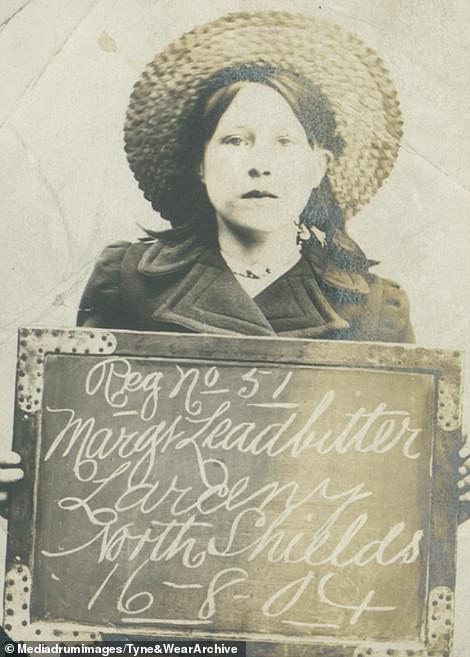 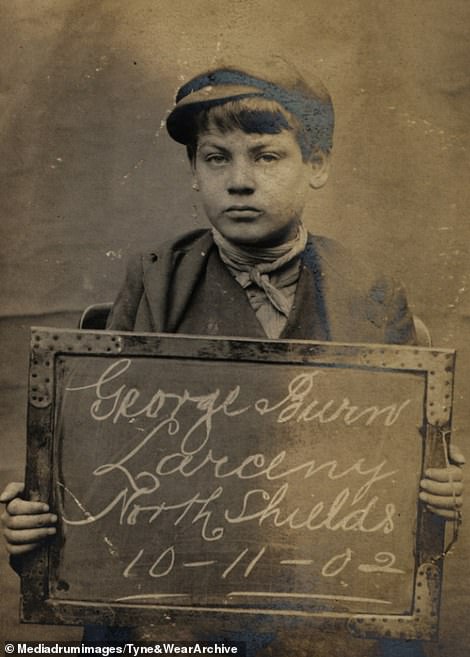 Margaret Leadbitter (left), 12, was arrested for stealing money from other children. She stole from several younger children but avoided further punishment after she was bailed out by her parents. George Burn (right), 14, was arrested for stealing brushes and a box from a washhouse. He also narrowly avoided a remand house after he was bailed out by his parents 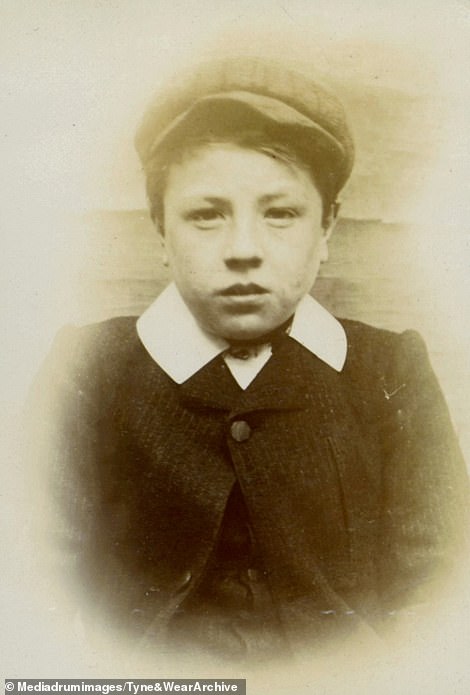 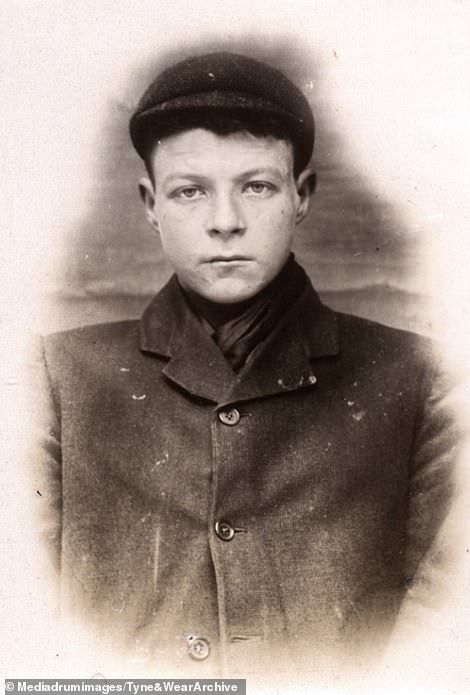 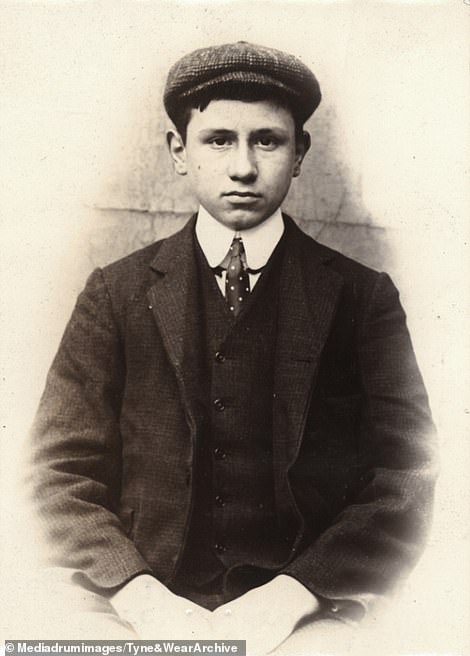 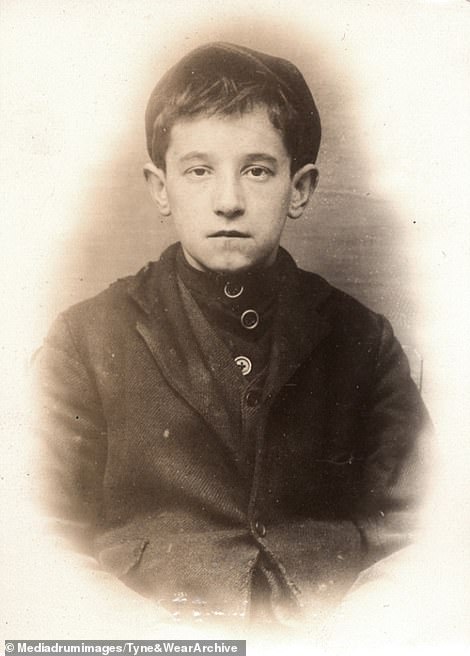 Percy John Proctor (left), 16, a draper’s assistant, was arrested for ‘false pretences’. In his court hearing, his father said: ‘I am willing that he should go to sea or join the army, but he declines to go home so I cannot say what should be done in the meantime.’ He tricked a lodgekeeper into providing food and accommodation before running away. He was jailed for a month ‘to reflect on his crimes’. William Wade (right), 14, also known as ‘Nursay’, stole blankets and fish in two separate incidents. He spent four weeks in prison for his crimes