The Great Escape… to Oktoberfest! James Garner and Charles Bronson are among Hollywood stars of WWII epic pictured in high spirits at Munich beer festival in actor’s photo archive that is up for auction

Photos of the cast of The Great Escape letting their hair down at Oktoberfest have come to light 59 years on.

The pictures show James Garner and Charles Bronson, who both starred in the film sipping from traditional tankards at the Bavarian beer festival alongside other friends. 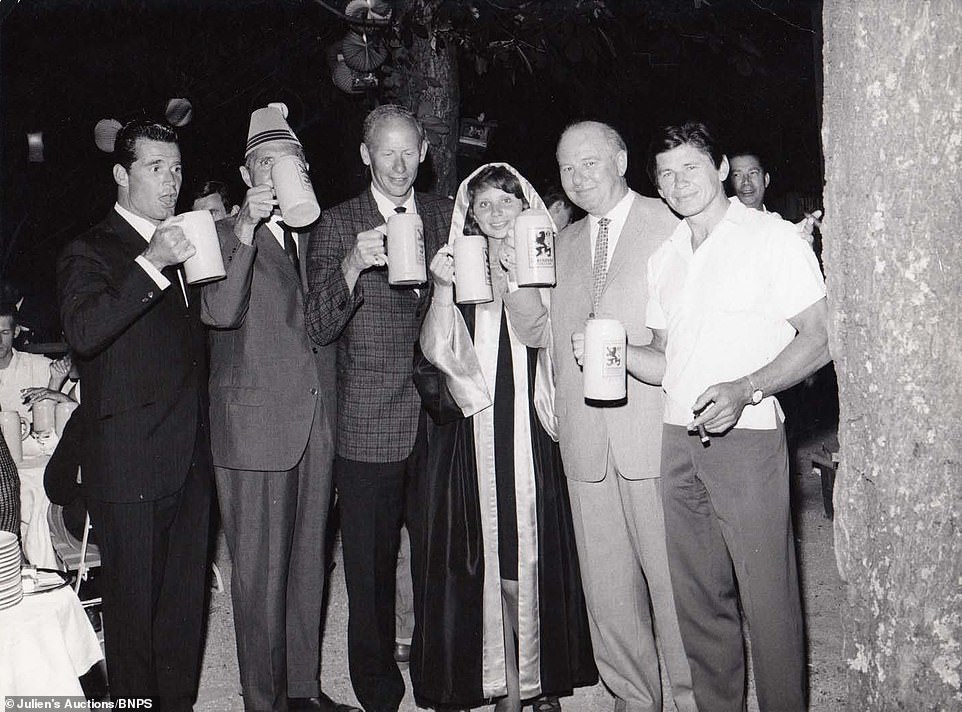 Another image shows him merrily impersonating a conductor at the popular Bavarian beer festival.

Other photos taken on set capture the American actor reading a book about the Third Reich to research the role. 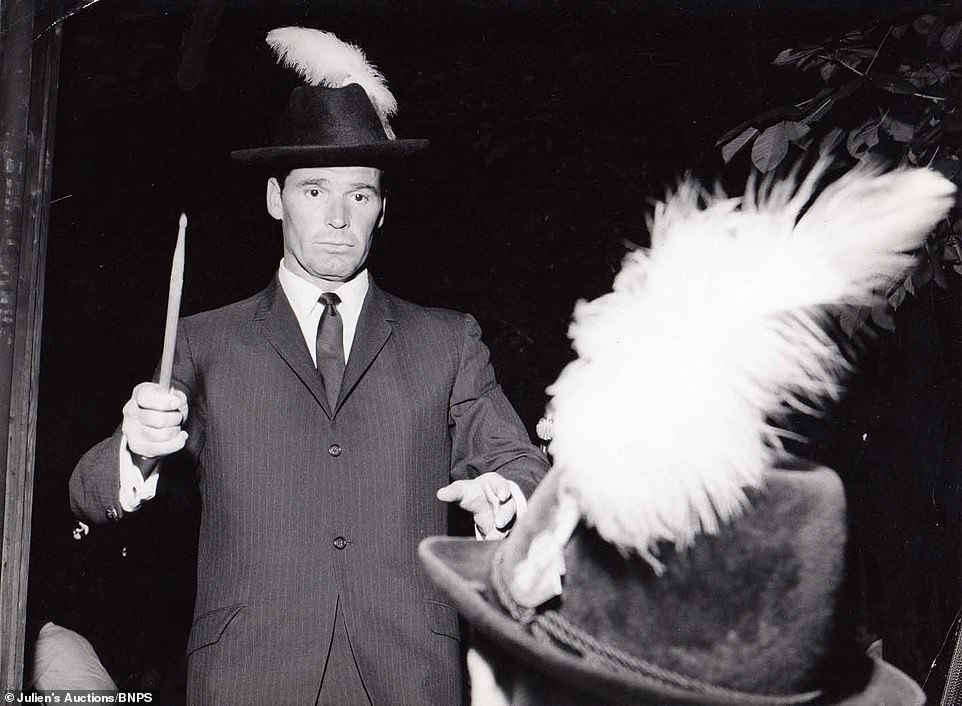 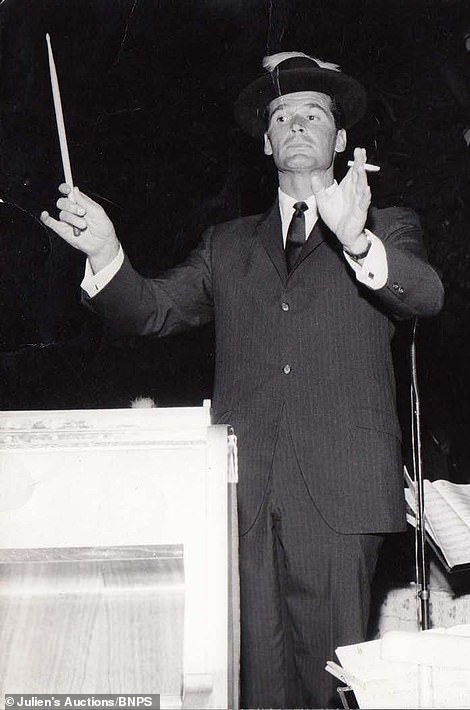 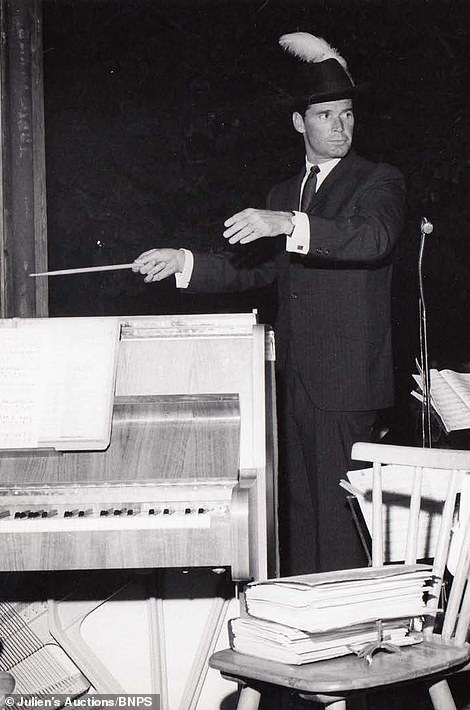 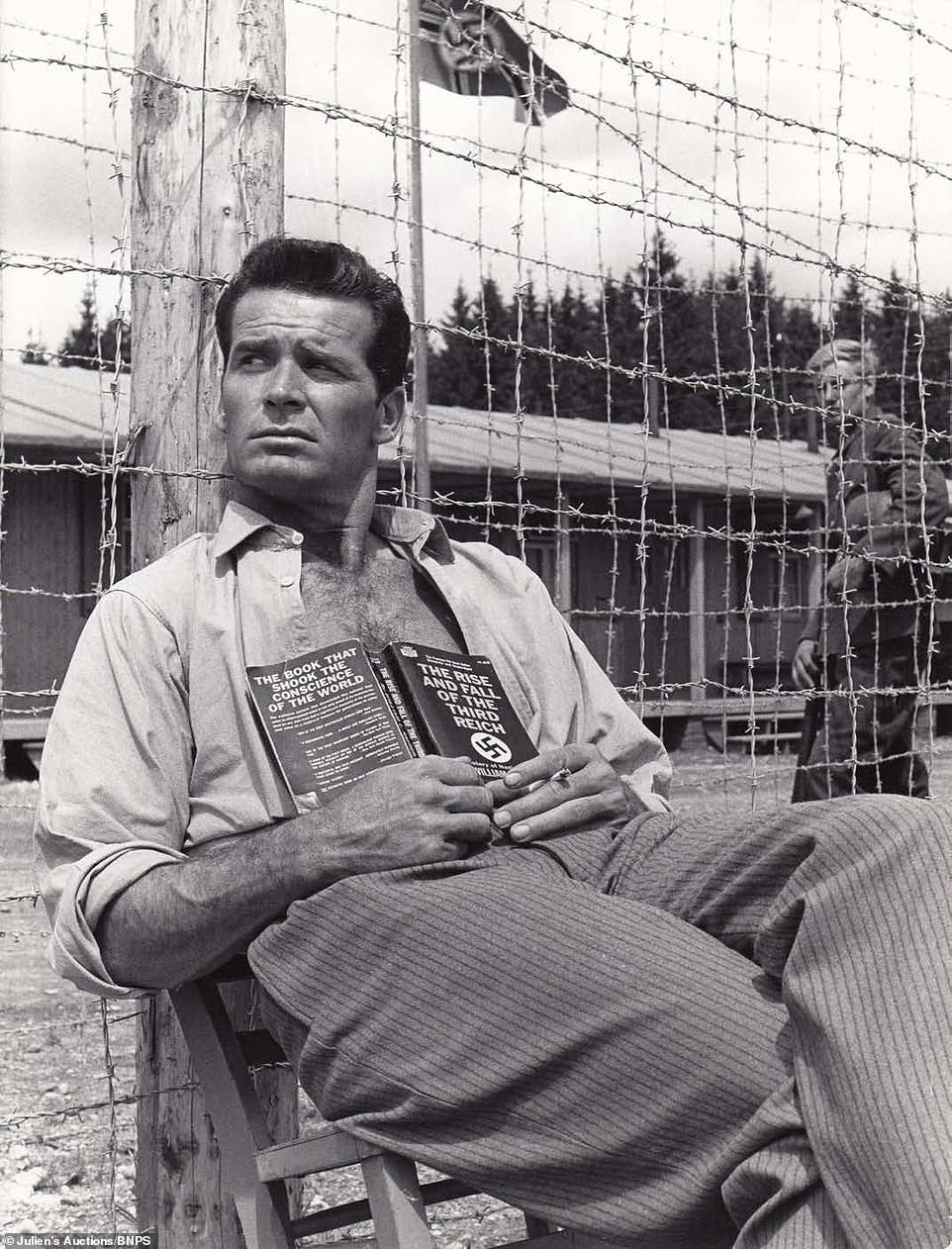 There is a signed picture of him on the back of a topless Steve McQueen’s motorbike, and another of the pair mucking about playing musical instruments.

Garner, known for his roles in The Great Escape, Maverick, The Rockford Files and The Notebook, died in 2014 and now his estate has made available some of the prized possessions from his major roles.

The archive, which boasts a signed Great Escape poster, is tipped to sell for It also includes the entire Western costume Garner wore as Bret Maverick in the hit TV series ‘Maverick’ that ran from 1957 to 1962.

The outfit comprises of a black wool coat, a white cotton shirt with ruffles down the front, a beige silk vest, a dark blue silk string tie and a pair of gray wool trousers. It is valued at £15,000. 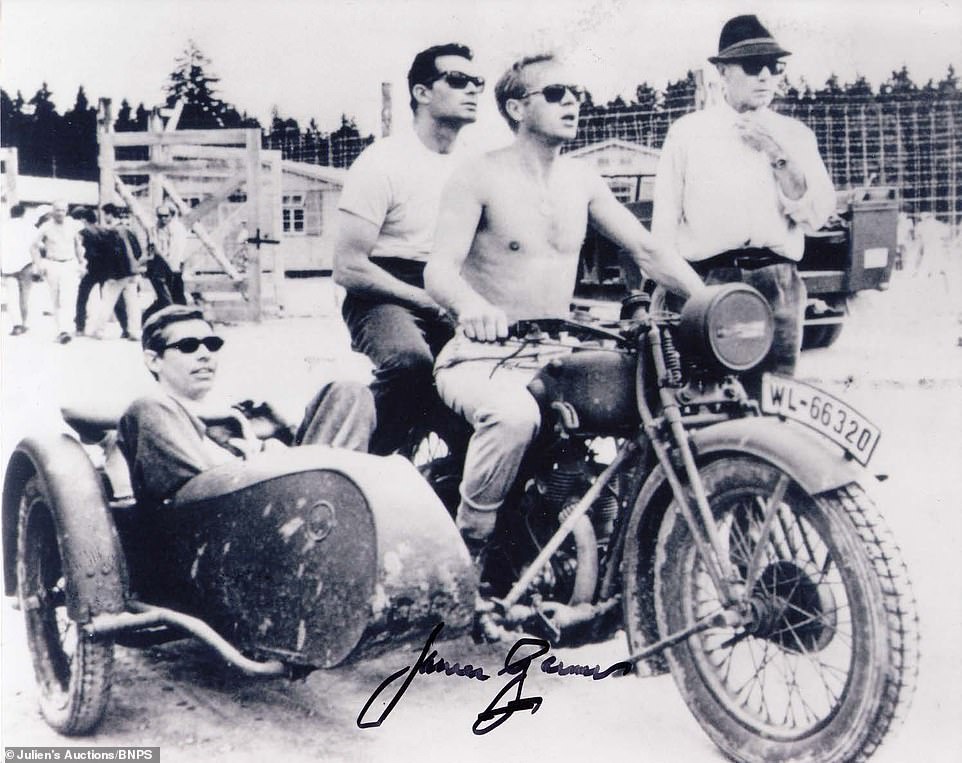 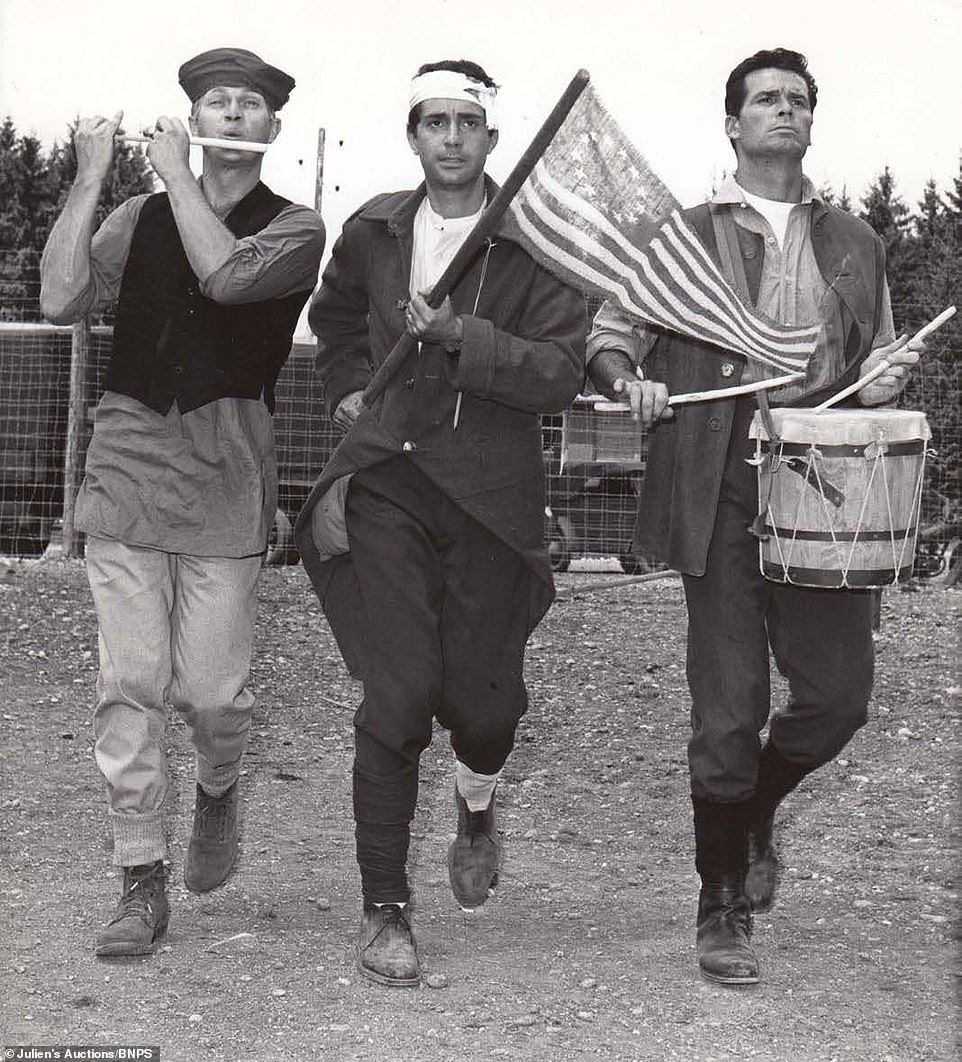 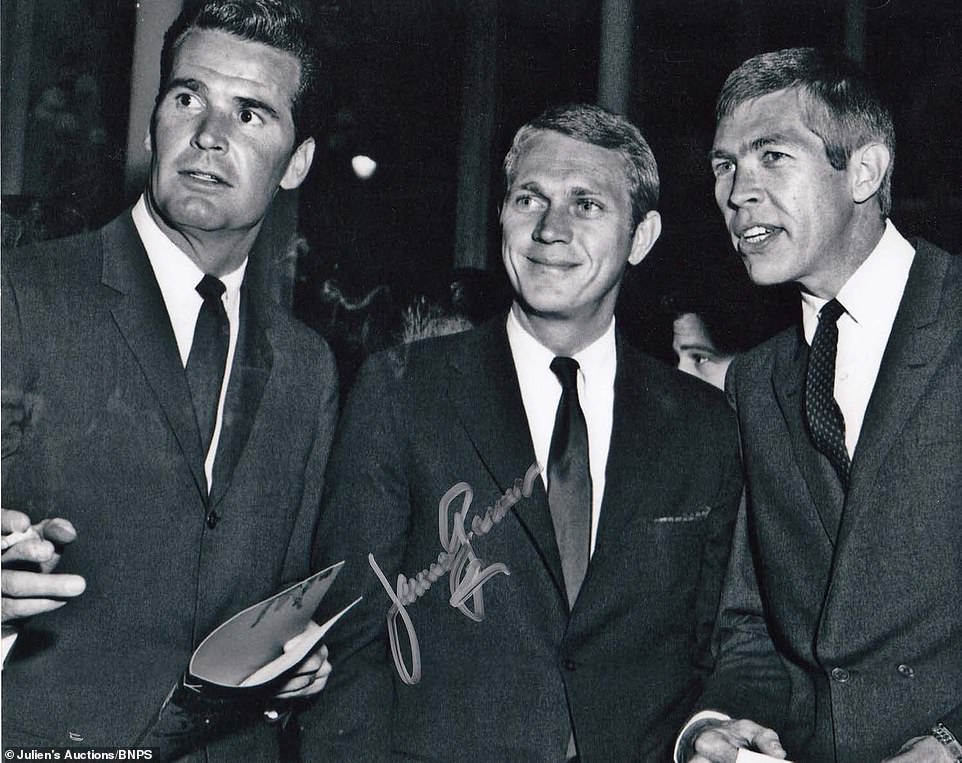 Another signed photograph featuring McQueen and Garner in the

And two classic black felt wool cowboy hats he wore as Maverick are tipped to fetch £3,000 each.

A circular pendant engraved with the initials ‘JG’ with a small horseshoe charm affixed by a chain that was probably gifted to the actor during his time filming Maverick is worth £400.

Elsewhere in the sale, there is the ‘Best Actor’ Golden Globe award presented to James Garner in 1993 for his role in the comedy-drama mini series Barbarians at the Gate. The award is valued at £4,000. 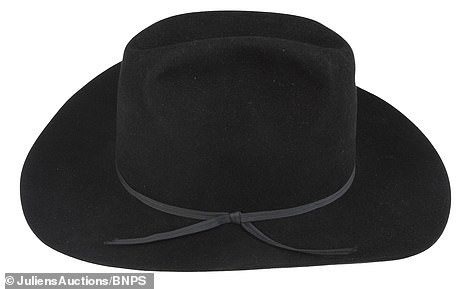 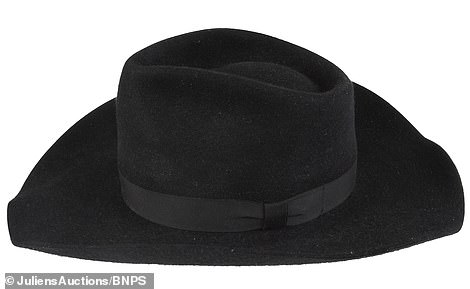 The pair of hats Garner wore for his role in Maverick are expected to fetch £3,000 each at the auction which has been sanctioned by his estate 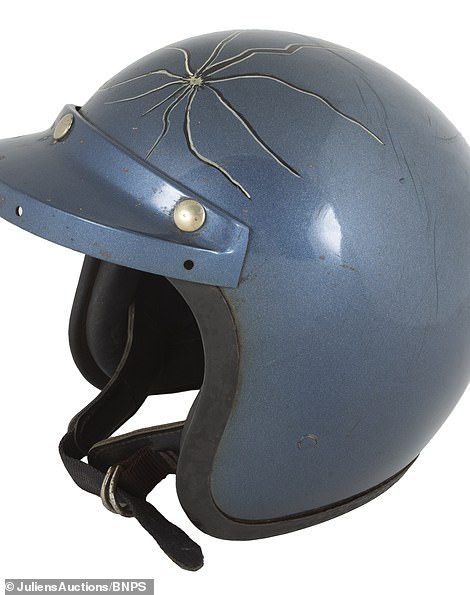 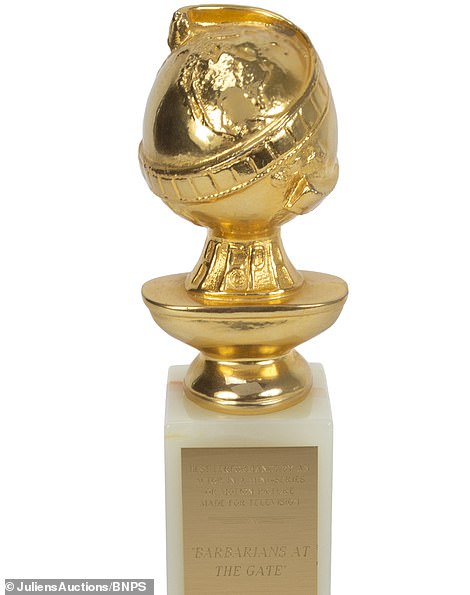 Garner became an avid race-car driver thanks to his acting role in the 1966 movie Grand Prix and a safety helmet customised for him in the late 1960s with his name on the back is expected to sell for £2,000.

There is also a 1980s blue racing jacket with ‘Goodyear’ written on the left breast and his name ‘Jim Garner’ stitched in white thread on the right breast has an estimate of £300.

Martin Nolan, executive director of Julien’s Auctions in Los Angeles, US, said: ‘This special auction presentation offers some of the most cherished professional and personal items from James Garner, one of Hollywood’s acting greats. 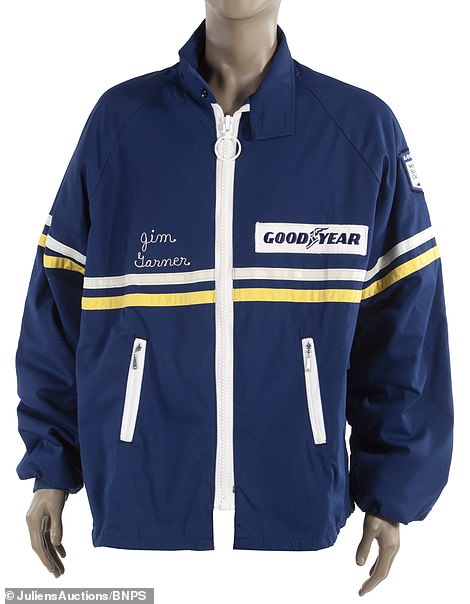 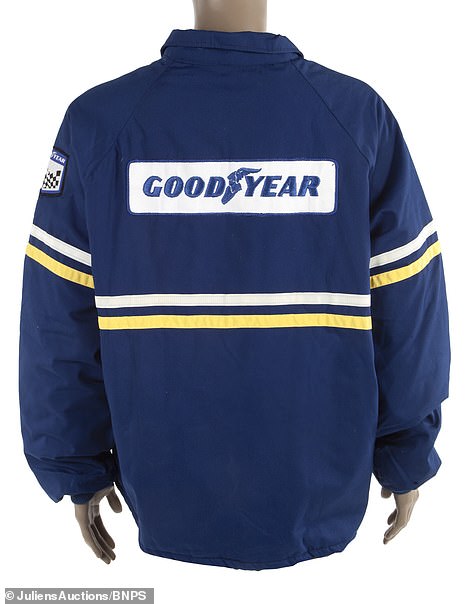 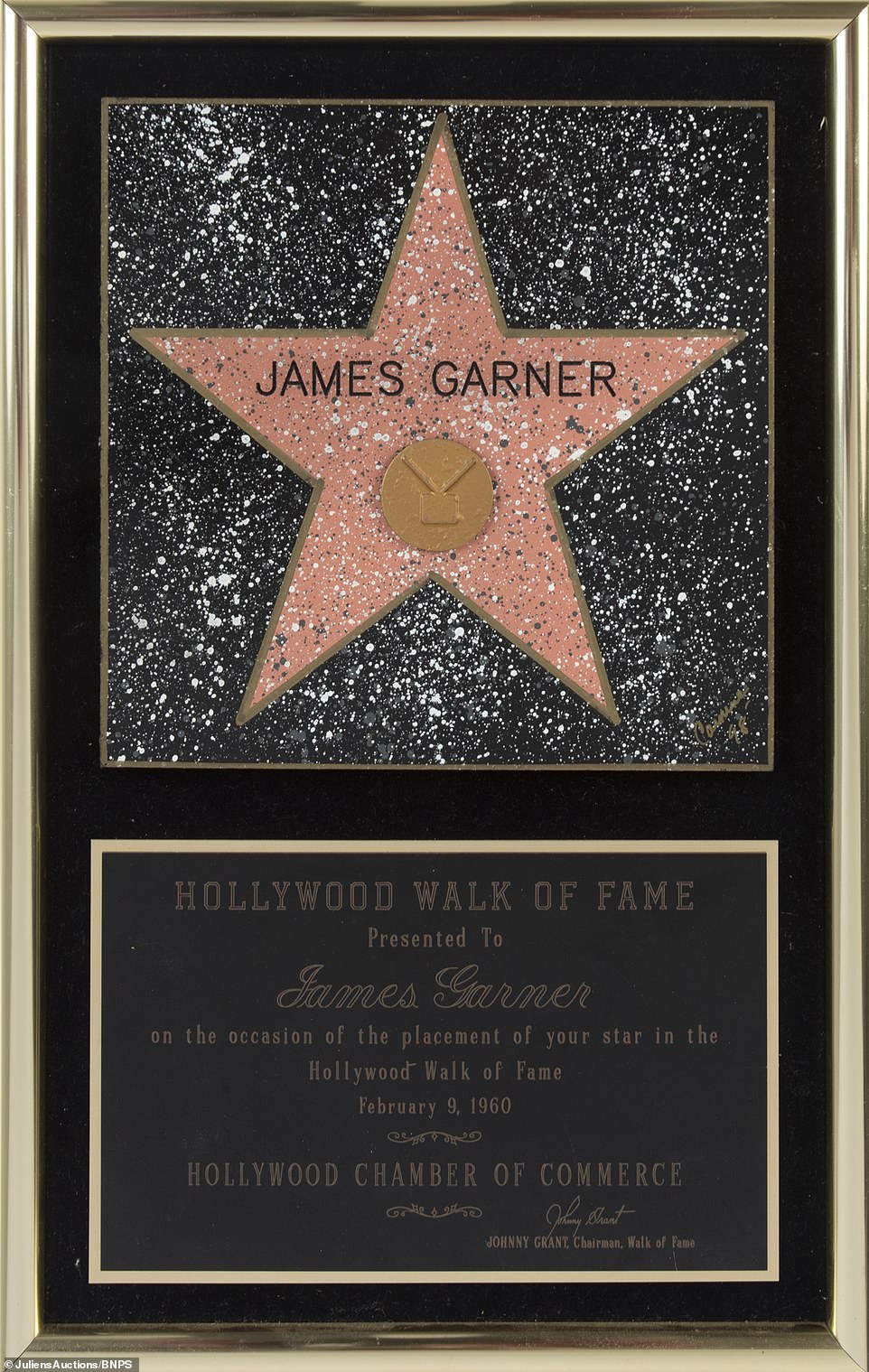 ‘His acclaimed and popular portrayals of television’s classic characters, Bret Maverick and Jim Rockford, and roles on the big screen epic of The Great Escape to the universally beloved The Notebook have delighted audiences worldwide.

‘We are honoured to present this incredible collection representing a lifetime of outstanding performances by this incredible man, humanitarian, daredevil racer and iconoclast who broke all the rules.’