The row that drove the Queen to sleep in the servants’ quarters: Fiery argument between two of her dressers saw Her Majesty flee downstairs in just her nightie to kip on the sofa 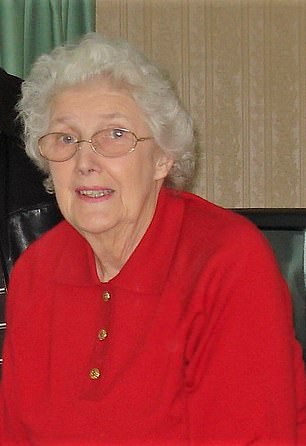 It was a moment none of her staff will forget.

The sight of the Queen – clad in her nightie – traipsing down the stairs into the servants’ quarters in a desperate attempt to get some sleep while two of her favourite aides had a late-night tiff.

Miss Hoath, who died in December at the age of 89, joined the royal household in 1959 and was one of the few surviving staff to have worked with the young Queen, remaining at her side for 35 years.

As friends and former colleagues gathered at the Royal Chapel of All Saints in Windsor Great Park to say goodbye to the popular servant just a few weeks ago, one recalled an extraordinary story which has been legendary in royal circles for years.

‘Peggy had a friendly rivalry with another dresser called May Prentice and they were always vying for the Queen’s attention and arguing among themselves,’ they said.

‘They were trying to be top dog, if you like, and it was mostly on good terms but sometimes it got a bit out of hand.’

They continued: ‘One night when the Queen was staying at Holyroodhouse in Edinburgh [her official residence in Scotland], she suddenly turned up in the Page’s Vestibule [an ante-chamber for staff]. No-one could believe their eyes when she arrived in her nightie wrapped in her bedclothes and blanket. She just said, “I’ve got to get some sleep,” and settled down on the sofa. 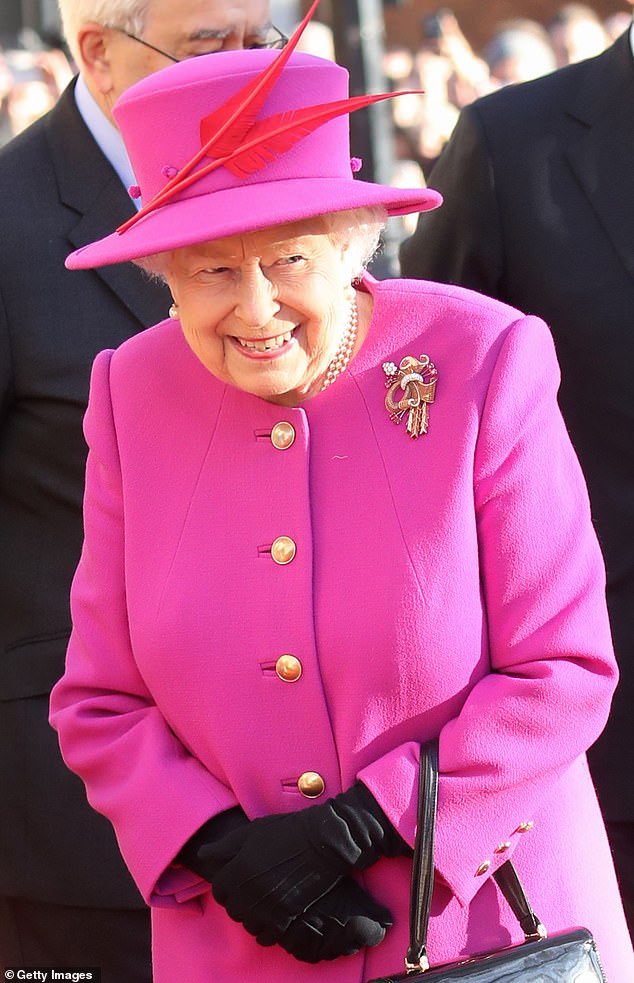 Miss Hoath rose to the position of assistant dresser, affording her direct contact with the Queen each day

‘Apparently Peggy and May had been arguing at the top of their voices in a nearby room and the Queen just couldn’t get to sleep. Rather than interrupt them she got up and moved to the Page’s room. She was very fond of Peggy and obviously couldn’t bring herself to criticise her.

‘Everyone just looked at each other and shuffled out of the room to let the Queen sleep.’

How Miss Hoath came to hold such a coveted position at the heart of the Queen’s household is itself a remarkable story.

She arrived at Buckingham Palace as a seamstress after being spotted working for royal couturier Norman Hartnell, where she worked on the new sovereign’s famous coronation gown.

Her brother, Raymond Heyward, 86, recalled how the monarch’s legendary ‘gatekeeper’, Margaret ‘Bobo’ McDonald, asked to borrow her to take on the Queen’s high-profile tour to Canada in 1959 when she was pregnant with Prince Andrew and needed to regularly adjust her outfits. The monarch was so impressed by Miss Hoath that she poached her when they returned. ‘The Queen was a very glamorous figure and Peggy’s advice and eye for detail proved invaluable,’ a royal insider said. 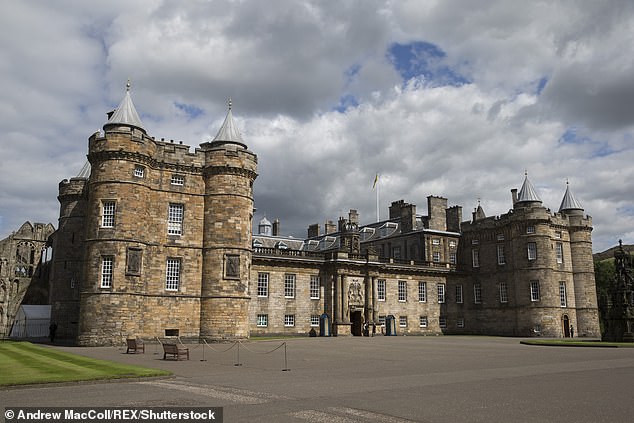 Mr Heyward, from Exeter, said: ‘At the end of the tour the Queen, as a sign of her appreciation, gave my sister a gold bracelet.

‘A few months later Mr Hartnell got the message from Buckingham Palace that the Queen was requesting her presence and told Peggy there was a taxi waiting outside if she wanted to go. And that was it.

‘She had her own room at Buckingham Palace and would invite us there and cook us pheasant that had been shot at Sandringham by the royal family. She was a very discreet and loyal lady.’

Miss Hoath soon rose to the coveted position of assistant dresser, affording her direct contact with the Queen each day.

Miss Hoath never married – she is described by friends as having been ‘wedded to the job’ – and worked with the Queen until her retirement. She was among a handful of long-serving staff given a grace-and-favour home on the Windsor estate and continued to see her socially.