A series of alleged murders by special forces soldiers which a military inquiry dubbed “the most disgraceful episode in Australia’s military history” will be investigated by an elite team of homicide detectives recruited from police forces across the country.

Until now, it has been unclear what the final report of the heavily redacted Brereton inquiry was referring to in November when it described the “disgraceful episode”, but multiple official sources have since confirmed that it involves an alleged rogue special forces patrol team accused of executing multiple defenceless prisoners and civilians during a months-long deployment to Afghanistan. 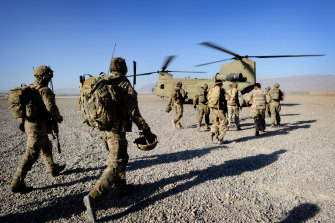 A group of special forces soldiers identified as a “kill squad” was involved in a “disgraceful” series of murders in Afghanistan.Credit:ADF

A defence source confidentially briefed on the patrol team’s activities told The Age and The Sydney Morning Herald this group had been described to him as a “kill squad”.

The team of detectives being assembled to investigate the allegations is being recruited by a former Queensland Police homicide investigator, Commander Matt Stock, who is also a former policy adviser to Defence Minister Peter Dutton.

Applicants include some of the most experienced detectives from murder investigation squads across the nation, according to sources aware of the process but who are not authorised to comment publicly. 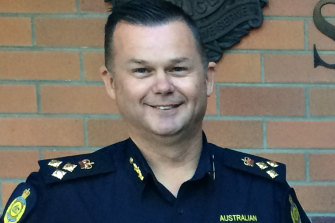 Matt Stock during his time as an Australian Border Force commander.

Another former police colleague of Mr Stock said even experienced state homicide detectives were missing the cut as the Office of the Special Investigator seeks elite officers prepared to take on unpopular, gruelling investigations that may take years to wind through the courts.

The Office of the Special Investigator confirmed the agency had recruited investigators with “significant experience in managing complex investigations, including historical and overseas crimes” from the NSW, Queensland, South Australian, West Australian and Victorian police services as well as the AFP.

The final Brererton inquiry report provides no clues as to the identity of the alleged “kill squad” patrol, when it served in Afghanistan or if it involved SAS or Commando soldiers. But Justice Brereton’s inquiry found unnamed officers up the chain of command bore “moral command responsibility” for the conduct of soldiers engaged in what the senior judge described as “possibly the most disgraceful episode” in defence force history.

Converting the exhaustive Brereton inquiry, which included classified interviews with hundreds of soldiers and officers, into criminal charges is a monumental task for the Office of the Special Investigator and the AFP. Not only did many of the alleged murders occur years ago, experts are warning of a rapidly deteriorating security environment in Afghanistan that could interfere with evidence gathering. 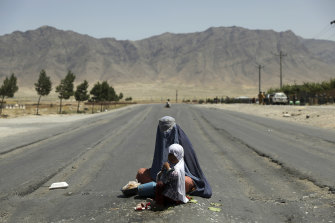 Afghanistan is falling into Taliban hands again. Here an Afghan woman begs for money on the Bagram-Kabul highway, north of Kabul.Credit:AP

Australian National University Professor William Maley, who specialises in Afghan politics, warned this week that the Taliban were “on a roll” and were placing Afghan towns they were capturing under totalitarian control.

However, the joint taskforce is not coming off a standing start. Several SAS insiders who served in Afghanistan, as well as local Afghan villagers, have already provided detailed sworn statements to the AFP. They include SAS soldiers who allege they observed or participated in unlawful executions.

Those statements have been gathered by a small AFP team of investigators which, since June 2018, has been probing some SAS members over allegations they directed the murder of Afghan prisoners. The AFP investigations were triggered by what the final Brereton inquiry report described as an “exceptional” referral by Justice Brereton to the defence force and onto federal police in late May 2018.

That referral and the subsequent investigations have produced two briefs of evidence, which have sat with the Commonwealth Director of Public Prosecutions, Sarah McNaughton, SC, for more than a year. The interplay of war crimes investigation and prosecution officials, powers and jurisdiction are a potential bureaucratic quagmire that no agency or politician envisaged when the Brereton inquiry began its four-year investigation in 2016.

In addition to the Office of the Special Investigator staff and state and federal homicide investigators, the personnel now involved in the sprawling investigations include a special counsel, Tim Begbie, SC, who is advising on what evidence from the Brereton inquiry is admissible. Ms McNaughton has appointed David McLure, SC, a former special forces officer turned Sydney silk, to advise the Commonwealth prosecutions agency on whether the evidence gathered by police is strong enough to charge suspects. And AFP commander Anthony McClement has also been appointed to oversee the AFP’s war crimes work with the Office of the Special Investigator.

Officials dealing with aspects of the investigation and prosecution structure, but who are not authorised to speak publicly, told The Age and Herald that critical decisions were at risk of being stalled. They include deciding which ex-special forces soldiers should receive immunity from prosecution and how to safeguard witness safety in Afghanistan and Australia.

The Brereton inquiry in November recommended several soldiers receive immunity because they had confessed to crimes that otherwise would have remained hidden and in doing so implicated more senior personnel.

”While it is ultimately a matter for the CDPP, the inquiry considers that the interests of justice and public policy in holding to account those in positions of authority in the defence force, who have caused their subordinates to commit crimes, makes these cases appropriate ones for such immunities,” Justice Brereton wrote in his final report.

The Office of the Special Investigator, AFP and Commonwealth DPP will also be keen to avoid the fate of the most-recent Afghanistan-linked case in Australia, a failed military court martial of commandos accused of negligently causing the deaths of civilians in Afghanistan in 2009. Mr McLure was representing the accused in this case and his advocacy led to the case being thrown out by a military judge in 2011. In 2020, Mr McLure was appointed to prosecute Australian soldiers in a civilian court if the Commonwealth DPP authorises charges relating to alleged prisoner executions.