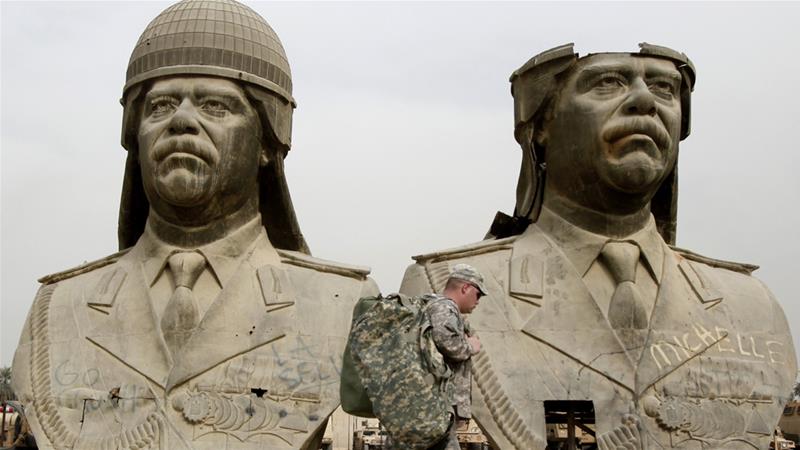 Erbil, Iraq – After 15 years of violence, insecurity and sectarianism following the US invasion of Iraq, finding cause for optimism can be a fool’s errand for Iraqi leaders.

This week marks the 15-year anniversary of the start of the US invasion of Iraq, ostensibly to free Iraqis from tyranny and oppression. What came next is well known: With the toppling of dictator Saddam Hussein, the US unleashed a storm of killing and division that persists to this day.

Iraqi leaders insist the country is in the best state it’s been in since the invasion, even if ordinary Iraqis remain sceptical. Iraqi leaders point to the military defeat of Islamic State of Iraq and the Levant (ISIL) and national elections scheduled for May as reasons to be hopeful. Elections running smoothly, leaders say, will indicate there was at least one positive legacy to the US invasion – the successful introduction of democracy.

In the early hours of March 19, 2003, Baghdad was awoken by earthshaking US air raids, the beginning of a “shock and awe” campaign to overturn the government of President Saddam Hussein. Then US President George W Bush appeared on television shortly afterwards to announce: “At this hour, American and coalition forces are in the early stages of military operations to disarm Iraq, to free its people and to defend the world from grave danger.”

Bellicose before the invasion, Saddam went into hiding as the US military entered Iraq from Kuwait. Months later, he was dragged from a hole in the ground outside his hometown of Tikrit, tried and later hung for crimes against humanity.

Toppling the dictator was the easy part. What followed was a long and bloody rebellion against the American invaders, a sectarian civil war between Sunni and Shia, and the flourishing of groups including al-Qaeda and later ISIL. Monitoring organisation Iraq Body Count would eventually record 268,000 violent deaths in Iraq from 2003 onwards.

Iraq’s slide towards becoming a failed state appeared almost unstoppable in 2014, when ISIL fighters overran nearly one-third of the country. The three-year campaign to destroy ISIL culminated in a nine-month battle for the city of Mosul in which an unkonwn number thought to be around 10,000 were killed. In December last year, Iraqi Prime Minister Haider al-Abadi declared final victory, acknowledging though that “terrorism” would remain a challenge for Iraq.

“We must remain vigilant and prepared against any terrorist attempt on our country, for terrorism is an eternal enemy.”

ISIL’s defeat is cited by Iraqi leaders as a huge boost to national morale, and an indicator that the country is finally on its way to standing on its own feet once more.

“Iraq now has managed to liberate its areas from Daesh (ISIL), now we are living in a prosperous time and looking to the future,” said Saad Maan, director of media and public relations at the Iraqi Ministry of Interior. “Regarding the political situation and the security situation, it’s now in its best way [since the invasion].”

“Now is the best time in Iraq since 2003,” he said. “The invasion now is history for most Iraqis and they expect better things going forward. The priorities now are job creation, fighting corruption and better services.”

These will be issues on which this year’s election will be contested, but the extent to which Iraqis can resolve their differences through the ballot box remains unclear.

“Elections are a good thing and a healthy thing, but it is a process, Iraq is still a ways away from being there,” said Jiyad. “We are still recovering from wars – before the ISIS war it was the US invasion, the Gulf war and the Iran war. Most of Iraq’s population has never seen peace. It’s always been war or sanctions or violence and it’s stunted Iraq’s opportunities.”

For ordinary Iraqis, the benefits of democracy seem slight and the legacy of the invasion bloody.

“My older brother grew up a few years ahead of me and had friends in different governorates across Iraq but for me, I have only friends in Anbar, I don’t have friends in Basra or in other governorates,” said Mahmoud Zaki, 34. “Because of what happened with the invasion and the sectarianism that came afterwards divided the Iraqi fabric, it kept us apart.”

With dead relatives, lost opportunities and a feeling of insecurity, many Iraqis remain less interested in elections and democracy than taking care of their loved ones. “I don’t want to be wealthy; I want to have a decent life, I want to be safe, I want my family to be safe,” said Zaki, who spent two years in American-run prisons on spurious accusations of supporting the rebellion.

The ongoing violence even makes many Iraqis nostalgic for the relative stability under the former strongman.

“Under Saddam, you could do whatever you wanted to do, so long as you stayed away from politics and didn’t say anything against the government,” said Sami Josef, a 32-year-old Christian from Baghdad whose uncle died fighting the Americans. “Until this day, I say God rest the soul of Saddam.”

One of the groups that stood to gain most from the American invasion was the Kurds of northern Iraq. Persecuted under Saddam, the Kurds managed to enshrine their autonomy in the new constitution of 2005, then tried to leverage their status as a stalwart Western ally against ISIL into support for independence.

“Individually, Kurds have always had a dream of independence, which is why they have not invested much in nation building in Iraq,” said Khogir Wirya, a research fellow at the Erbil-based think-tank Middle East Research Institute.

“But neither did Iraqi leaders. Kurds started to think, Shias and Sunnis have the same mentality against the Kurds. This may have caused the idea of independence to gain support and backing among the populace.”

While Abadi may have thwarted the Kurds’ independence bid, resentment remains. “It’s not a healthy marriage at all, it’s a forced one,” said Wirya. “It has been all along.”

Other regional grievances will come to the fore during the elections, from Sunni demands for funds for rebuilding areas destroyed by war to southern Shia complaints about lack of development.

“But it will be good to see if Iraqis still believe in the system and show up to vote,” said Jiyad. “That will be a gauge to see what people think.” 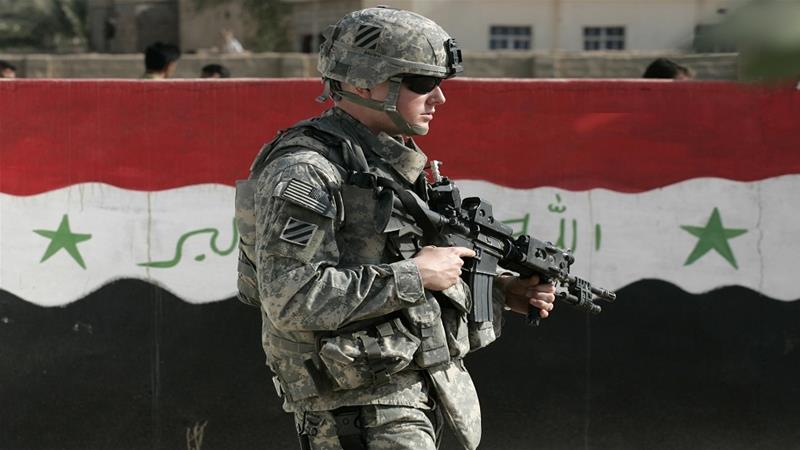 Is it time the US apologised for invading Iraq?