What is coercive control?

Coercive control is a repeated behaviour aimed at dominating and controlling another person, usually an intimate partner. It is almost exclusively perpetrated by men against women.

The perpetrator’s conduct makes the victim subordinate and “maintain[s] his dominance and control over every aspect of her life”, according to Australia’s National Research Agency for Women’s Safety. 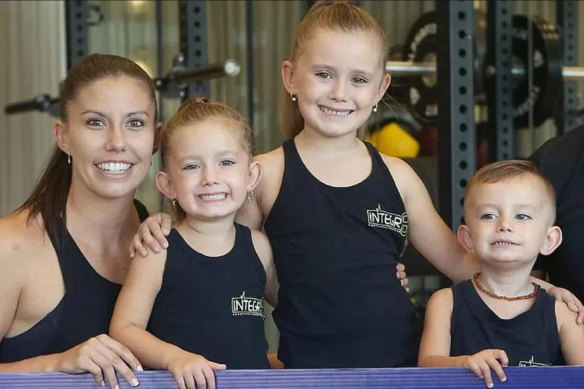 The pattern of behaviour by the perpetrator can involve physical, sexual, verbal and/or emotional abuse, psychologically controlling acts, financial abuse, social isolation, using systems – including the legal system – to harm the victim, stalking, deprivation of liberty, technology-facilitated abuse and harassment.

Physical violence is not always involved. Queenslander Rowan Baxter was not physically violent to his wife Hannah Clarke before the day he killed her and their three young children, Laianah, Aaliyah and Trey, and took his own life in 2020.

After the murders in Brisbane, it emerged Baxter had subjected Clarke to escalating forms of controlling and possessive behaviour.

The horrific murder-suicide triggered calls for a national definition of, and approach to, coercive control.

White Ribbon Australia says coercive control is “a strong precursor to physical assault and associated with 99 per cent of cases where a woman is killed by her partner or ex-partner”.

The NSW Domestic Violence Death Review committee found 77 of 78 perpetrators who killed their partner between 2017 and 2019 used coercive control beforehand.

How does the approach to coercive control differ in states and territories?

After Hannah Clarke and her children were murdered, Queensland and New South Wales moved to criminalise coercive control, but Victoria and Tasmania say their existing laws cover the offences adequately.

In July, the New South Wales government released a draft bill proposing jail sentences of up to seven years for those found guilty of the stand-alone offence of coercive control.

Attorney-General Mark Speakman said there had been a clear “gap” in the state’s criminal law, which focused on individual acts rather than a course of conduct.

In May, the Queensland government vowed to implement all 89 recommendations of its women’s safety taskforce inquiry, including criminalising coercive control. Rolling this out is forecast to take three years, and include introduction of jail terms of up to 14 years for coercive control.

The ACT government has given in-principle support to creating new offences to address coercive control, according to a Victorian parliament research paper. Attorney-General Shane Rattenbury stated the discussion was ongoing and “we believe that the ACT’s legislation actually covers issues of coercive control”.

In Victoria, where billions of dollars have been spent, including on a royal commission, to curb family violence, legal definitions of family violence offences are considered by many advocates to cover the range of coercive control crimes.

Many stakeholders have questioned whether criminalising coercive control will produce the best results for women’s safety.

Safe and Equal, formerly Domestic Violence Victoria, has not advocated for more or tougher laws in Victoria because the state has detailed and broad definitions of the necessary crimes already covered in its criminal codes. It is among those who fear sweeping new laws might cause vulnerable women being wrongly identified as perpetrators rather than victims.

The Victorian Aboriginal Legal Service recognises the harm of coercive control, but argues a new offence would be unlikely to protect women at risk of violence, and might even become a source of harm to the Indigenous community. It recommends better education and training to ensure victim/survivors are protected.

Safe and Equal believes Victorian law is adequate to cover coercive control, so long as those laws are implemented effectively, including by training police to recognise the impact of patterns of behaviour.