For some it is a time to be with family, a time of Santa and gift-giving, Christmas trees, turkey and mulled wine.

For others Christmas is also a time to remember the birth of Jesus in one of the year’s most important religious festivals.

For the northern hemisphere, there are hopes of a white Christmas and for many of those in the south, Christmas will likely be spent outside, at the beach, by the barbecue. In some parts of the world, Christians will mark the birth of Jesus freely while in others, churches will need to be guarded by police or soldiers to keep worshippers safe.

Pope Francis, the head of the world’s 1.3 billion Catholics, said on Friday that “new extremist groups [are springing] up and target churches, places of worship, ministers and members of the faithful”. 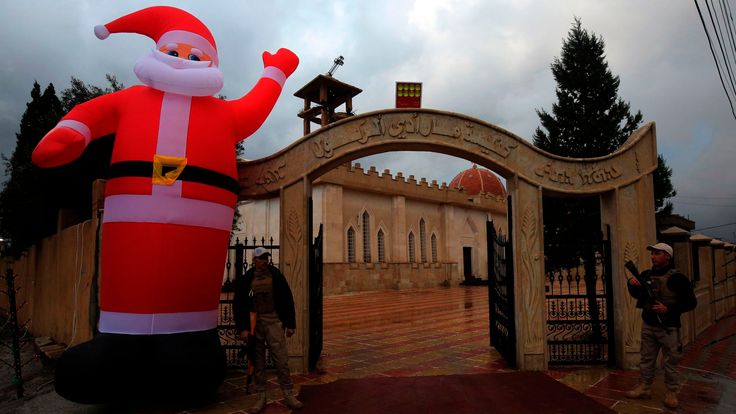 For some countries, such as Syria and Iraq, Christmas comes at the end of a year of violence and brings hope for the future.

In the US capital Washington DC, there are other dampeners on Christmas spirit – the national Christmas tree has gone dark on the third day of a government shutdown.

The US National Park Service said that it would remain unlit and closed to the public “until further notice”. 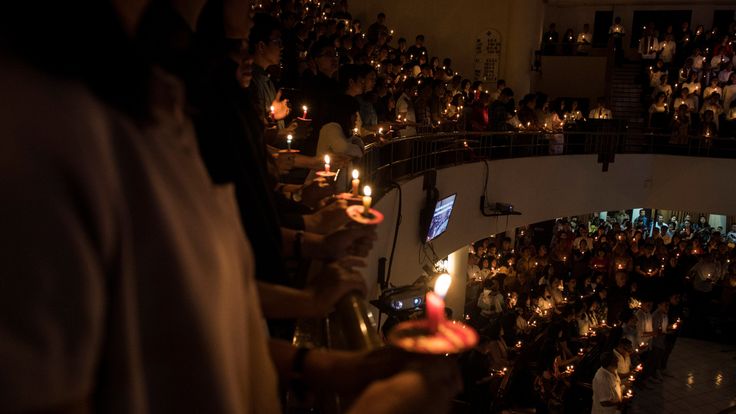 Christianity is Indonesia’s second-largest religion, after Islam. The country’s 24 million Christians are about 10% of the population.

There have been instances of discrimination and violence against Indonesia’s non-Muslims. Christmas in Belarus is not as important as New Year’s Eve, possibly a holdover from Soviet times when observance of “Western” and religious holidays was strongly discouraged.

But the popularity of Christmas is growing and it incorporates the same rituals and traditions we see in much of Europe. Christmas in France is a big event and people put up Christmas trees, go to church, eat a Christmas meal and open Christmas presents on Christmas Eve.

In Russia, Christmas is considered a holiday and one of the 12 Great Feasts by the Russian Orthodox Church.

There are several long church services before a family returns home for a traditional Christmas Eve supper – 12 dishes, on for each of the apostles. In Pakistan, where Christians are a small minority, these children dressed as Santas to perform Christmas carols at a cathedral in Karachi. 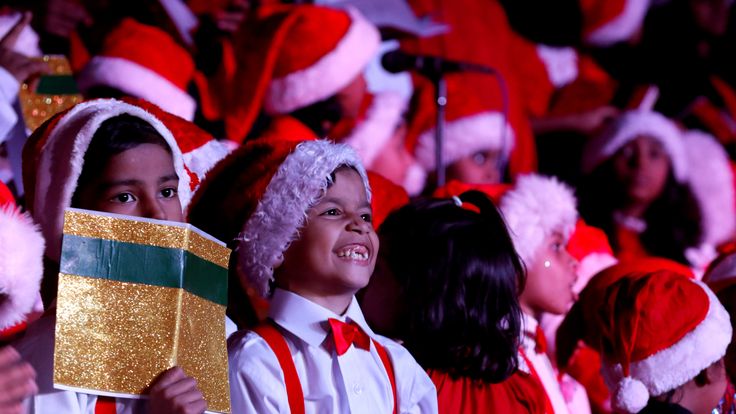 In The Czech capital of Prague, there was a performance in the main railways station of a Christmas Mass by Czech composer Jakub Jan Ryba. And in the German city of Berlin, football fans sang carols at FC Union’s stadium. In Mexico’s Ciudad Juarez, children in need were given bicycles by firefighters.

Through the year, the bicycles had been donated by residents of the city.

Ciudad Juarez, like much of Mexico, has suffered a massive increase in violence during recent years due to the country’s dug wars. 2018 has been a tough year in Haiti, where more than 500 people were killed in an earthquake in October.

But Christmas brought out the smiles, as children marched in a Santa parade in the capital Port-au-Prince. 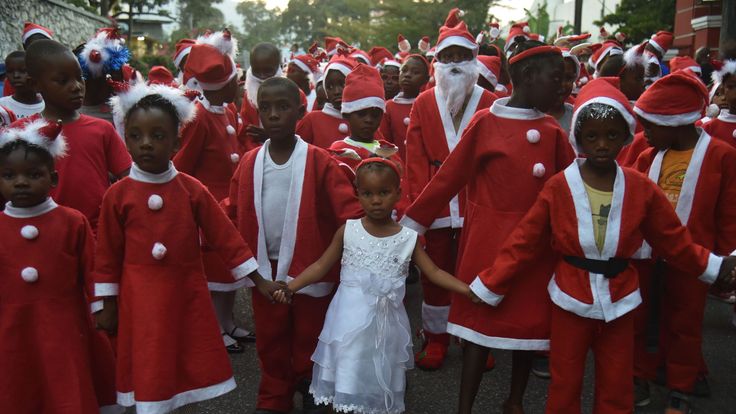 In Afghanistan, many Christians can only worship privately, but there are a few signs of Christmas, as seen on the streets of the capital Kabul. In Bethlehem, they were expecting thousands of tourists for Christmas – the biblical West Bank city’s largest celebration in years.

The Church of the Nativity, venerated as the traditional site of Jesus’s birth, was packed with people and hotels were reportedly fully-booked. 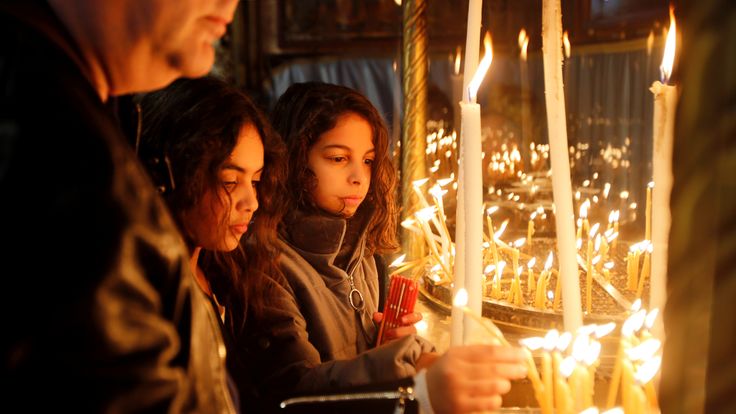 In the Japanese capital of Tokyo, children chased bubbles at a charity Santa Run. 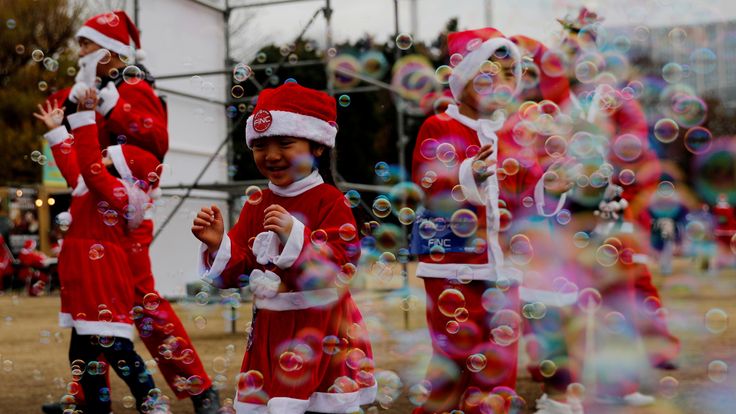 Hundreds of people were involved in the event, which raised money for children in Japanese hospitals and disadvantaged children in Kenya.

In Vietnam, pilgrims and locals took part in the procession of Baby Jesus led by Bishop Joseph Nguyen Nang during the Christmas Midnight Mass at Phat Diem Cathedral.