The Prime Minister is preparing to fly out immediately to Brussels should her plan be mauled in Parliament. 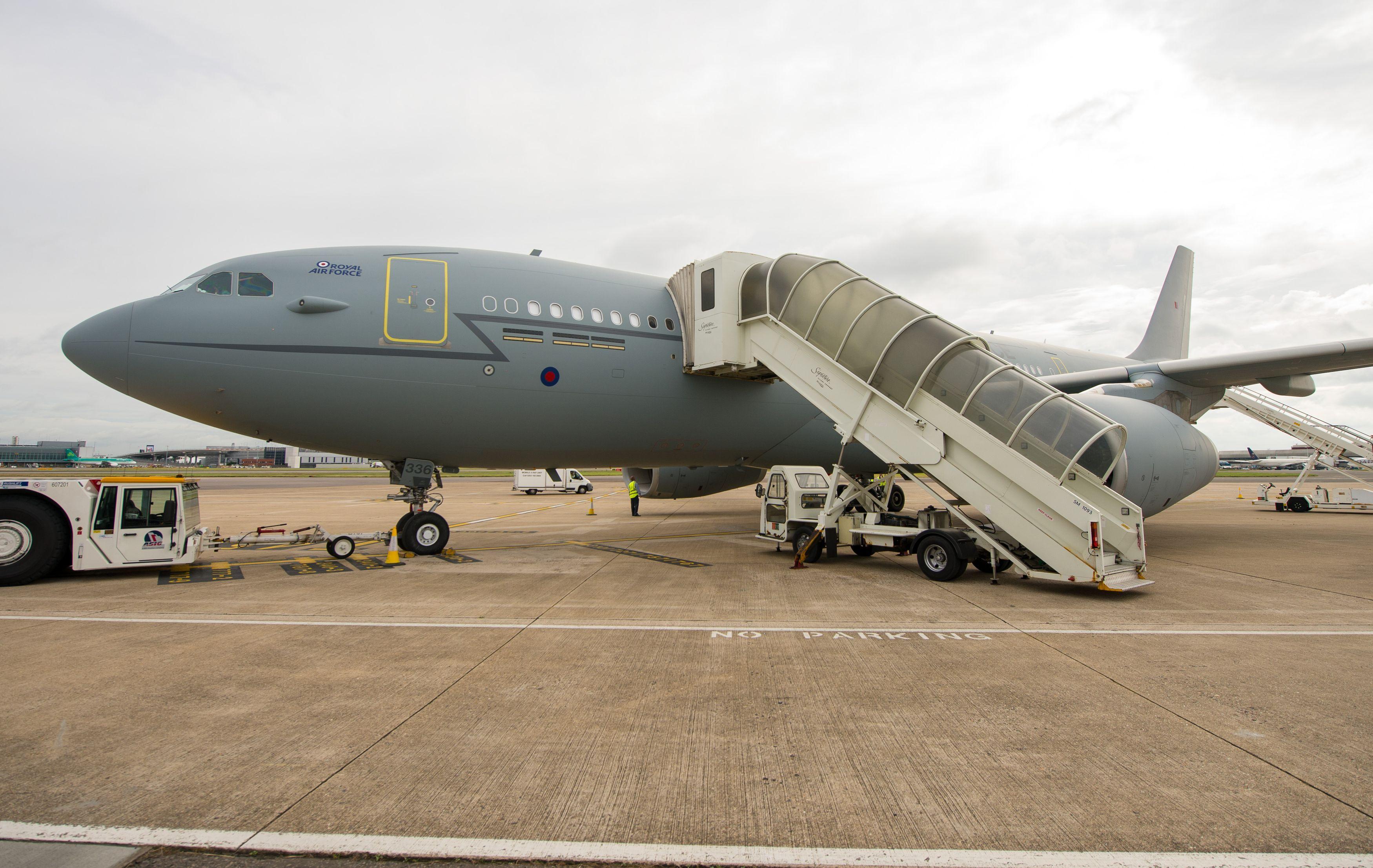 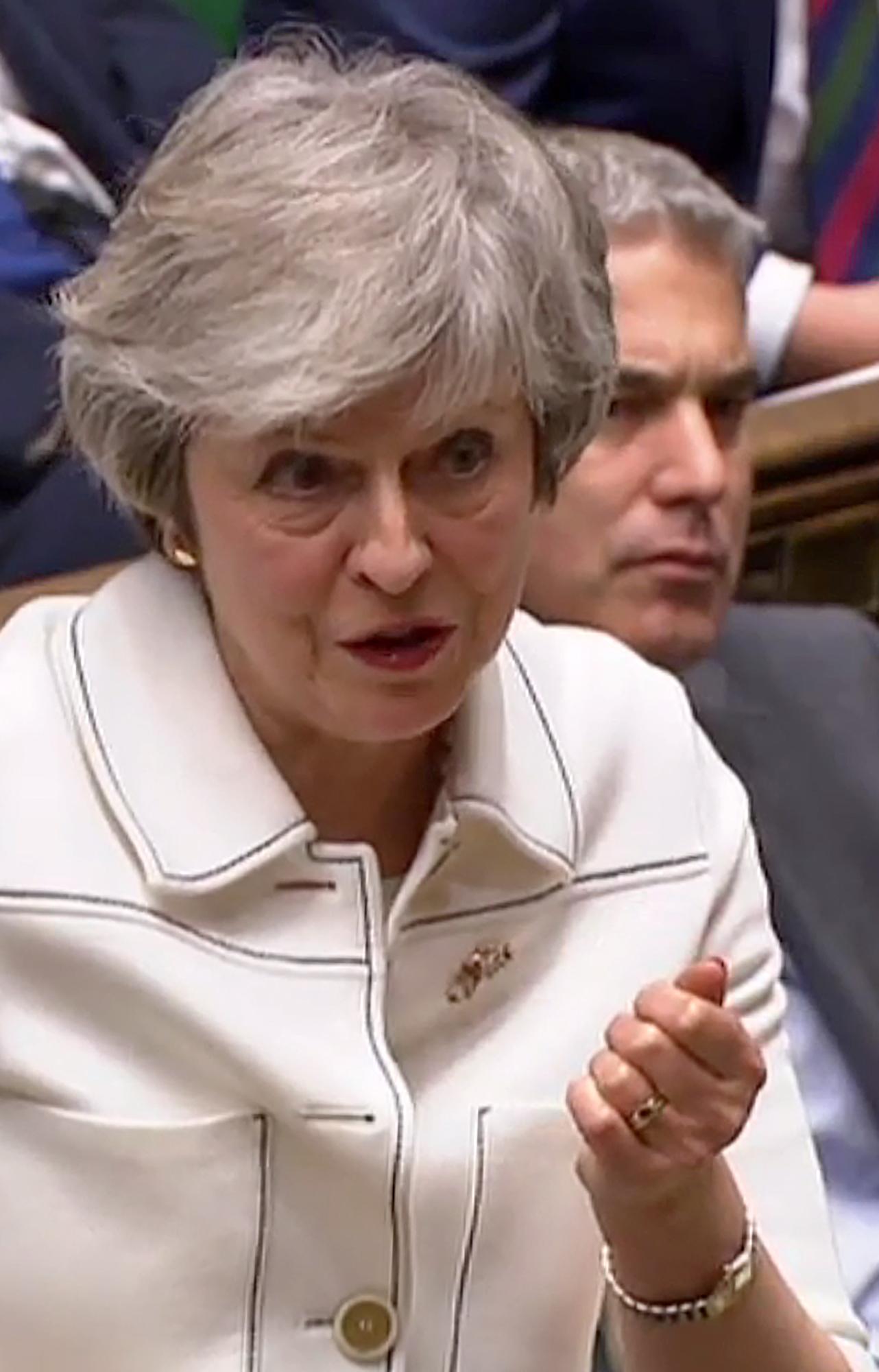 Number 10 is braced for a potentially crushing defeat despite an 11th hour appeal for support.

In a historic day for the government, Westminster MPs will later finally deliver their verdict on the Withdrawal Agreement hammered out with Brussels.

With more than 100 Tory MPs having declared their opposition to the plan, there was speculation the Government could go down to one of the heaviest defeats of modern times.

But the Prime Minister has insisted she is focused on winning the vote.

She told Conservative rebels on Monday evening they risked handing the keys of No 10 to Labour leader Jeremy Corbyn.

'HARD FOR MAY TO CARRY ON'

However The Daily Telegraph quoted one Cabinet source as saying it would be "hard for her to carry on" if she lost by more than 100 votes.

The Leader of the House Andrea Leadsom insisted Mrs May was determined to continue fighting for her agreement in the best interests of the country.

She told Newsnight last night: "Anything that looks like that level of disruption would incredibly bad – both for the country and for Brexit.

"So I think the Prime Minister will remain determined to deliver on this deal.

"Her purpose is to leave the European Union in line with what people voted for. She could not be clearer about that."

The deal suffered its first official parliamentary defeat in the House of Lords on Monday night as peers voted by 321 votes to 152 – a majority of 169 – to reject it.

Mr Corbyn indicated he was finally ready to table a vote of no-confidence in the Government if it loses in the Commons.

He told Labour MPs: "Don't be concerned, it's coming soon."

But it appears unlikely Labour can muster enough votes to force an election.

Both Tory rebels and the DUP have indicated they would continue to back the Government in a confidence vote.

However Downing Street has given little indication as to how the Prime Minister intends to proceed if she is defeated.

Under the terms of an amendment passed last week, she must table a motion on her Plan B by Monday.

But it is unlikely she will want to wait that long.

If defeated, she is expected to fly to Brussels immediately to attempt wring further concessions on the crucial issue of the Northern Ireland "backstop".

But that could prove problematic if she has suffered a massive defeat.

EU leaders will be reluctant to give ground if they believe it is simply impossible for her to get the deal through the Commons.

Alternatively, she could to bring back the deal to the House for a second – or possibly even a third – time in an attempt to wear down the opposition.

Some MPs claimed to have detected some movement towards her position after she addressed a private meeting of Conservatives MPs at Westminster on Monday evening.

But current voting intentions suggest it is too little too late.

Mrs May will make her final appeal when she winds up five days of debate in the Commons before MPs head to the division lobbies.

Voting is due to begin at 7pm and could continue for around two hours until the final "meaningful vote".

Among the votes tabled include one by the Labour MP and chairman of the Commons Exiting the EU Committee Hilary Benn intended to block both Mrs May's deal and a no-deal Brexit.

Speaking in the Commons on Monday, Mrs May acknowledged the deal was "not perfect" but urged MPs to give it a "second look".

With some pro-Remain MPs backing moves to take control of the parliamentary timetable if she is defeated, she warned any attempt by the House to thwart Brexit would be a "subversion of our democracy".

Their European Union Withdrawal Number 2 Bill would give the Government three weeks to seek a compromise that can get through the Commons and allow the UK to leave the EU on March 29 as planned.

If that failed, the Liaison Committee – made up of senior backbenchers who chair Commons committees – would be given the job of coming up with its own compromise deal, which the Government would be legally required to implement if approved by MPs. 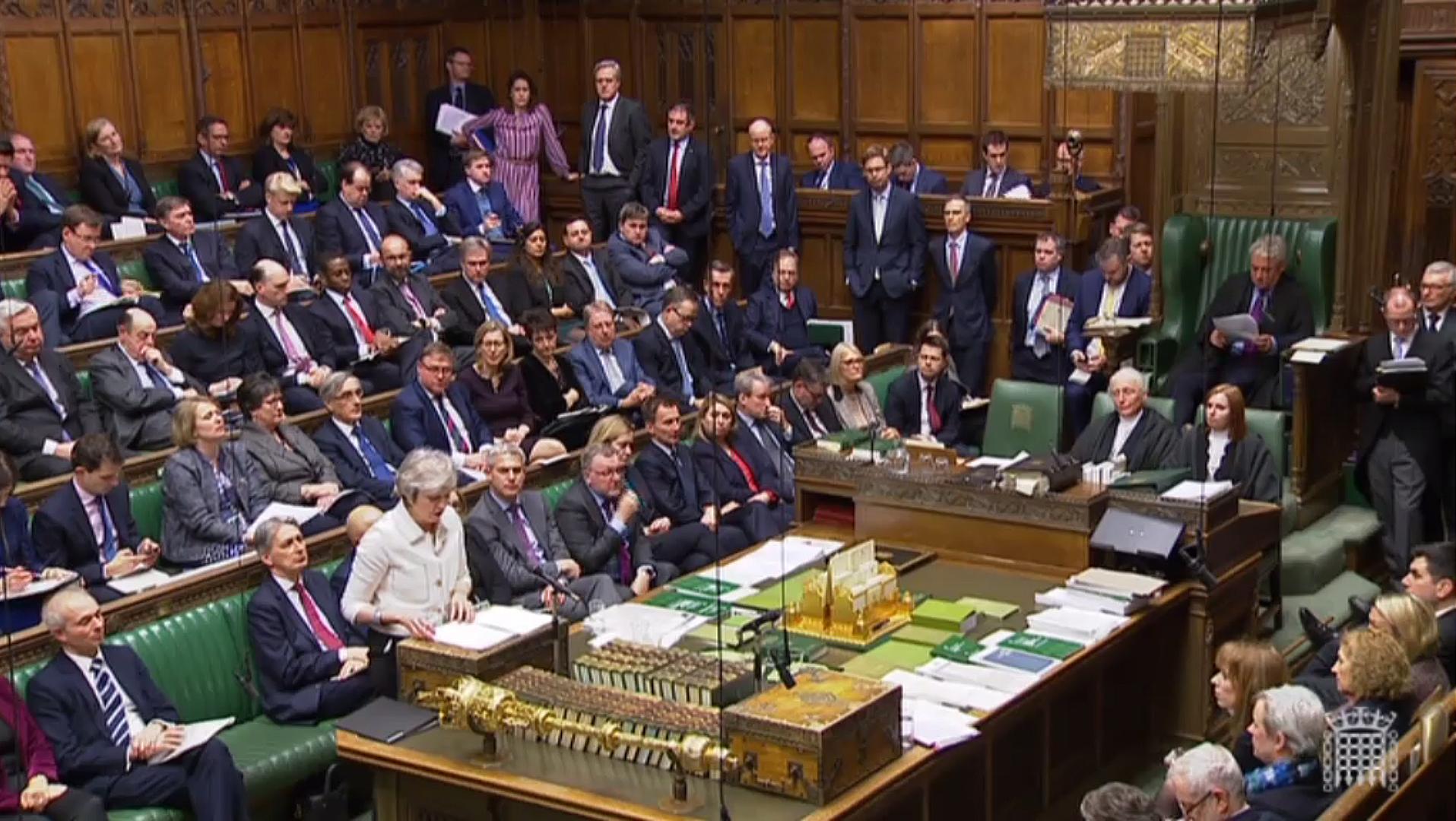 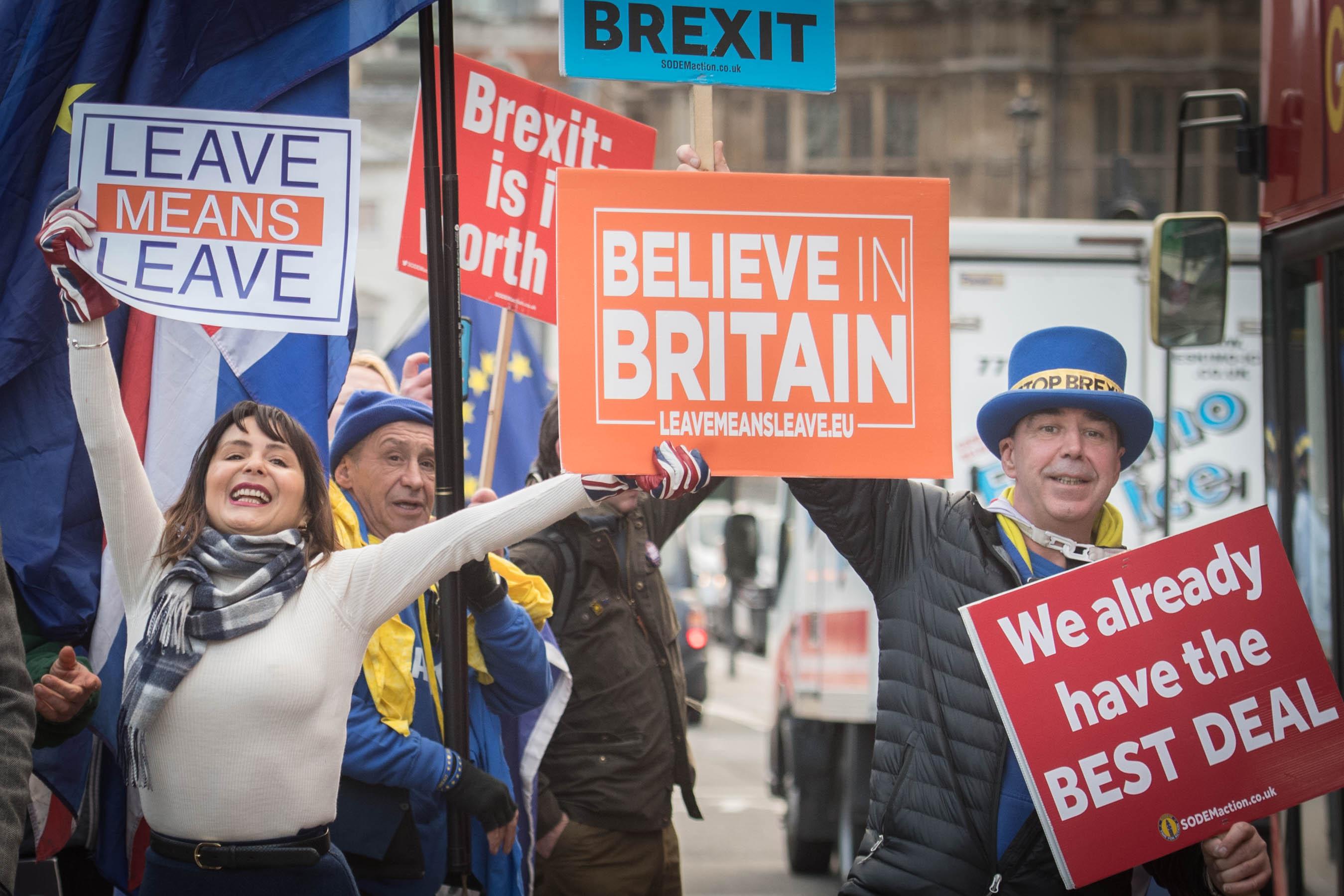 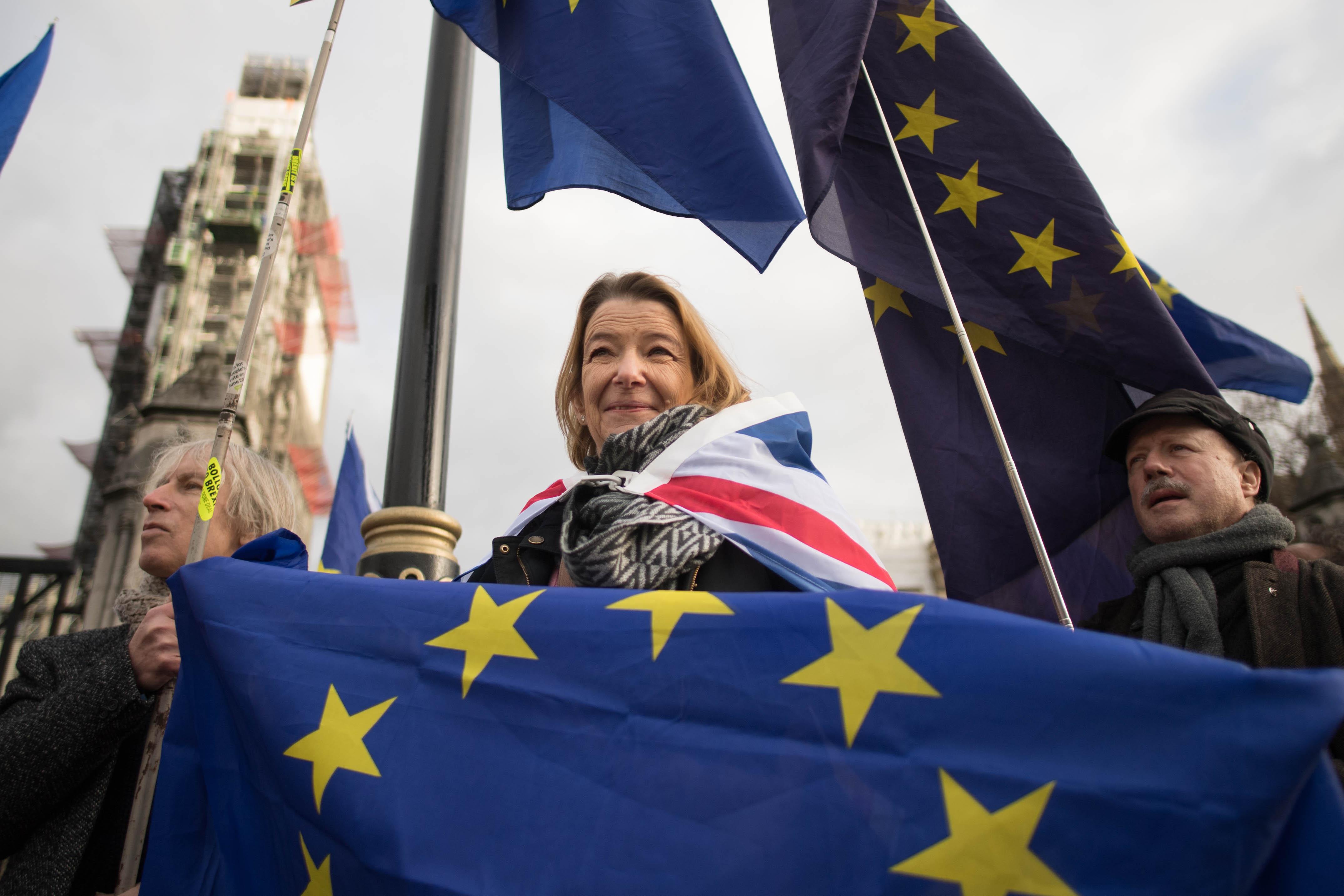