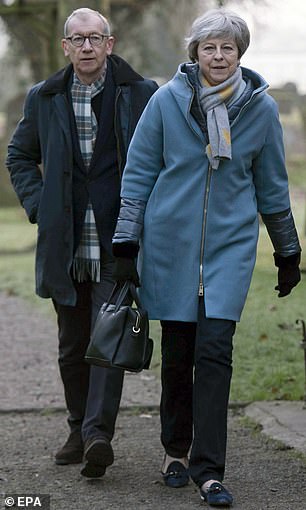 Theresa May is considering rewriting Northern Ireland’s Good Friday agreement to get her Brexit deal passed through Parliament.

The prime minister is expected to update MPs today on her ‘Plan B’ for Brexit after her disastrous first attempt was voted down in a historic Commons defeat.

Mrs May will now move to secure Conservative and DUP support by rewording the Irish backstop plan within the Withdrawal Agreement.

Ministers hope this will assure Ireland that the UK is committed to no hard border been Northern Ireland and the Republic of Ireland once the UK withdraws for the EU.

The PM hopes amending the agreement would avoid having to commit the UK to the backstop,  but it will prove extremely controversial and would require consensus among all of the parties involved in Northern Ireland.

Sources said the move was a ‘non-starter’, the Daily Telegraph reports and highlights the extent to which Mrs May is scrambling for leverage after last Tuesday’s crushing defeat.

One cabinet minister said the outcome was ‘essentially one more heave on the backstop’.

Tory MPs appear to be in agreement that if Mrs May adopts the same approach of  trying to win around Labour MPs again then there is a serious risk of alienating her party and making ‘Plan B’ even less likely to get through the Commons.

Welsh Secretary Alun Cairns urged there was no ‘stability’ in Opposition votes. 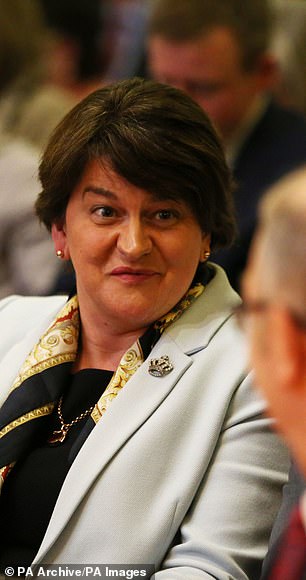 Mrs May will now move to secure Conservative and DUP support (Pictured above: DUP leader Arlene Foster) by rewording the Irish backstop plan within the Withdrawal Agreement

Following the failed Brexit deal vote, which MPs voted by 432 votes to 202, the PM blamed Jeremy Corbyn, for the collapse of the cross-party approach.

The Labour leader had refused to enter into talks unless Mrs May agreed to rule out a no-deal Brexit.

Despite this, Mrs May’s door “remains open” to Mr Corbyn and that she is willing to have more talks with trade unions before putting pen to paper, the Sunday Times reports.

Mrs May blamed Jeremy Corbyn, the Labour leader, for the collapse of the cross-party approach after he refused to meet for talks unless she ruled out a no-deal Brexit.

The prime minister will try to use a vote in the Commons on January 29 to show that the changes she hopes to secure in the coming days could secure a majority among MPs.

Elsewhere former cabinet minister Esther McVey is set to lead a campaign to allay Brexit fears over a No Deal this week, as the PM launches her week-long campaign to save Brexit.

Ms McVey, the former Work and Pensions Secretary, will do a round of social media appearances where she will outline the UK’s preparations for leaving the EU with no agreement in place.

She will also plan a series of Q&A sessions to address public concerns directly. 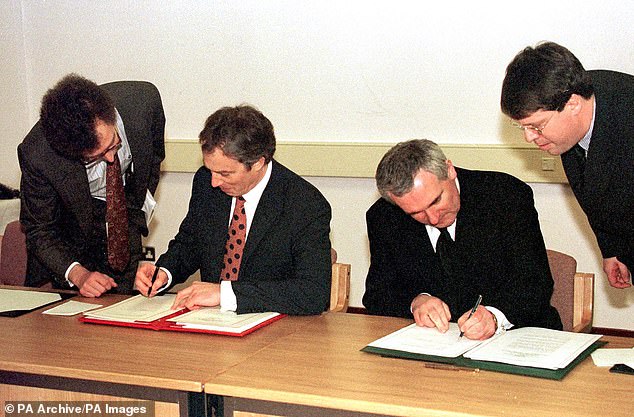 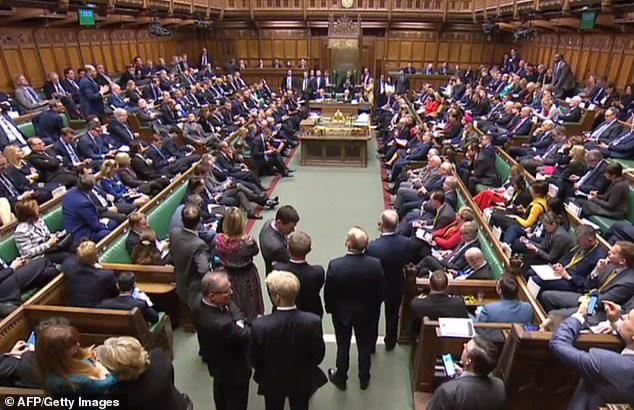 The Prime Minister will have to returen to the Commons with her Brexit ‘Plan B’ today. Above: MPs gather in the Commons for January 16’s vote of no confidence in her Government