‘Smear tests are not nice but they are important’: Theresa May urges women to take a up cervical cancer tests as screening hits a 21-year low

Theresa May today gave an impassioned plea in the House of Commons for women to get their smear test – saying despite being ‘not nice’ they could ‘save your life’.

The Prime Minister stood at the despatch box during the weekly clash of PMQs to make the personal appeal after cervical cancer screening fell to 21-year-low.

Mrs May said the tests can be awkward and uncomfortable, but told women watching that they only take a few minutes and can be life saving.

She told the packed Commons Chamber: ‘I want to give this simple message, and I’m able to do that from this despatch box: smear tests are not nice.

‘All those of who have had smear tests recognise they are not nice. But they are important.

‘If you want to see cancer detected early – have your smear test. A few minutes of discomfort could be saving your life.’ 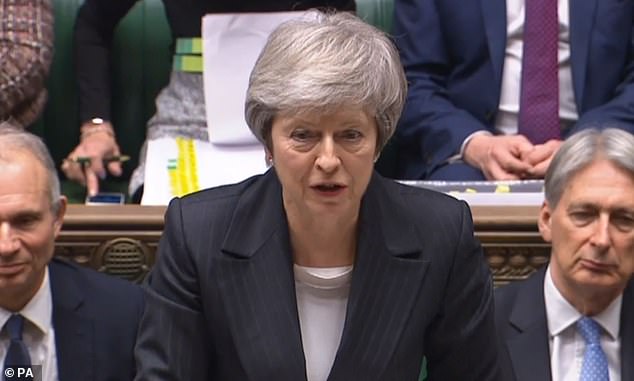 The PM made the comments after NHS figures released last week showed that just 75.5 per cent of English women have had the cancer-detecting test in the last five years.

The figure is just 71.4 per cent when it takes into account young women who should be seen every three years.

This is the lowest it has been since recording started in 1997, when 82 per cent of women had been screened in the same time frame.

Charities have said the drop is ‘disappointing’ and warned more women will die of cervical cancer if the number taking up the free NHS smear tests doesn’t rise.

The dip in figures comes just weeks after it was revealed nearly 50,000 women missed out on their smear test invites and results because of a huge admininstrative error. 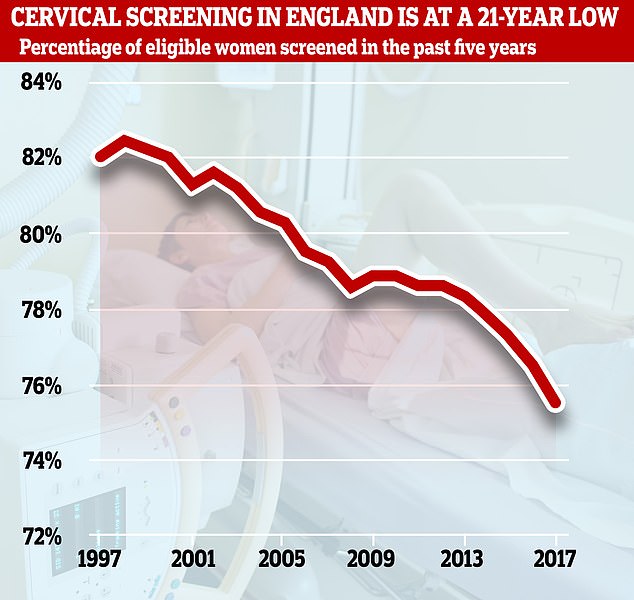 The Prime Minister stood at the despatch box during the weekly clash of PMQs to make the personal appeal after cervical cancer screening fell to 21-year-low (pictured, the statistics)

The charity Jo’s Cervical Cancer Trust said the vital testing is becoming harder to access because of a crumbling health service, leaving women ‘let down’.

‘At a time when we should be making screening easier to attend it is getting harder and harder to access.

‘Many women struggle to get screening appointments at their GP, access through sexual health is declining and there is limited provision for those requiring extra support.

‘We have a highly effective programme, yet it is being delivered on an IT system which is ready to collapse.’