MEET Steve Sims – the selfless chef who has cooked nearly 2,000 Christmas dinners over the last 22 years.

Care home cook Steve has worked every Christmas Day for the last two decades – putting festive feasts on the plates of elderly residents. 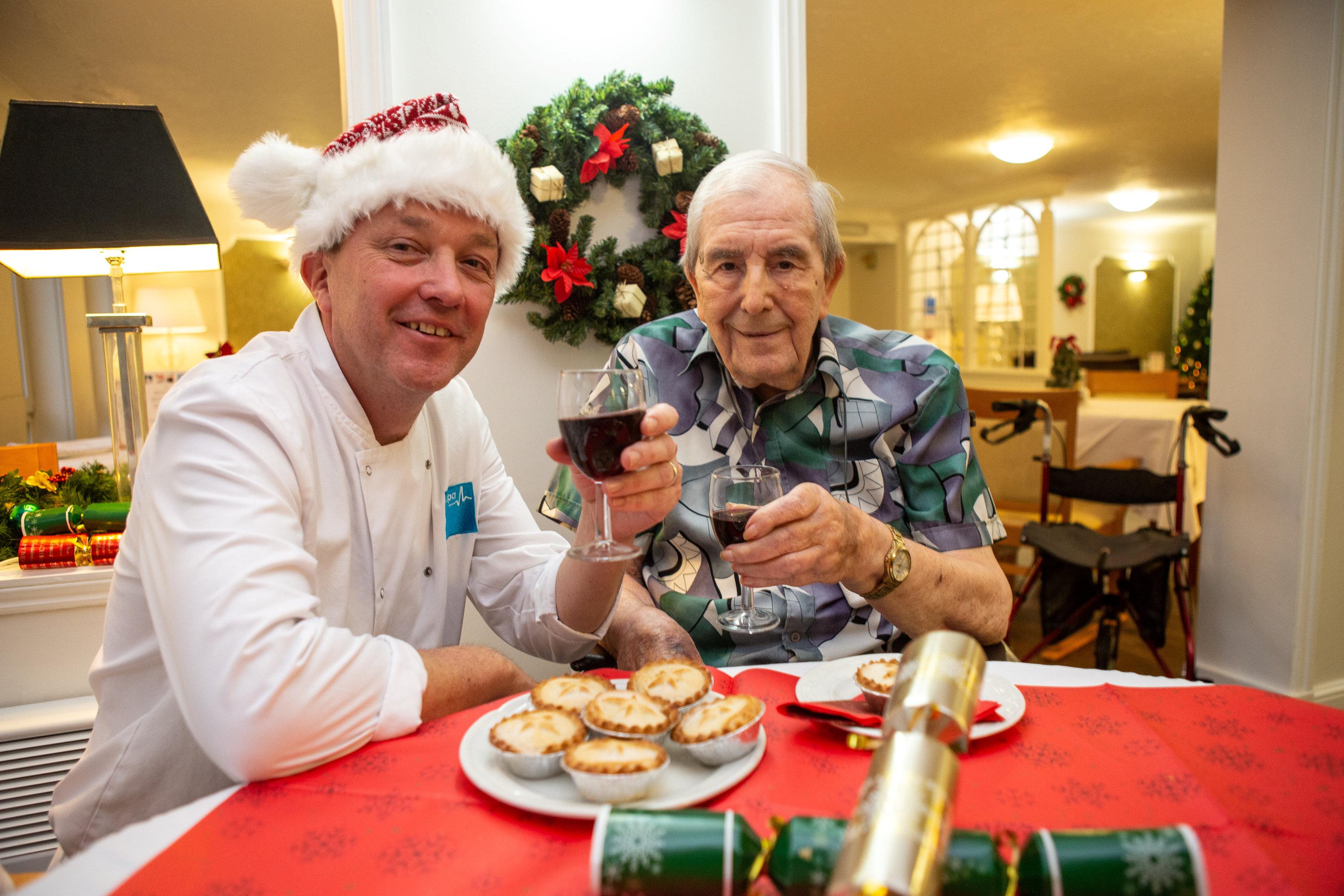 The big-hearted chef, 52, serves up around 80 meals each year for those living at the Bupa Queensmount home in Bournemouth, as well as and their visiting families and friends.

And he estimates he’s put together more than 1,900 feasts of turkey, roast potatoes, and cranberry and chestnut stuffing, along with his famous pigs in blankets.

Steve said: “It’s a cliché but it doesn’t feel like work and it’s a privilege to be able to give people a nice day with their families.

“For lots of our residents it’s not easy to get out and about, so we make sure Christmas comes to them.” 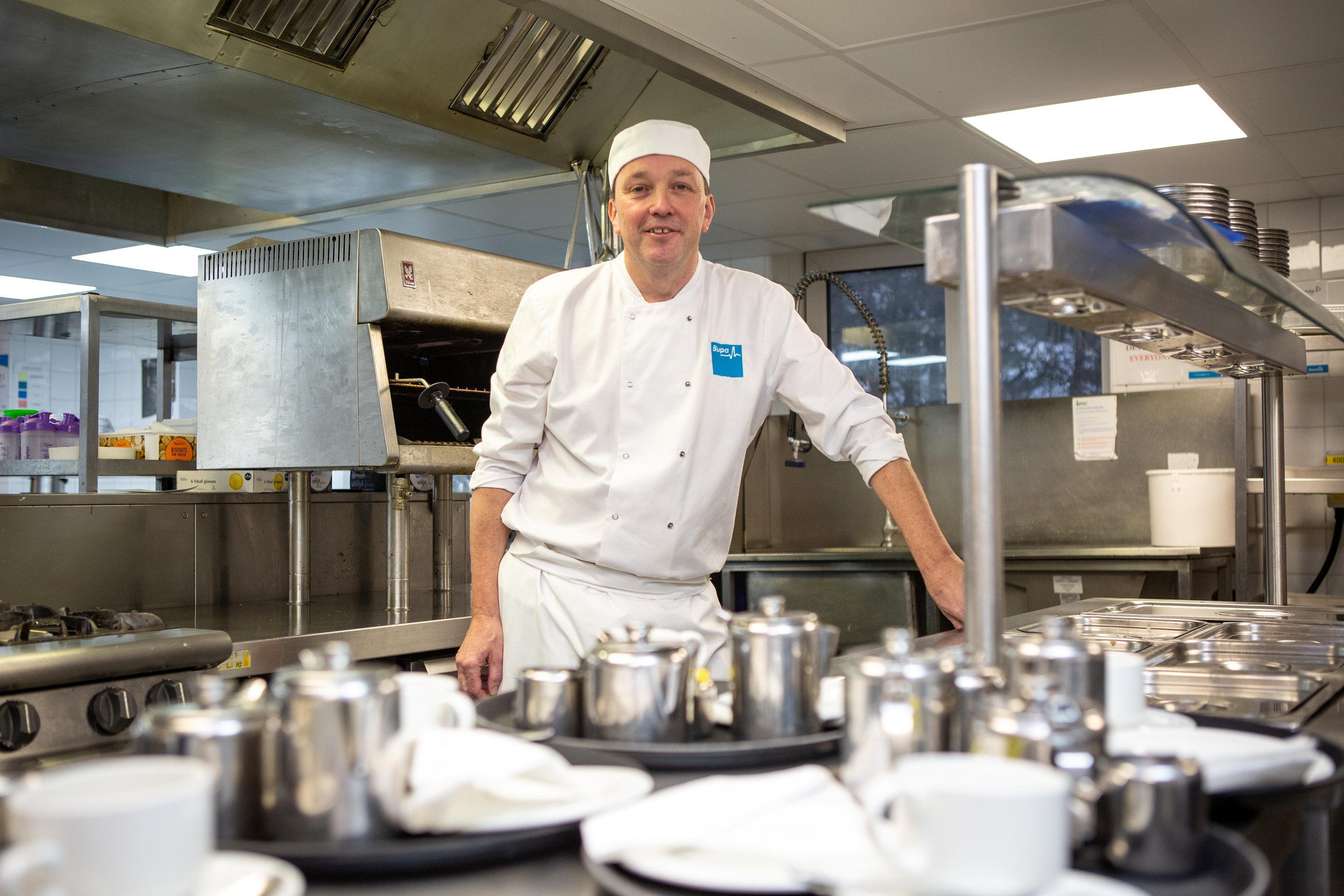 “On Christmas Day I’ll wake up about half five and get to work for half six. I’ll get four turkeys in the oven, peel 20 kilos of potatoes, and then five kilos of carrots and parsnips, and the sprouts and all that, before I get it all cooked.

“We’ll do a prawn cocktail or a soup for a starter, then Christmas pudding and a Baileys cheesecake for dessert. That takes up the morning, then we serve it all in the afternoon and go around to make sure everyone’s happy.”

As well catering for residents and the families, the care home will also be opening its doors as part of Community Christmas, a charity initiative designed to reduce loneliness amongst older people.

Bupa homes across the country are taking part in the campaign, inviting local residents who might otherwise spend Christmas alone. 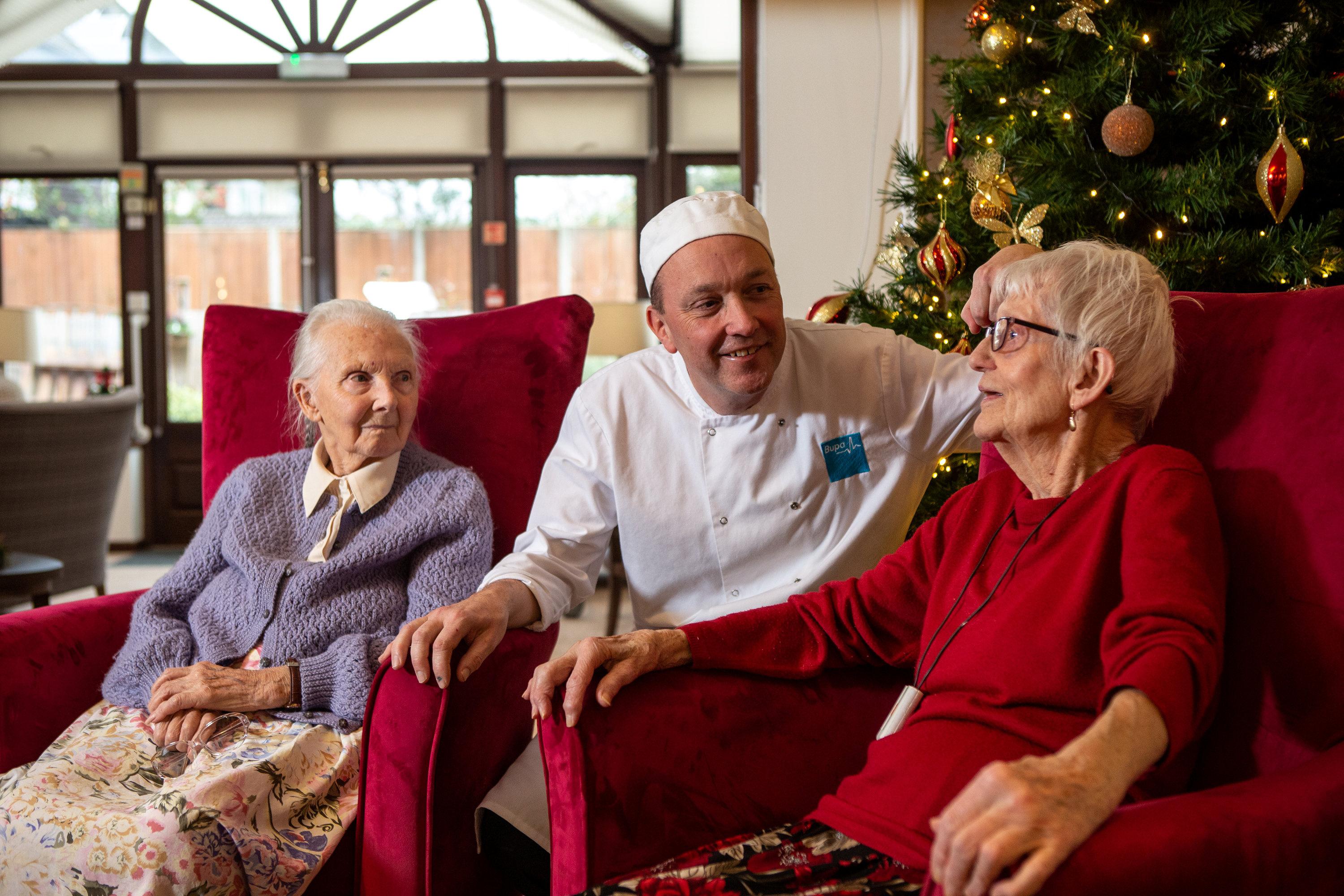 Steve said: “We invite them along to have lunch with us and join in the activities, so they’re not sat at home on their own.

''Last year we had a few ladies come in and they really enjoyed it. We’re looking forward to welcoming more people this year.” 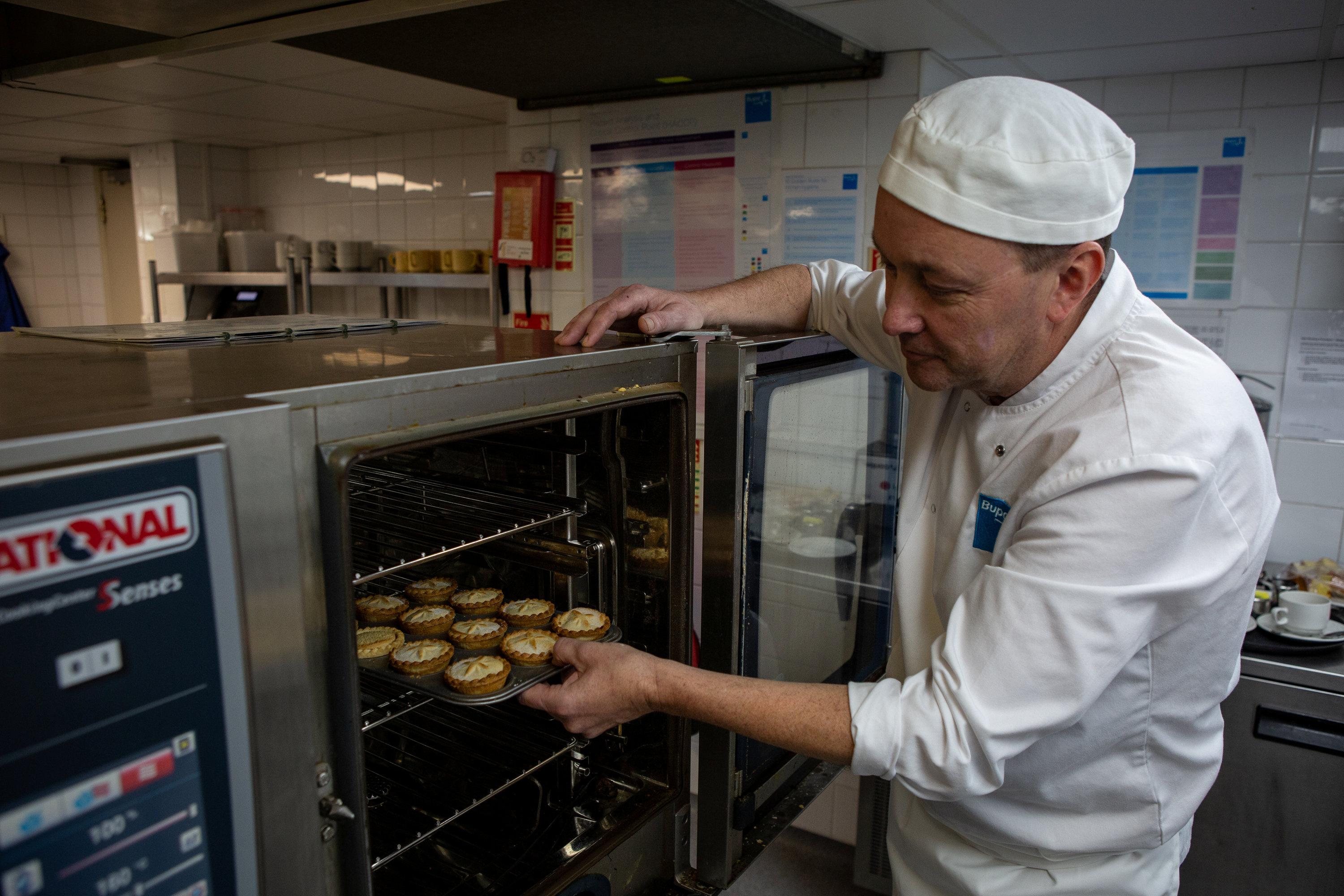 Steve, who has worked at the care home since he was 29, is more than happy to spend his own Christmases making sure others have a happy day.

One memorable year, he was approached by an elderly lady asking if he would be able to use her own Christmas pudding recipe to help her relive her past years. 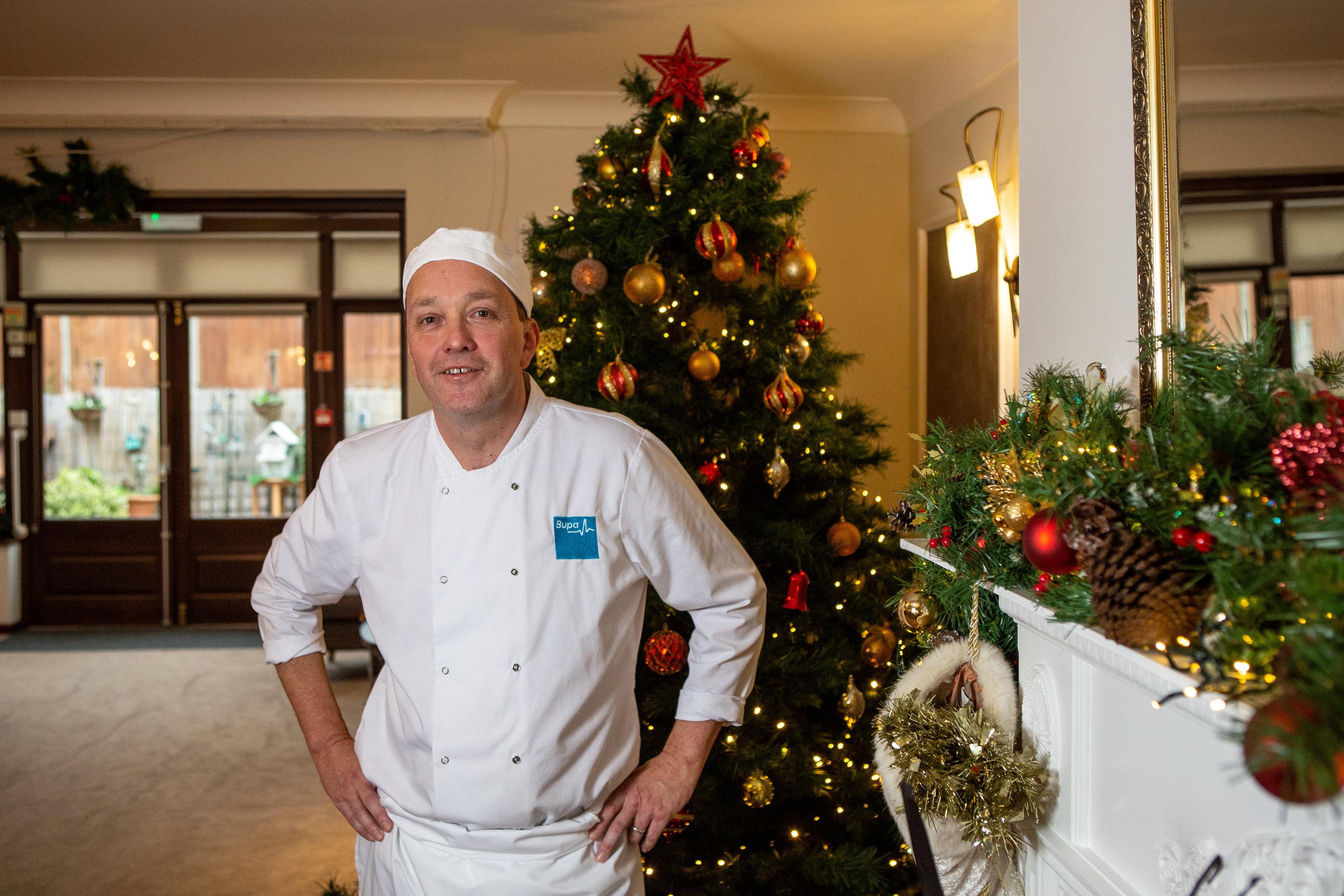 Steve recalled: “She was delighted with the result, and said it brought back lots of fond Christmas memories.

Elsewhere we’ve had people say the turkeys the best they’ve ever had and Baileys cheesecake always goes down well too.” 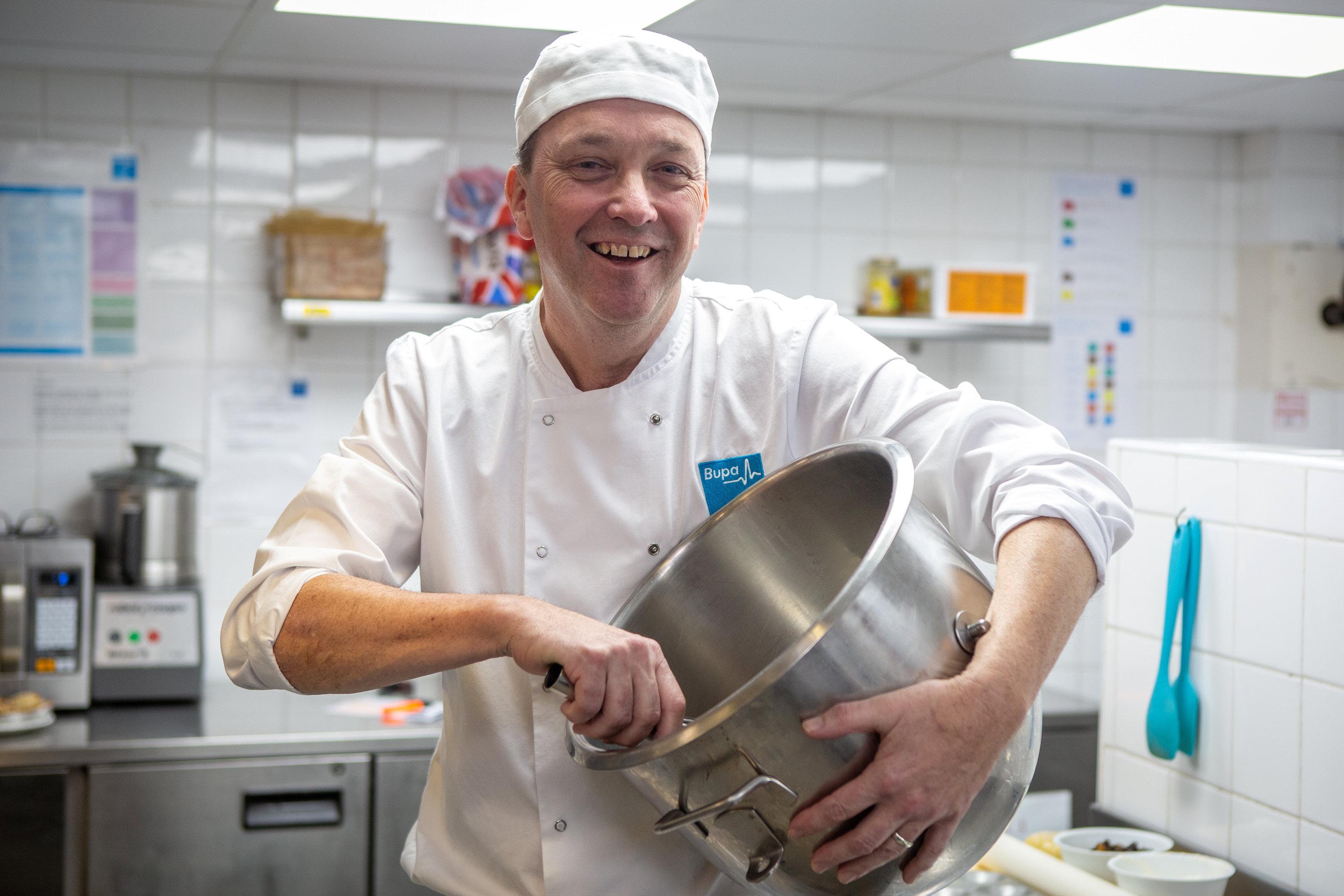 “There’s a really nice atmosphere – and everyone gets involved, the nurses, carers, housekeepers and the residents, of course.

“We have games and in the afternoon, there’s entertainment and we’ll watch the Queen’s speech. Santa also comes round and gives everyone presents.

“In fact, this year I’ll also be the one dressed as Santa. Don’t ask me how I’ll find time, but I will.” 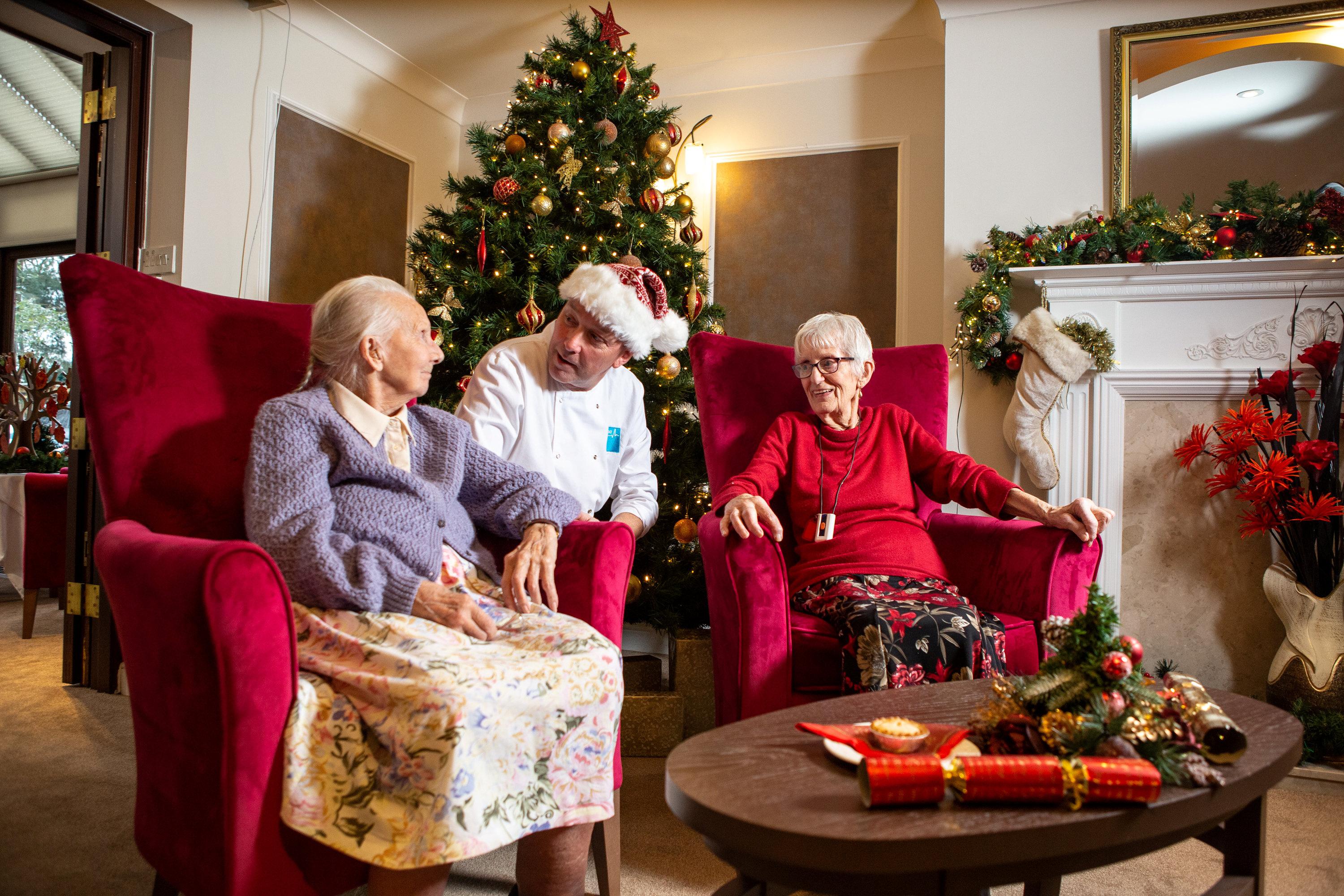 Nicola Soulsby, manager at Bupa’s Queensmount care home, said: “Steve is a valued member of the team who delivers an outstanding service to our residents, relatives and the local community.

“He’s always happy to lay on a party and will really go above and beyond to make sure everyone who comes into the home has a great experience.

''And Steve doesn’t forget the staff; he’s just laid on a full Christmas lunch for the team so we could all celebrate together.” 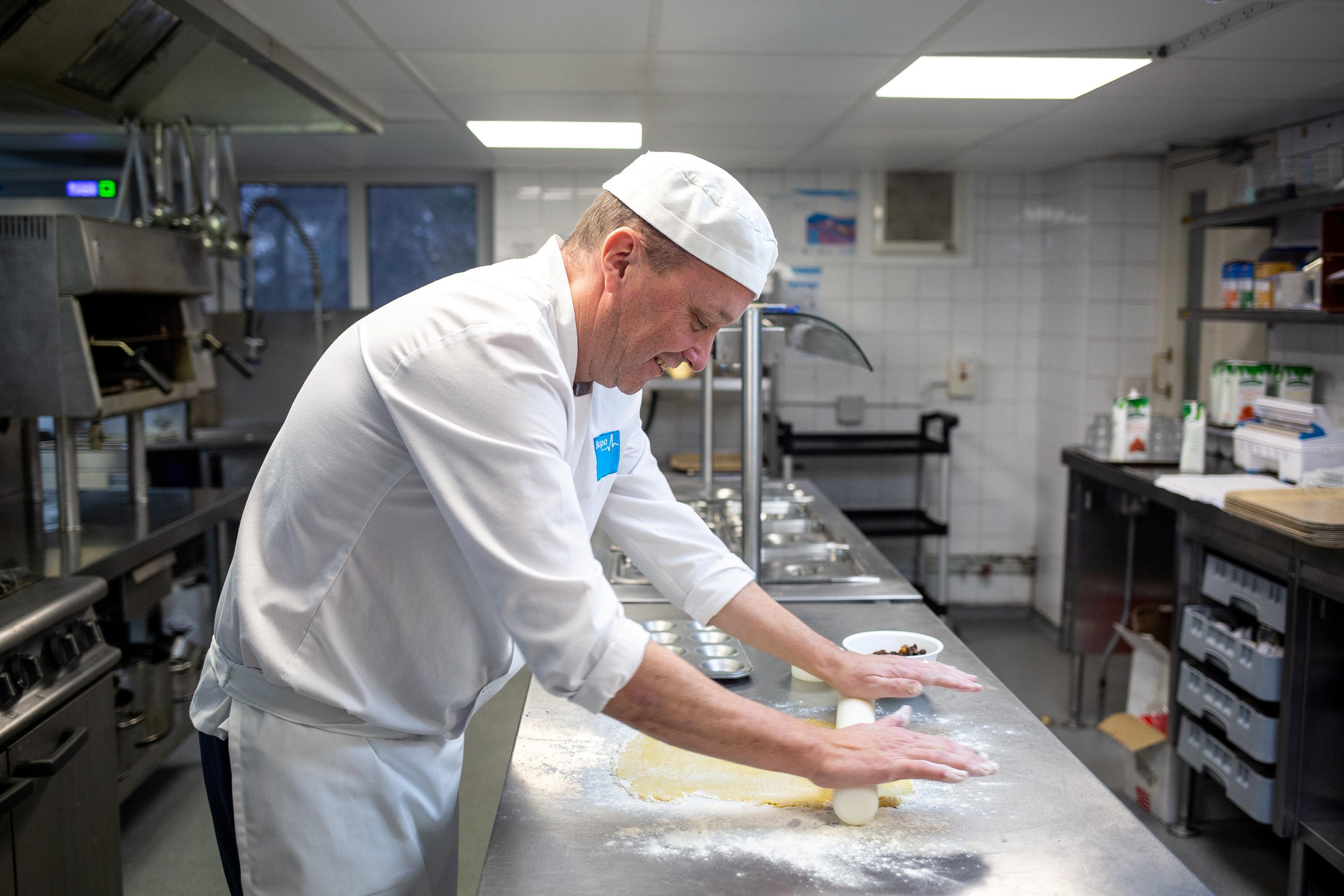 Joan Elliott, Managing Director of Bupa Care Homes added: “Steve is a credit to the company and has helped make Christmas special for so many people over the years.

“Every year we’ve hundreds of colleagues doing the same, and I’d like to thank them all for their hard work and commitment.” 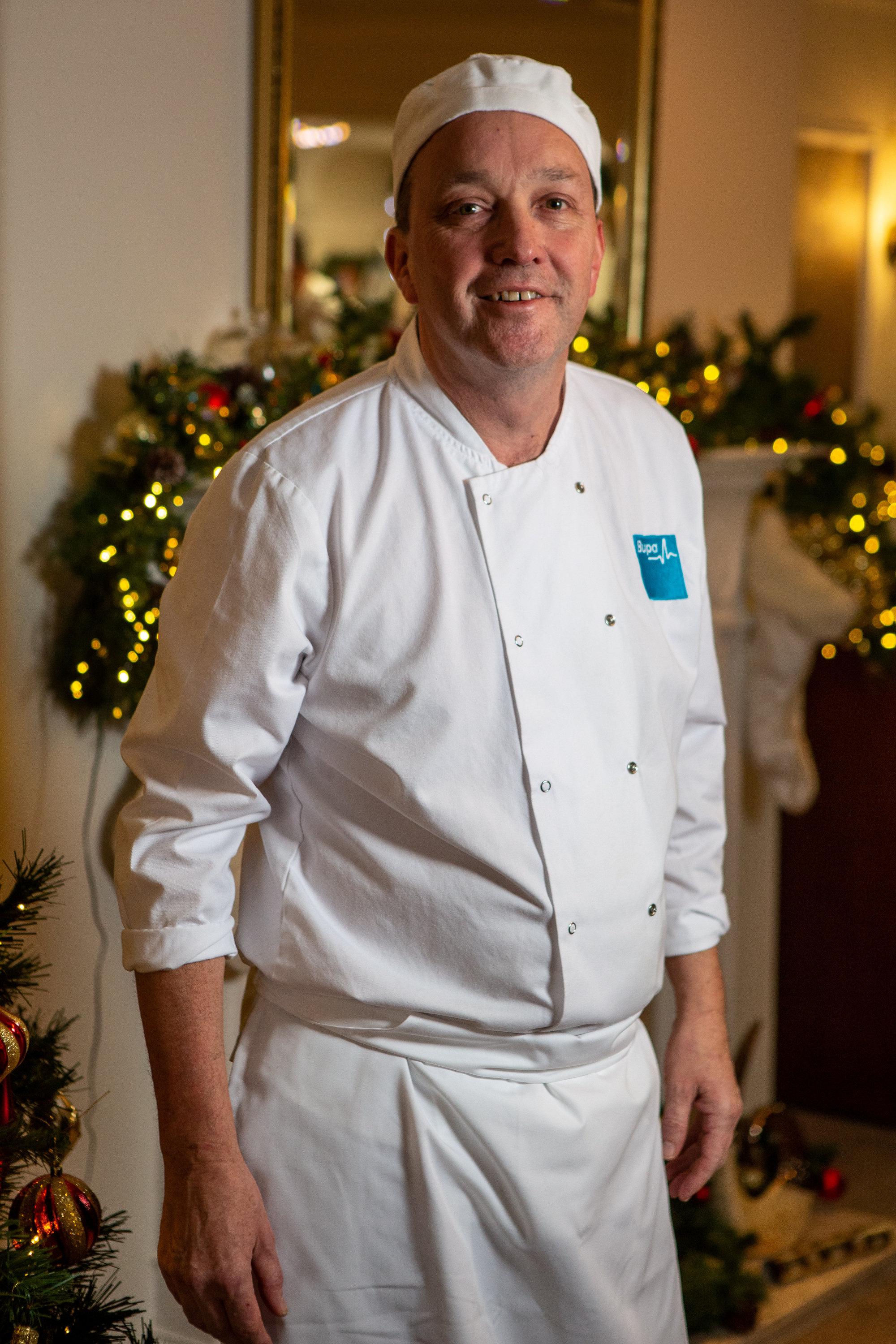 Steve’s wife Sarah, 43, also works in a care home and is likely to be spending the day helping residents there.

In previous years she’s even come in to the Queensmount home and helped Steve dish out his Christmas dinners. After they finish work, the pair will spend the evening at home together.

This year, kindly Steve even continued his volunteering after Christmas, helping at a homeless shelter on December 27th.

He said: “A group of us from the care home will take some more food down. We’ll also take some clothes and we have some hairdressers coming down and we’ll spend the day with them.

''This is the first time we’ll have done that, so we’re really looking forward to it.

“When will I stop doing it? I’ll just keep going! I can’t see a finishing line as such. I don’t feel like I need a Christmas off.”

A full list of Bupa homes participating in Community Christmas can be found at bupa.co.uk/community-christmas.