BORIS has been working his novelty King Ashurbanipal socks off to convince voters all over the country that he wants to . . . all together now . . . “get Brexit done”. 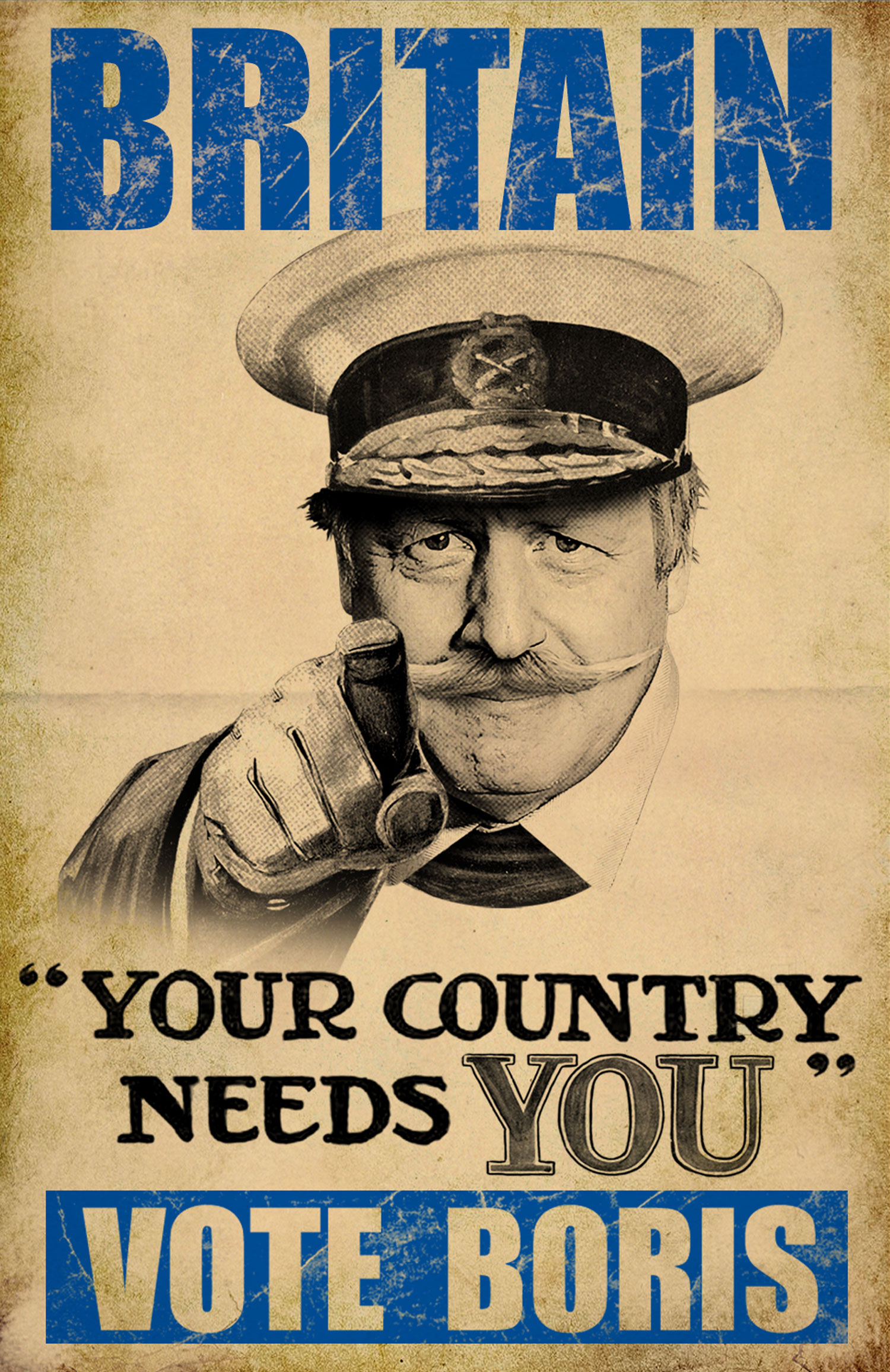 But that’s the thing about elections in the modern, social media age. Say just one wrong thing, and it becomes a meme for the opposition to beat you with.

So instead, all party leaders stick cautiously to a repetitive script and hope they reach polling day without having taken a meaningful punch.

Boris is far from perfect, but who is? His colourful private life doesn’t bear scrutiny and, as a journalist, there are plenty of opinions he’s given over the years that jar in today’s “woke” climate.

But Corbyn has been married three times and has a history of hanging out with Hamas and the IRA, so any attempt to paint him as saintlier is patently ludicrous.

Meanwhile, on Monday, he shamelessly attempted to land a political blow on Boris by waving a photograph of a four-year-old boy lying in the corridor of Leeds General Infirmary while being treated for suspected pneumonia.

Using the health and wellbeing of young children as a political tool at election time is both cynical and, in this case, deeply hypocritical — given that in September it was reported that the GP of a poorly 12-year-old girl had requested an “emergency ambulance” from the Labour-run Welsh NHS but it took over an hour to arrive and, in the meantime, she suffered a cardiac arrest and died the next day.

THE NEXT CHAPTER OF A NATION

Regardless of who’s in power, there are always good and bad stories about the NHS that can be cherry-picked to suit any given political agenda.

It’s undoubtedly a national institution that must be protected but, equally, we mustn’t shy away from the reality that it needs serious root-and-branch reform (£70 to change a lightbulb, for heaven’s sake) before yet more multi-millions are unquestioningly poured into it.

With a sizeable majority, a true leader will rightly use their next five years in power to make those required changes so a modernised NHS functions more efficiently and safely.

In short, it’s what the chosen one does after tomorrow’s result that really matters.

Following three years of paralysing inertia, we need a Prime Minister with a significant enough majority to propel us forward to the next chapter of a nation that, throughout history, has proved itself to be tenaciously innovative and self-sufficient.

Someone who truly believes in “Great Britain” and has the balls to make tough decisions that will be unpopular in the short term but beneficial to all further down the line.

And that’s where YOU come in.

Don’t be fooled into complacency by the polls — they are a prediction we are required to fulfil.

Don’t be put off by the forecast of torrential rain.

And don’t waste your vote on that nice person from the Green Party who won’t have the power to actually do anything nationally. 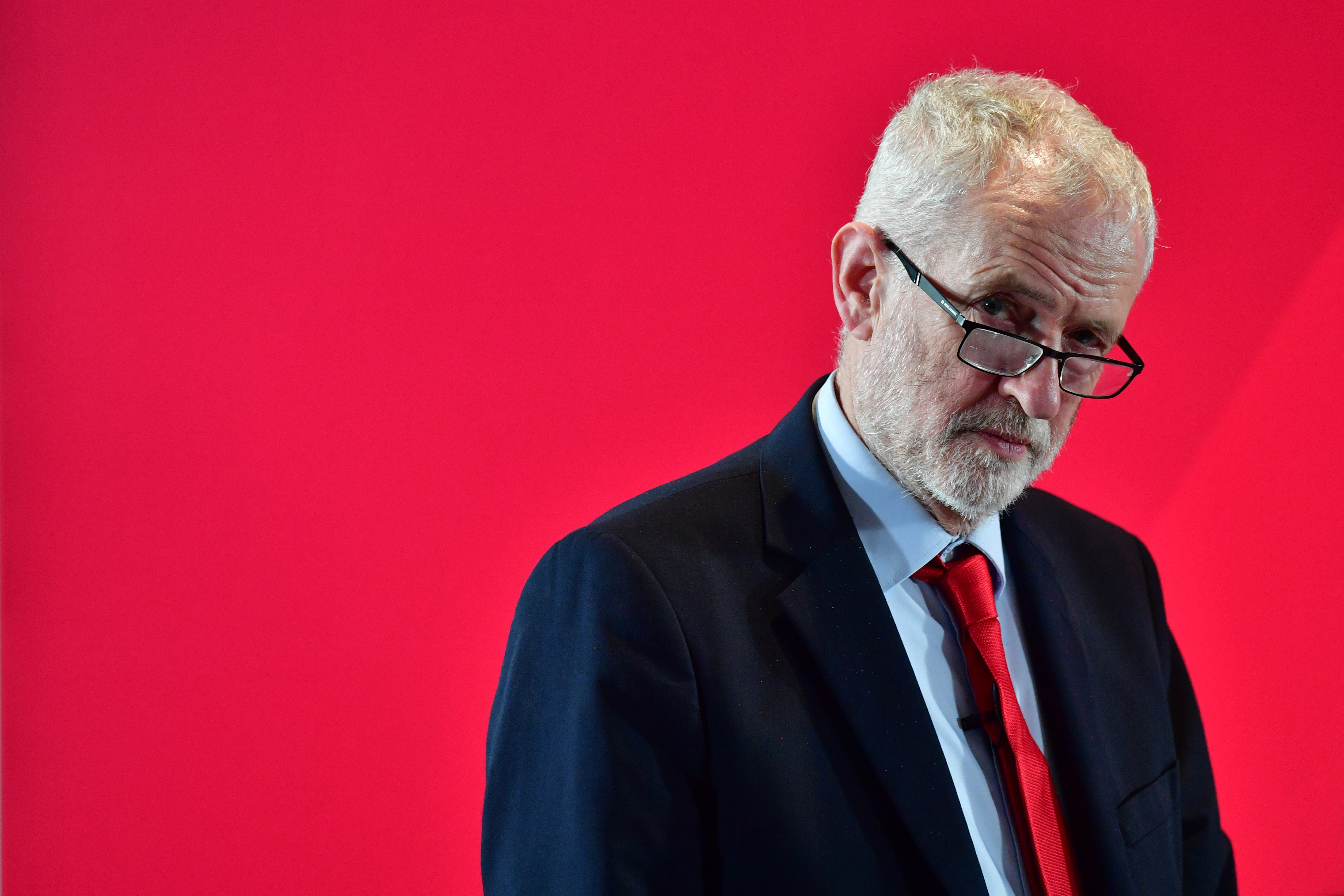 And if your grandad/dad always voted Labour and would “turn in his grave” if you voted Tory, that doesn’t apply here because, believe me, their love for their country would take precedence over their loyalty to a once great party now led by a donkey-jacketed economic illiterate who’s the puppet of the hard-left Momentum movement and seemingly prefers to take the side of this country’s enemies. If it makes you feel better, vote Conservative but tell anyone who asks that you voted Labour. They’ll be none the wiser.

And the same goes for traditional Tory voters who, because they voted Remain in 2016, say they’ll vote for the “stop Brexit” Lib Dems and potentially let Corbyn in through the back door. That’s utter madness.

Yes, as Boris keeps saying on a loop, giving him a majority will finally “get Brexit done” and, as an ardent Remainer, they might not want that. But can they seriously claim to be a democrat while simultaneously voting for a party that wishes to thwart the clear mandate delivered by the biggest voter turnout in Britain’s political history?

Besides, they’ll be turkeys voting for Christmas, because the alternative is a hung Parliament of cobbled-together parties — potentially led by, God help us, puppet Corbyn, with several more hands up his back — which will plunge us into a period of prolonged legislative and economic paralysis we might never recover from.

Who in their right mind wants that?

In 1997 and 2001, I voted “New Labour” because Tony Blair and his team were smart enough to know that the well-off are a primarily altruistic bunch and, if you treat them with respect, they will stick around and help fund better prospects for those in need.
But Corbyn’s contempt-filled, hard-left rhetoric around “the rich” is just one of the many signs that he’s economically illiterate.

Rather than acknowledge the punishing hours, sacrifice and risk it takes to build up a successful business, he talks about self-made millionaires/billionaires as if it all just landed in their lap and should be grabbed from them with immediate effect.

In yesterday’s Sun, even Labour peer Lord Sugar urged voters to back Boris, saying: “Jeremy Corbyn has turned Labour into a negative anti-business party that is clueless on how the economy works.”

If you need further persuasion, go online and listen to Phones4u founder John Caudwell taking on Shadow Chancellor John McDonnell over Labour’s proposed policy to tax “the rich” until they squeak.

Mr Caudwell, who started his working life as an apprentice at the Michelin tyre factory, pointed out that he’s paid over £300million in taxes and was happy to have done so as a contribution to society.

He added that, on top of that, he spends at least 60 or 70 per cent of his time on charitable purposes.

But he told Mr McDonnell: “Why would I stay in a political environment that’s unfriendly and not encouraging entrepreneurship?

“What you are doing as a Labour Party is destroying confidence and if you destroy confidence, nearly every wealthy person I know is thinking of leaving the UK, including me, if Labour get in.”

Which would leave the state coffers far emptier and those less fortunate even farther up s**t creek than they already are after three-and-a-half years of parliamentary paralysis.

Boris is far more liberal than he’s currently letting on and will undoubtedly focus not just on the much-needed NHS reform, but also our critically underfunded social care system. Quite right, too.

It has been starved of funds for too long and this failing lies at the root of serious issues such as the mental health crisis, homelessness, county-line gangs and lack of proper care for the elderly or infirm.

As Mahatma Gandhi once said: “A nation’s greatness is measured by how it treats its weakest members.”

But Boris knows that driving big business away, with punitive taxes and anti-wealth rhetoric, is not the way to do it.

He needs them on side.

So, your mission tomorrow, should you choose to accept it, is to go to your local polling station and put a cross in the box marked Conservative.

This election isn’t about long-held political affiliations — it’s about giving Boris Johnson the majority he needs to finally deliver Brexit and take us forward.

It’s about the future of Great Britain. Your country needs you.