Meghan Markle’s father Thomas has hit back at ‘arrogant’ Prince Harry in a bold warning to his daughter.

The 74-year-old urged Prince Harry to ‘man up’ and threatened that he would continue speaking out about his daughter if her and Harry didn’t contact him soon.

Having previously spoken to members of the press, Mr Markle admitted he had made mistakes but said that his son-in-law needed to ‘man up and get over it’ before he gets progressively ‘louder’.

Mr Markle continues to reach out to his daughter despite the fact that they have not spoken since her marriage to Prince Harry. 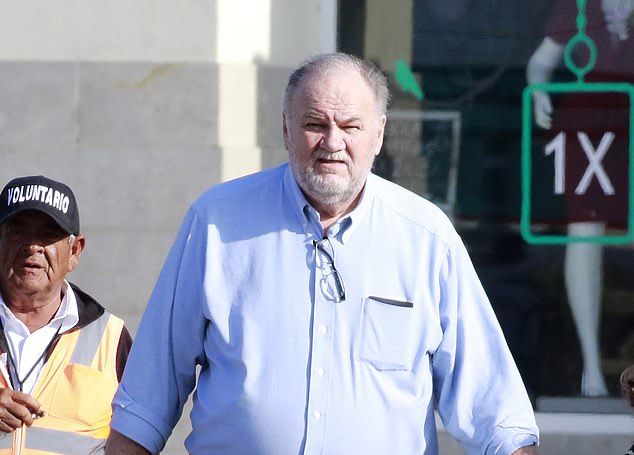 Thomas Markle, (pictured) has had no contact with his daughter since she married Prince Harry, and has said he is ‘very upset’ by the criticism his 37-year-old daughter is receiving

The Prince had reportedly previously urged Thomas not to speak to the press but had been caught co-operating with a paparazzi photographer.

According to the Sun, Prince Harry had warned Mr Markle that: ‘This is what happens when you don’t listen to what we tell you to do.’

However Mr Markle has said that he will continue to talk: ‘Meghan and Harry’s silence empowers all the crazy tweets and insults against me and my family.’ 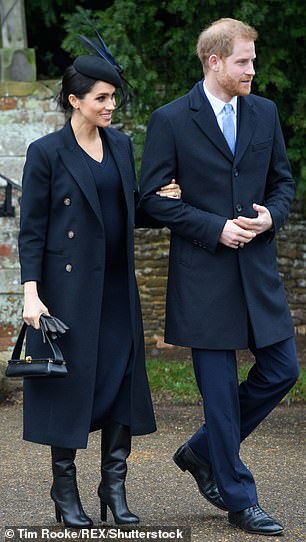 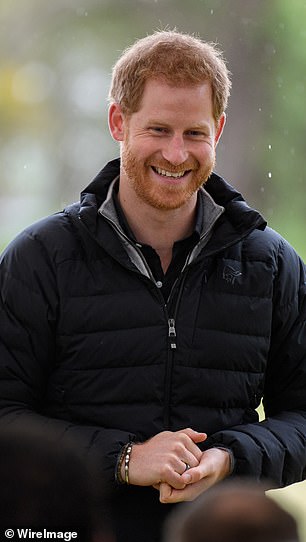 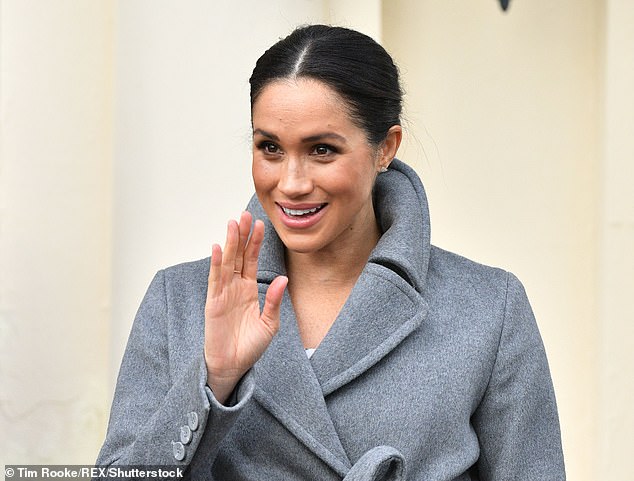 The 74-year-old added he is keen for reconciliation and for his daughter (pictured) to contact him. He added: ‘I miss Meghan a lot. She was a big part of my life up until she met Harry’

Despite his confrontational tone, Mr Markle added that he is keen to make amends with the couple and said that he is hopeful to meet Prince Harry.

However he maintained his stance towards Prince Harry and told the Sun: ‘If I’m the first person who’s insulted you or hurt your feelings, you’ve got a long way to go.

‘He’s human just like the rest of us. I feel that he feels he is above everyone else and that he has a right to talk down to people.

‘And I cannot accept that. It feels like arrogance.’ 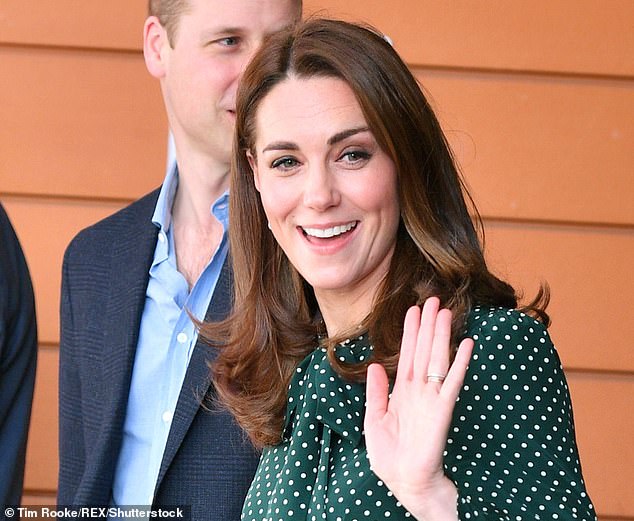 His comments come amid a rumoured rift between Meghan and Kate (pictured), who is said to have been ‘reduced to tears’ by Meghan’s demands over Princess Charlotte’s bridesmaid gown

He had also urged Meghan to repair the rumoured rift with Kate Middleton ‘if there is any animosity between them’.

Mr Markle, said he is ‘very upset’ by the criticism his 37-year-old daughter is receiving.

He also revealed he didn’t get a Christmas card from his daughter this year and has implored her to pick up the phone and talk to him.

His comments come amid a rumoured rift between Meghan and Kate, who is said to have been ‘reduced to tears’ by Meghan’s demands over Princess Charlotte’s bridesmaid gown and who later, allegedly, reprimanded Meghan for ‘berating’ a member of her staff.

It was also revealed the Duchess of Cambridge went out shooting the day after her animal-loving sister-in-law left Sandringham on Boxing day.

The 36-year-old waited until after Meghan’s departure to join her husband, Prince William, and other family members to blast pheasants, partridges and ducks on the Queen’s 20,000-acre Norfolk estate.

Mr Markle who lives in Rosarito, a beach town just across the US-Mexico border told The Sun: ‘If there is any animosity between Meghan and Kate they should put their differences aside. I’m very upset by the criticism Meghan is getting. 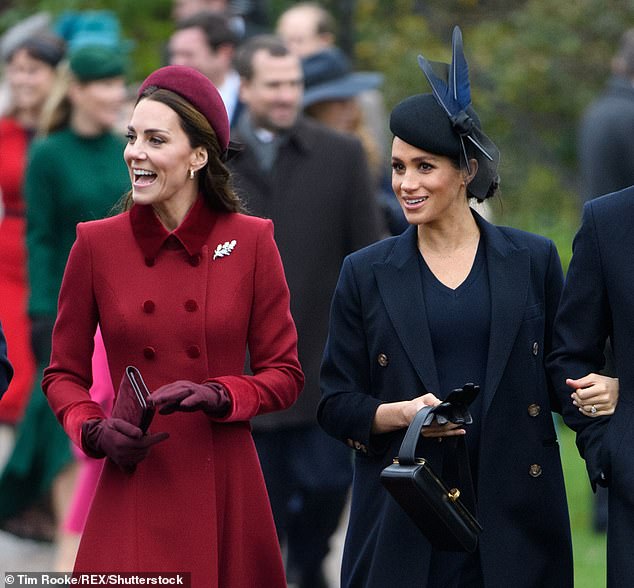 Kate Middleton, Duchess of Cambridge and Meghan Markle, Duchess of Sussex at the Christmas Day church service in Sandringham. There is a rumoured rift between the duo

‘I’m not buying that she made Kate cry. First off, I think Kate is a stronger woman than that.

‘I think Kate also knows she is in a stronger power position than Meghan is.

‘Kate’s the hero mother. I can’t see her being that weak.’

Two heart attacks prevented him from walking his daughter Meghan down the aisle of St George’s Chapel amid the pomp and pageantry of the Royal Wedding in May.

And the retired Emmy award-winning Hollywood lighting director, who did not receive a Christmas card from his daughter, has been imploring her to get back in touch.

He said: ‘On Christmas Day I visited some friends and received a lot of phone calls from every relative I have — except my daughter. I was prepared for it.’

He added he is keen for reconciliation and for his daughter to contact him.

Prior to Christmas in an interview with The Mail, Mr Markle revealed he ‘loved getting cards from Meghan.’ 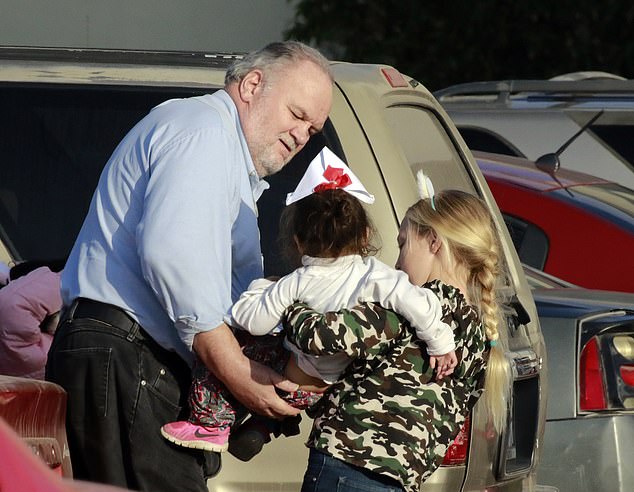 He said: ‘She wrote me hundreds of little cards and notes through the years. Sometimes they were for special occasions, other times just little notes she would leave around the house. I’ve still got a Post-It Note on my fridge which says, ‘I love you Daddy.’ I see it every day. I got a card every Valentine’s Day.’

In that interview he also revealed he had reached out to Meghan by texting her and sending a letter.

‘I have sent several texts. Her number hasn’t changed and they haven’t bounced back,’ he says.

‘I’ve pleaded with her to pick up the phone. I wrote her a two-page letter and sent it by certified mail via her representative in Los Angeles.

‘I asked her why she was believing the lies. I also pointed out the Royals haven’t always been perfectly behaved.

‘I wrote that I’ve never played pool naked, nor have I dressed up as a Nazi [a reference to Harry’s infamous pictures in Las Vegas in 2012 and the time that he wore a crude imitation of a Nazi uniform, including a swastika armband, in 2005].