ALGIERS (Reuters) – Thousands protested across Algeria on Tuesday, demanding immediate political changes a day after ailing President Abelaziz Bouteflika abandoned his bid for a fifth term in power but stopped short of stepping down.

Huge crowds gathered in several cities and Ennahar TV reported workers began a strike that paralyzed operations at the Mediterranean port at Bajaia.

Bouteflika, 82, bowed to weeks of mass demonstrations against his 20-year rule on Monday and promised a transition to a new leadership. But he postponed elections scheduled for April, meaning he will likely remain in power for some time.

Brahimi, a former Algerian foreign minister and U.N. special envoy, is expected to chair the conference that will oversee the transition, draft a new constitution and set the date for elections, a government source said.

Crowds who came back onto the streets on Tuesday demanded quicker action.

“The whole system must disappear immediately. Our battle will continue,” 25-year-old student Noureddine Habi said in central Algiers as others chanted: “We want this system to go”.

Algerians have grown tired of the ailing leader and other veterans of the 1954-1962 war of independence against France who have dominated a country with high unemployment, poor services and rampant corruption despite its oil and gas.

More than a quarter of Algerians under 30 are unemployed.

Algeria’s deputy prime minister said Boutiflika’s decision was the most important turning point in since independence from France in 1962, Annahar TV reported.

“A competent government will be established, with the confidence of the participants in the national conference, which will supervise the presidential process,” said Ramtan Lamamra. 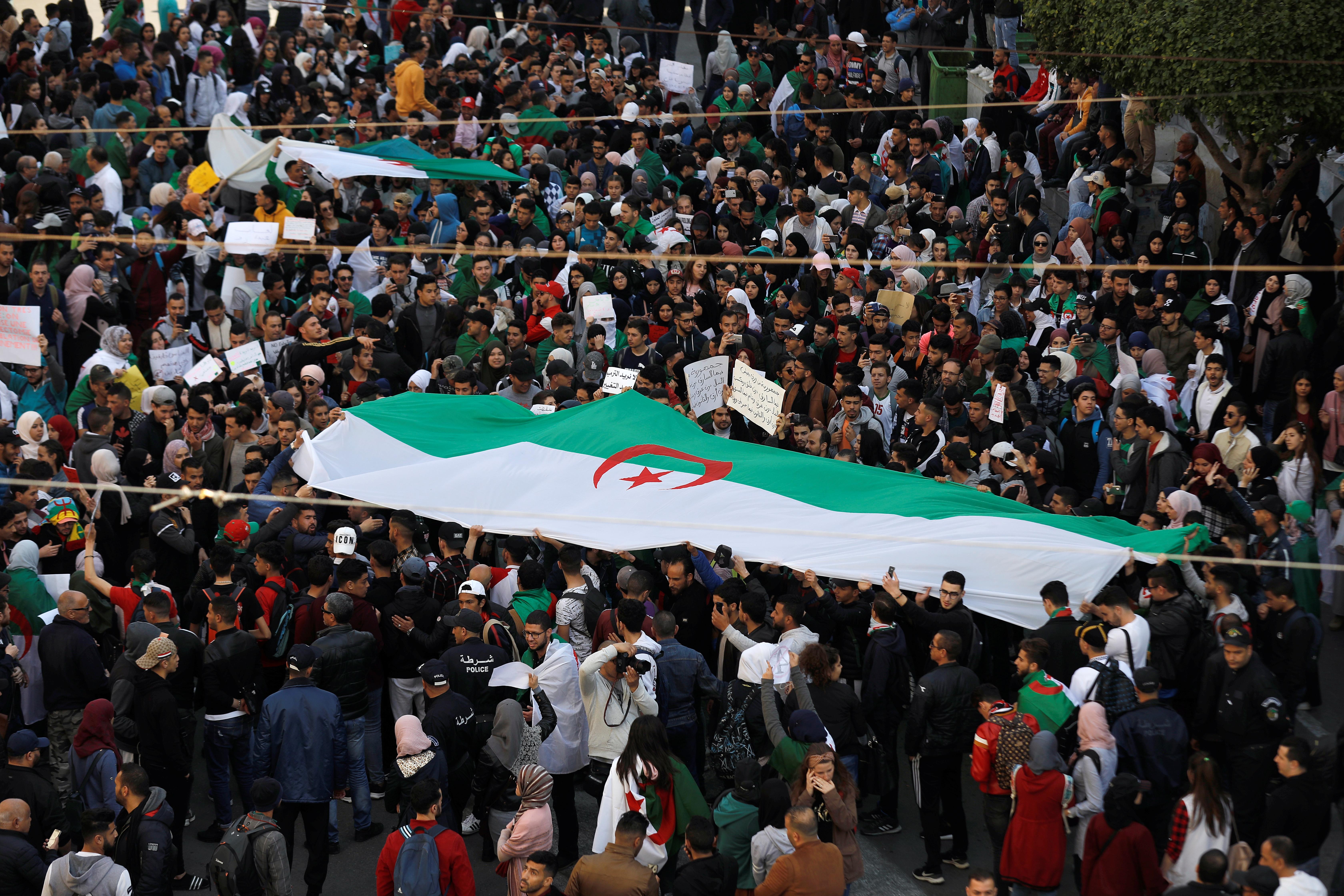 Algeria’s powerful military is expected to play a behind-the-scenes role during the transition and is currently considering several civilians as candidates for the presidency and other top positions, political sources said.

One of them includes a prominent lawyer and activist Mustafa Bouchachi, who has gained a wide following on Facebook during the protests.