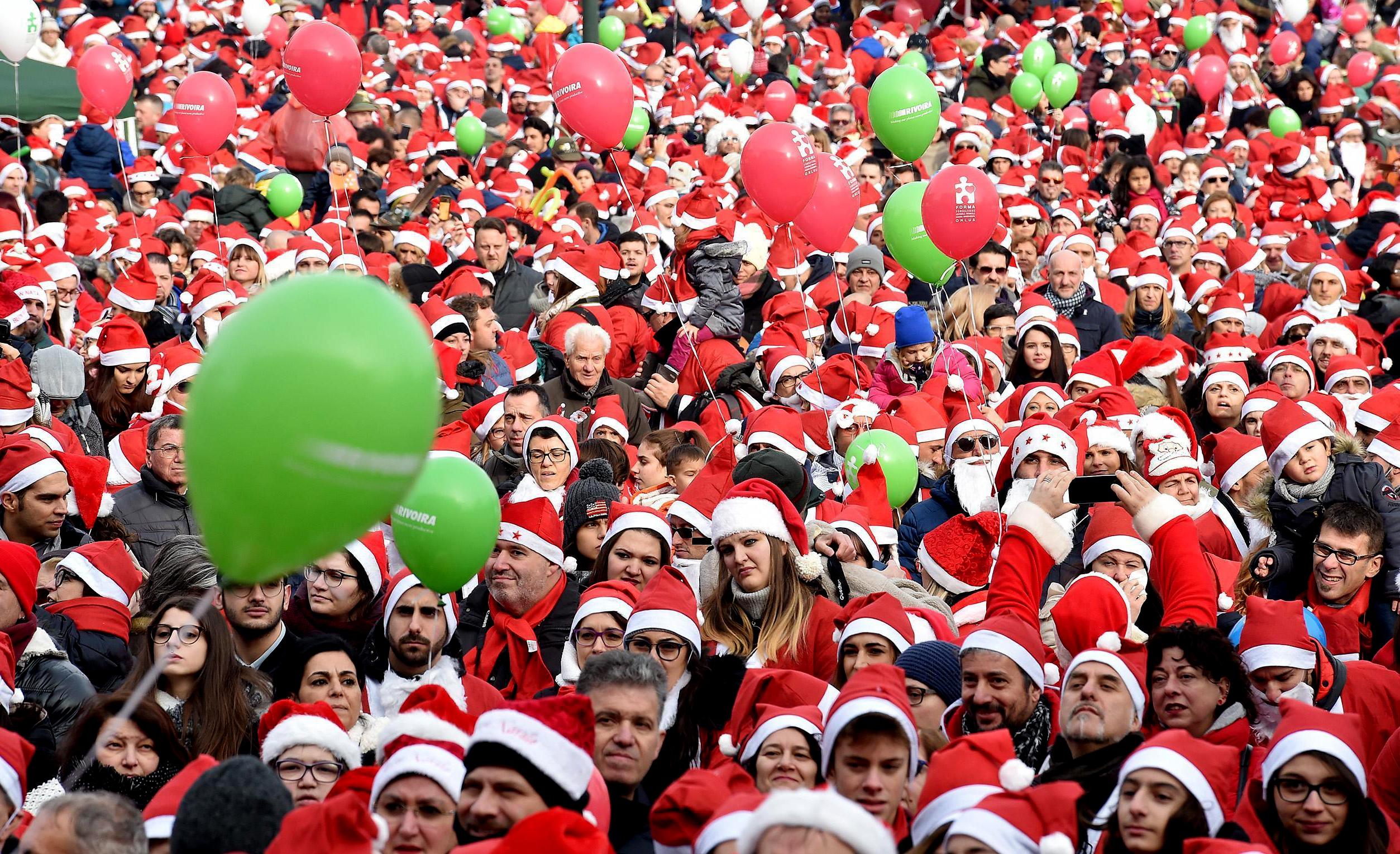 Thousands of Father Christmas-clad men and women also spilled into the streets of Budapest, in Hungary and Turin, in Italy this morning.

Yesterday morning crowds of excited children and their parents lined the streets of Las Vegas to catch a glimpse of the Santas during the annual Great Santa Run.

Pictures of the events show red masses of runners smiling and enjoying the early December atmosphere. 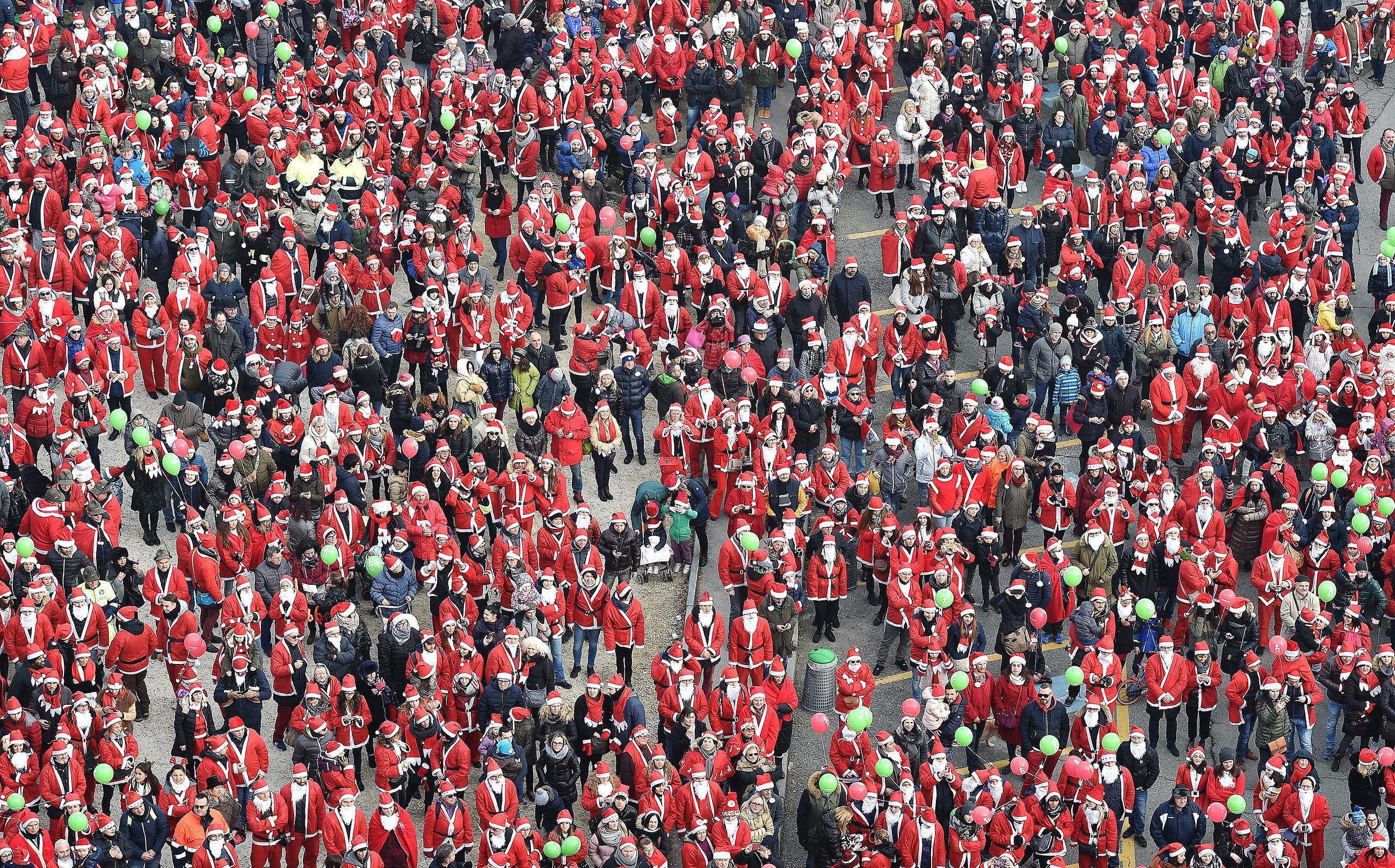 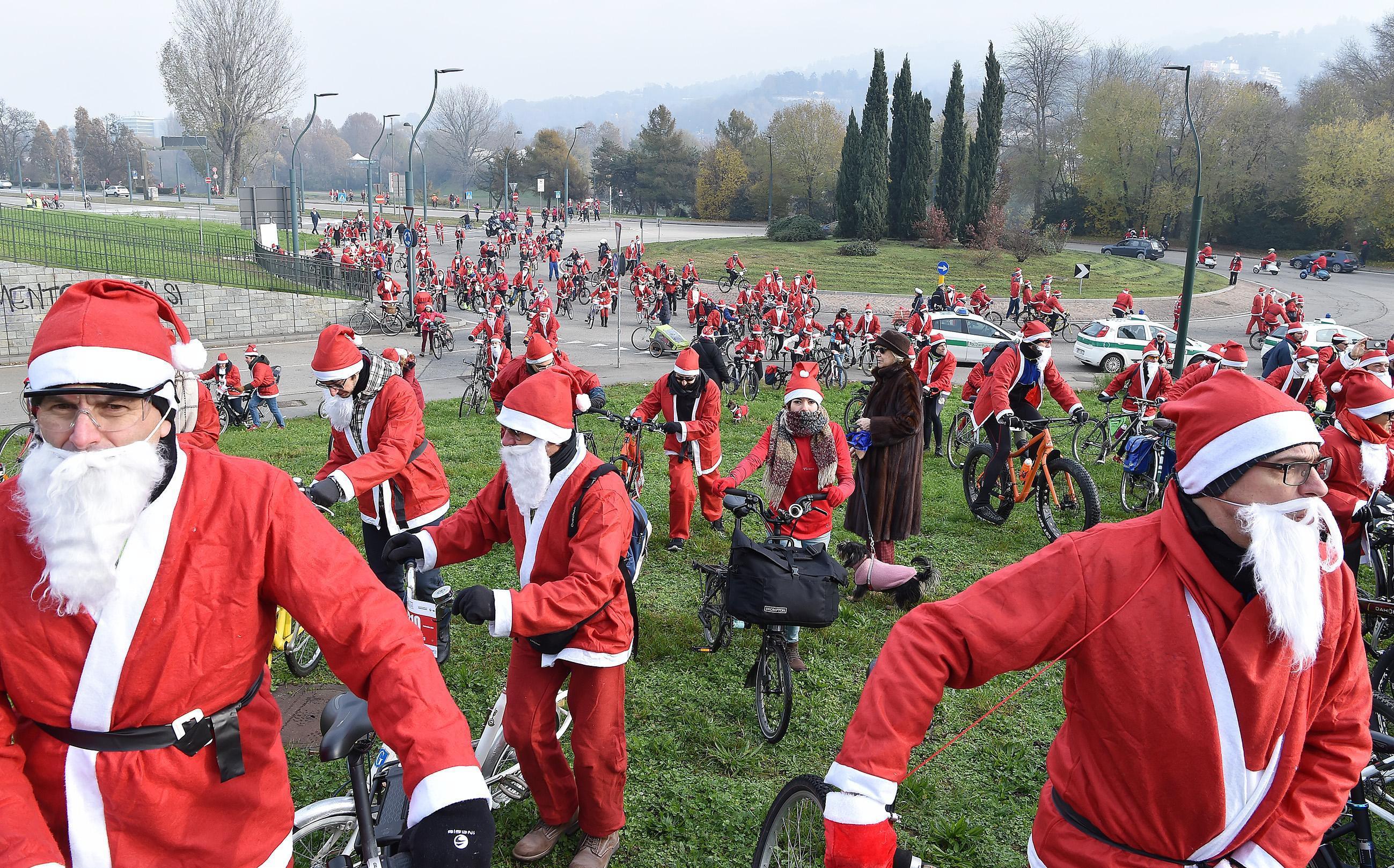 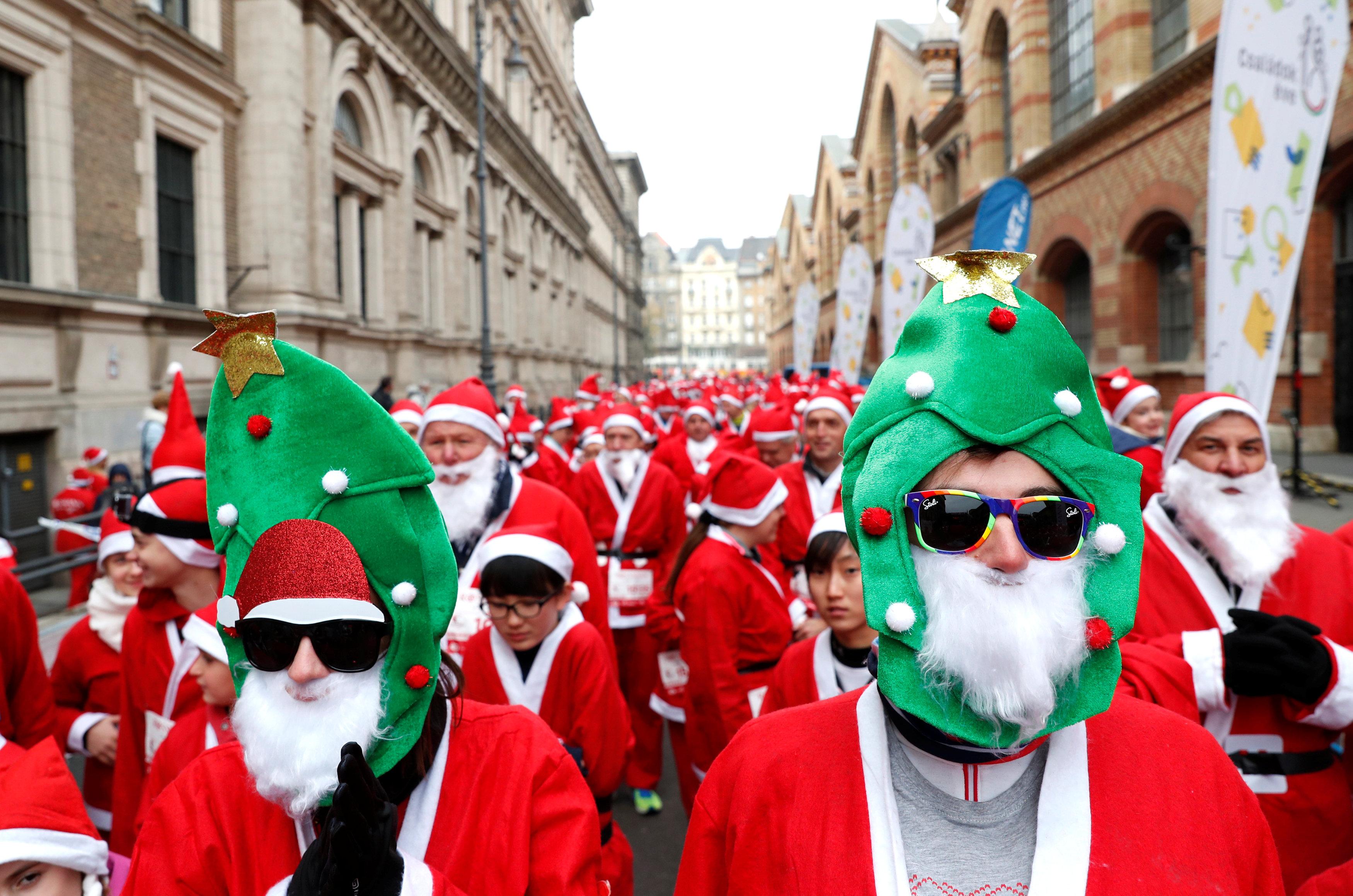 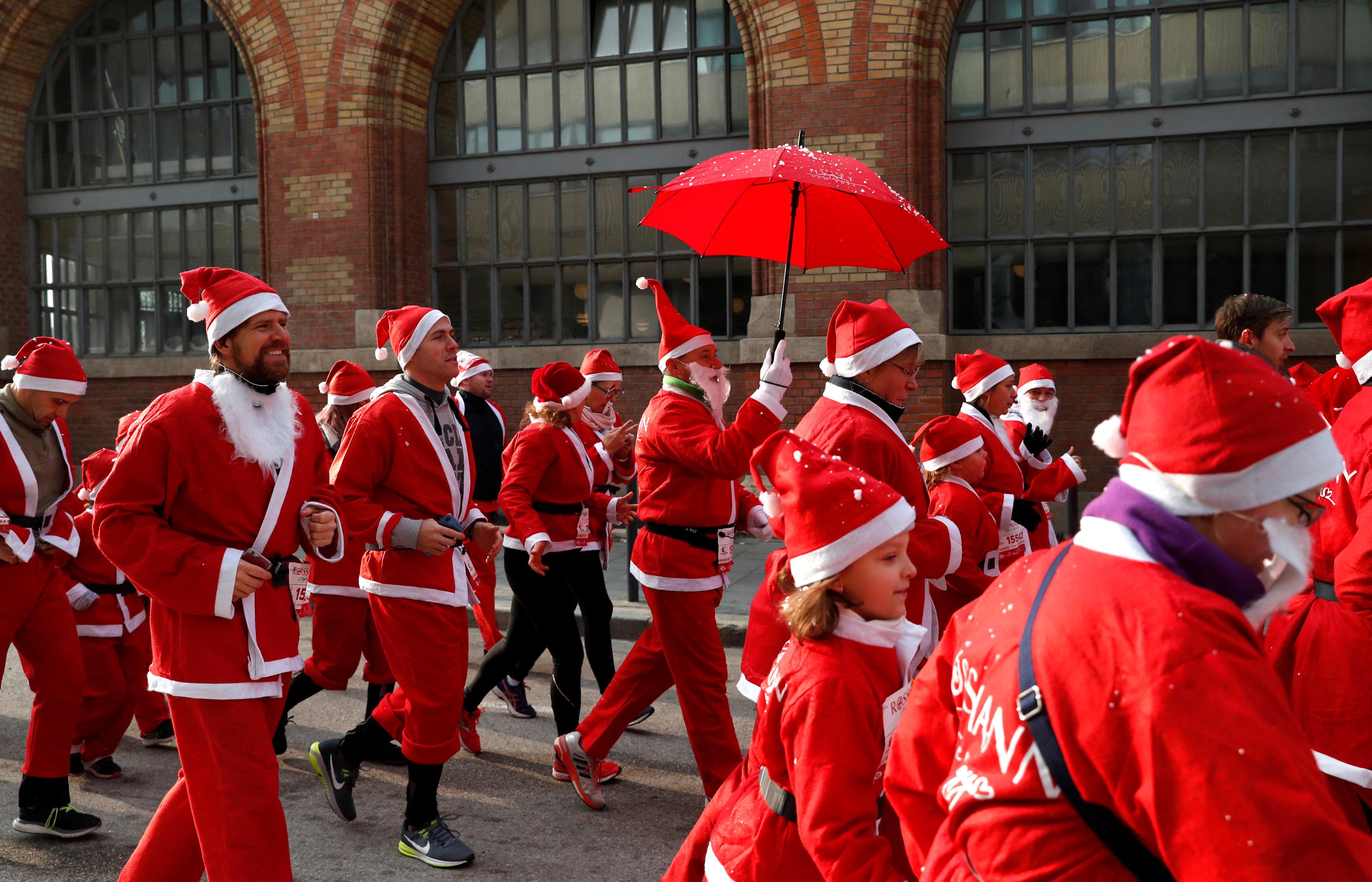 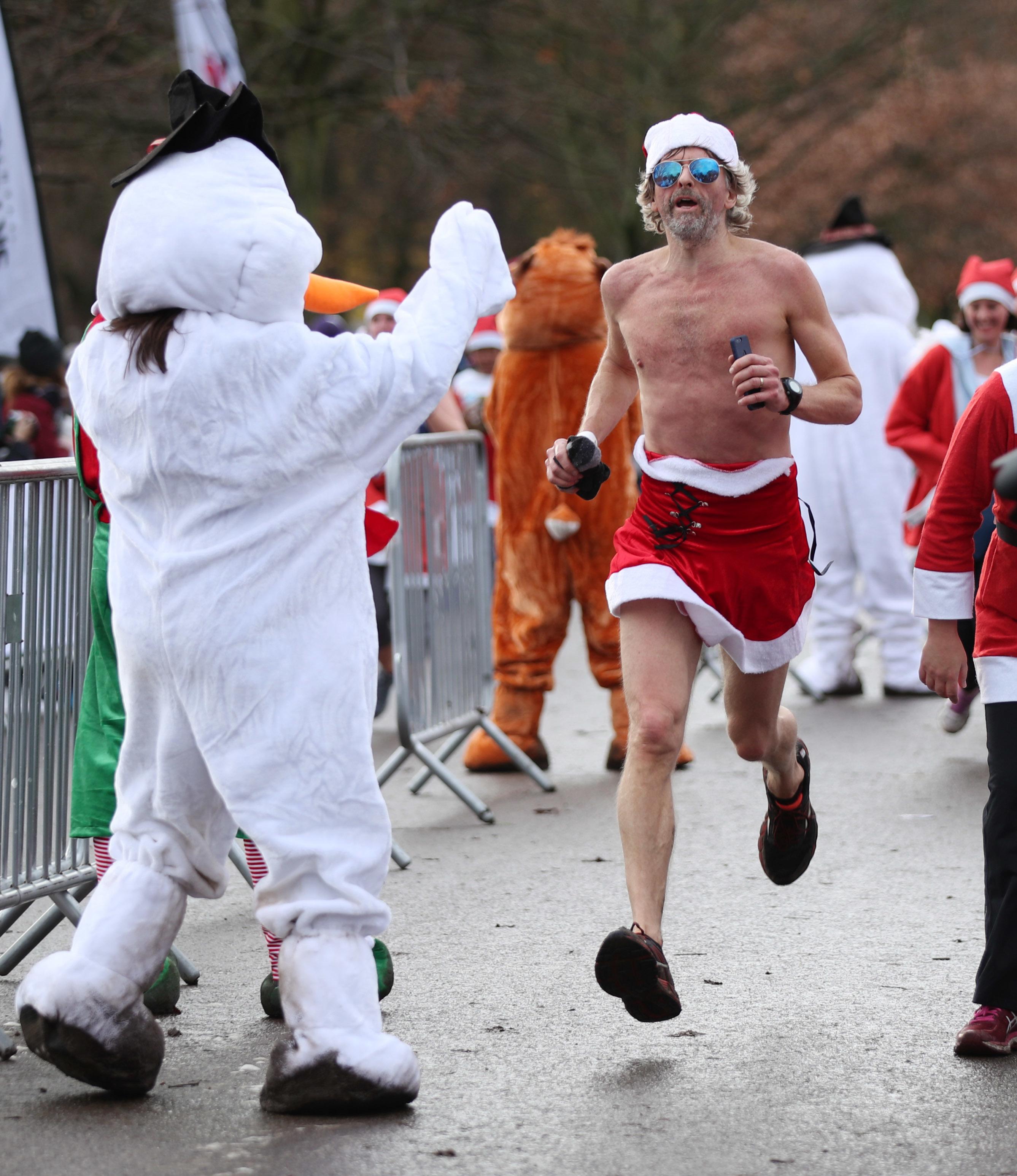 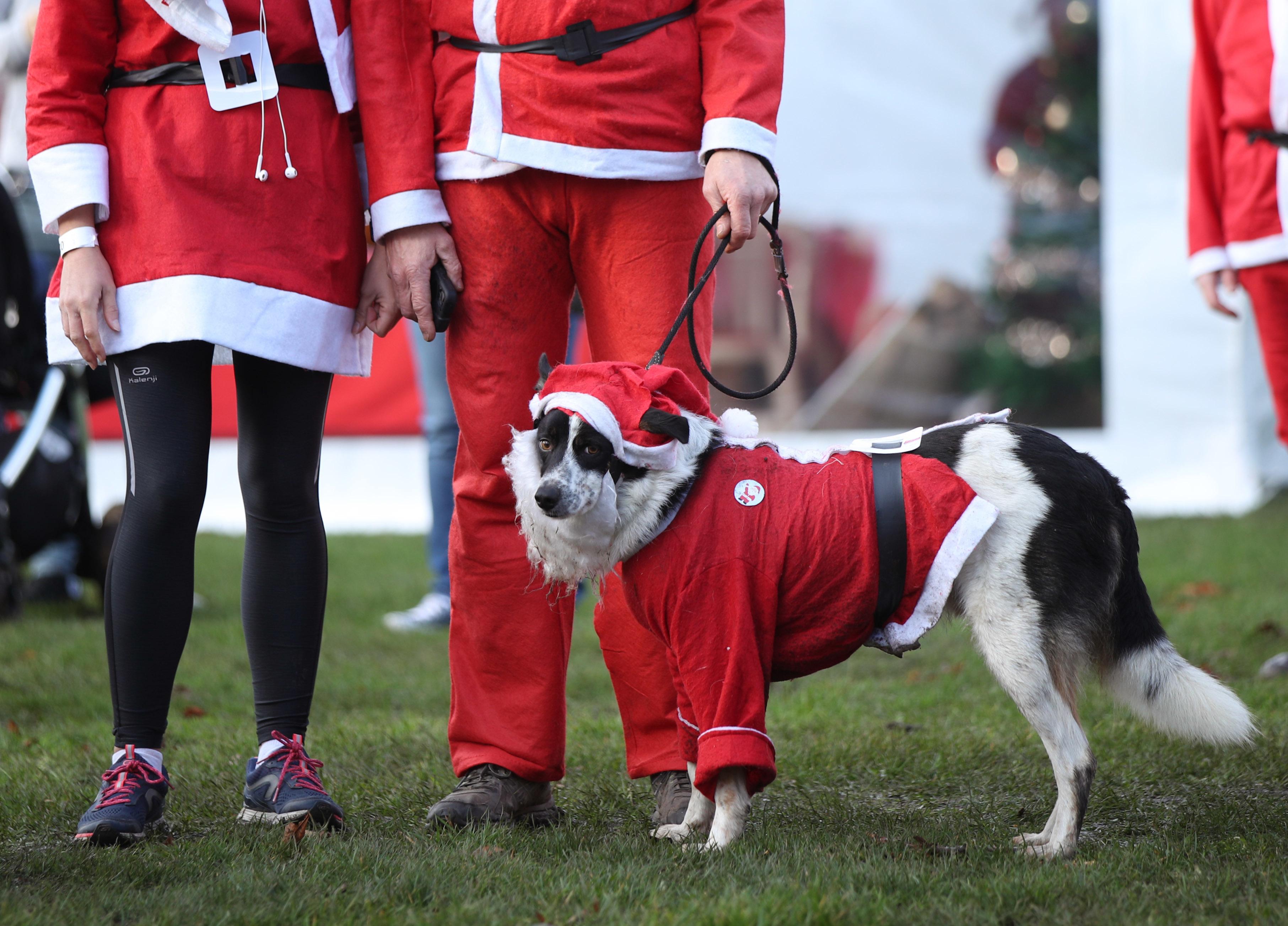 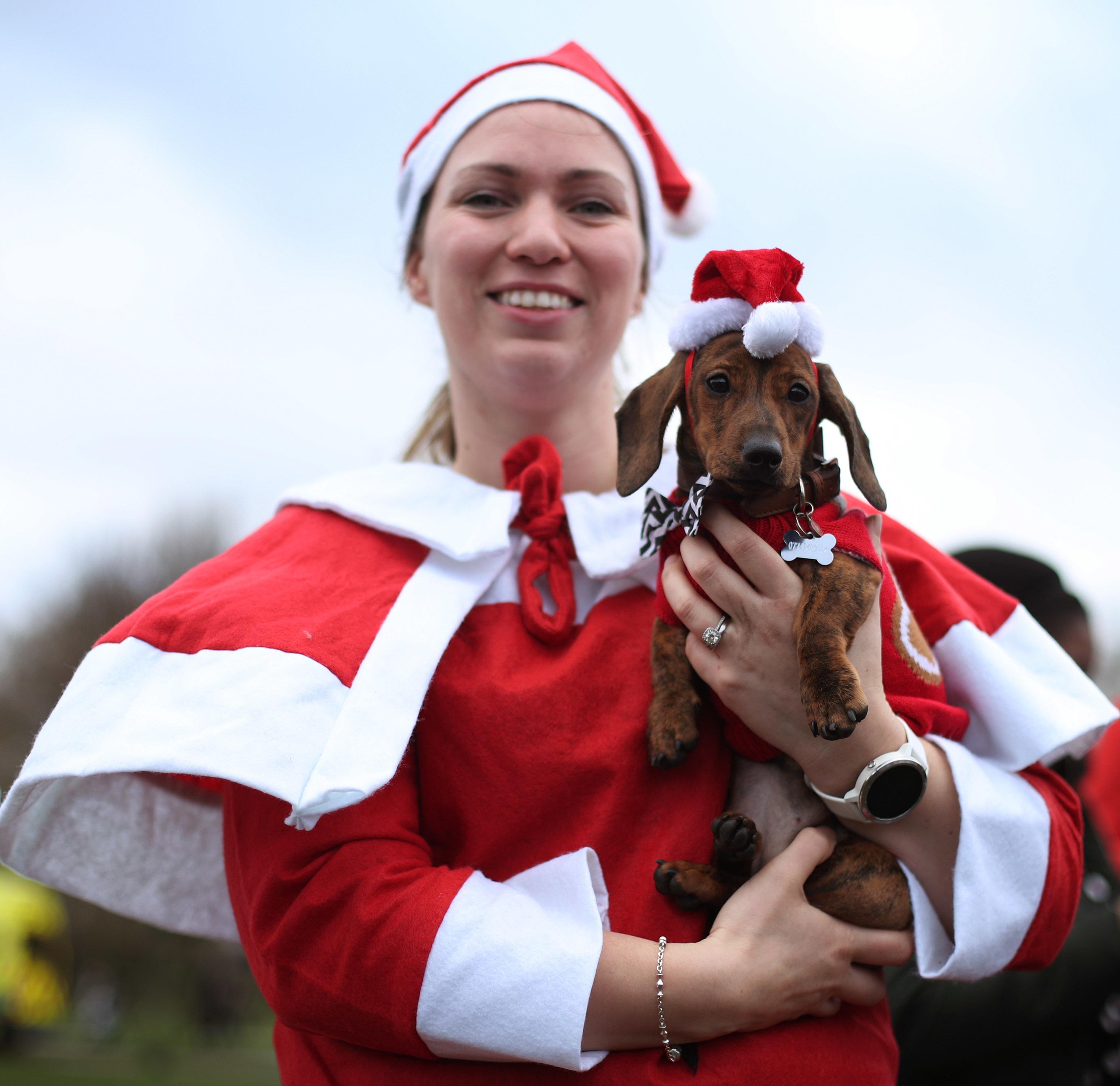 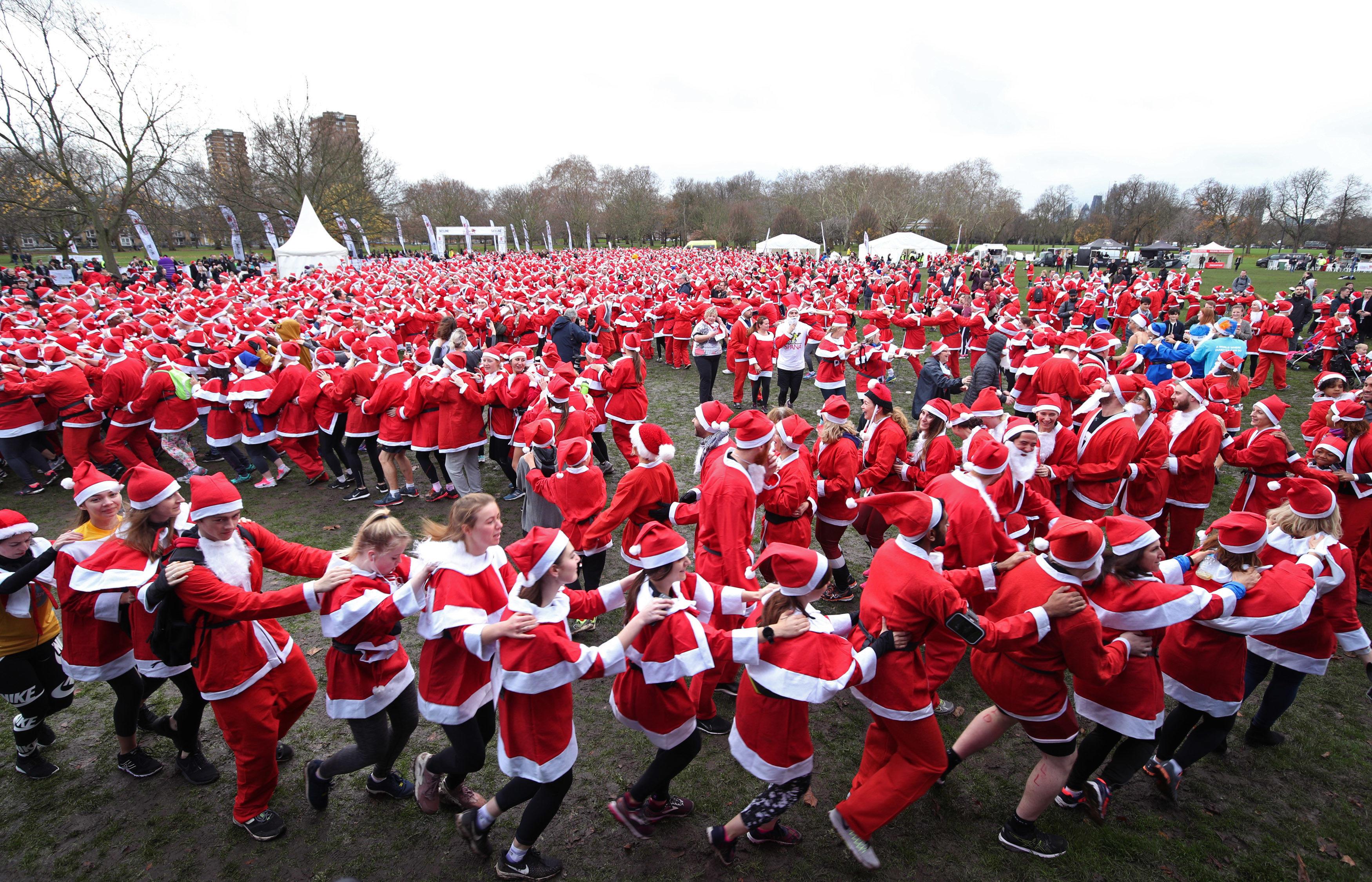 In east London's Victoria Park Santas of all shapes and sizes were snapped stretching before the big run.

At one stage around 300 participants spontaneously formed a human chain as they danced at the start line.

Some even dressed their dogs in festive gear and brought them along to the events, while braver Santas did the run topless in despite the chilly temperatures in the capital.

Creative types also crafted sleighs and brought elf helpers with them on the city centre runs. 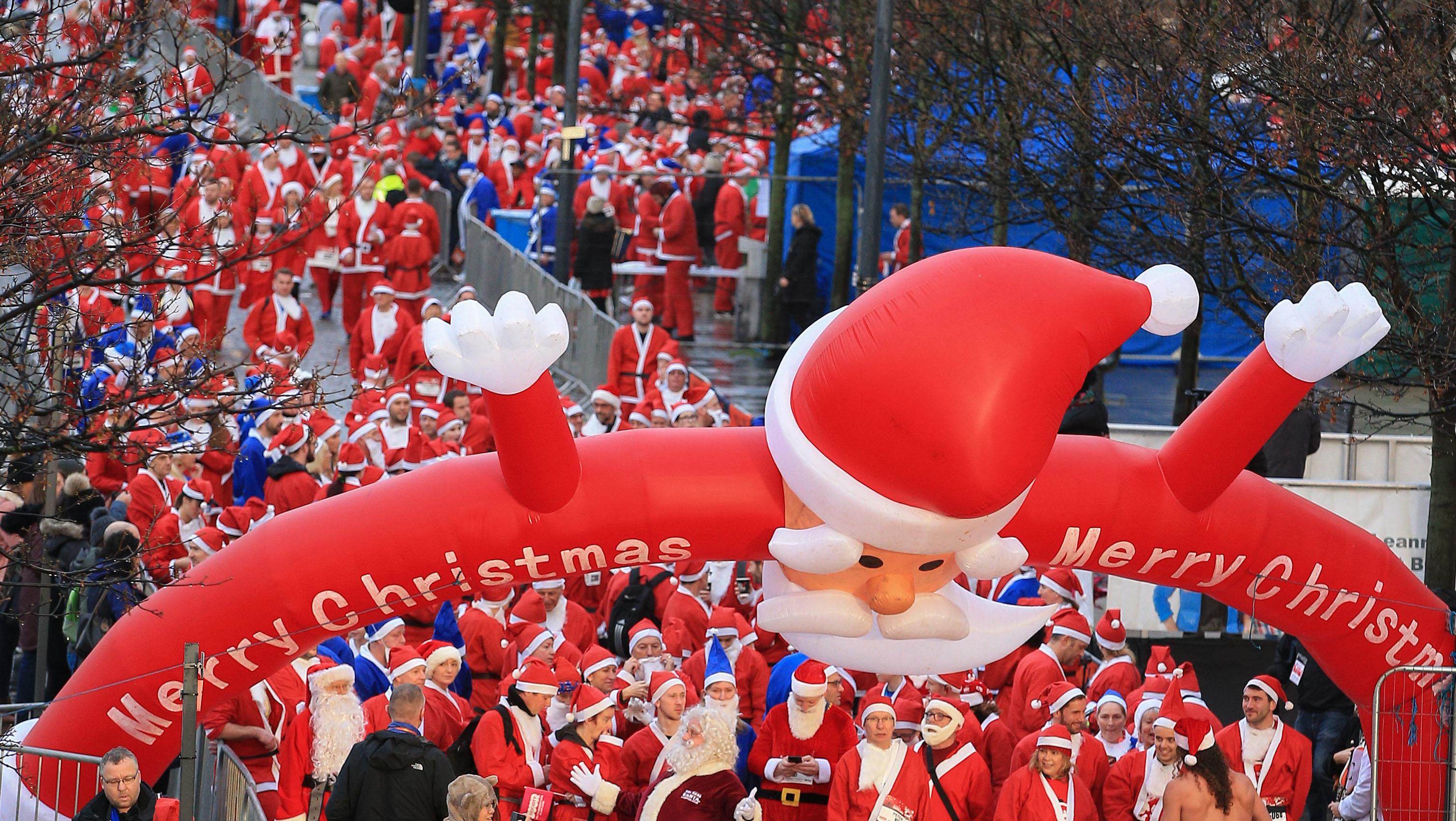 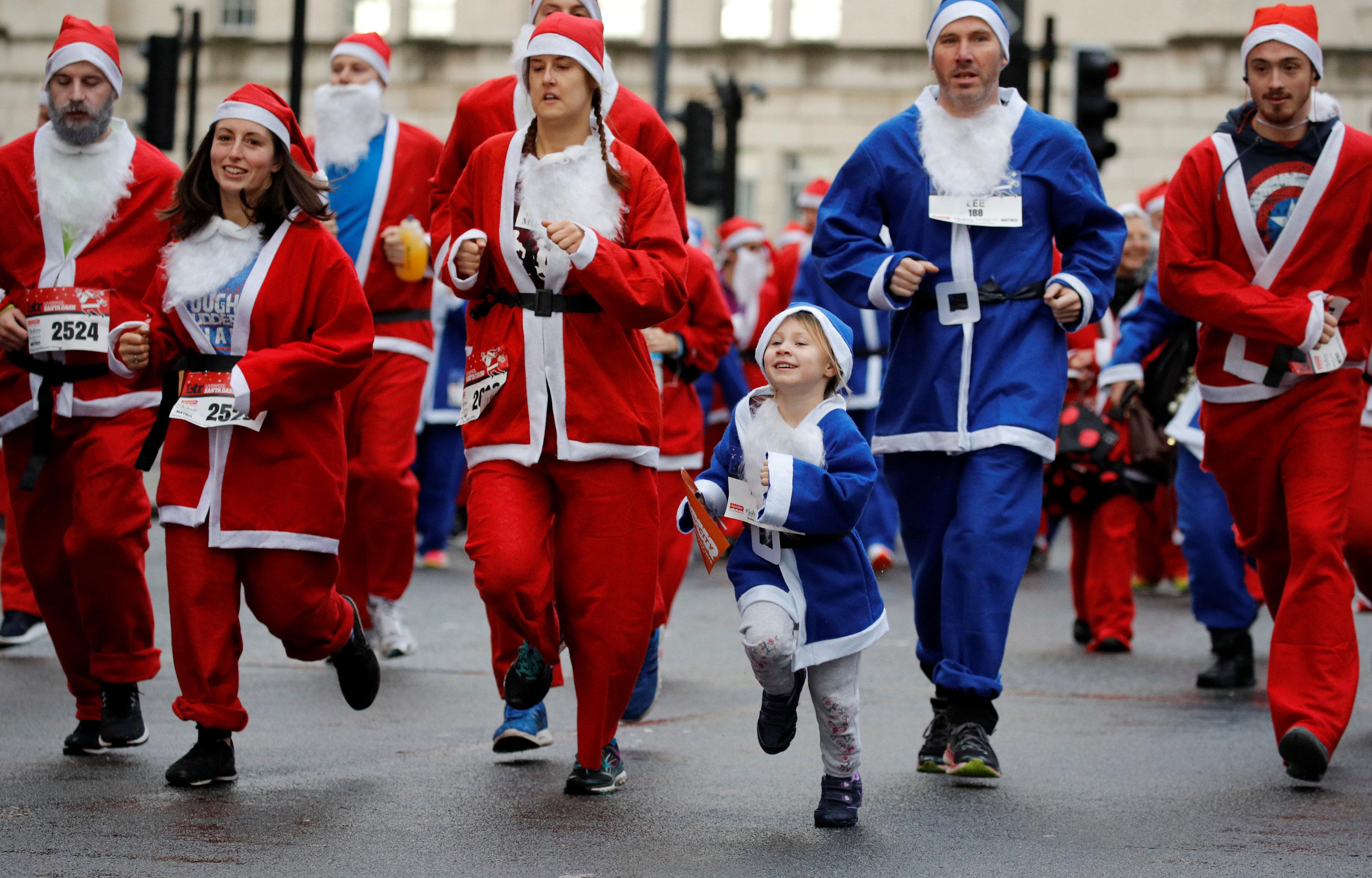 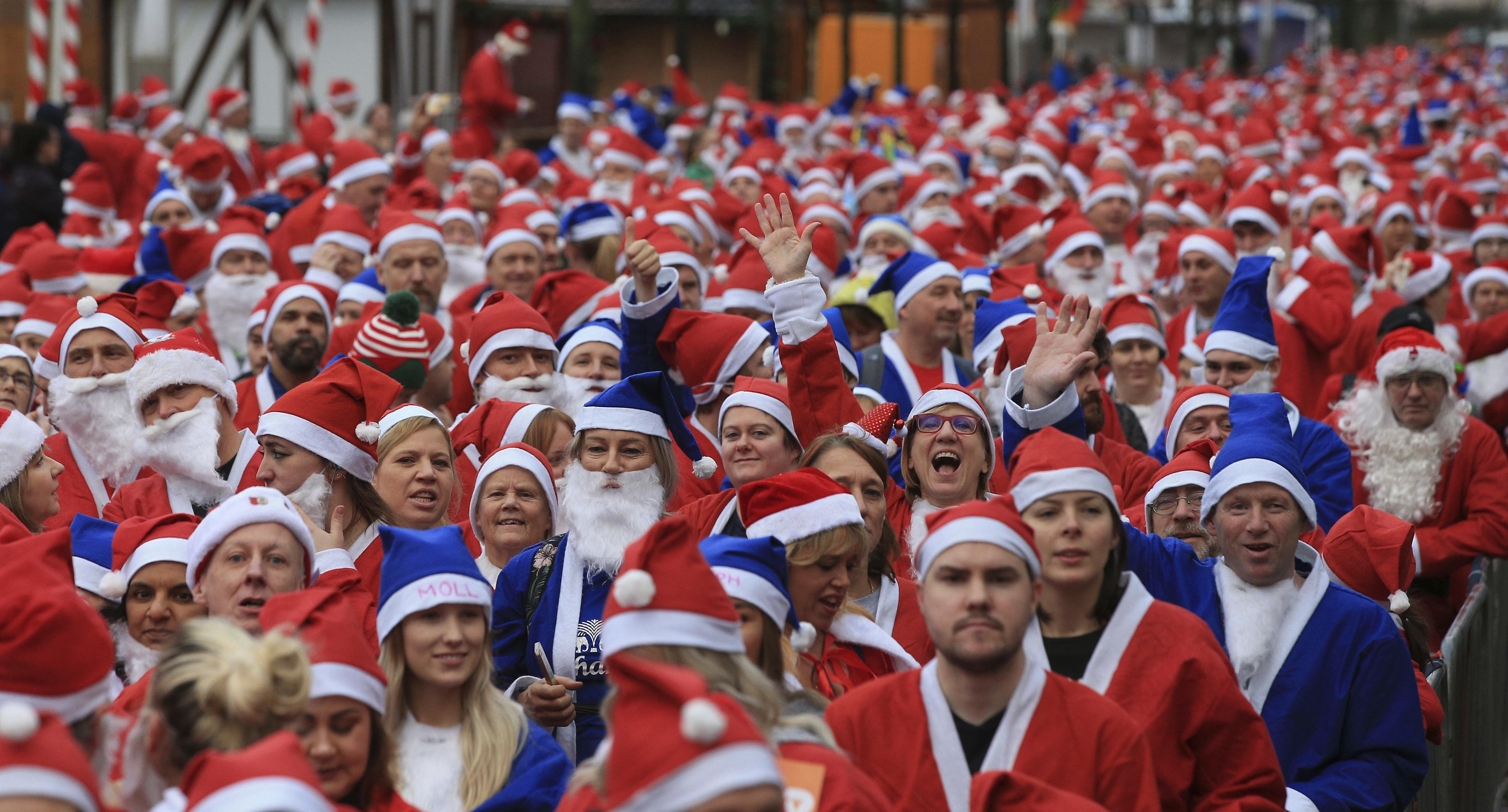 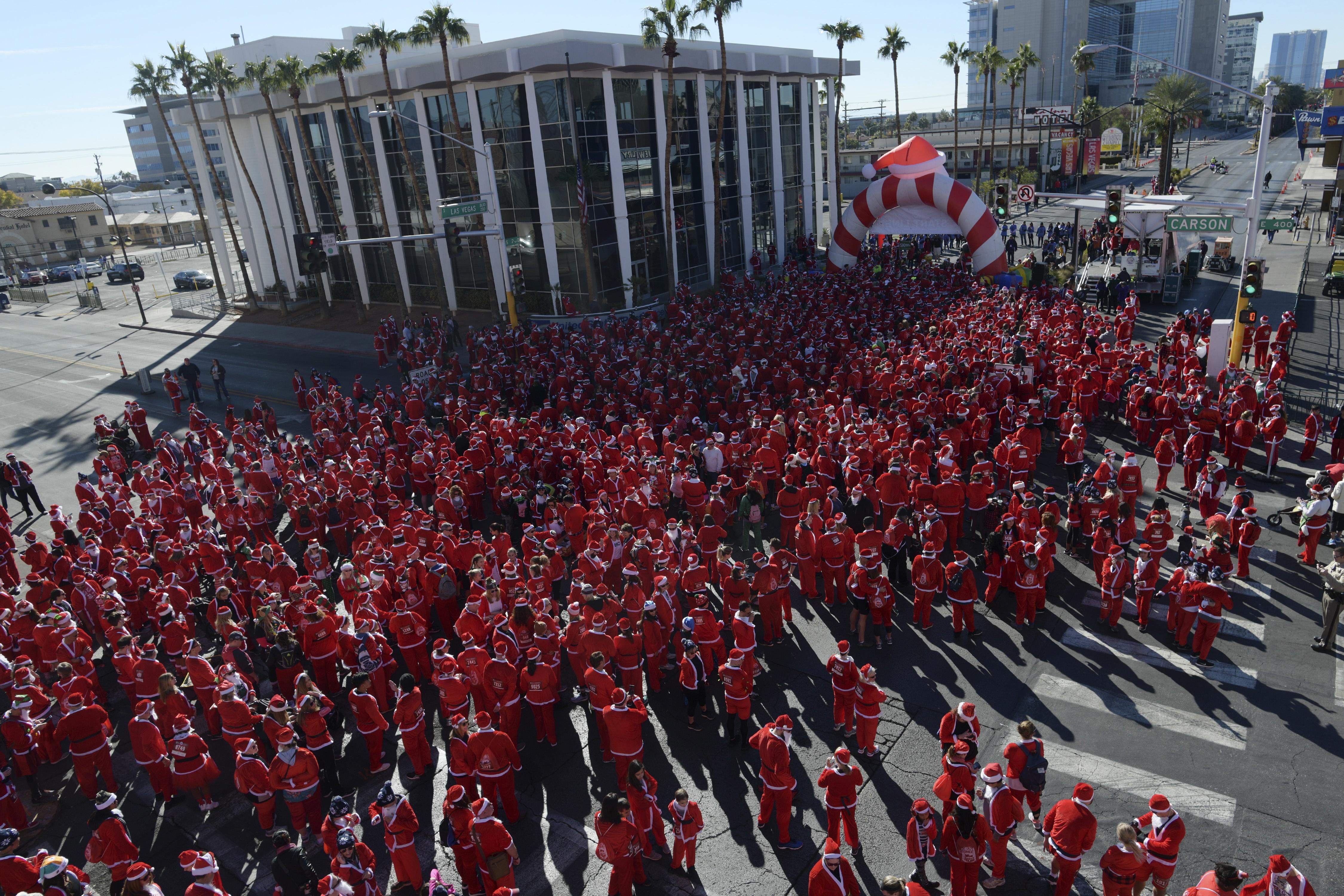 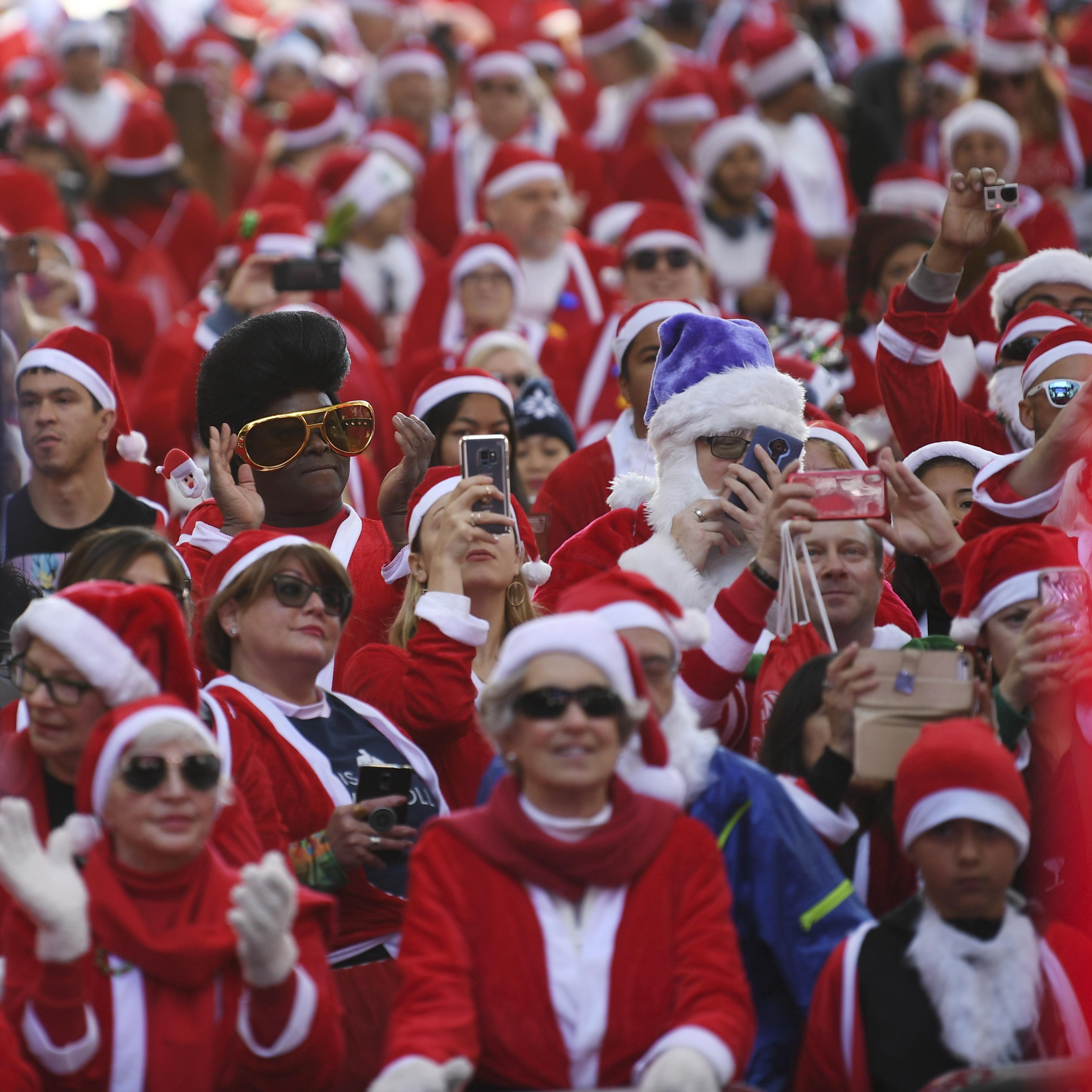 In Belfast, Santa in his sleigh kickstarted the event with a show for audiences in Wrtier's Squares.

Sponsored by construction and facilities management group Grham, the dash is organised by charity Cash for Kids, with everything raised supporting disadvantaged children across Northern Ireland.

All the runners were taking part in aid of a different charity causes.