A WOMAN who fooled the world into believing she had three boobs now wants to go under the knife and get a third breast for real.

Jasmine TriDevil, 25, claims she has found a surgeon willing to perform the unconventional surgery and is hoping to "make history" by becoming the first woman in the world to get a third breast implant. 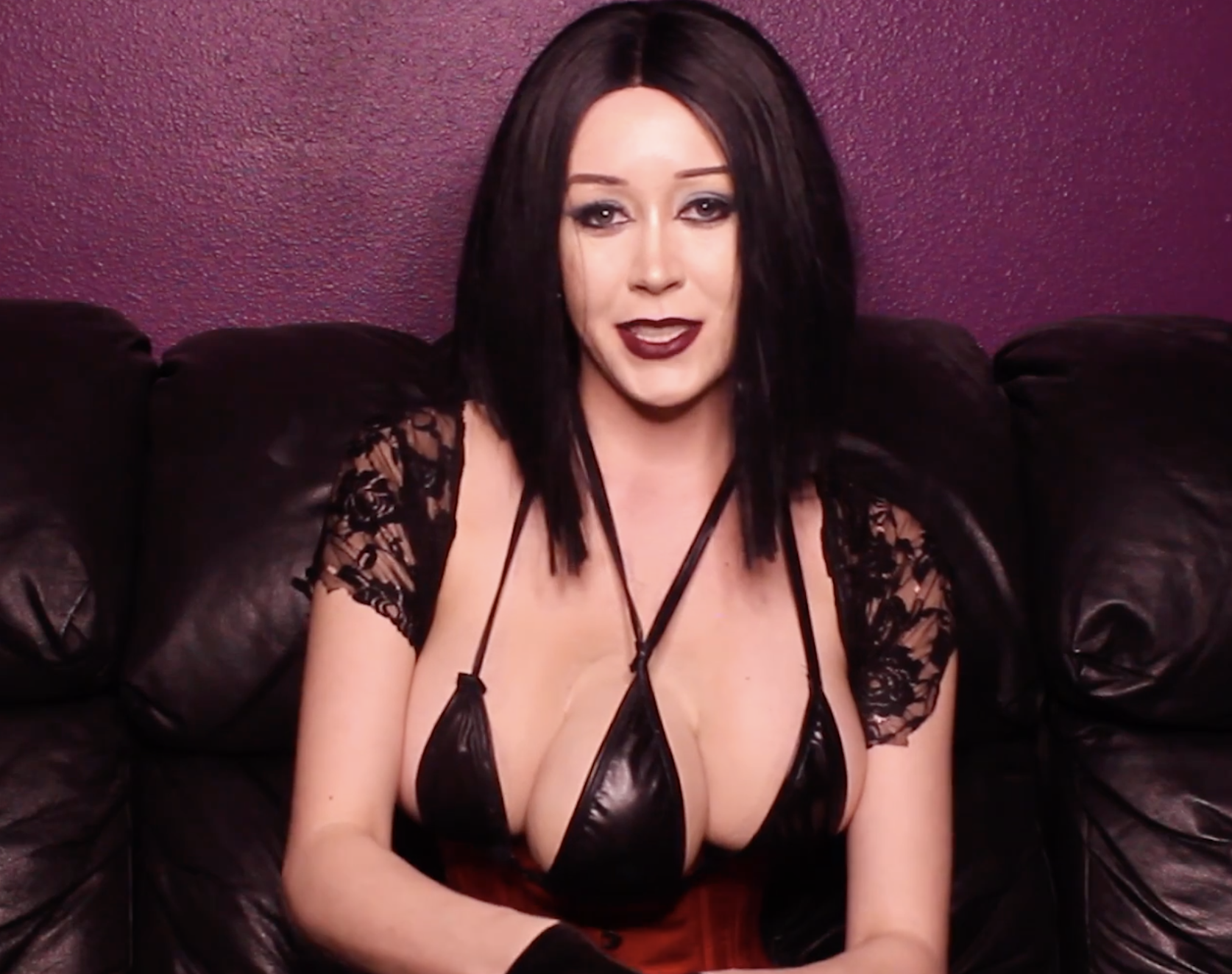 In an exclusive interview with Sun Online, Jasmine – whose real name is Alisha Hessler – revealed that after her hoax in 2014 she began wearing her prosthetic boob frequently and loves the way it feels.

Now a YouTube star with thousands of followers, Jasmine says she is sick of spending hours having her third boob attached by a special effects artist – and wants the real thing.

She put out a plea on social media to find a surgeon and is now hoping to raise $70,000 (£55,326) to pay for the procedure and related costs – and become a plastic surgery "pioneer".

She said: "Initially, I never took the three-breasted figure seriously, however, after wearing the prosthetic for so long, I have grown to adore the fantasy of having that body type. 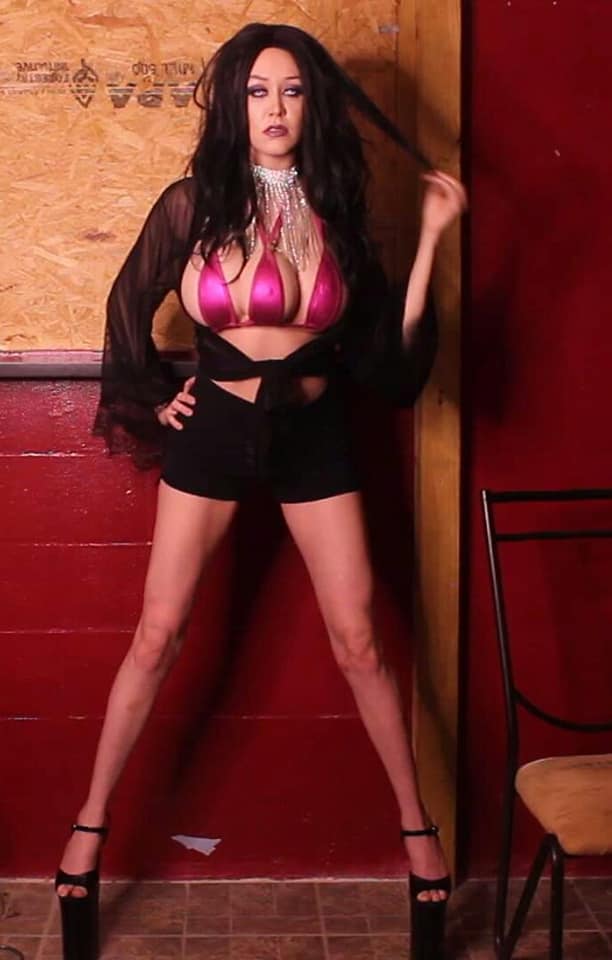 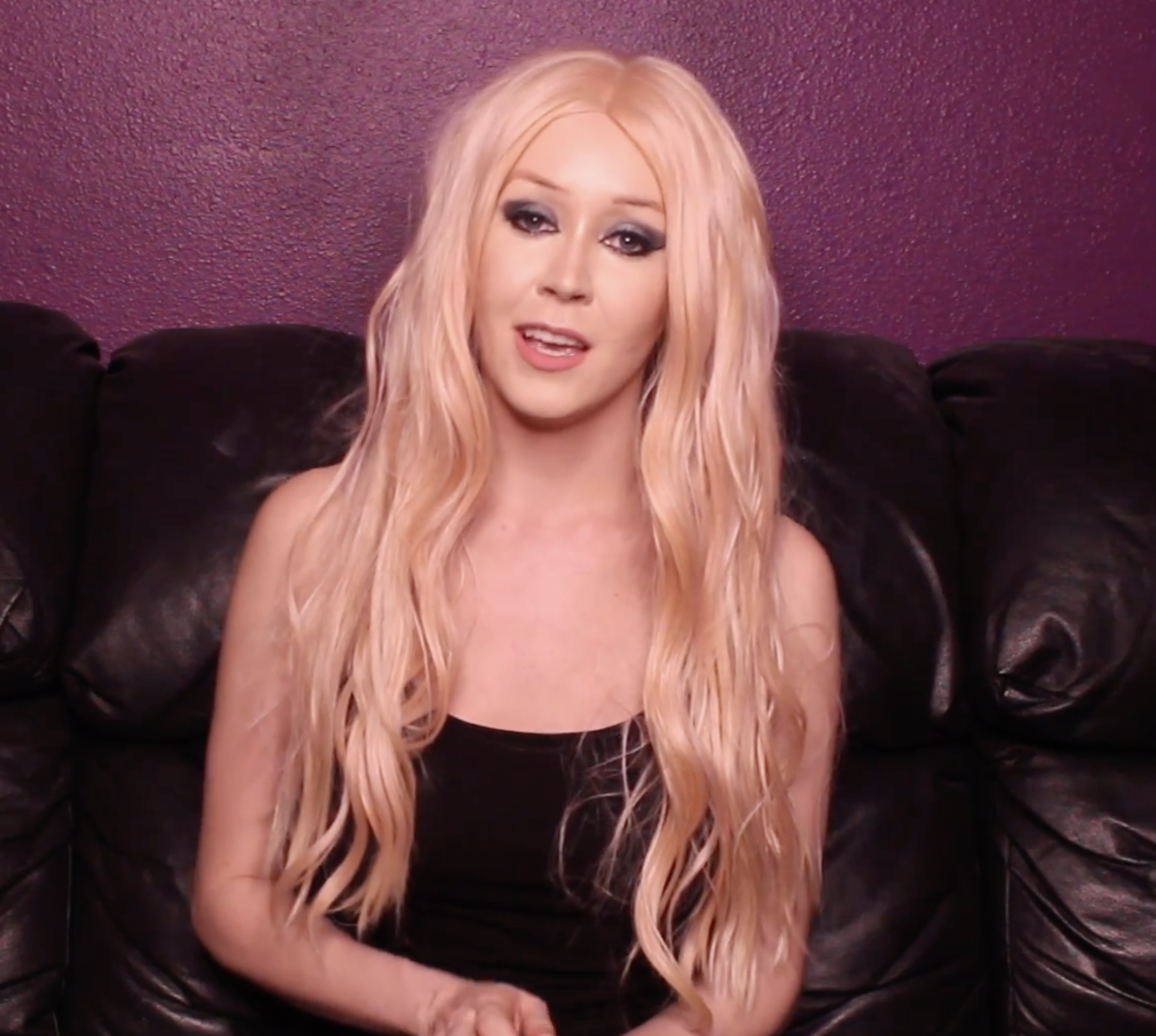 "I find something very appealing and seductive about the look.

"I receive much more male attention when I have the third breast. It seems that the average man finds it intriguing."

Jasmine said said "a small handful" of clinics replied to her plea but only two clinics agreed to give her a consultation.

Jasmine said the doctor at the first plastic surgery clinic in Florida was shocked by her request and declined.

But the second surgeon, who Jasmine is keeping anonymous for now, has agreed to perform the surgery for $50,000 (approximately £39,518) but only after she has undergone a psychiatric evaluation to prove she is sane. 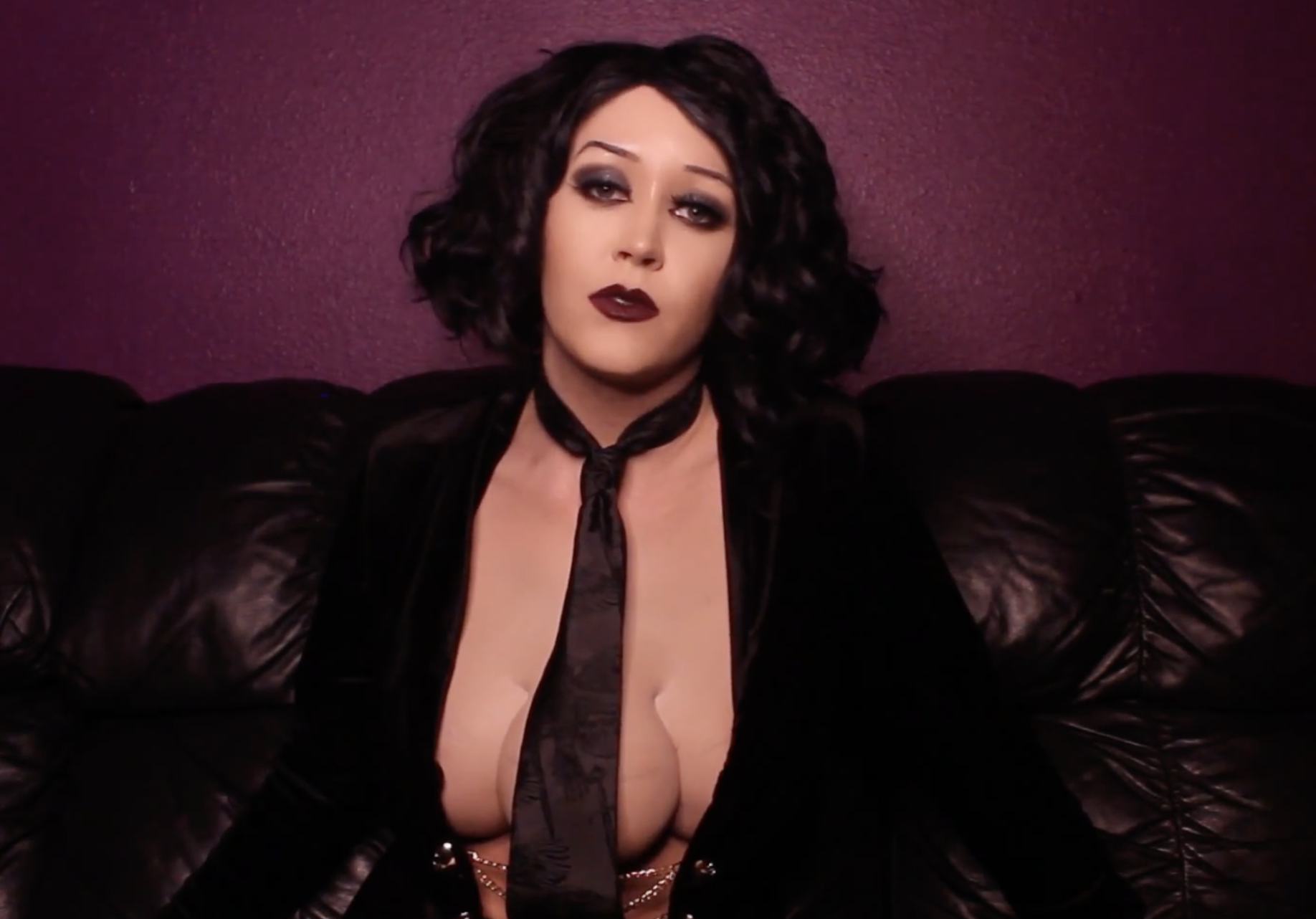 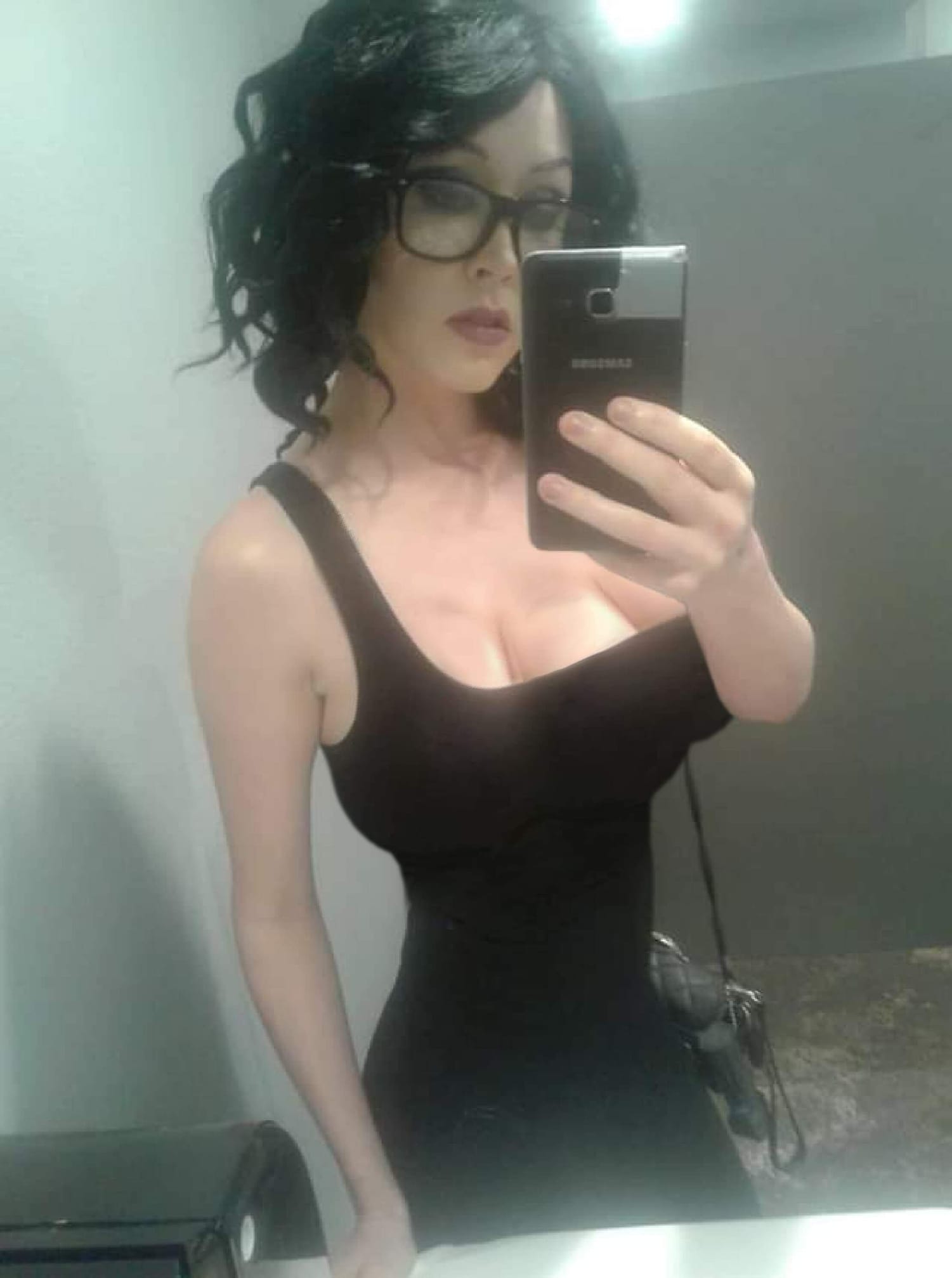 The doctor plans to add the third boob in two stages – the first stage will stretch the skin and then the second stage will involve adding the implant, according to Jasmine.

She has now launched a GoFundMe page in order to raise the $70,000 she says she will need for the surgery and for "emergency purposes".

"The surgeon is located in Miami, Florida and he says that he would approach this as he would with a patient with breast cancer, which would be reconstructive surgery," she said.

"First, he would have to insert a tissue expander. Then he would expand the tissue once a week. "Once it reaches it’s appropriate size, he would then proceed with the third breast implant surgery. "He would also insert a miniature implant for the nipple and finally, a tattoo for the areola."

Jasmine, whose real name is Alisha Hessler, shocked the world when she claimed to have had a third breast implanted into her chest back in 2014. 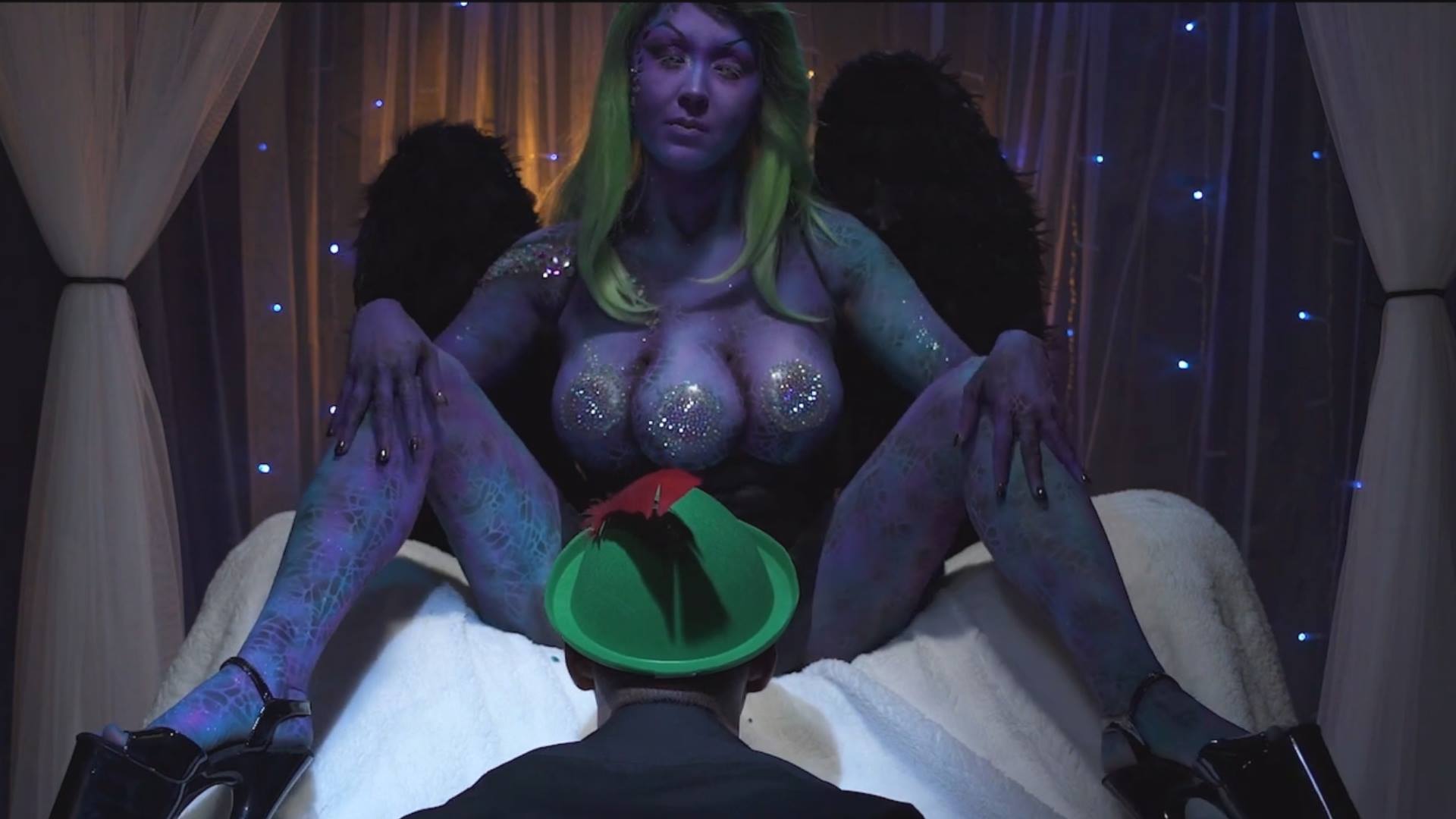 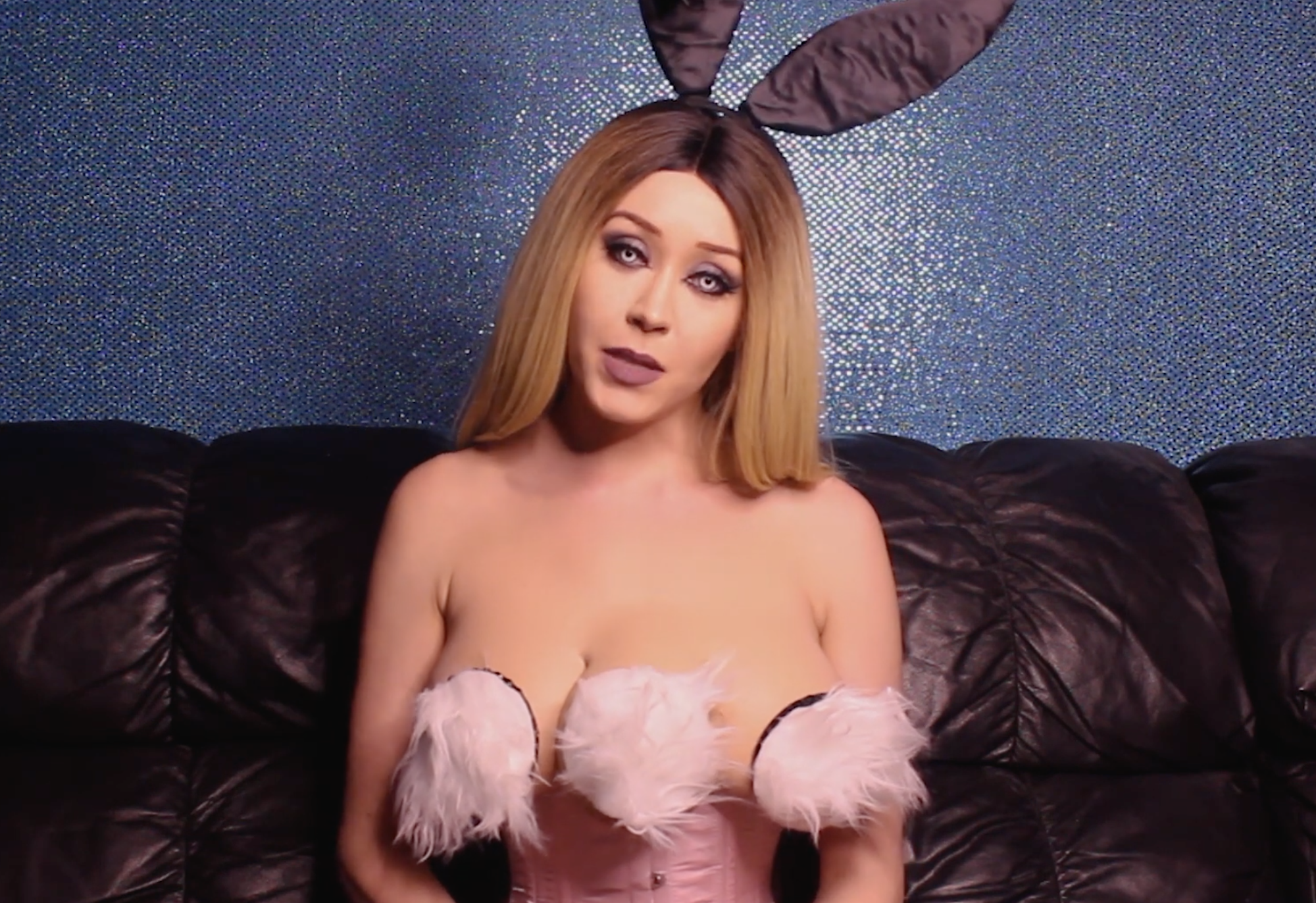 At the time she insisted she had fat removed from her abdomen to make the third boob – and had signed a non-disclosure agreement preventing her from identifying the surgeon who operated on her.

She was exposed when a TV crew used thermal imaging cameras to prove the extra breast was a fake.

Jasmine, who is a licensed massage therapist first got the idea for the third boob while giving one of her clients a massage.

"Back in 2012, my client mentioned how he plans to start a TV show about attractive women with large breasts.

"He invited me to be a part of his show. I enthusiastically agreed, however, he never pursued his plan. That was when my mind began to wander. 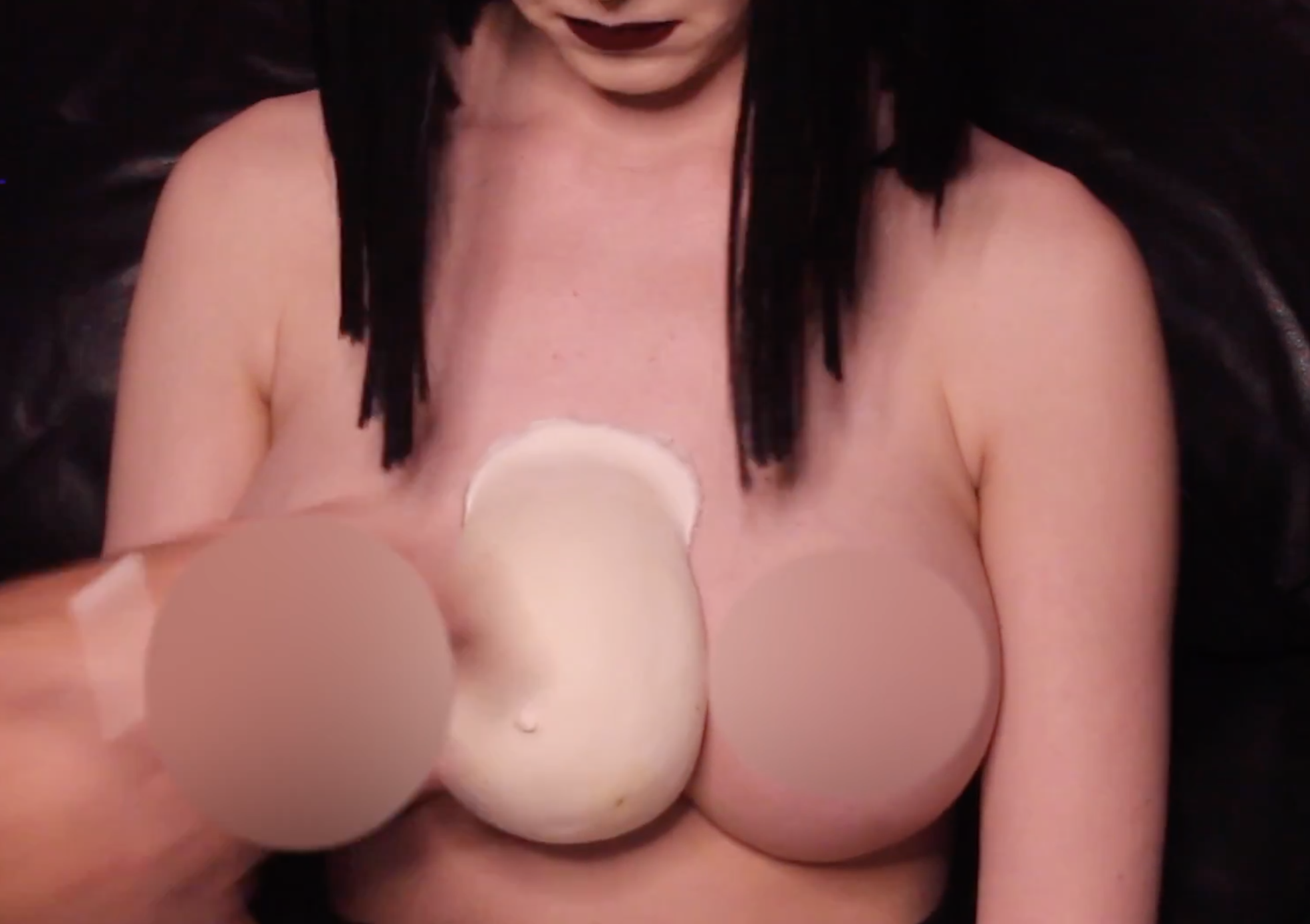 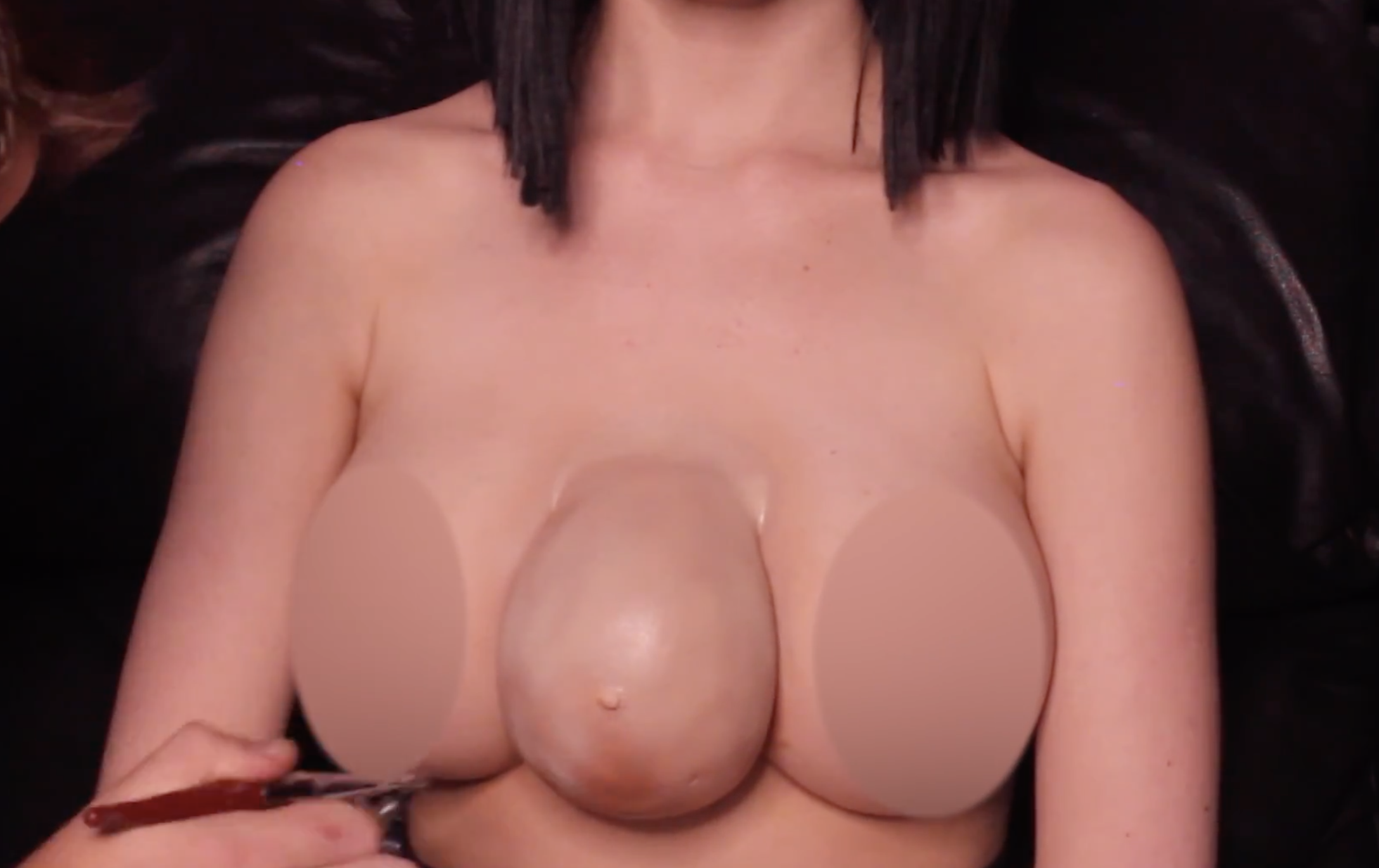 "I wanted to start my own TV show but felt it needed a little more… ‘flavour’. So the idea of a show about a three-breasted woman unfolded in my imagination.

"I was not surprised that my hoax initially fooled everyone. That was the whole plan!

"However, I was surprised at how fast it happened. It had went viral overnight. I had predicted that it would take a little longer than that."

Now Jasmine is very open about how she gets her unique look – and has even posted videos on her Youtube channel showing her special effects artist Karl Huber applying the prosthetic boob, then using make up to create a realistic look.

"Karl had replied to a Craigslist ad back in 2014 and has been my artist ever since.

"He begins by baking the prosthetic in the oven for approximately 5 hours.

She has over 6,500 followers on Youtube who watch her sporting three boobs and video blogging on topics such as "How to dominate your boyfriend" and "unboxing kinky toys". 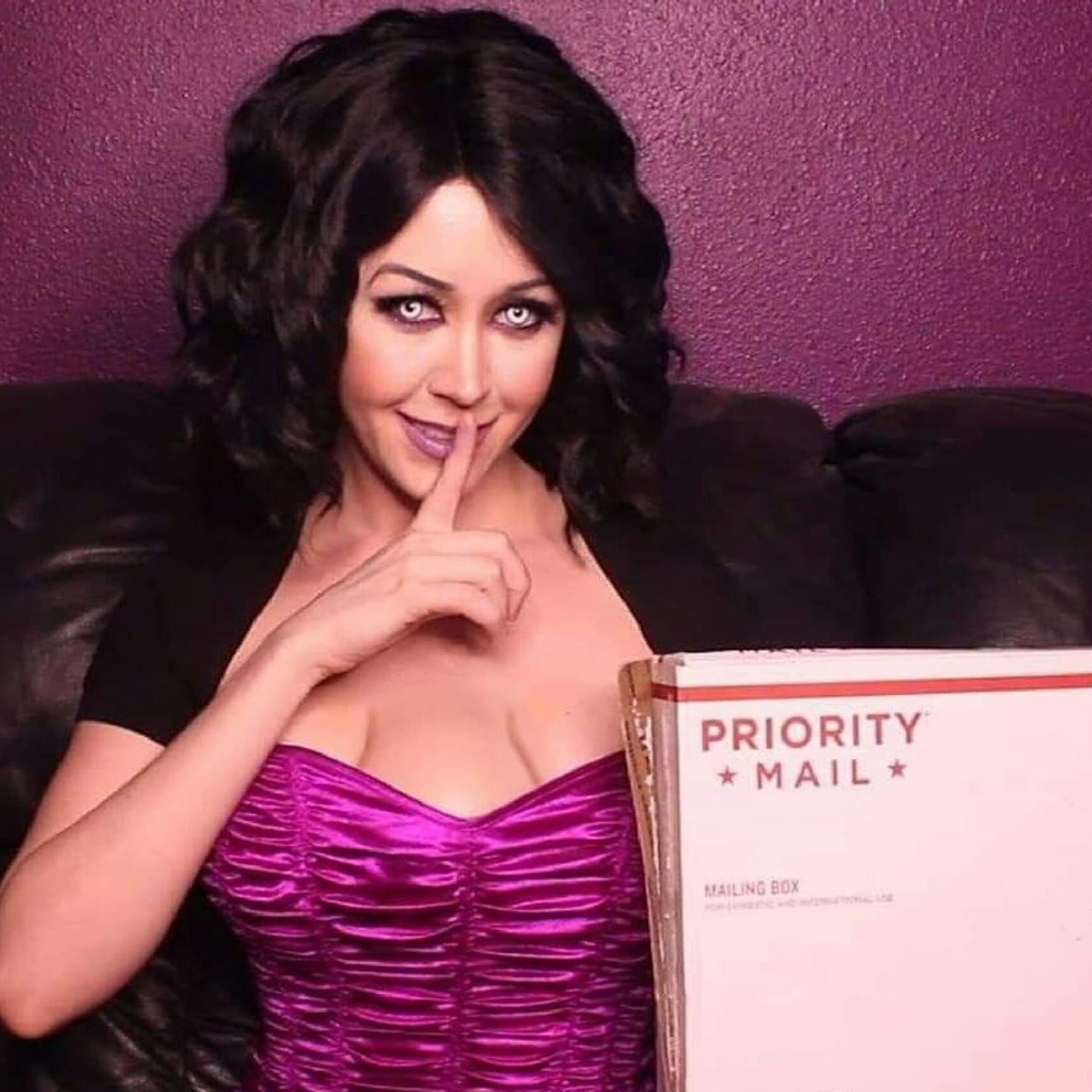 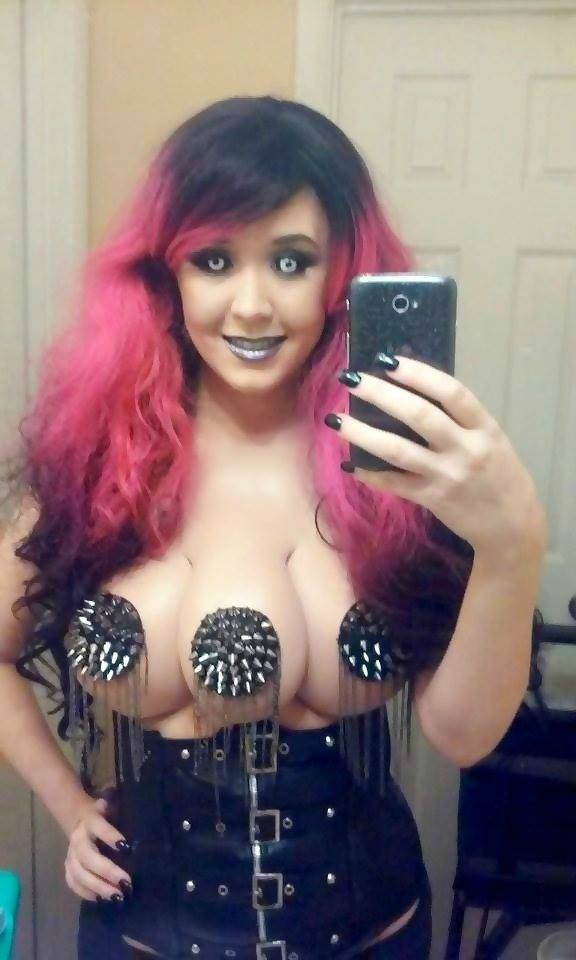 Jasmine, who is currently single, has only once wore the prosthetic in bed with one partner, and her exes were never over-keen on the third boob.

"I have only worn it during sex once when the hoax was still not revealed.

"I couldn’t trust that the guy I was seeing would keep a secret, therefore, I wore it with a t-shirt on while we were intimate.

"Currently, I do not have a boyfriend but my exes in the past were very neutral to the idea."

Jasmine admits to getting a "lot of hate" about her third boob  – and has even fallen out with family members over it.

But she says – she says the mean comments do not "phase" her.

"My grandparents disapproved the third breast to the point where we have minimal contact to this day.

"My father and sister do not support it, but they will not disown me regardless of what I decide to do with my body.

"I feel that if you want to achieve proficiency in the entertainment industry, then you must be prepared for negative attention.

"It would be unreasonable and foolish to not expect some hateful followers. It is a privilege to be an entertainer and I will gladly accept both the advantages and disadvantages.

"Hateful comments do not phase me. I look at it as progress.

"Marilyn Manson couldn’t have said it better, when he said, 'I've always measured success not only by the amount of people that love you but the ones that hate you too.'

"My ultimate dream would be to have a successful third breast surgery and then utilize the exposure to focus on my music career and go on tour."