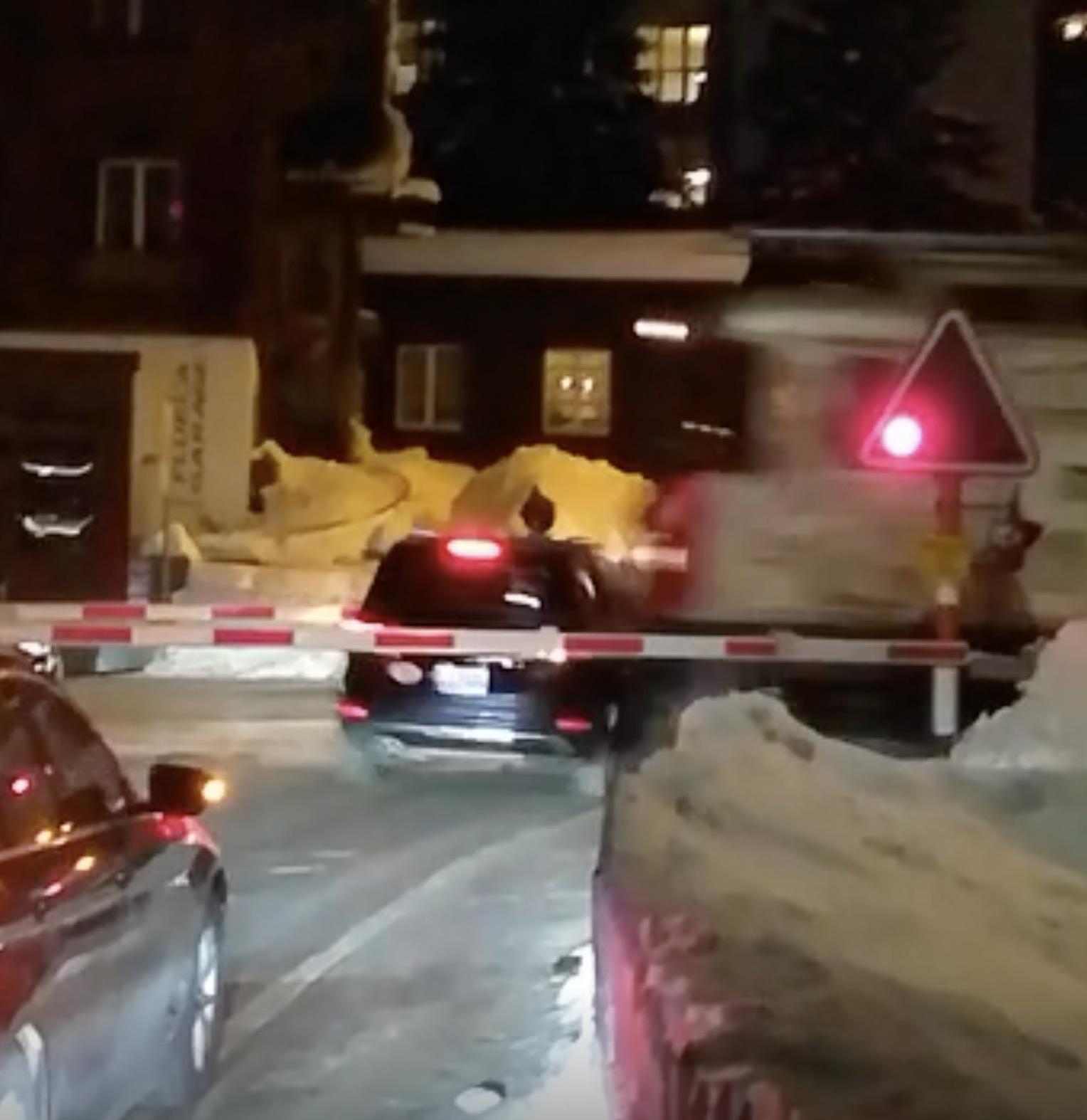 Footage of the incident shows the the moment of impact after the locomotive desperately sounds its horn before ploughing into the Volkswagen.

It is understood the car got caught between the two barriers because of traffic build up around the tiny Swiss town of Davos which is hosting the summit of world leaders and business chiefs.

Apparently the driver attempted to move off the level crossing but the tyres began slipping on the ice.

Meanwhile all the terrified people in the car could do passengers was to brace for the impact of the train. 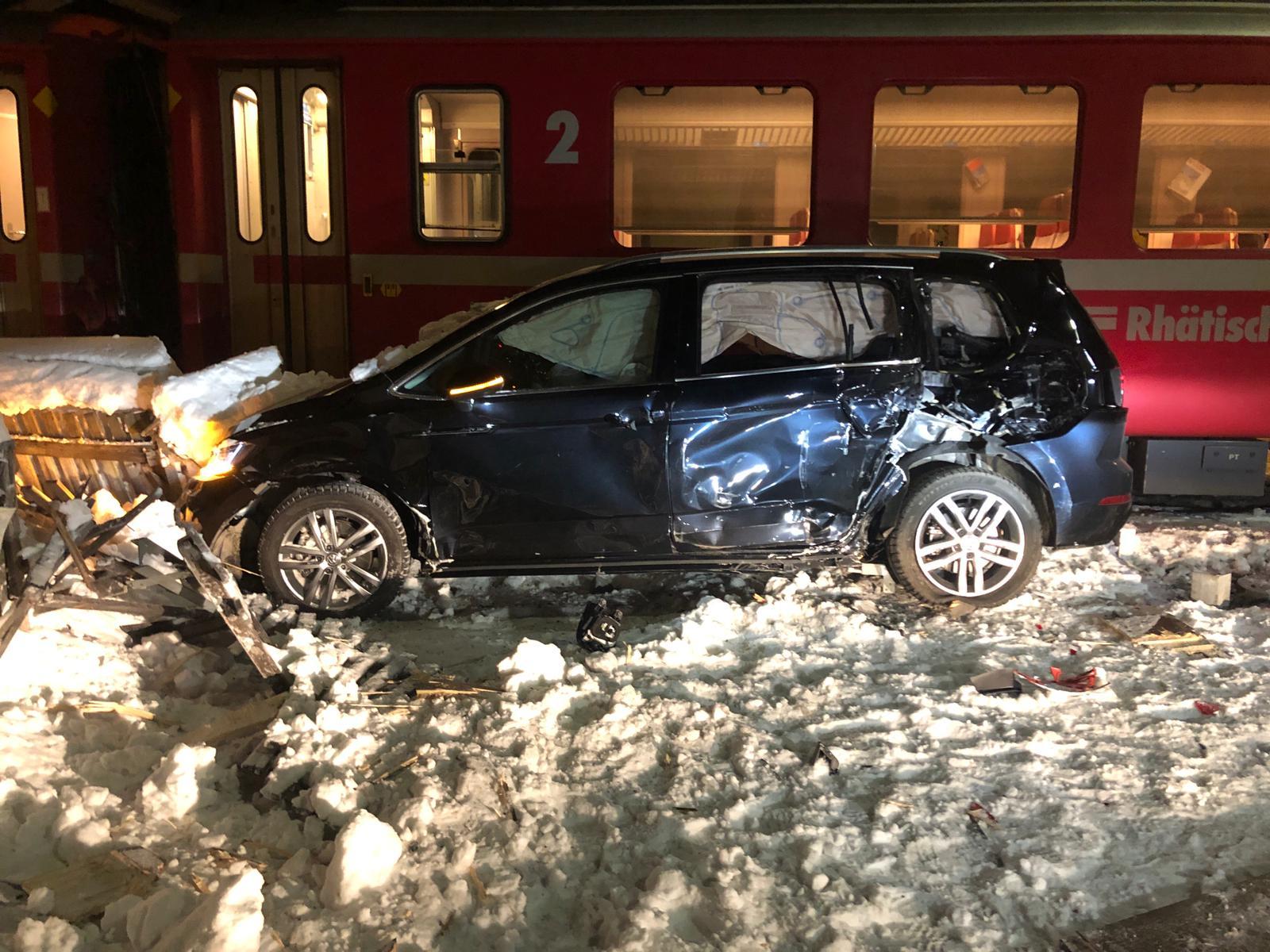 Fortunately the car was pushed to the side of the tracks by the train which spared it being crushed.

The incident occurred on Tuesday but footage of the drama has only just emerged.

According to the Daily Mirror, the people in the car were British businessmen who were attending the World Economic Forum and all escaped injury.

But despite surviving being crushed one of those inside could not get out because the child lock was on.

Once the two passengers in the front freed themselves, they were said to have been forced to go back to rescue and remove the third person.

This year's summit theme is Globalisation 4.0: Shaping a New Architecture in the Age of the Fourth Industrial Revolution.

On the first day of the WEF in Davos, Prince William interviewed Sir David Attenborough, discussing a range of issues including glaciers, filming challenges and plastic pollution.

After congratulating Sir David for winning the crystal award from the World Economic Forum, he asked how the world had changed since he started his broadcasting career in the 1950s.

According to the Guardian, Sir David said that back then, the world felt unexplored and exciting, particularly when visiting the Tropics for the first time.

The annual summit in Davos started on January 22 and will conclude tomorrow.

For nearly 50 years, world business and political leaders have headed to the small Swiss village to discuss the future of the global economy with the collective mission statement of the organising body, the WEF, to "improve the state of the world". 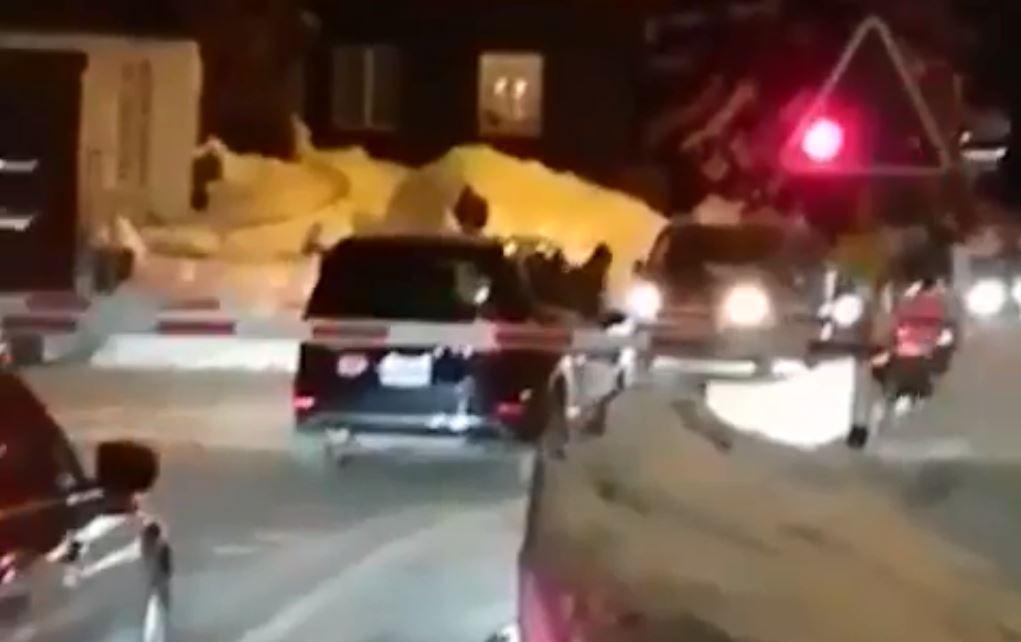 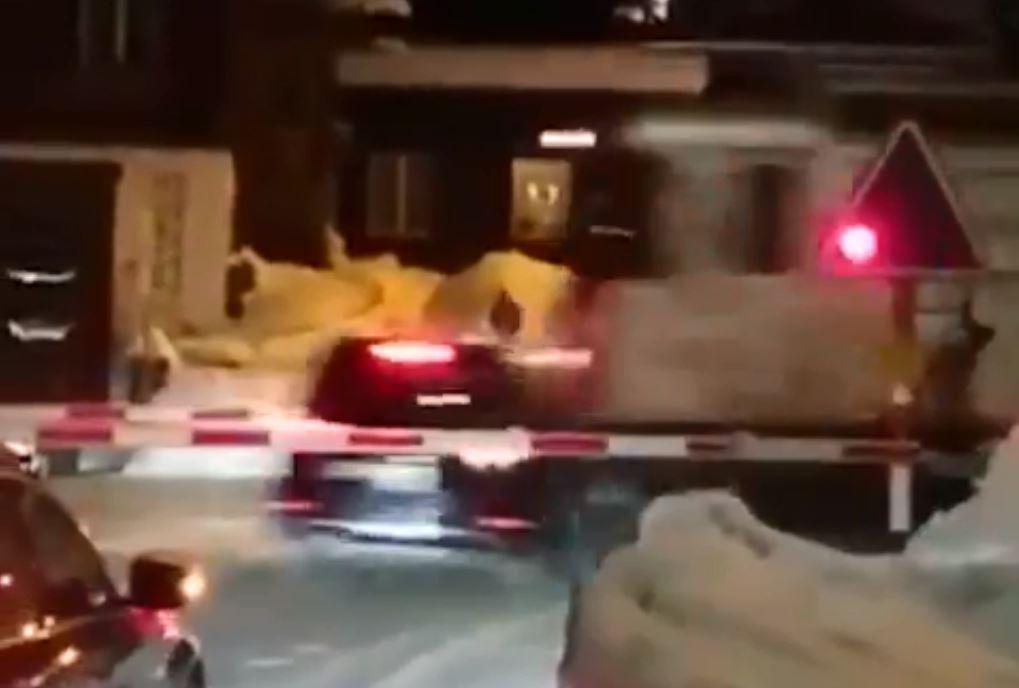 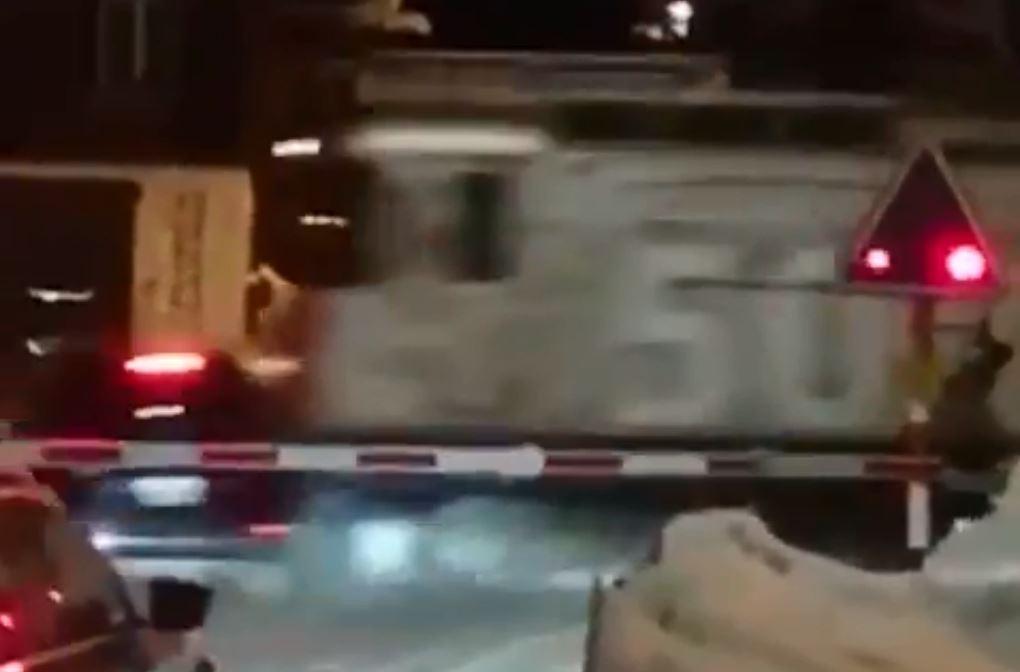