Rescue workers launched a desperate search for survivors who were reportedly heard crying out for help in the rubble of the collapsed building in Chelyabinsk, central Russia. 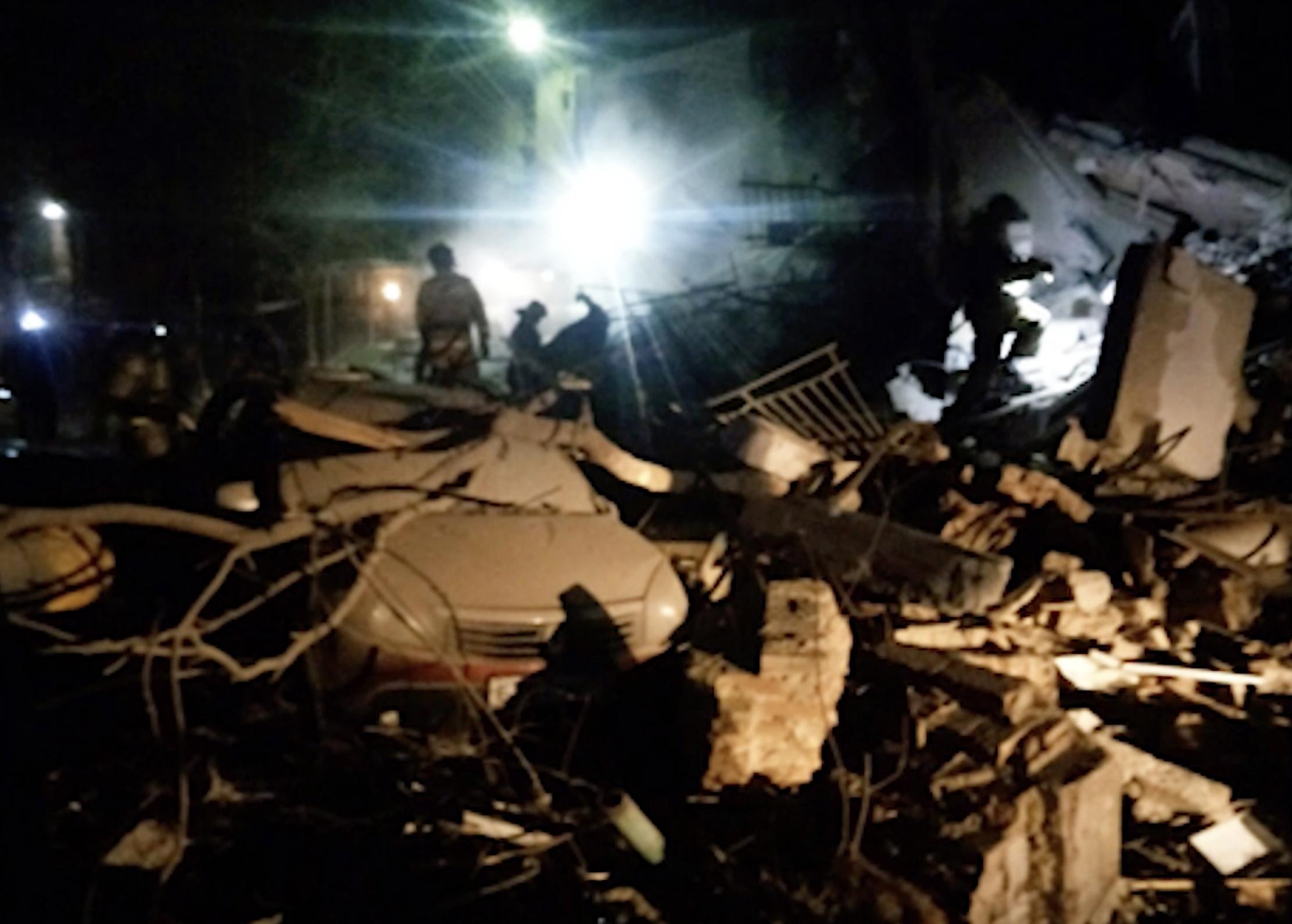 Several hundred rescuers were scrambling to pull adults and children from the debris after the building collapsed “like a house of cards”.

Three people were confirmed dead in the tragedy, but the toll is expected to rise with 79 people still missing.

Deputy Chelyabinsk governor Oleg Klimov said: "Three alive and three dead were taken from under the debris. The fate of 79 people is unclear.”

All those killed were adults, he said, adding that three injured, including one child, were taken to hospital. 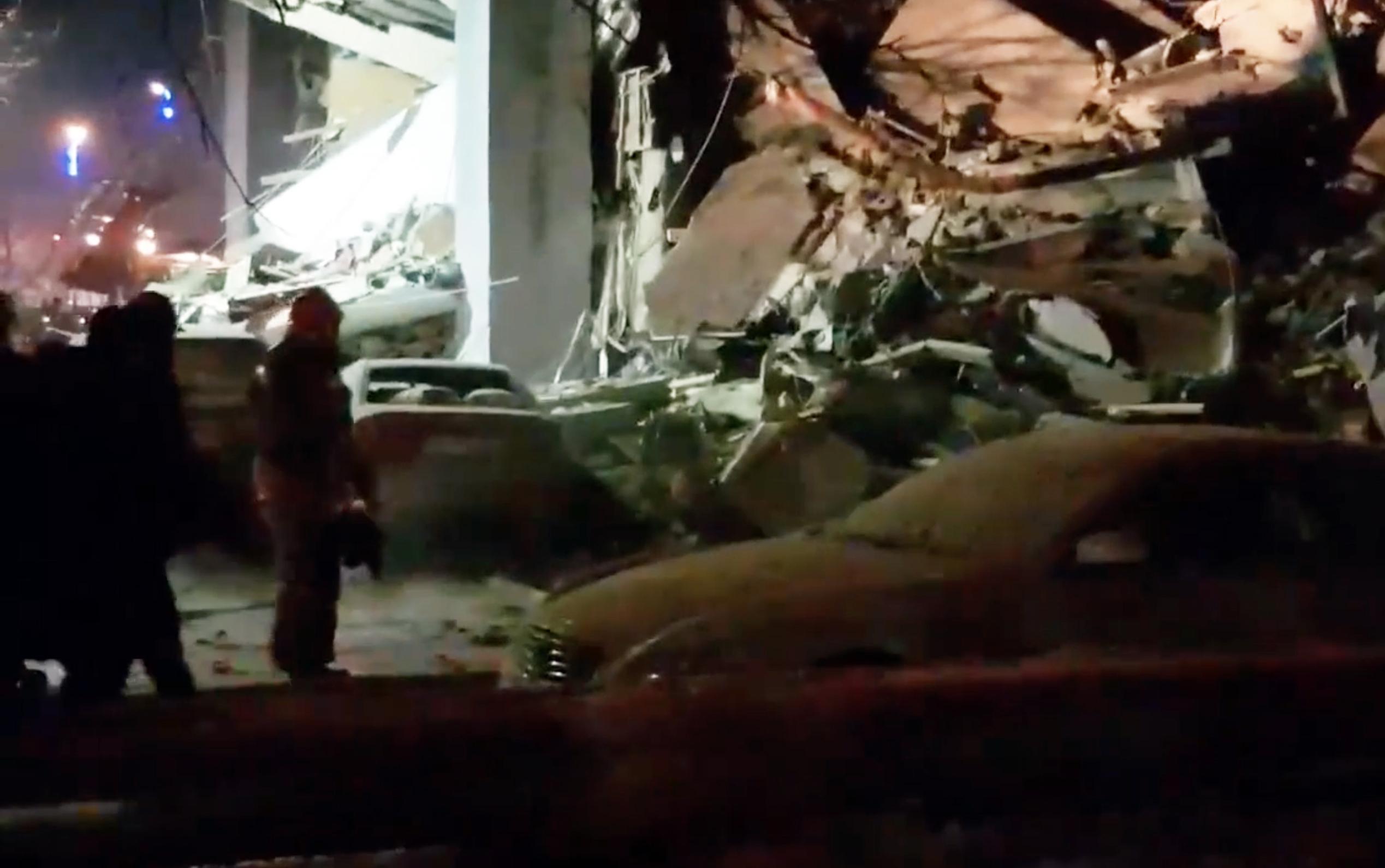 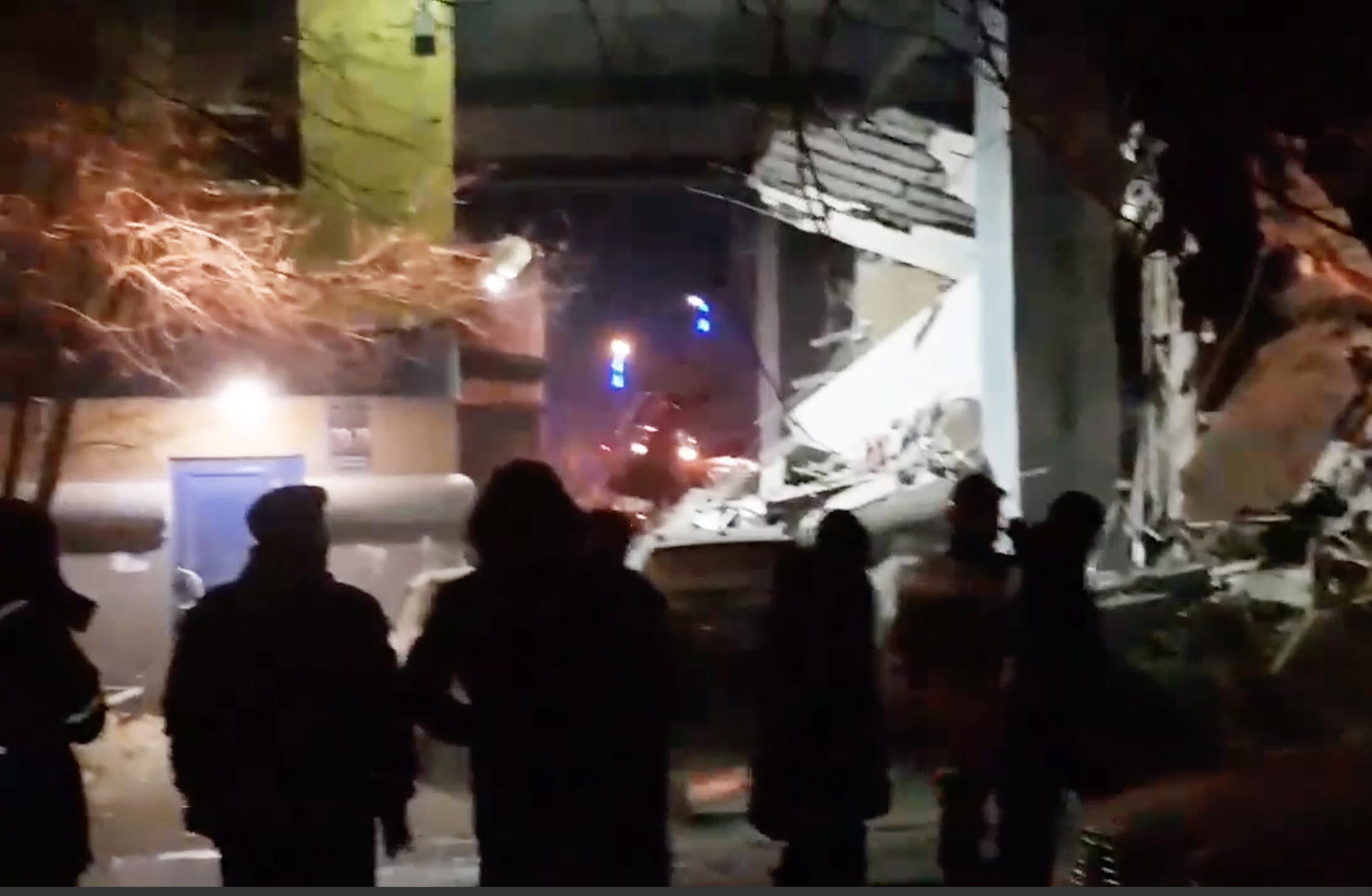 With 79 people reported missing, in a grim message the head doctor of the third city hospital in Magnitogorsk, Mikhail Scherbakov, told reporters: “The critical time for medical help has ended.

“So we do not think that anyone alive will now be brought to us.”

She said: “Four injured were hospitalised, among them one child, born in 2005.

“The rest did not need the hospitalisation.

“The condition of all 12 people is assessed as satisfactory.” 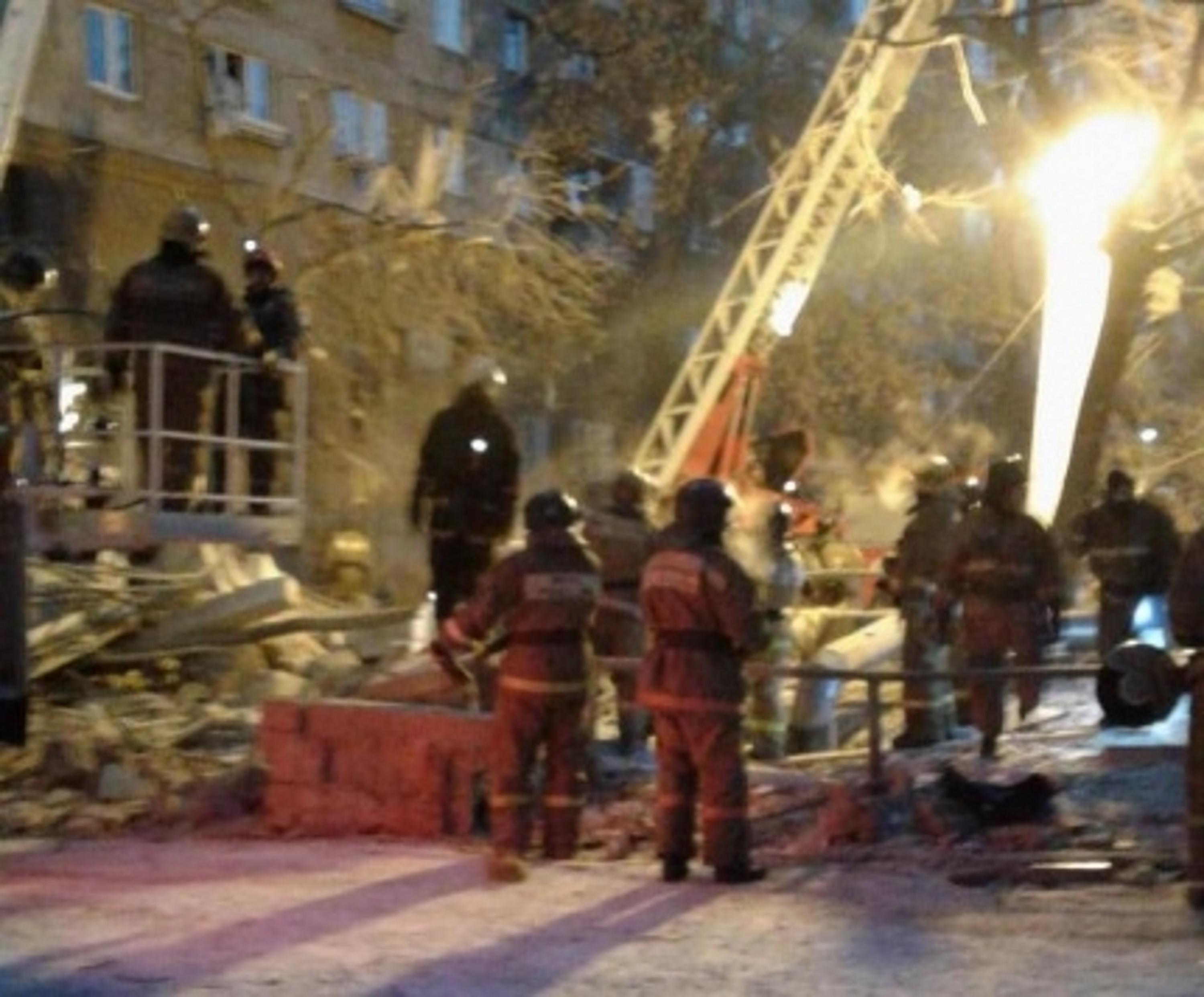 Survivor Olesya, whose flat was on the fourth floor, said: “I woke up from a loud rumble.

“Windows in the whole apartment were smashing.
“There was a strong smell of burning.

“I heard neighbours shouting at the entrance.

“I woke my child, and quickly dressed him.

“We left from the apartment, and instead of the entrance – there was just debris.

“Men helped us down.

“By this time there were firefighters already in the yard.” 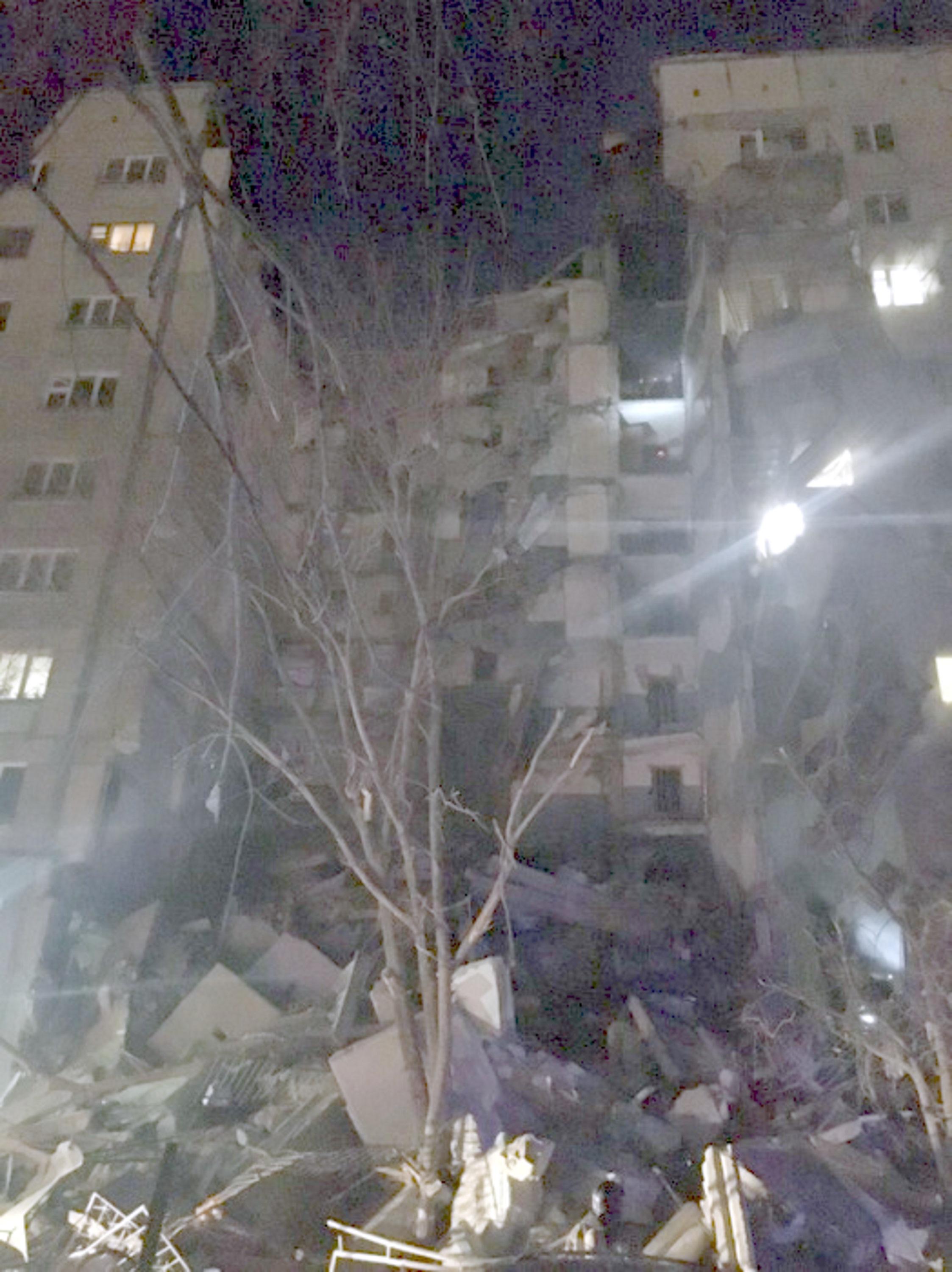 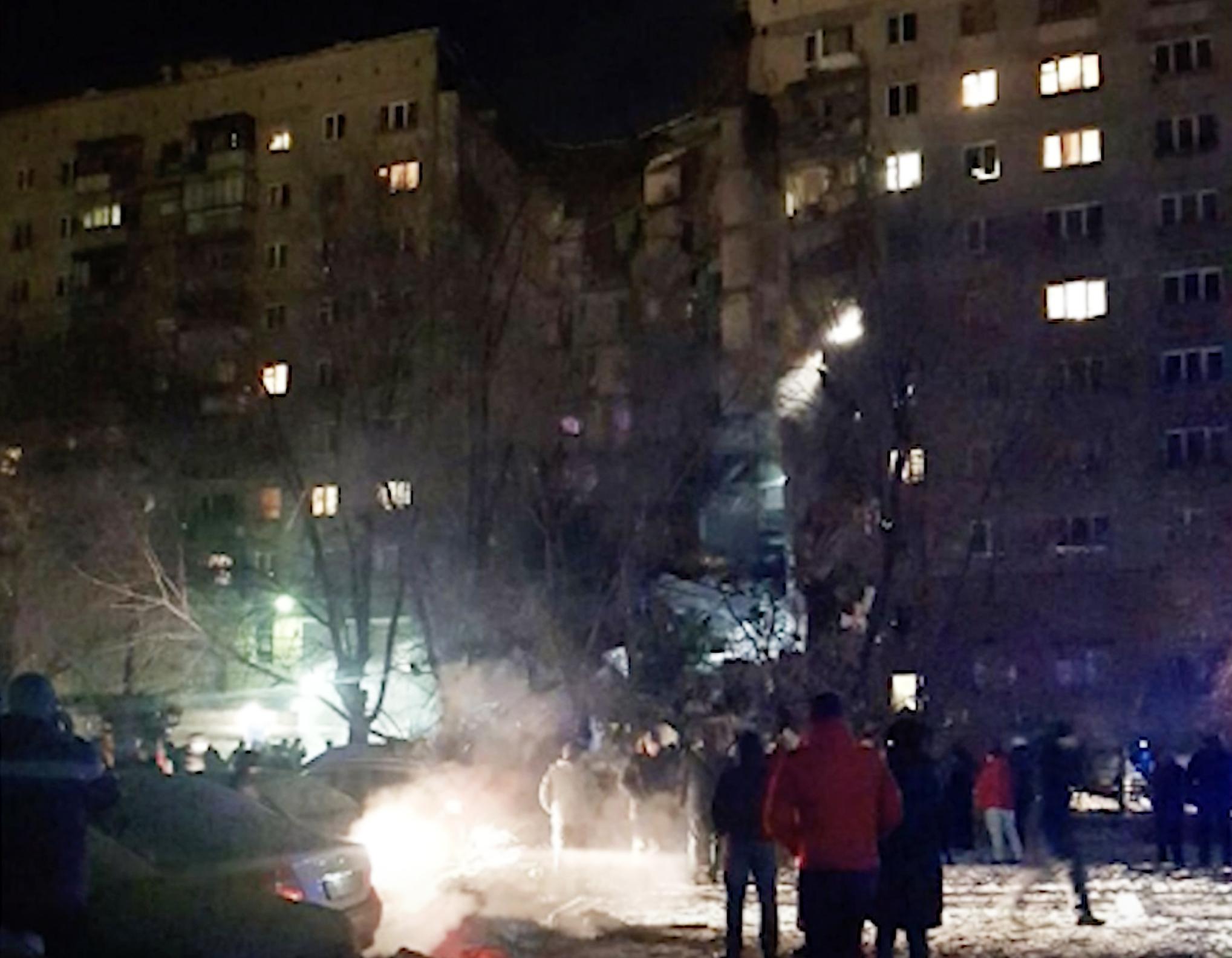 Vladimir Putin was woken to be told of the tragedy and ordered his emergencies minister Yevgeny Zinichev to the Urals city.

The 4am blast led to a fireball on an upper floor and the collapse of a high rise residential building.

Judging by the destruction, the explosion though appears to have occurred on the second floor above an arch in the building.

Previously it had been thought the explosion was higher in the building.

A total of 48 apartments were damaged where 110 people resided. 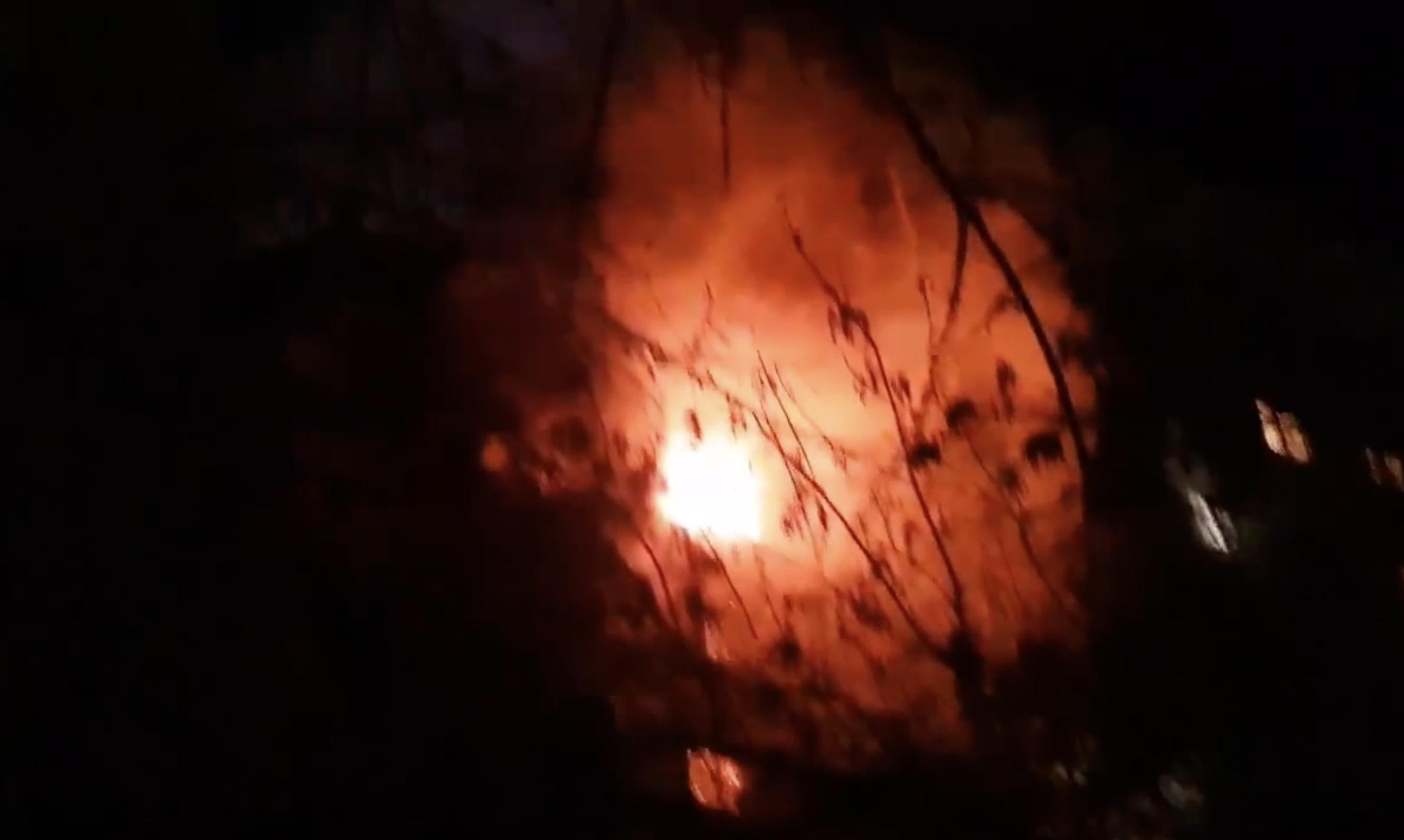 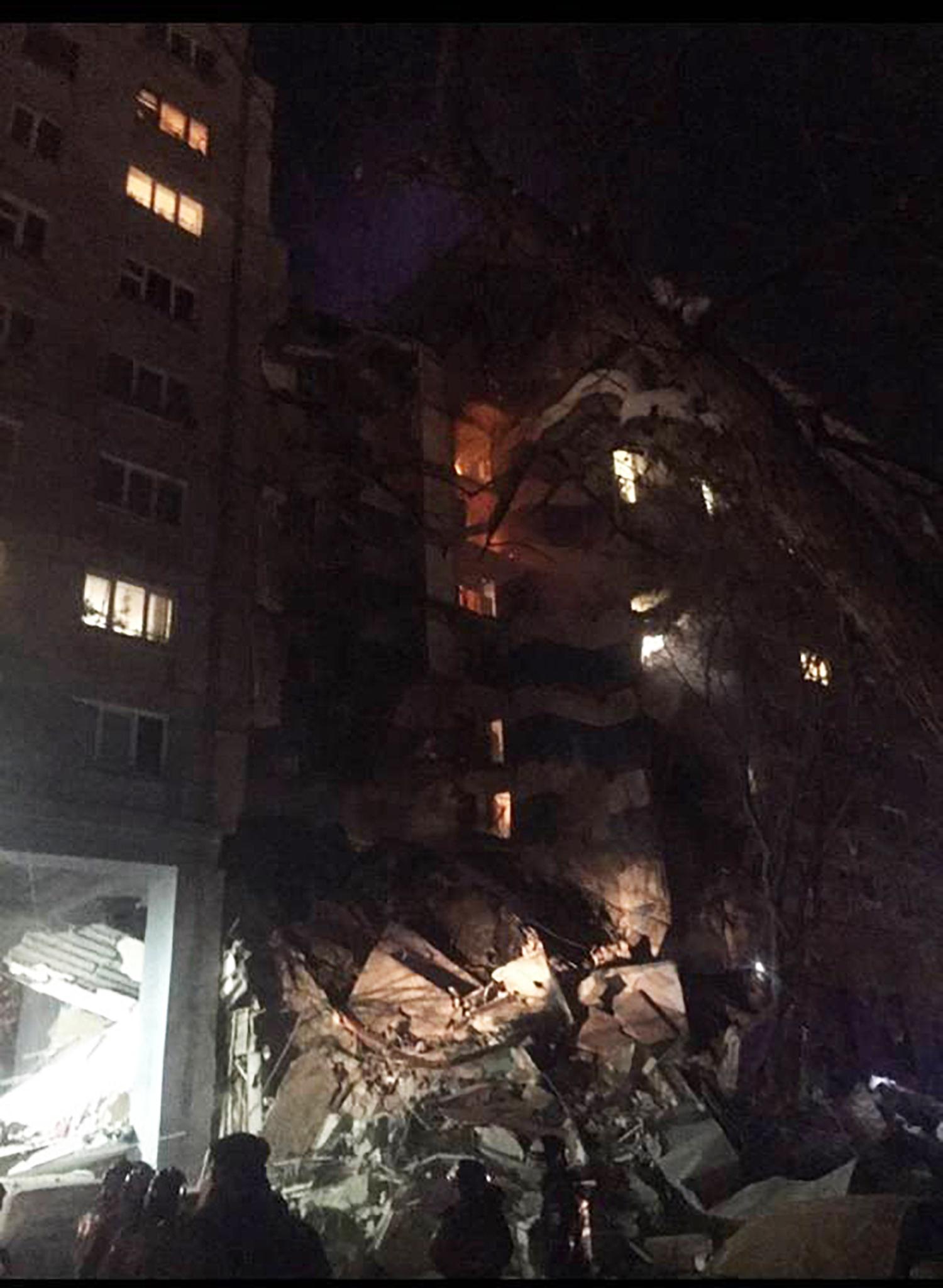 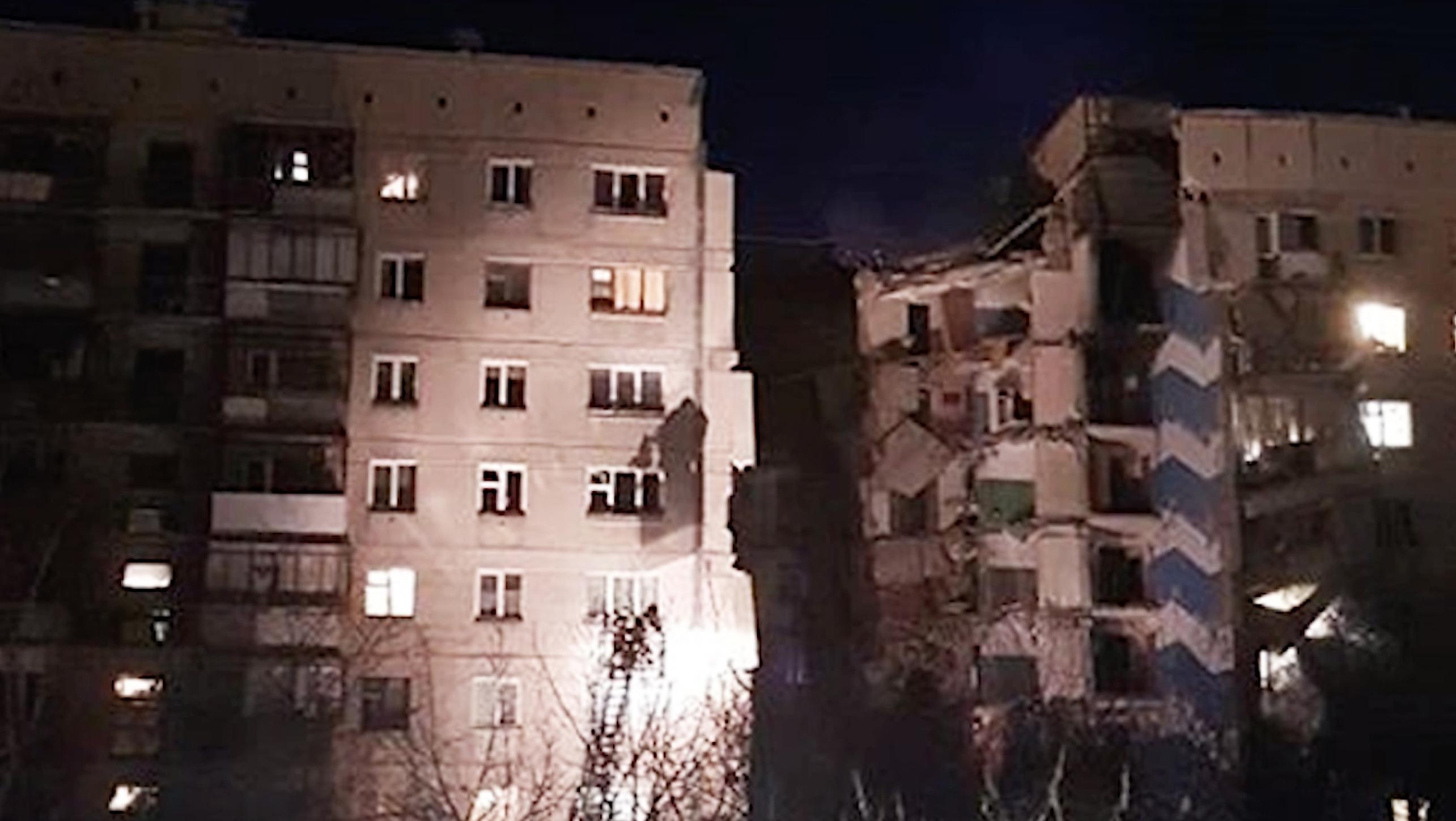 Local media complained that officials were holding back the scale of the New Year's Eve horror.

Law enforcement sources discounted terrorism as a cause and are focusing on a gas leak.

One local said: “We were woken up from crash sounds, windows were broken in the whole block.

“Smell of gas was everywhere, horrible. People were all sleeping like us.” 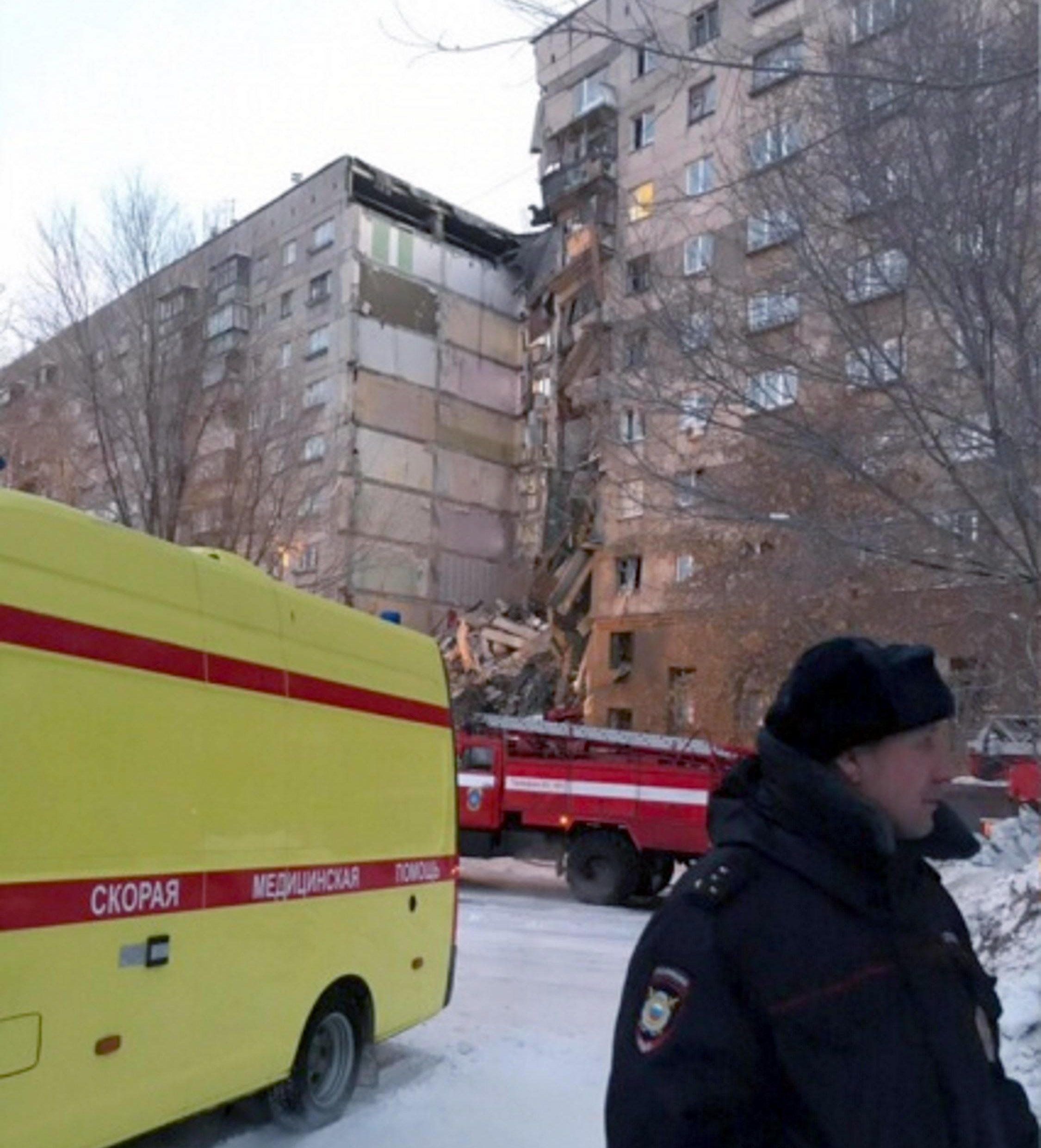 Another witness said: “Looking from the backyard side, the whole of the block collapsed like a house of cards.

“It is not likely that anybody is alive there.

“People from the next entrance are being evacuated with the help of fire brigade ladders.”

The tragedy came as people were preparing to celebrate the most important evening of the Russian calendar – when by tradition Grandfather Frost, or Santa, visits.

Putin has ordered Health Minister Veronika Skvortsova to do everything in her power to assist those injured and bereaved families.