Three teenage boys have been injured in a knife attack outside a school in Birmingham.

Following the attack, outside the University of Birmingham School, all three were rushed to hospital but none of the injuries is believed to be life threatening.

A doctor rode alongside one of the boys on the way to Birmingham Children’s Hospital, from the the junction of Bristol Road and Weoley Park Road in the Selley Oak area of the city, where a fight was reported at around 4.20pm today. 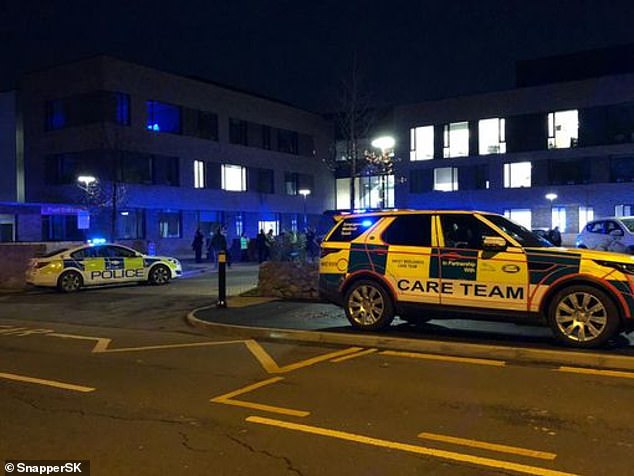 Five police cars, an armed police unit and two ambulances were at the scene earlier today following reports of a fight, the Birmingham Mail reported.

A spokesman for the West Midlands Ambulance Service said: ‘Three youths have been taken to hospital after reports of an assault.

‘West Midlands Ambulance Service was called to the University of Birmingham in Weoley Park Road in the Selly Oak area of Birmingham at just before 4.25pm on Monday afternoon 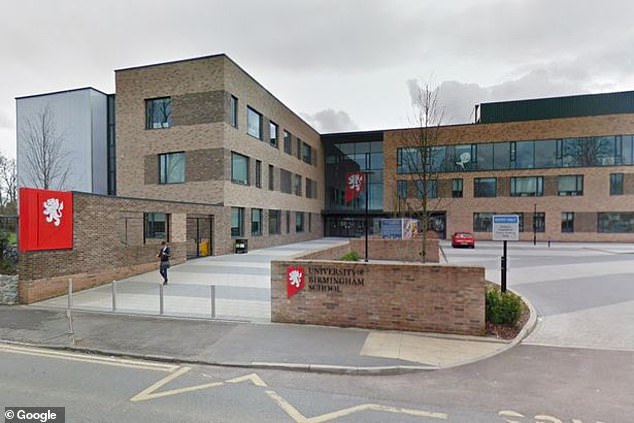 ‘Three ambulances, a paramedic officer and the West Midlands Care Team with a doctor on board were sent to the scene.

‘On arrival, ambulance staff treated three male youths. All three were taken to hospital, the doctor travelling with one of them. The injuries are not believed to be life threatening.’