Thug, 30, dubbed ‘poster boy for soft justice’ is jailed for 25th time… for stealing DVDs from Morrison’s just two days after being released from prison 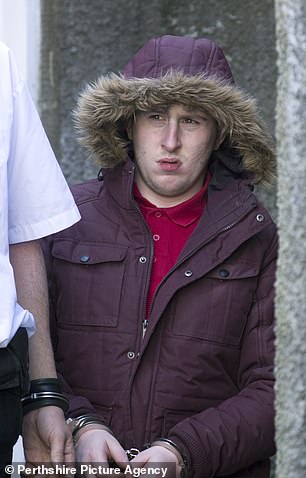 Del Banks, pictured yesterday outside Perth Sheriff Court, was yesterday for the 25th time after being arrested two days after being released early from prison for assault.

A notorious thug with dozens of convictions has been jailed for the 25th time – after re-offending two days after his early release from prison.

Career criminal Del Banks was dubbed the poster boy for soft-touch justice in 2004 when, aged 15, he was taken by social workers to Manchester to see pop group The Black Eyed Peas.

At the time Perth and Kinross Council claimed the outing had helped slow down his offending.

But since then he has committed 68 offences, including ten assaults, and been sent to prison 25 times in a criminal career estimated to have cost taxpayers £500,000 in court, social work and policing costs.

And he was jailed for a second time this year after he stole DVDs from a super- market and sold them to a pawn shop. Banks, from Perth, committed the offence days after being released on bail from a nine-month prison sentence for assault.

As the 30-year-old was locked up yesterday, critics described Banks as ‘the epitome of the SNP’s soft-touch justice’ system.

Perth Sheriff Court was told Banks, 30, and co-accused James Stuart, 32, stole 17 DVDs from Morrisons in Perth on October 26. Fiscal depute Robbie Brown said they were caught when a staff member saw Banks leaving a pawn shop where he had sold on the stolen goods.

Banks’s defence solicitor Billy Somerville said: ‘Around this period he was having difficulty as he was consuming drugs.’

Stuart and Banks, who both pleaded guilty, were each jailed for three months. 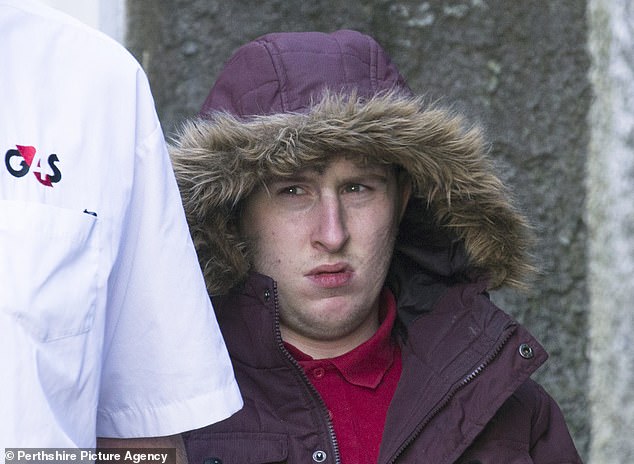 Social workers took Banks to see the Black Eyed Peas when he was 15 in order to stop his criminality, however the controversial intervention has not been successful 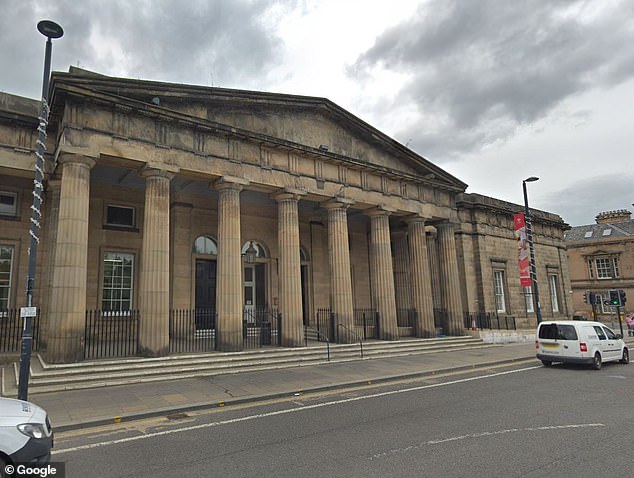 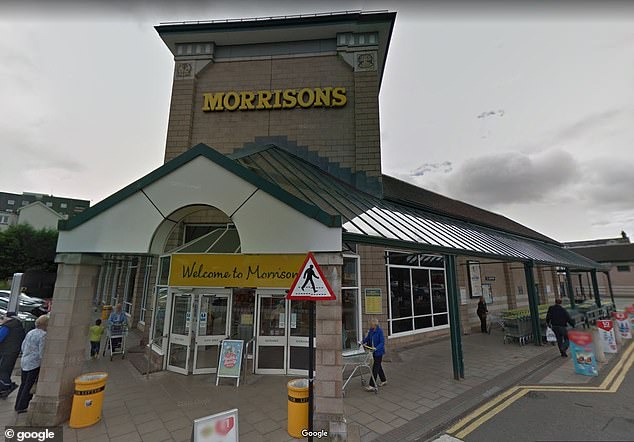 She warned that social workers had failed to take into account the serious nature of the assault to injury Banks had committed within weeks of being released from his previous prison term.

Banks was previously spared jail in 2005 and was instead ordered to carry out 100 hours of community service after breaching a court curfew four times.

But despite only carrying out 57 hours of unpaid work in the 18 months that followed, he was given yet another chance to finish his punishment during a hearing at Perth Sheriff Court.

After the hearing yesterday, Tory justice spokesman Liam Kerr said: ‘This ridiculous saga is beyond a joke. This criminal has no respect for the justice system, no respect for other people’s property and no intention of changing.’

Mr Kerr added: ‘This is the epitome of the SNP’s soft touch justice and demonstrates exactly why it doesn’t work.’

Since his concert trip to Manchester, assaults by Banks have left three victims scarred for life.