Gareth Warne KO'd Ashleigh Booth, 25, leaving her with a burst eardrum, cut face and horrific bruises after the attack in Halifax. 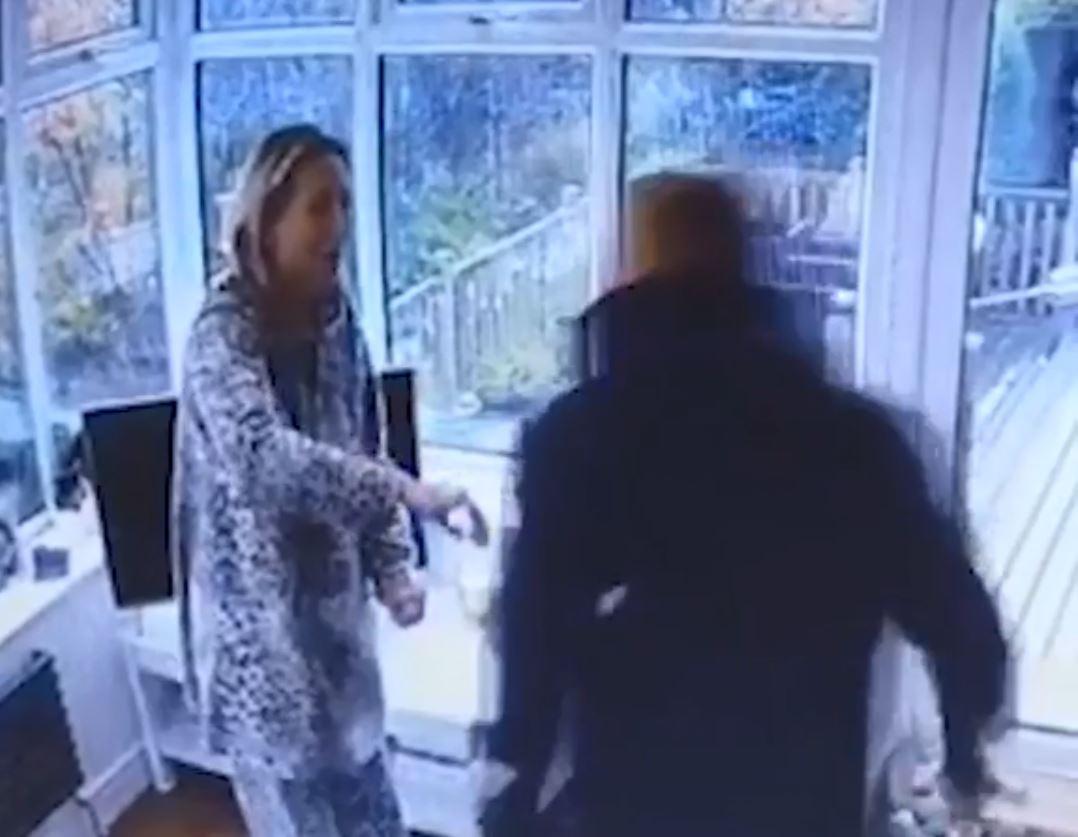 Battered Ashleigh has since shared a video of the assault in an attempt to shine the light on the domestic violence she said she had experienced for more than a year.

Warne was convicted of assault and handed a community order and a restraining order, after the attack in November.

The terrifying video shows the couple in what appears to be a conservatory, with the man seen to become increasingly angry.

But he took to Facebook to brag, writing "Haha fun and games" and "Looks like am famous believe what ya want people." 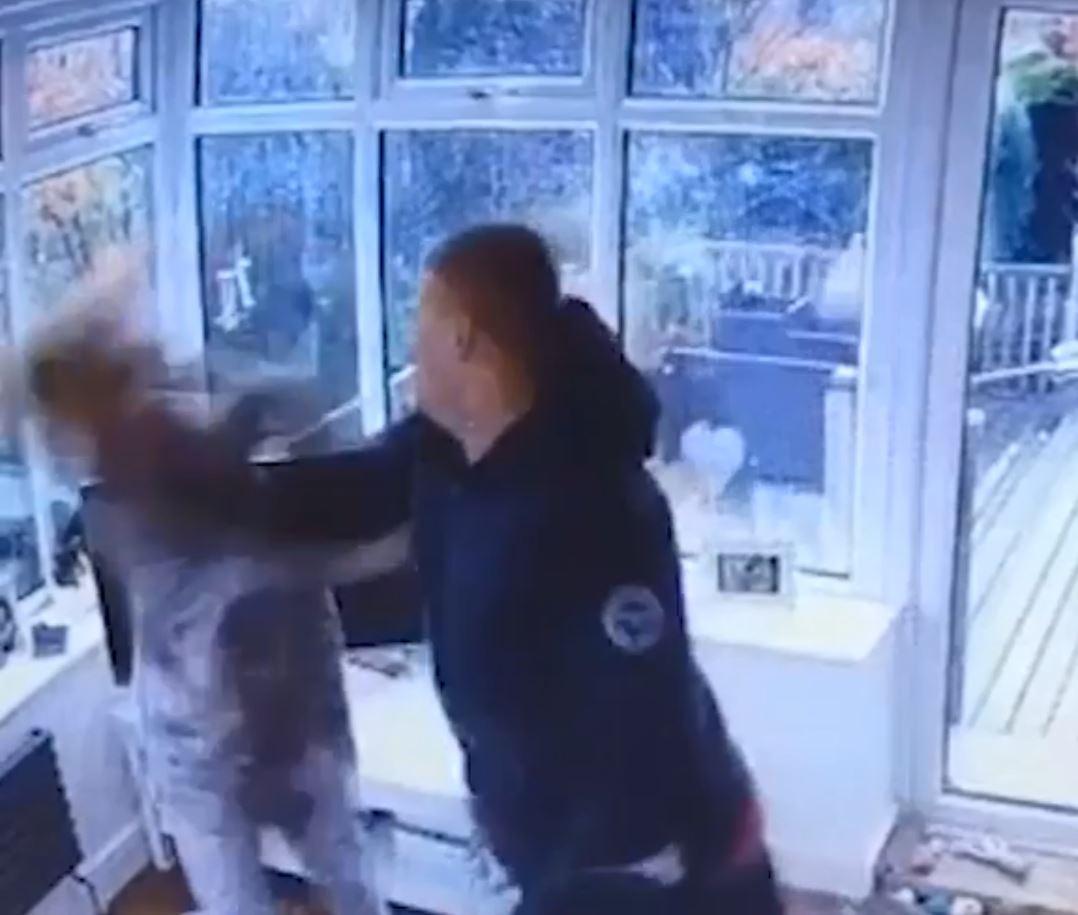 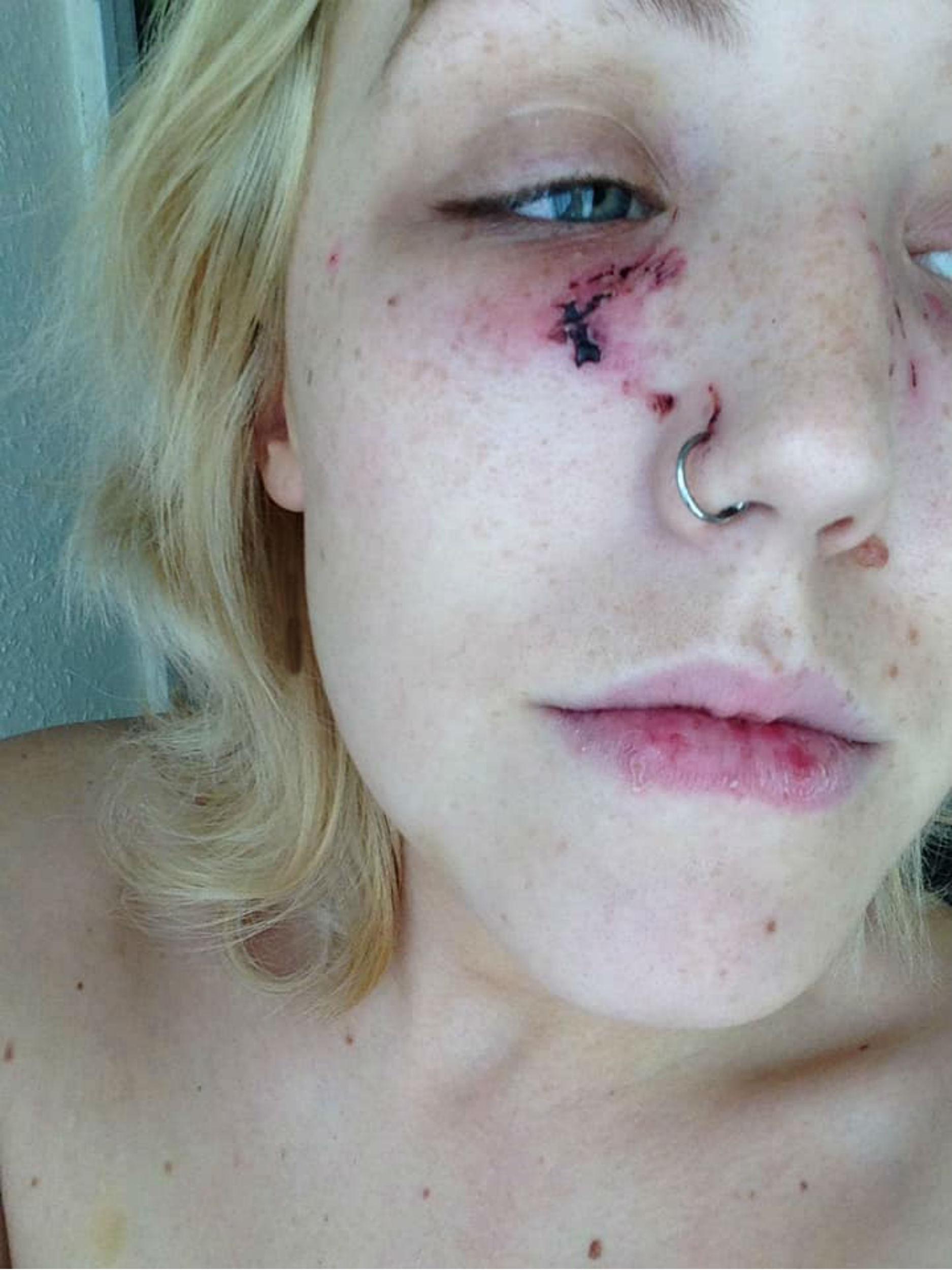 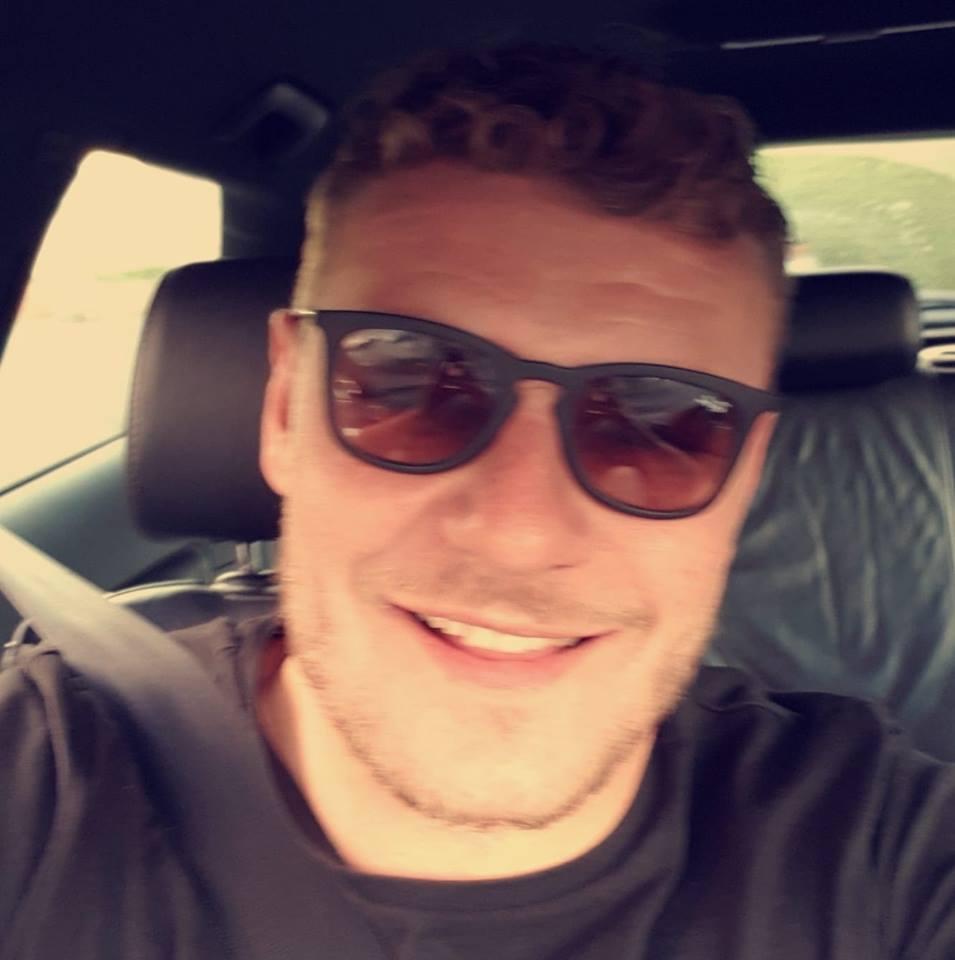 The woman, who appears to be crying, can be seen trying to push the man away as he advances towards her.

But just moments later, the man can be seen lashing out – appearing to punch the woman in the face.

She is sent flying to the floor, lying stunned for several seconds.

Instead of helping her, the man then walks off, leaving the woman sprawled on the floor.

The mum said the incident happened in November last year, and alleged there had been other domestic incidents since.

Writing on social media, the mum claimed: "In November he broke into my dad's property and burst my eardrum by smacking me, leaving me unconscious whilst I was 4 weeks pregnant!"

She said she had since been in contact with the police, saying: "All I wanted to do was share my story and show that domestic violence does go on and still goes on and is the most horrific thing anyone can deal with, I wouldn’t wish it on my worst enemy!

"I have made mistakes, I haven’t been perfect and sometimes I could have done things differently but seriously haven’t we all?? I didn’t deserve any of what happened to me." 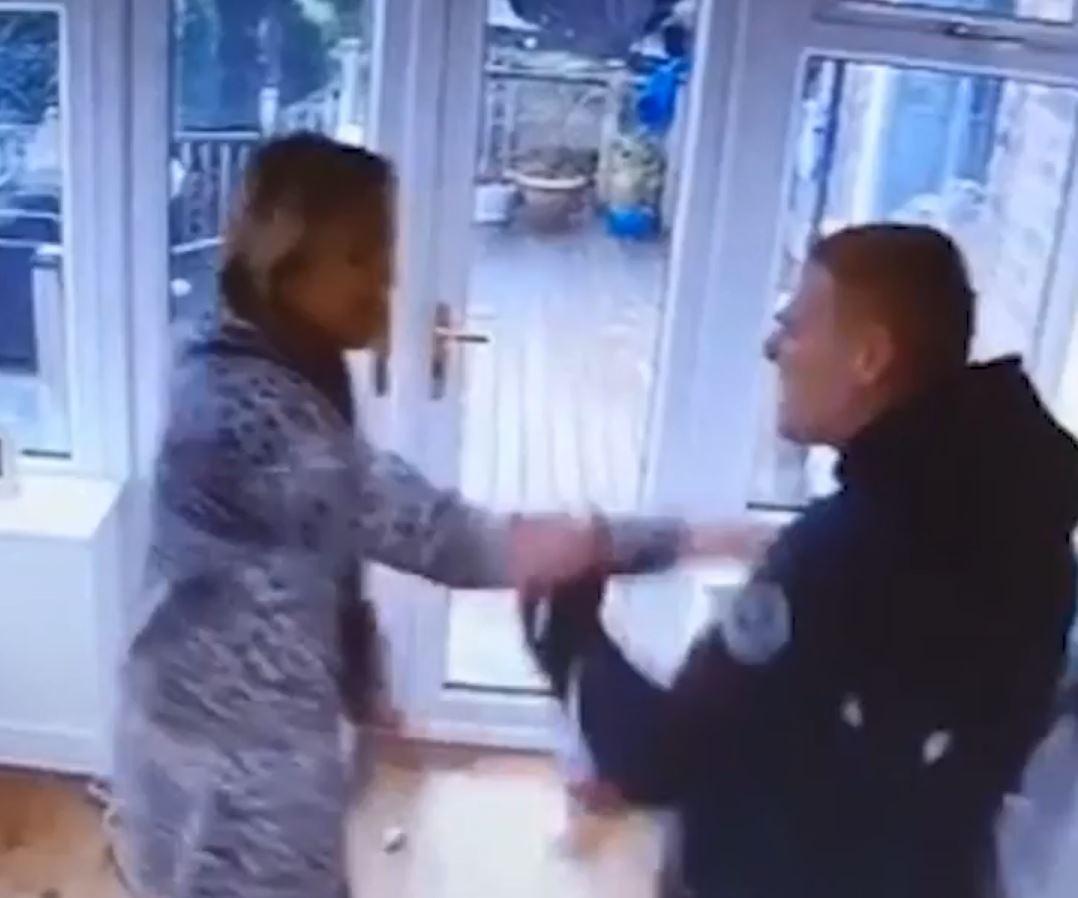 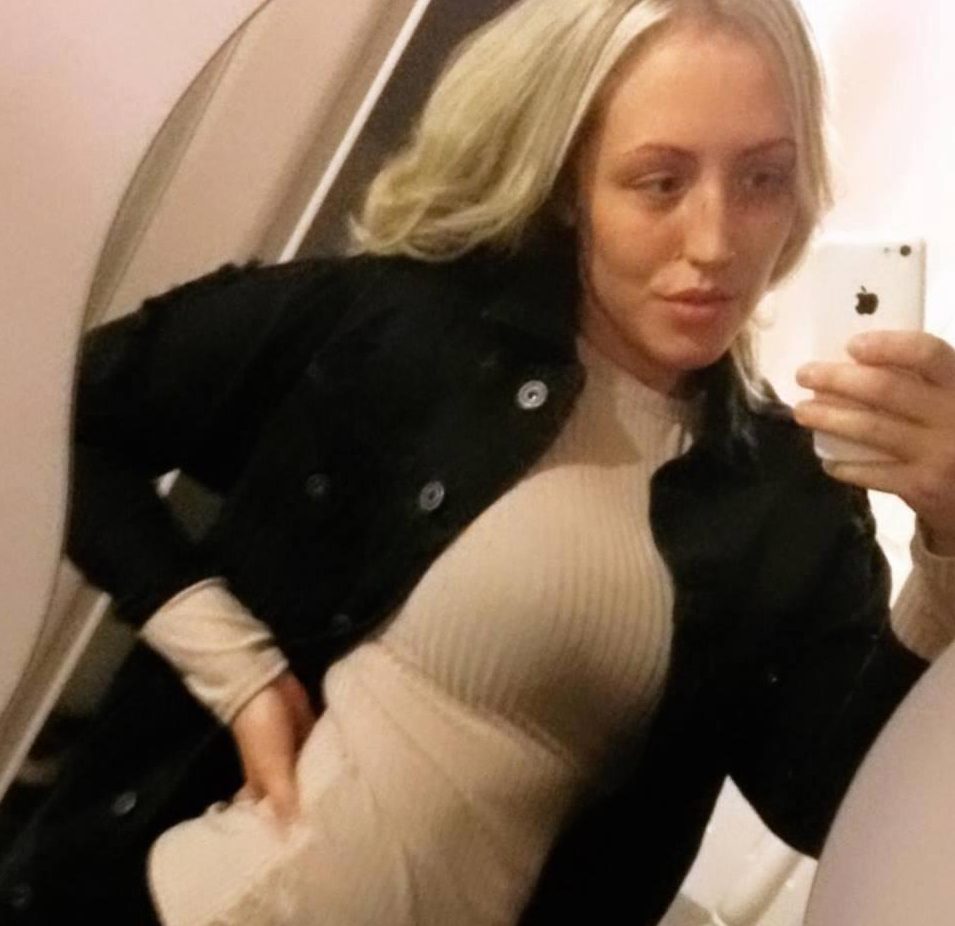 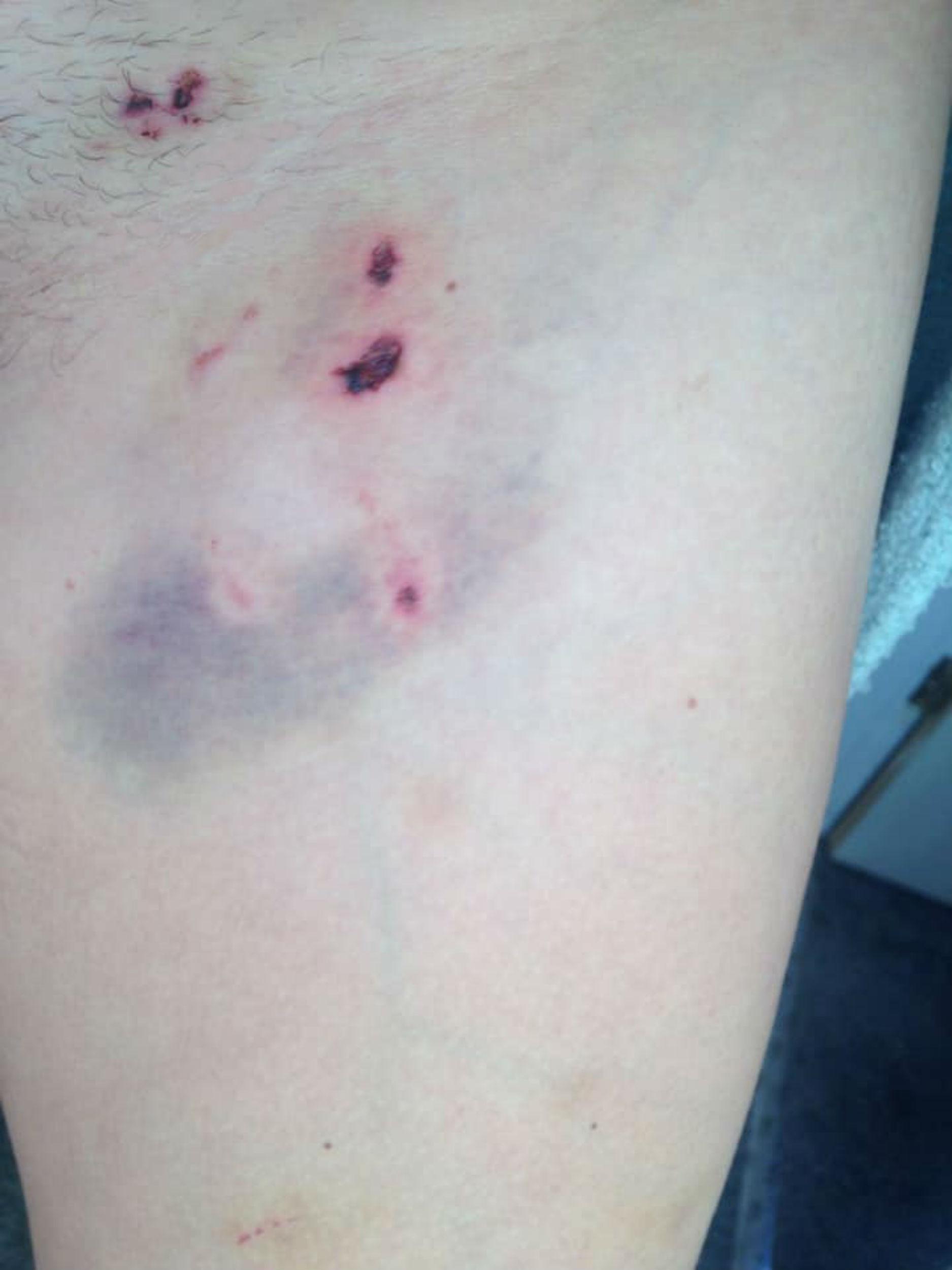 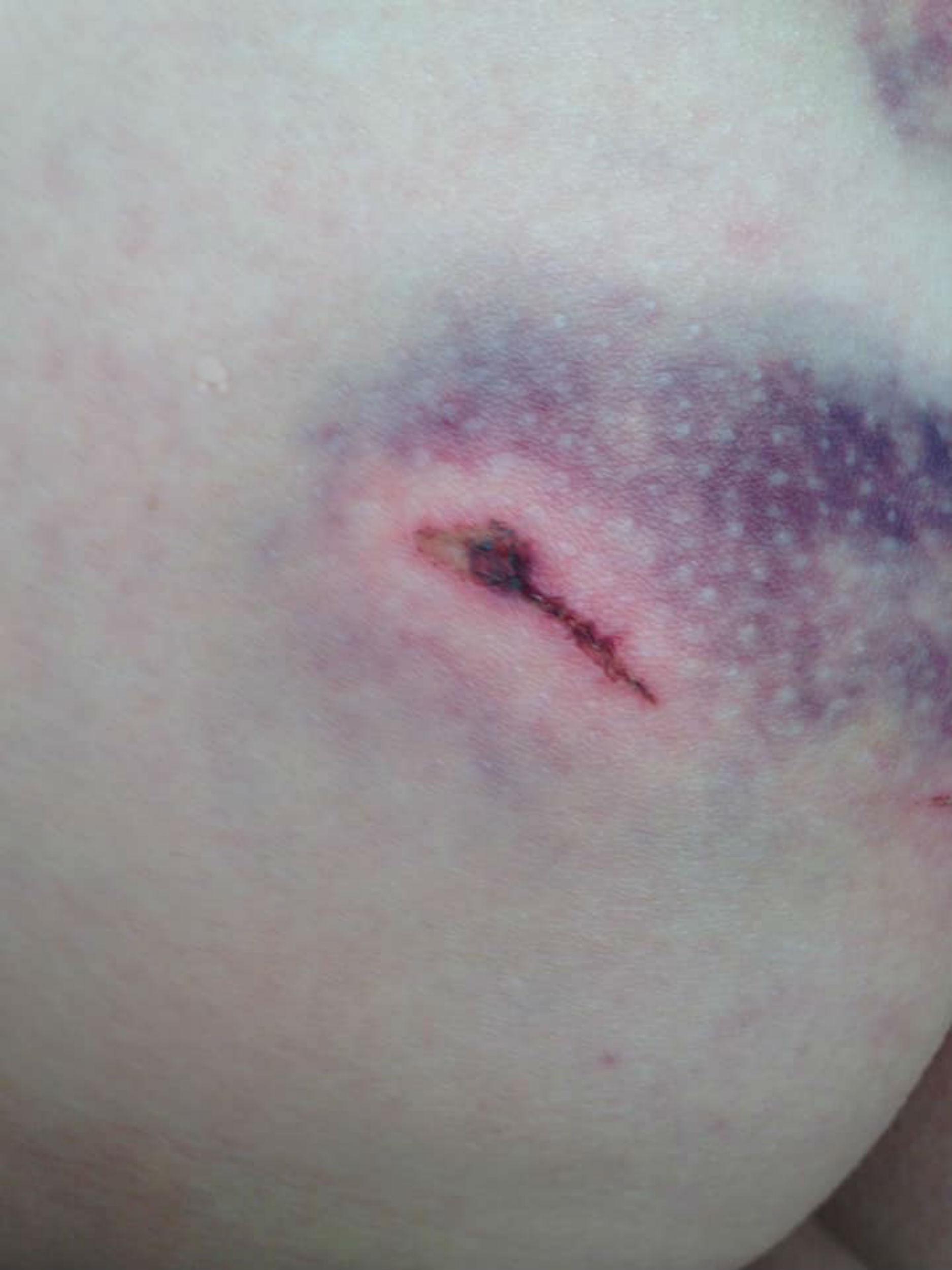 The video has been shared thousands of times, with the mum receiving a deluge of support.

One person wrote: "Hope you and your kids are getting the support you need."

Another added: "Good on you for speaking out strong lady."

A West Yorkshire Police spokesperson said: "West Yorkshire Police thoroughly investigate all reports of domestic abuse and provide support for victims. Officers will do all they can within legislation to prosecute offenders. Police are aware of a video circulating on social media depicting an assault on a woman in Halifax on November 4 2017.

"Police investigated the offence and a man was arrested and charged with assault on the same day. He appeared in court on November 6, 2017 and was given a community order with a restraining order not to approach the victim.

"This year, a 29-year-old Halifax man was charged with common assault and threatening behaviour in relation to an alleged offence on a female victim which took place on 22 October 2018.

"He appeared at Bradford Magistrates Court on December 6 and was given court bail to face trial in March 2019.

"Police have been updating the victim in Halifax throughout and will be further speaking with her today."