A brutal thug is being hunted by police after he punched a dog in the head and grabbed the animal by the throat in a pub garden.

Footage shows the man picking up the black pooch before throwing it against a fence in Dorset.

After the horrendous attack, the man then drags the dog away.

The incident happened outside the Buffalo Bar in Bournemouth on April 14, just before 7pm. 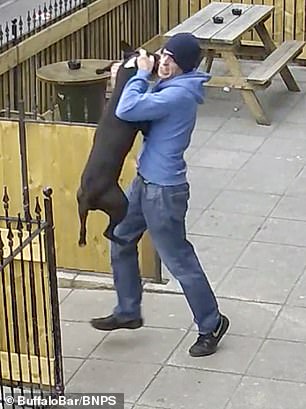 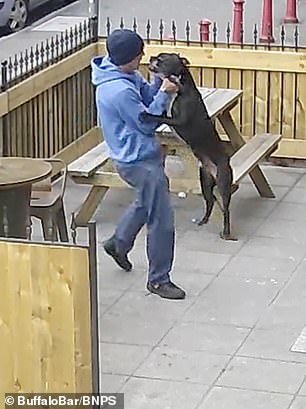 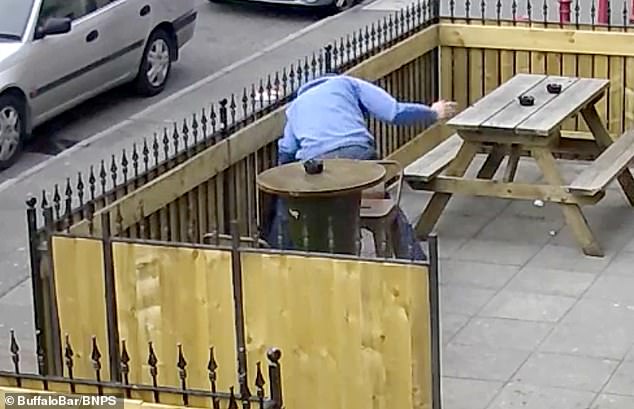 Police have now released images of the man from footage which was taken nearby.

Pc Emily Watkins, of Dorset Police, dubbed the footage ‘very disturbing’ and said the man had not yet been identified.

She added: ‘I am now issuing an image of the suspect in the hope that someone may recognise him.

‘I would ask anyone who knows who he is to please contact Dorset Police so we can investigate this incident with colleagues at the RSPCA.’

The offenders appears to be aged in his 20s and was wearing a blue hoodie, jeans and a blue Nike beanie hat at the time.