Children’s favourite Mr Tumble has become the latest victim of the ‘cancel culture’ phenomenon after being accused of racism over his catchphrase: ‘Hello monkey.’

Critics on social media are calling for the long-serving CBeebies character to be axed, with much of the vitriol fuelled by a clearly doctored video in which Mr Tumble’s voice has been edited to appear as if he is saying ‘Hello monkey’ to a young, black, disabled girl.

The clown, played by actor and presenter Justin Fletcher, has used images and footage of monkeys in his shows for years, as well as mimicking their noises and behaviour. 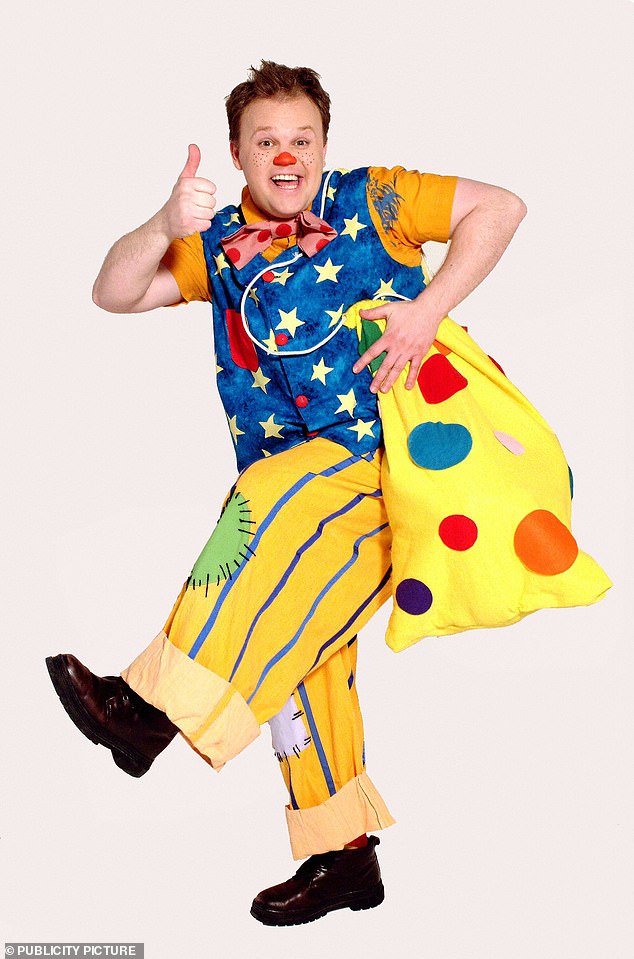 But the fake video has been viewed more than two million times on YouTube and TikTok, prompting tens of thousands of negative comments, including one that says ‘Proof Mr Tumble is racist’ and another reading ‘Mr Tumble is cancelled’.

Referring to the character’s programmes, another comment says: ‘Isn’t this show supposed to teach about not being racist, wtf.’

Last night, the BBC said it was ‘incredibly disappointing’ that social media users are targeting Mr Tumble, particularly given that his Something Special show is inclusive and uses Makaton sign language so deaf children can enjoy it. The fake clip was first posted last August but over the past fortnight has become one of the most viewed on TikTok, a video-sharing social networking service owned by Chinese company ByteDance.

Other comments include, ‘Always knew he was a racist’, ‘I caught Mr Tumble being racist’ and ‘Mr Tumble is racist, jeez’. One user even carried out a poll where 96 per cent of those who answered said Mr Tumble was racist.

Hashtags such as #mrtumbleisaracist have also been created.

A BBC spokesman said: ‘This video is clearly fake and it’s incredibly disappointing that someone would doctor footage of a much-loved children’s character, who actively promotes diversity and inclusion, in such an offensive way.’

BBC sources labelled the video ‘misleading’ and defamatory’ and said it does not feature footage from the show.

Mr Fletcher, who lives in North London, made Mr Tumble a household name in 2003 when he became the main character in the Something Special programme.

As well as winning five Bafta Children’s Awards, the 50-year-old was appointed an MBE in the 2008 Birthday Honours list for his services to children’s broadcasting and the voluntary sector.