Tommy Robinson grins as he arrives at court for contempt hearing after declaring bankruptcy when he was ordered to pay £43,000 damages to Syrian teenager

Tommy Robinson grinned as he arrived at court for a contempt hearing today after declaring bankruptcy when he was ordered to pay £43,000 in damages to a Syrian teenager.

Robinson, 39, whose real name is Stephen Yaxley-Lennon, had been expected to appear at the same court on March 22 in connection with unpaid legal bills after losing a libel case brought against him by Jamal Hijazi last year.

But he failed to turn up for the hearing and the case was referred to a High Court judge, who ordered the English Defence League founder to appear in court today.

Robinson was pictures arriving at court wearing a grey overcoat over a black t-shire with grey jeans and was surrounded by three large men – two of whom appeared to be filming him as he smiled at photographers.

In the summons issued last month, Mr Justice Nicklin said Robinson considered ‘a prima facie case of contempt of court is made out’. 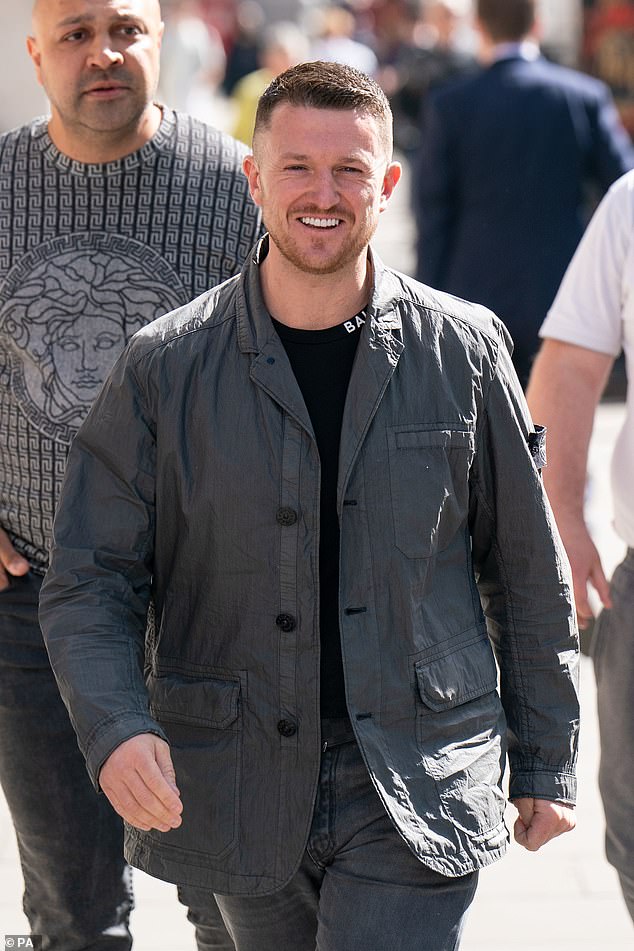 Tommy Robinson (pictured) arriving at the Royal Courts Of Justice in London, to appear for a contempt of court hearing today 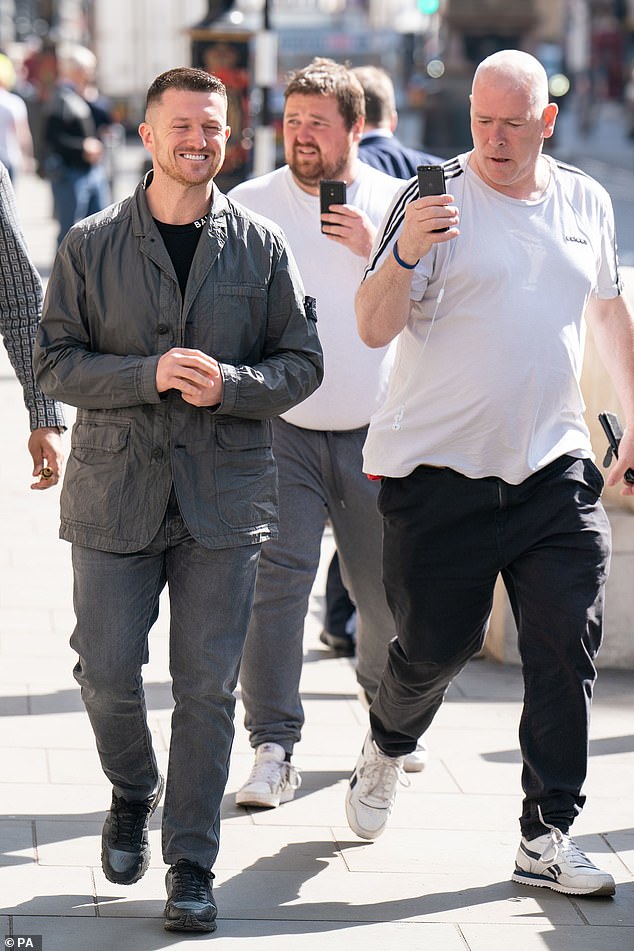 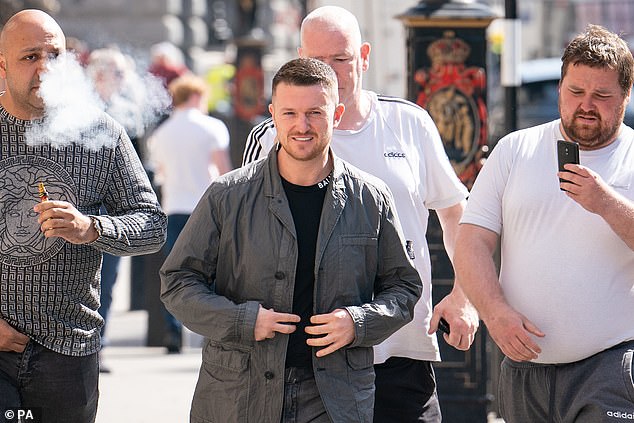 He was surrounded by three men, one of whom was vaping and the other two appeared to be filming him 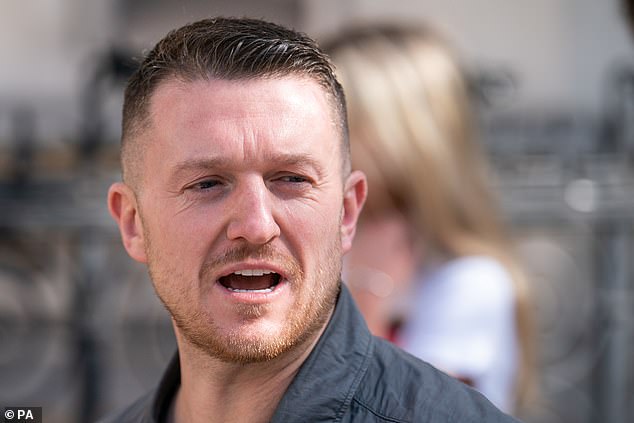 He warned Robinson could be arrested if he failed to appear at court today.

The hearing comes after Robinson was successfully sued by Mr Hijazi after the then 15-year-old was assaulted at Almondbury Community School in Huddersfield, West Yorkshire, in October 2018.

In a short video of the incident, which received nearly one million views, Robinson claimed in two Facebook videos that Mr Hijazi was ‘not innocent and he violently attacks young English girls in his school’.

Mr Justice Nicklin found the claims to be false following a trial.

After a pre-trial hearing for the libel case in November 2020, Robinson was ordered to pay more than £43,000 in legal costs.

But he declared bankruptcy four months later, which the court heard has since been discharged.

In February, lawyers for Mr Hijazi successfully applied for an order requiring Robinson to return to the High Court to answer questions about his finances.

Ian Helme, representing the teenager, told the court there was information ‘that what is stated in his bankruptcy application is not a full account of (Robinson’s) assets’.

It came after Robinson was previously jailed after being found in contempt of court when he filmed men accused of the sexual exploitation of young girls and live-streamed the footage on Facebook, in breach of a reporting ban, outside Leeds Crown Court in May 2018.

He was jailed for 13 months after being found in contempt of court on the day of the broadcast, but served two months in prison before being freed after the contempt conviction was overturned by the Court of Appeal in August 2018.

The case was then referred back to the Attorney General and he was jailed again in July 2019.