Tony Awards producers have issued a warning to attendees that the upcoming awards show has a "strict no violence policy" in the wake of the onstage Oscars slap by the actor Will Smith.

The warning was issued in the FAQ section of a letter sent out by Tony Award Productions to attendees of the 75th annual awards show in June.

"In the event of an incident, the perpetrator will be removed from the event immediately," an excerpt of the letter said.

The letter also outlined a number of other rules, including on the event's dress code and its Covid-19 policy, which requires guests to be fully vaccinated in order to attend.

The "no violence" warning comes weeks after Smith sent shockwaves through Hollywood and the world after slapping the comedian Chris Rock onstage at the live 94th Academy Awards on March 27 over a joke about his wife's shaved head.

Rock had joked that he was looking forward to seeing Jada Pinkett Smith in "G.I. Jane 2." Initially, Smith appeared to laugh at the joke, but moments later, he walked up on stage and slapped Rock across the face. 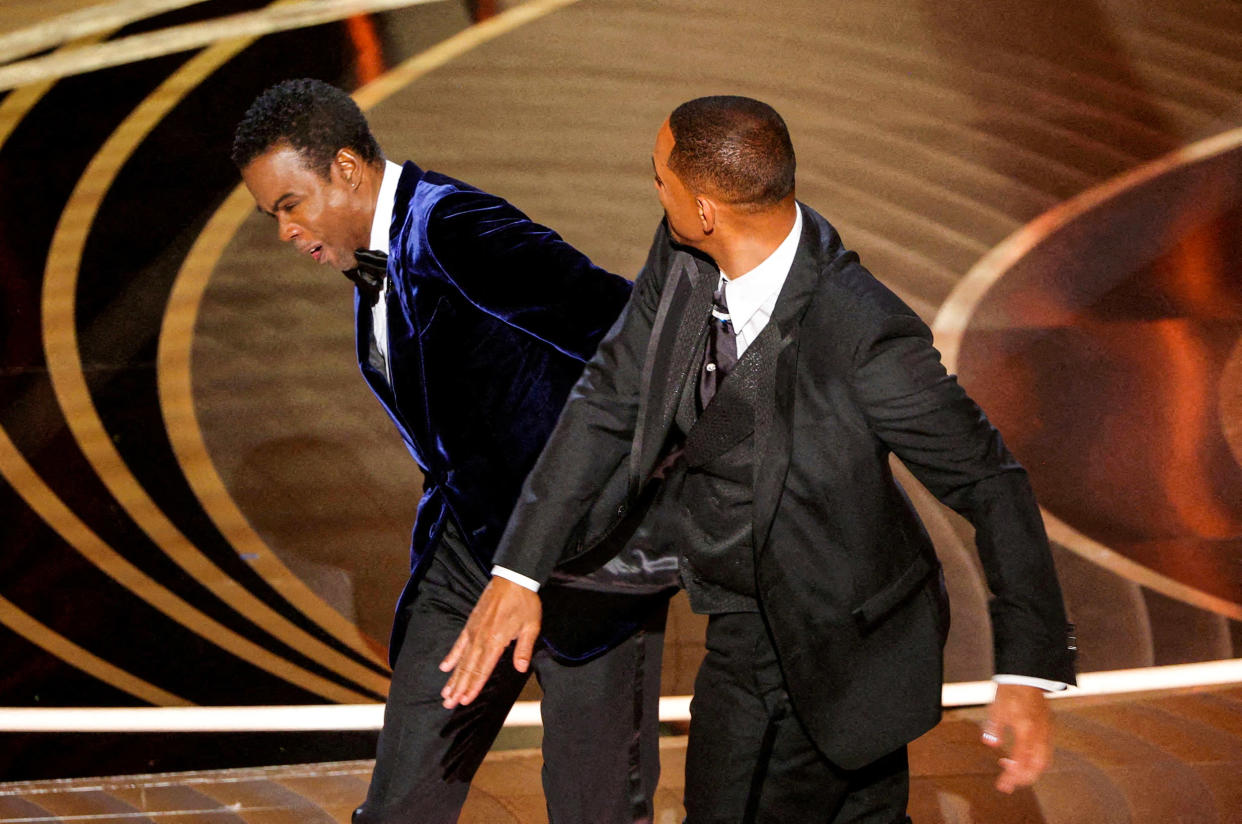 Pinkett Smith revealed in 2018 that she had been diagnosed with alopecia, a condition causing hair loss. The star decided to shave her head following the diagnosis, and Rock appeared to compare her to Demi Moore's "G.I. Jane" character, who shaves her head during military service.

Rock declined to press charges following the incident at Los Angeles' Dolby Theatre. Still, Smith, who later apologized for the incident and resigned from the Academy of Motion Picture Arts and Sciences, has continued to face repercussions for his actions in the weeks since.

The actor has been banned from attending all Academy events, including the Oscars for a 10-year period. The incident also cast a significant shadow over Smith's own long-awaited Oscars win, with the actor taking home the award for best actor for his role playing the father of tennis stars Venus and Serena Williams in “King Richard.”