BBC director-general Tony Hall considered quitting when the Government offloaded the responsibility for free TV licences for the over-75s, he revealed yesterday.

In his final interview before he leaves next month, Lord Hall also admitted the BBC responded ‘too slowly’ in the equal pay row sparked by Carrie Gracie.

The deal with the Government which saw the corporation taking on responsibility for free licences for over-75s is regarded by many as Lord Hall’s biggest blunder during his time in charge.

Speaking on Radio 4’s The Media Show, he described the attempts by Government to get the BBC to handle the issue as ‘nuclear’, as he was forced to choose between charging pensioners the licence fee and making huge cuts to services. 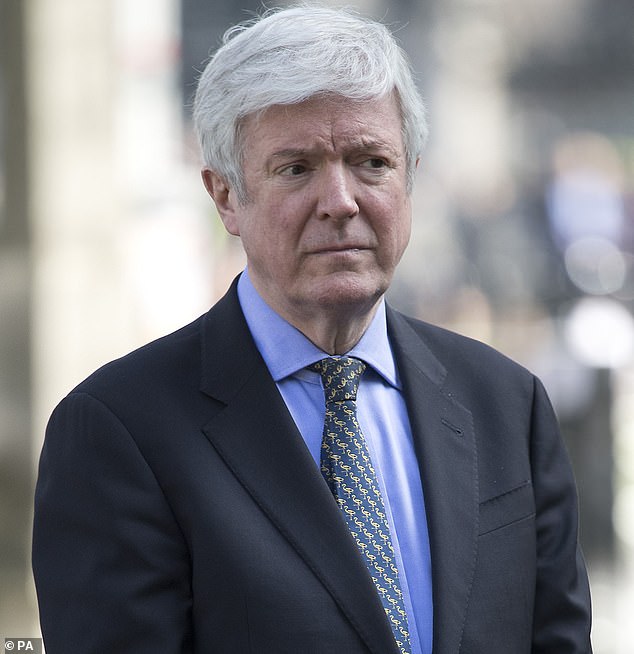 In his final interview before he leaves next month, Lord Hall also admitted the BBC responded ‘too slowly’ in the equal pay row sparked by Carrie Gracie

‘I thought about resigning, but at that moment I thought you’ve got to get in there and try to stop this or ameliorate what they are proposing to do,’ he told the BBC’s media editor Amol Rajan.

While it became clear there was no possibility of stopping the move, there were concessions and the BBC had secured its charter for 11 years.

Only over-75s who receive pension credit are now exempt from the annual £157.50 fee.

Lord Hall admitted to mistakes over the equal pay row, which began when then China editor Miss Gracie – who announced on Tuesday she has left the BBC after 33 years – pressed for a salary increase to bring her in line with male colleagues doing comparable jobs.

‘I think the organisation responded too slowly,’ he said. ‘We ended up in the right place.’

He was also questioned about his handling of the row over the use of the N-word in a news report.

He denied he apologised for the use of the word only after board members lobbied him to do so because of potential mass resignations from ethnic minority staff members.