A top German diplomat has been arrested in Brazil and accused of beating his husband of more than two decades to death inside their apartment.

Hahn claims Biot had some kind of fit, began running towards the apartment’s balcony, then tripped on a rug and hit his head – causing an injury that proved fatal.

But police say Biot’s body was covered in bruises, some of which appeared to come from being stomped on, and he also had lesions from ‘aggression with a cylindrical object’ that were not consistent with a fall. 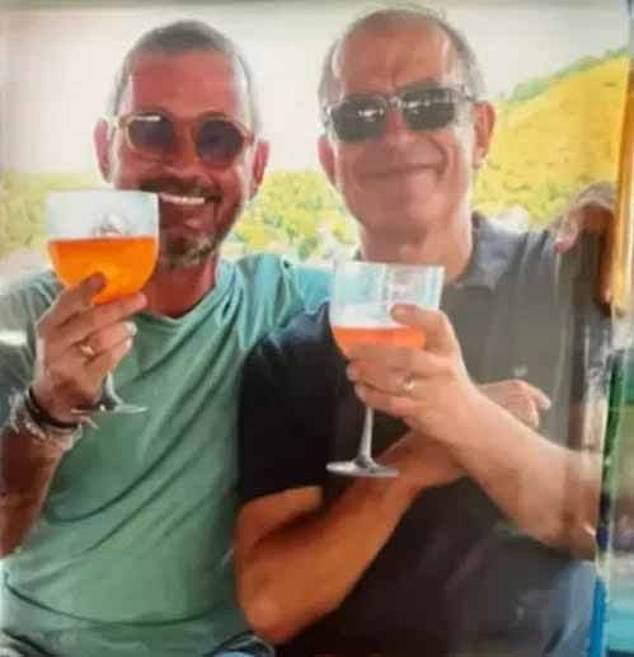 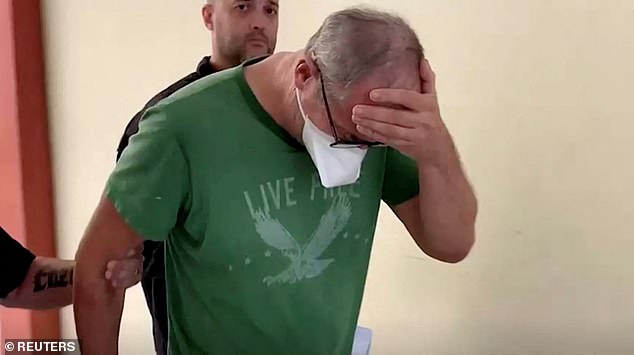 Hahn (pictured) is said to have told officers that Biot had some kind of fit, fell and suffered a fatal head injury, but cops say he had multiple injuries not consistent with that account

It is not clear who called officers to the couple’s apartment – in the upmarket beachfront neighbourhood of Ipanema – on Saturday, but police are said to have arrived to find Hahn attempting to clean it.

He was taken for questioning as forensic teams moved in with luminol – a substance that glows on contact with blood – which they used to uncover bloodstains.

Some were said to have been on the tile floors, with a secretary to the couple saying she ordered them to be cleaned after a dog was found lapping up blood.

Meanwhile police found another suspected bloodstain on a sofa that had been recently cleaned.

Hahn is reported to have told officers that Bitot – a Belgian citizen – was suffering a drink problem and had been taking sleeping pills.

He is said to have told police that Biot had been acting ‘strangely’ in the days before his death, and seemed to be ‘panicked or nervous’.

Hahn claimed to have been in the kitchen when he heard Biot get up and start running, before the fall.

He said he heard his husband ‘groaning’ on the floor and initially thought he was drunk and tried to put him to bed.

It was only after sending a picture to a friend complaining Biot was ‘drunk again’ that Hahn claimed to noticed the blood.

But forensic examinations found Biot had died from a wound to the back of his head, not the front as he would have got from falling forwards.

That, coupled with numerous other injuries Biot had suffered, led officers to conclude that his death was the result of violence.

Officer Camila Lourenco said: ‘The version of events given by the consul, that the victim suffered a fall, is incompatible with the conclusions of the forensics report

‘The cadaver is screaming out the circumstances of its death.’

Brazilian media reports said Hahn will not have diplomatic immunity given the nature of the crime. Police did not immediately respond to a request for comment.

Biot was a week shy of his 53rd birthday, according to a picture of his ID card published in the Brazilian press.

Hahn is said to have told police that the couple were considering a move to Hawaii.

They had been married for a total of 23 years.

The German embassy did not immediately respond to a request for information.

But both the embassy and the consulate in Rio de Janeiro are in ‘close contact with the Brazilian authorities investigating this case’, a source in the German federal foreign office said Sunday.