TORNADO warnings were in force across Philadelphia as Storm Fred unleashed catastrophic flooding that has left 35 people missing. 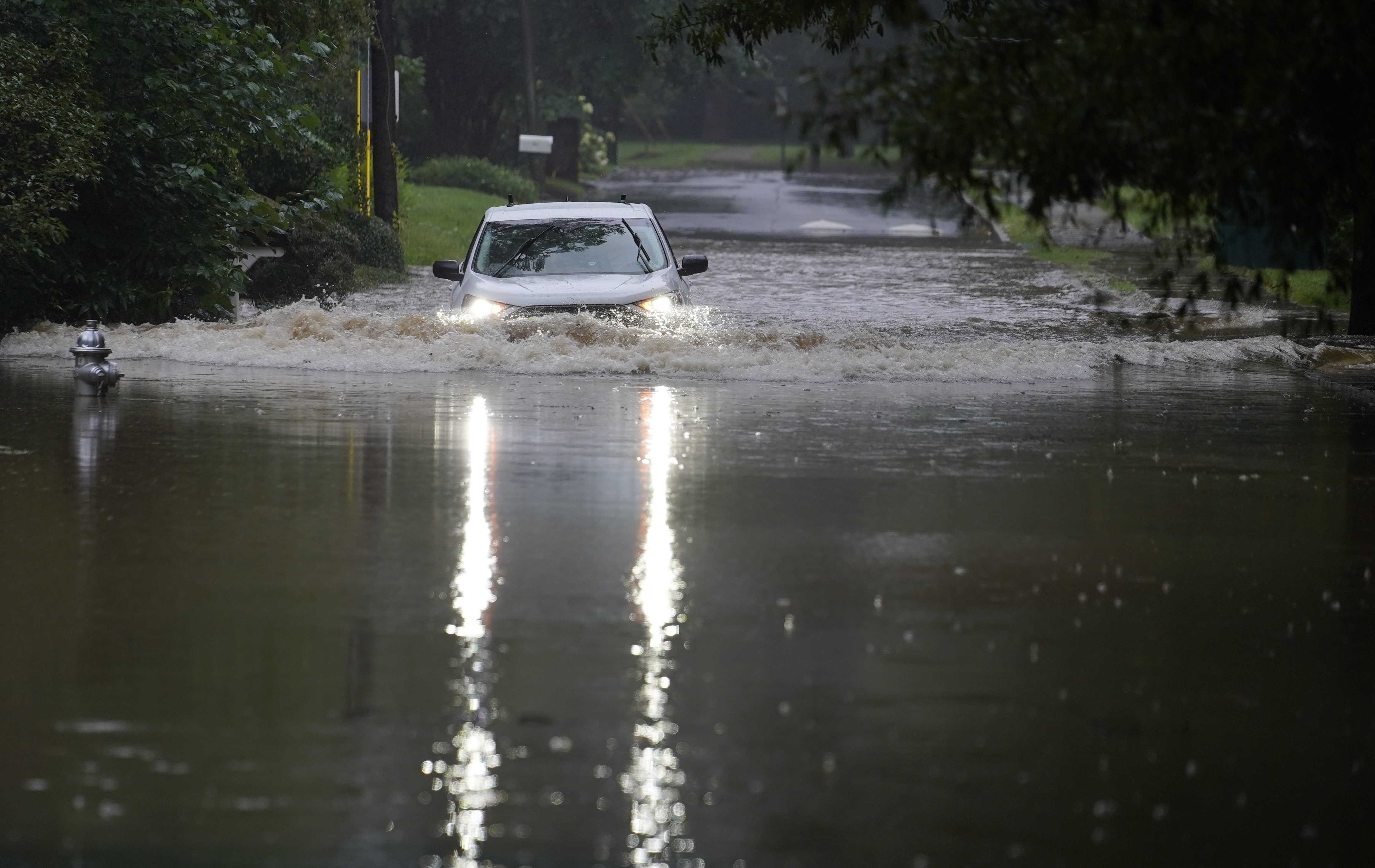 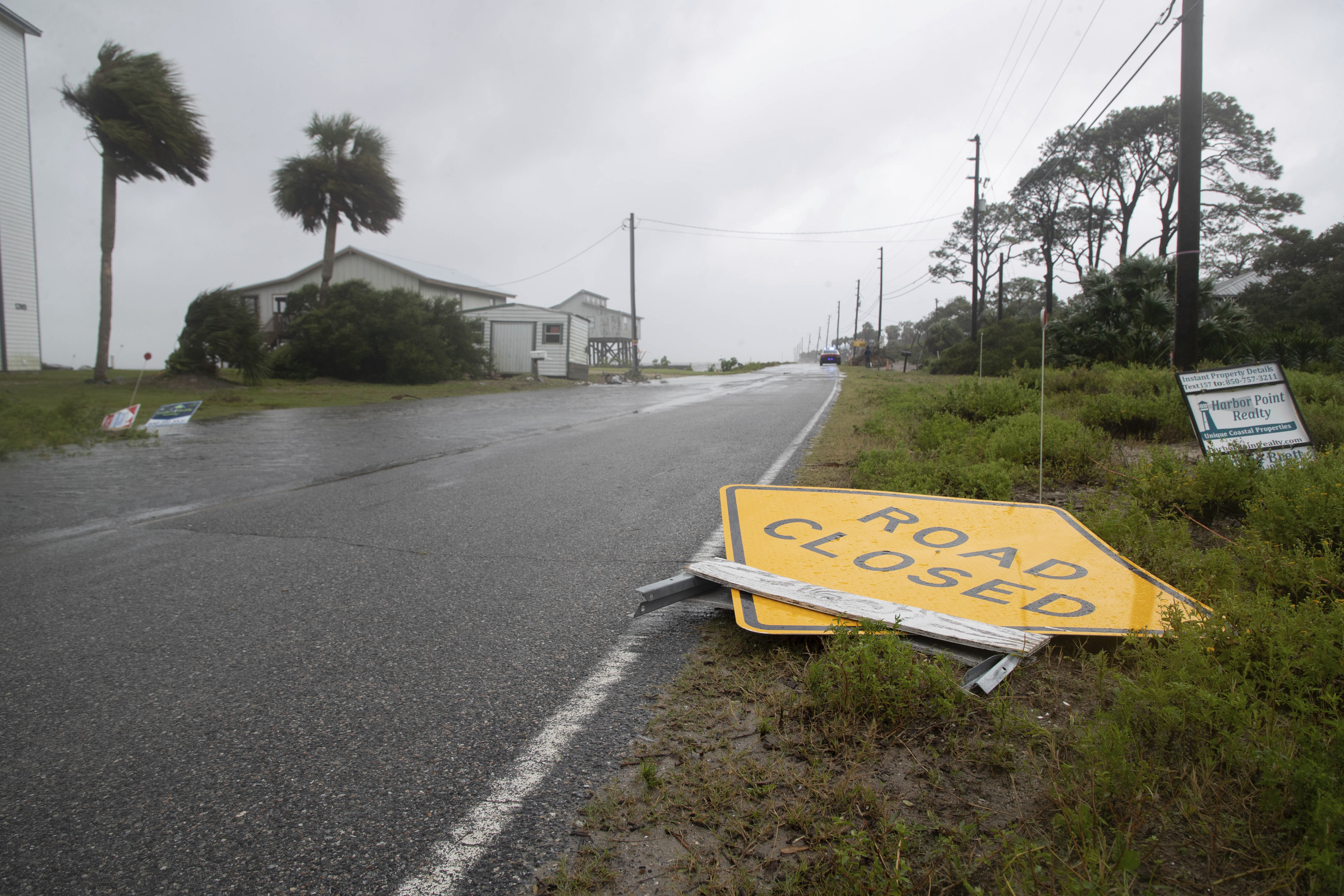 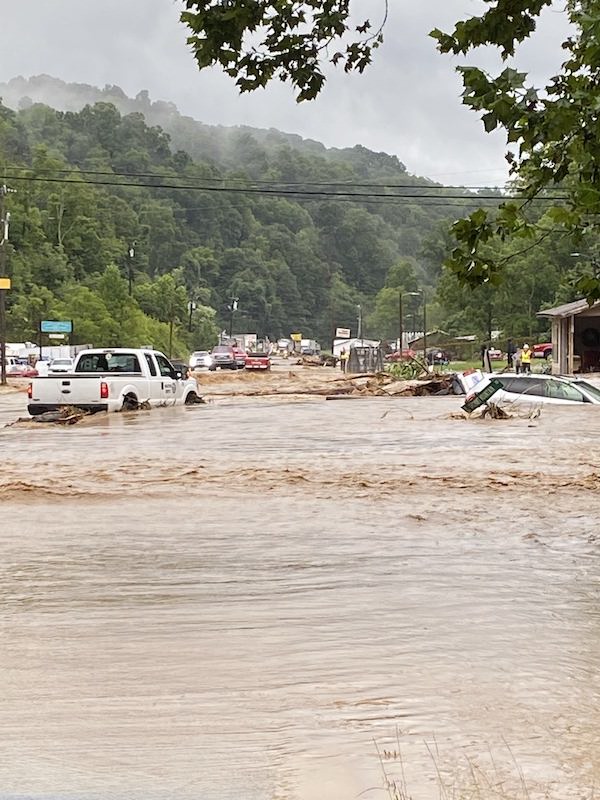 It remained in place until the early hours of this morning after forecasters warned the heavy downpour could hide the tornado.

There were reports of water rescues in Montgomery and Delaware counties after severe rain hit the state as Storm Fred moved up the Appalachian Mountains.

She also warned that nearly a month's worth of rain could fall in just 6-8 hours in some spots.

It comes after widespread flash flood watches were put in place on Wednesday, from upstate New York to West Virginia, Virginia and eastern Kentucky.

🔵 Read our tornado watch live blog for the latest updates

Meteorologists said wind, lightning and the tornado were "the greatest concern".

But the heavier rain is set to scatter on Thursday, with lighter showers forecast for Friday and Saturday as the remnants of the storm move north.

The tropical storm sparked torrential floods, turned roadways into lakes and brought about widespread blackouts in North Carolina this week.

"We have homes that are completely destroyed and off their foundations," Haywood County Sheriff Greg Christopher said.

"Mobile homes that were moved, and mobile home parks that I would call completely destroyed."

The county had declared a state of emergency on Tuesday readying for Fred delivering "landslides and flooding" as well as "power outages, damage to infrastructure and unsafe road conditions."

"It really caught everyone off guard," Transylvania County Chairman Jason Chappell said, according to USA Today.

"No one was forecasting that amount of rain."

Both Haywood and Transylvania counties "were especially hit hard" Gov. Roy Cooper said, with a foot of rain.

The governor also mentioned that he was learning about unconfirmed reports that water levels surged "3 to 7 feet higher than their previous high watermark," according to the Charlotte Observer.

The state Department of Transportation described Fred’s damage as "a scar on western North Carolina" and posted a video clip of mud sliding roads and fallen trees and utter destruction by the tornadoes that also hit.

There were 50,000 people who suffered power outages and as of late afternoon Wednesday 11,600 were still in the dark, the Charlotte Observer reported.

A total of 98 rescues were conducted during Fred’s wrath and "approximately 250 public safety personnel are conducting rescue operations by boat and aircraft."

Since Fred made landfall in Florida, President Joe Biden declared an emergency in the state and "ordered Federal assistance to supplement State, tribal, and local response efforts due to the emergency conditions resulting from Tropical Storm Fred," according to a statement from the White House.

It then barreled into Georgia causing emergency crews to fan out and repair fallen downed power lines and downed trees as numerous schools and colleges in Florida, Alabama and Georgia canceled Tuesday's classes due to the storm.

The National Weather Service (NWS) has downgraded Fred as a post-tropical depression.

Flash floods are very much expected as the system moves over the Northeast, including New Jersey and New York.

Fred is expected to bring "the threat of heavy rainfall and severe weather into the Northeast and Mid-Atlantic through Friday," according to the NWS.

The agency described conditions as both "cooler and wetter" comparably to the first punishing days after Fred arrived.

In fact, multiple states around New York are set to be threatened with severe weather, with "heavy and excessive rain, where numerous instances of flash flooding can be expected as rounds of thunderstorms" fall over the same area.

As Fred continues to punish the US, Tropical Storm Grace gathered the strength to be listed as a Category 1 hurricane on Wednesday as it neared Mexico’s Yucatan Peninsula.

The storm prompted mudslides and drenched those who were already cramming into hospitals from earthquake-related wounds.

Meanwhile, Tropical Storm Henri is expected to increase its fury to hurricane strength by this weekend as it closes in on New England, Weather.com reported.

"Swells could increase along the southeast and mid-Atlantic U.S. coasts by the end of the week," the Hurricane Center reported.

These swells could cause life-threatening surf and rip currents."

It’s still too early to predict Henri’s path as it is about 300 miles southwest of Bermuda.

Henri is located about 300 miles southwest of Bermuda and is moving westward. 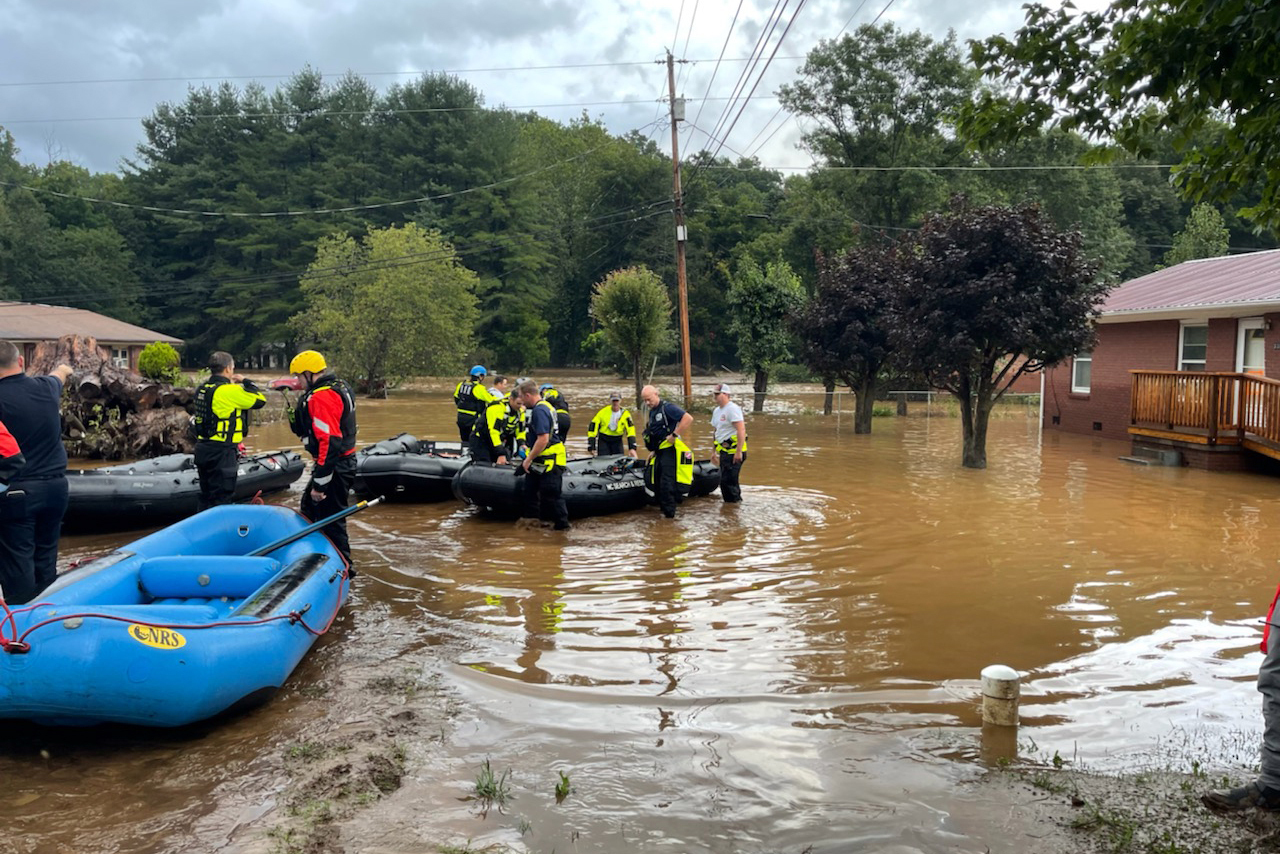 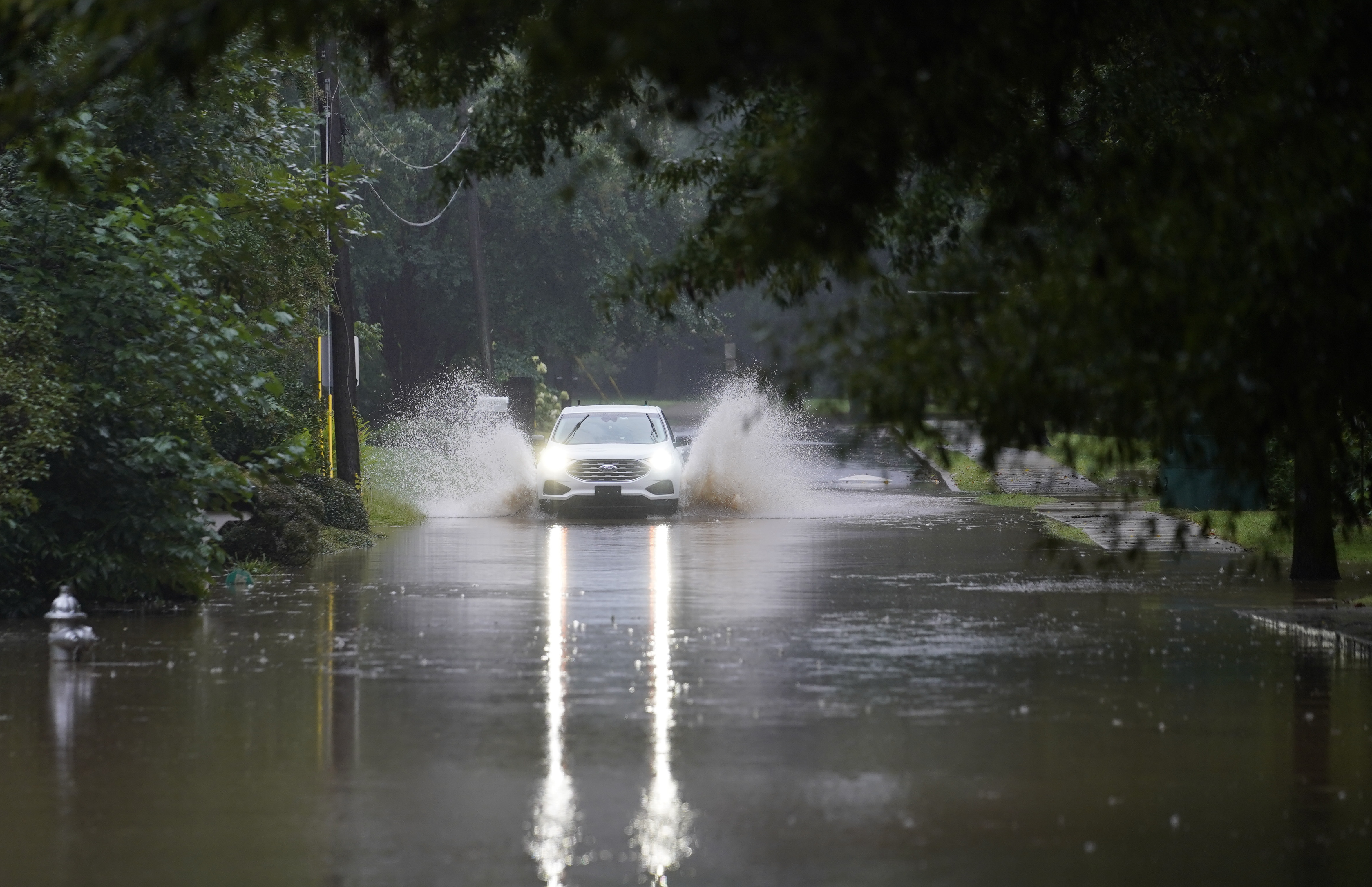