Holiday makers were left terrified when a children’s entertainer walked around a hotel pool with what looked like an assault rifle.

Terry Massey, 53, was staying at the Oasis Village hotel on Fuerteventura, in the Canaries, Spain, when the man appeared wearing a white wig.

He said his four-year-old daughter was so scared by the ‘sick’ stunt that she refused to get back into the pool, reports the Sunday Mirror. 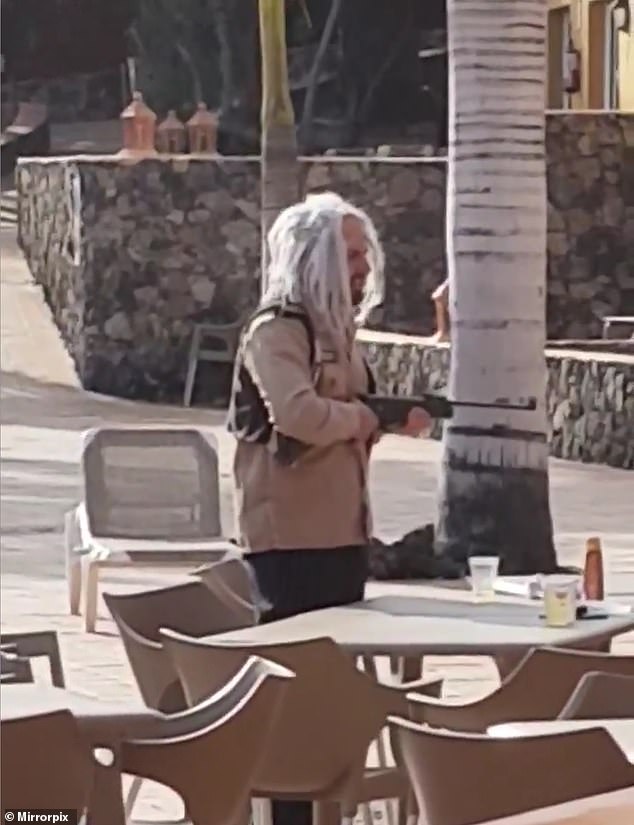 Mr Massey, who is from Barnsley, South Yorkshire, said: ‘This bloke just appeared carrying a gun. I don’t think it was funny.’

The tattoo artist went on to explain how his little girl didn’t want to go swimming again ‘in case the man with the gun came back’.

It is thought that the entertainer had been wandering around the pool as part of a game which involved going on a rabbit hunt. 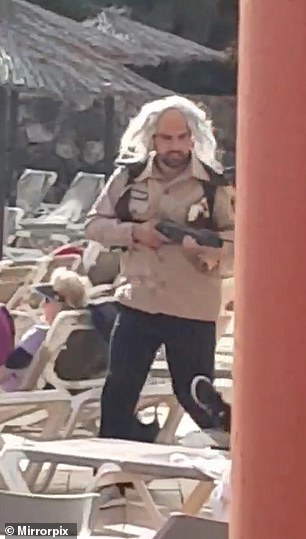 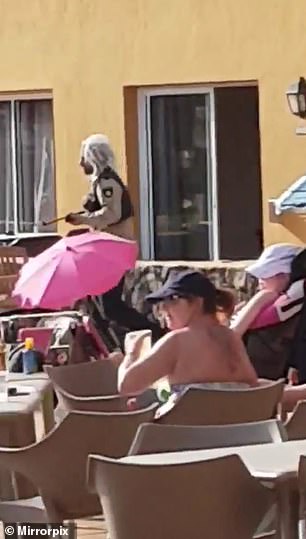 The man wore a fake long white wig and stomped around the poolside area waving a fake assault rifle at confused sunbathers. Thomas Cook said they are investigating the incident but had not hired the children’s entertainer 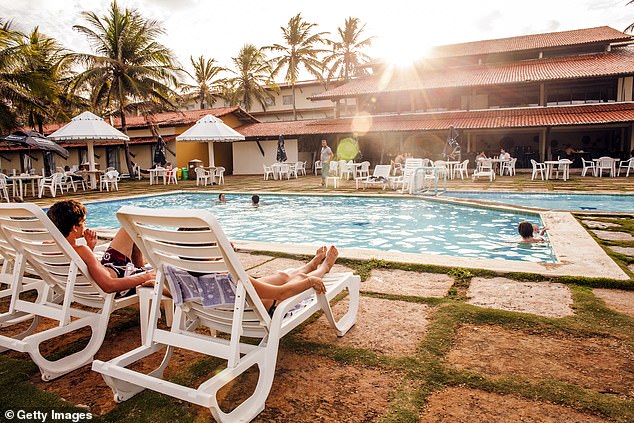 Holidaymakers were terrified when they saw a children’s entertainer walking around the pool with what looked like an assault rifle at hotel in Fuerteventura, Spain (file picture)

Thomas Cook told the Mirror that the ‘costume was completely inappropriate’ and that they are investigating but that they did not hire the children’s entertainer.

The stunt reminded tourists of the 2015 terror attack in Tunisia where 38 people died, including 30 Britons in Sousse.

On June 26, 2015, Seifeddine Rezgui, 23, walked on to the beach of the Riu Imperial Marhaba Hotel in Sousse armed with a Kalashnikov assault rifle. 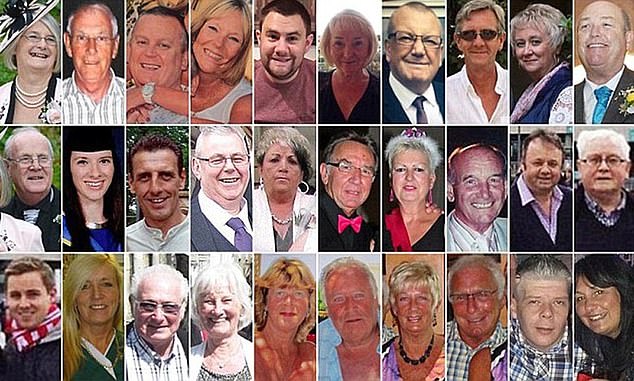 Thirty Britons were among the 38 victims of the 2015 terror attack at a resort in Sousse, Tunisia 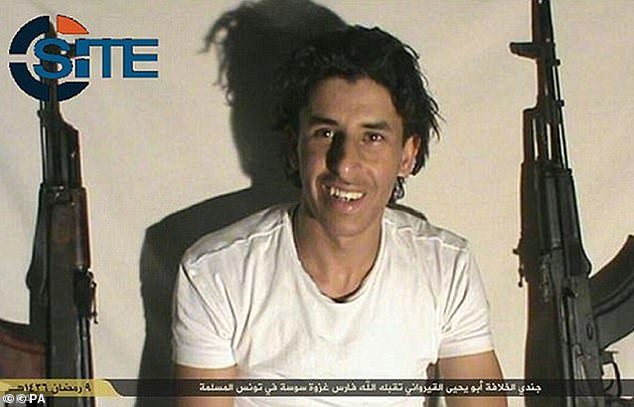 He started shooting at tourists sunbathing in lounge chairs and continued on to the hotel pool before throwing a grenade into the hotel.

Islamic State claimed responsibility for the attack and around half an hour passed between Rezgui’s first shots and his being killed by police.

In January this year the trial of 17 people accused of complicity in the massacre reopened in Tunis and the judge revealed the results of Rezgui’s autopsy.

Judge Rached Sebii and five colleagues confirmed Rezgui had taken one drug to enhance physical endurance and another to reduce emotional response.

The drugs were not specified but the Associated Press reported the judge said Rezgui’s post-mortem showed the presence of an illegal drug as well as medication.